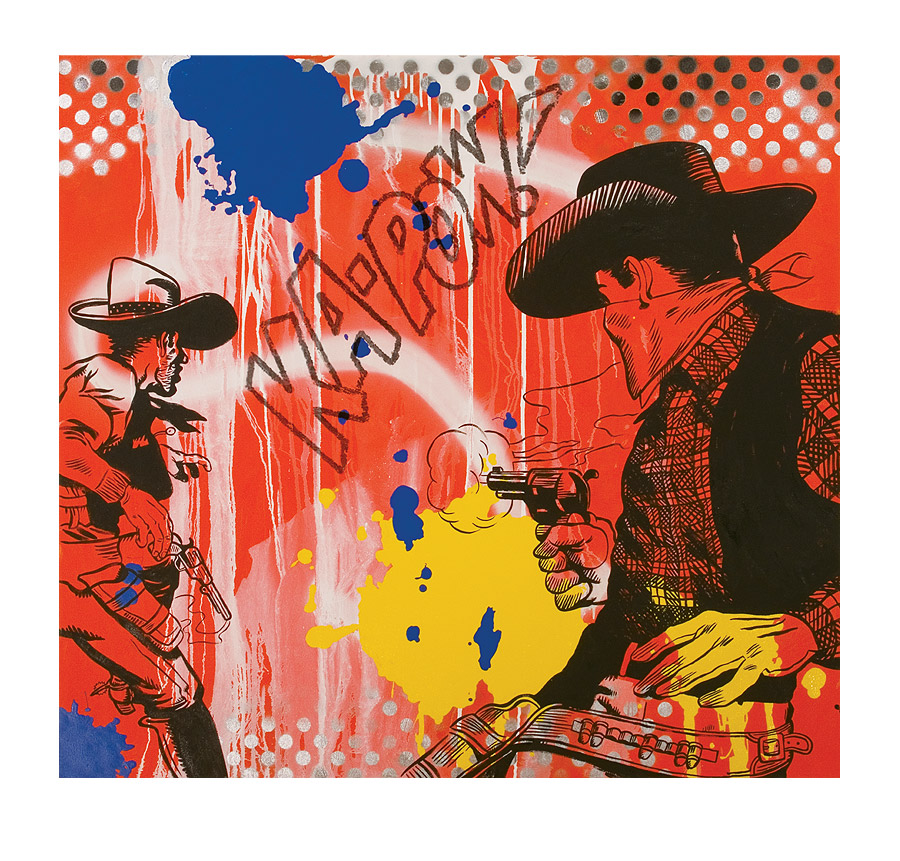 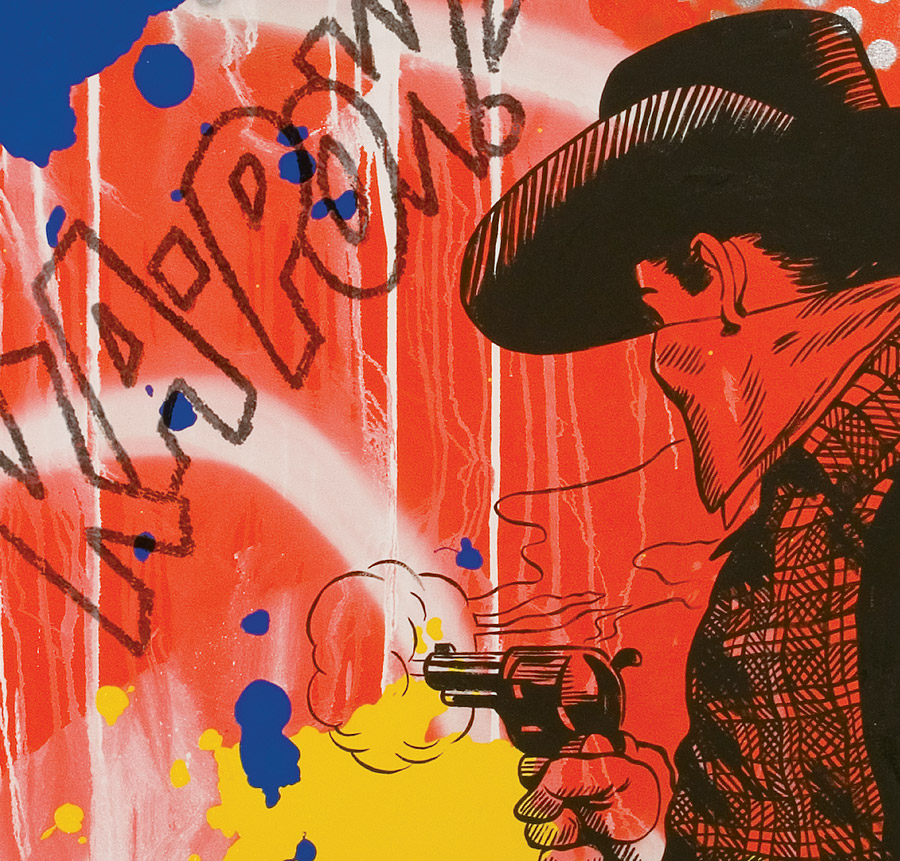 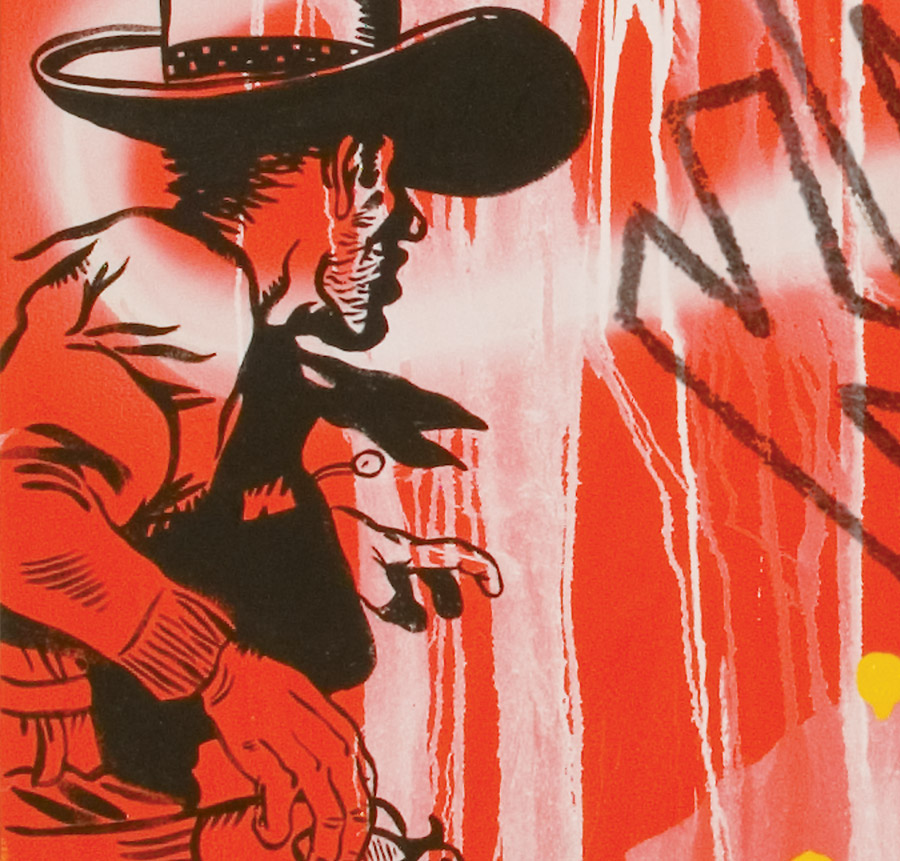 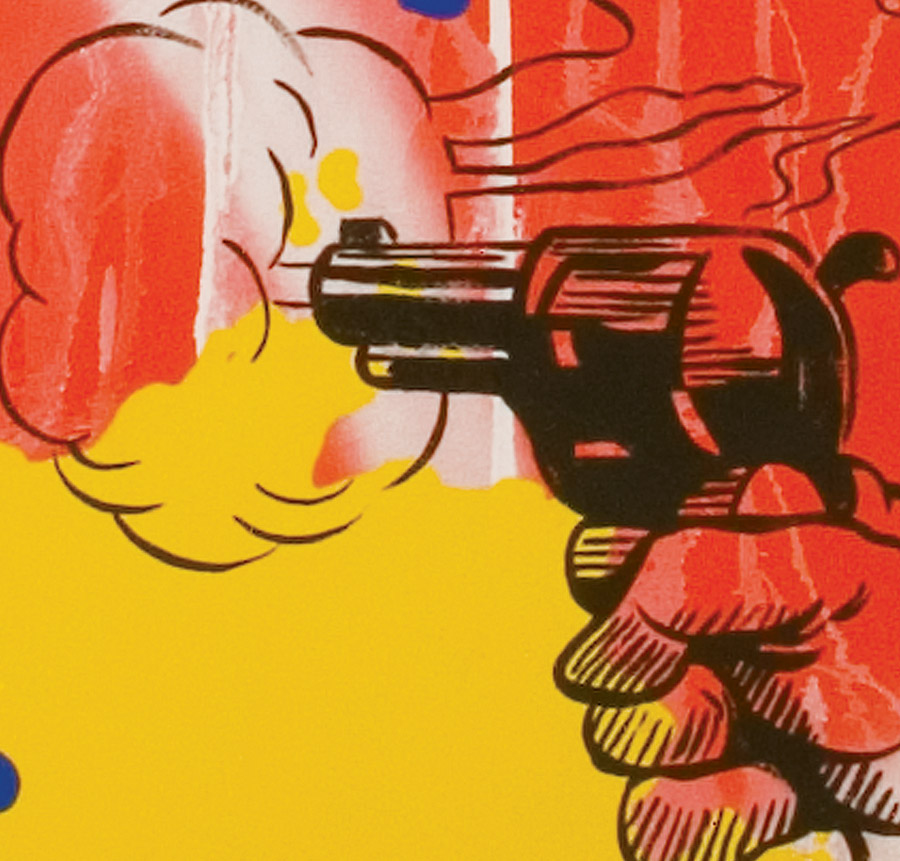 ABOUT THIS ART:
Look very closely at this Matt Straub work for a second or two. Now close your eyes and ask yourself this question: Whom did you identify with almost automatically? The shooter or the man being shot?

The iconography of popular culture - a nexus of symbols that any person raised on comics or graphic novels is familiar with - is a deceptively straightforward one. All we need is the context of plot and characters in order to validate the linear logic of correct actions and reactions. Without that context, however, there is only a surmise that a bullet has found the right trajectory of justice. The quick and the dead are almost instinctively translated to the right and the wrong.

The masked man in the picture doesn't seem that eager to voice an opinion. For that matter, would he have to?

MORE
ABOUT Matt Straub:
With a bold comic visual vocabulary and sensibility, Straub's paintings echo the period of transition between Abstract Expressionism and Pop Art. Featuring classic Western iconographic images of cowboys, cowgirls, guns, and horses, Straub's paintings and collages depict the humorous and violent narratives and sentimental mythologies of the American West – a landscape defined by melancholy sunsets, badlands, gunfights, outlaws and red-blooded heroes. His references include Hollywood Westerns and the Comics and Pulps of the 1940s-50s.
MORE
MORE FROM Matt Straub
SOLD OUT
Run of 30
Favorite 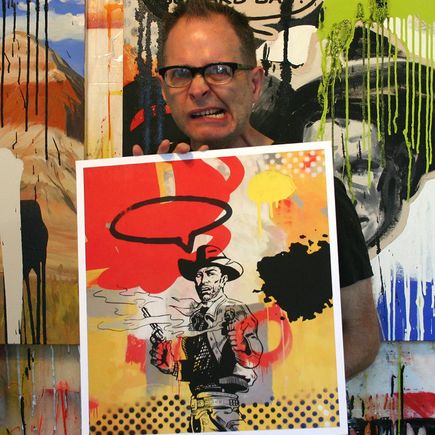