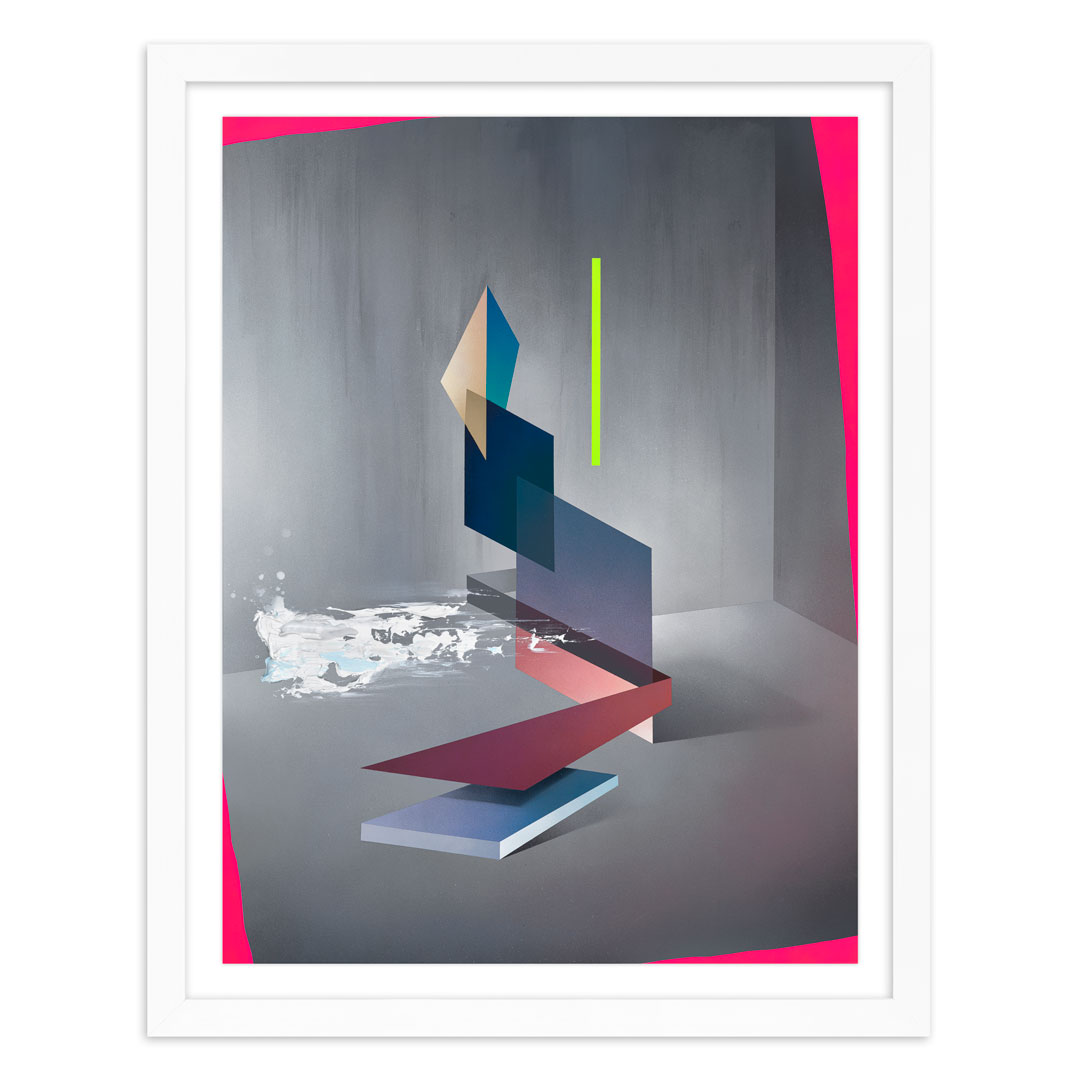 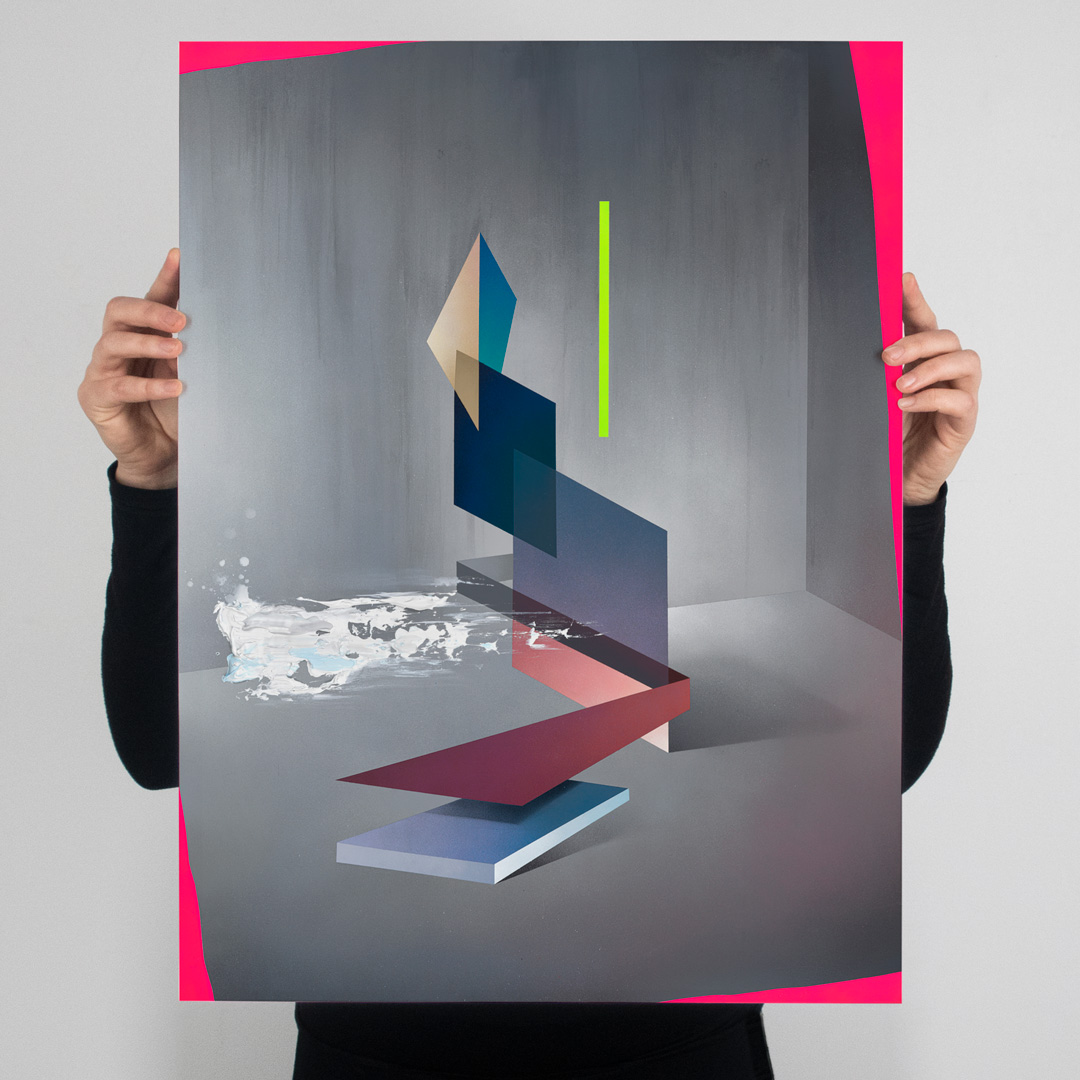 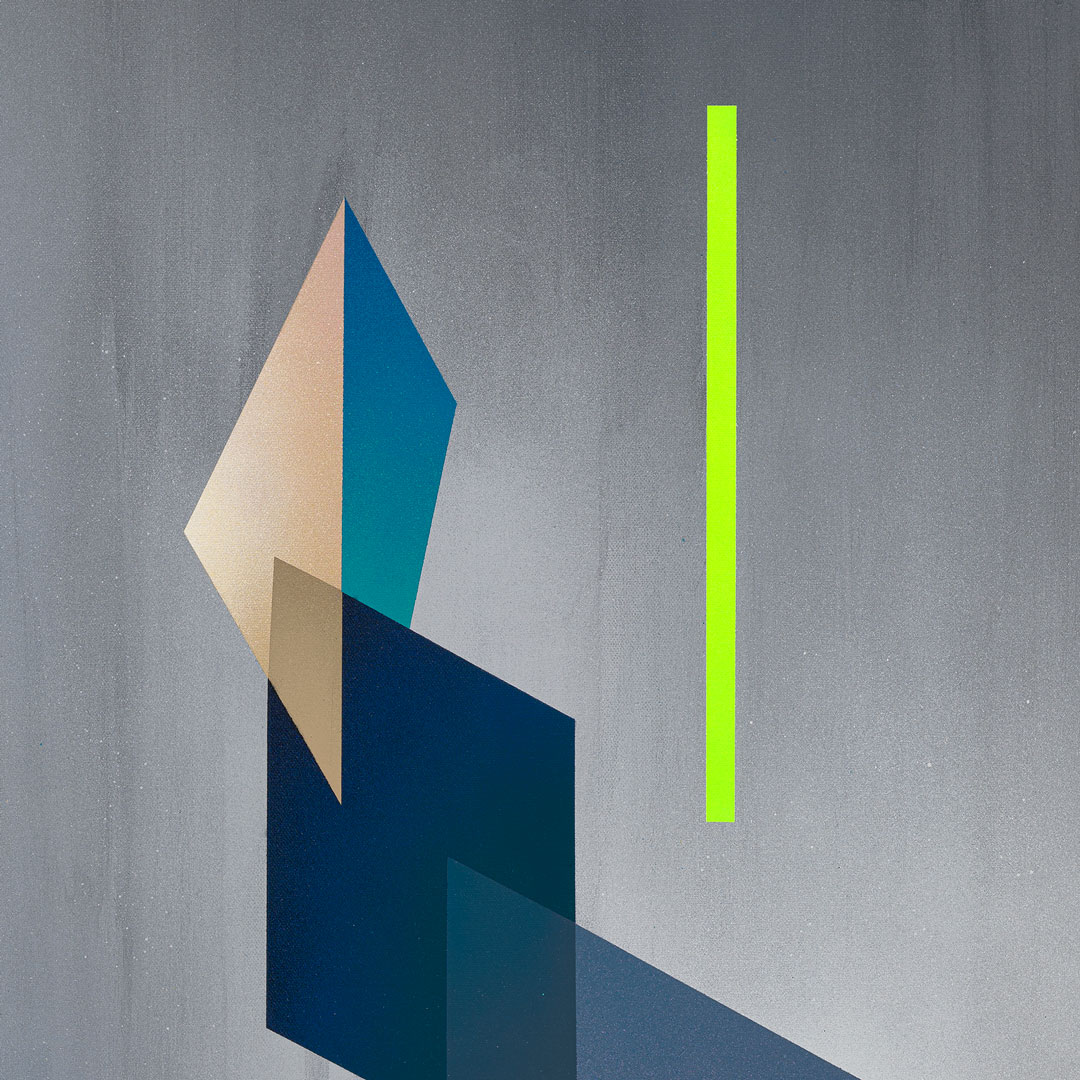 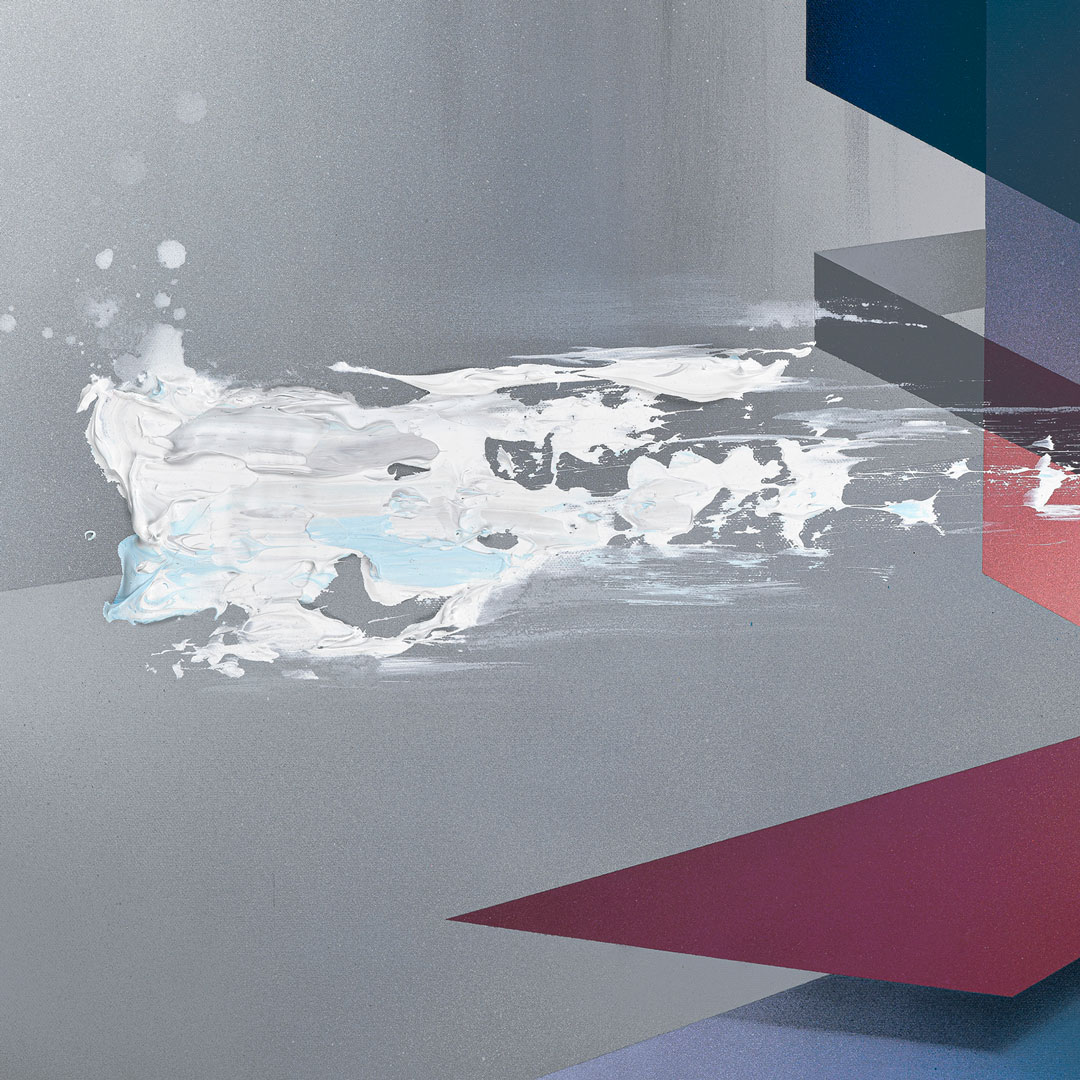 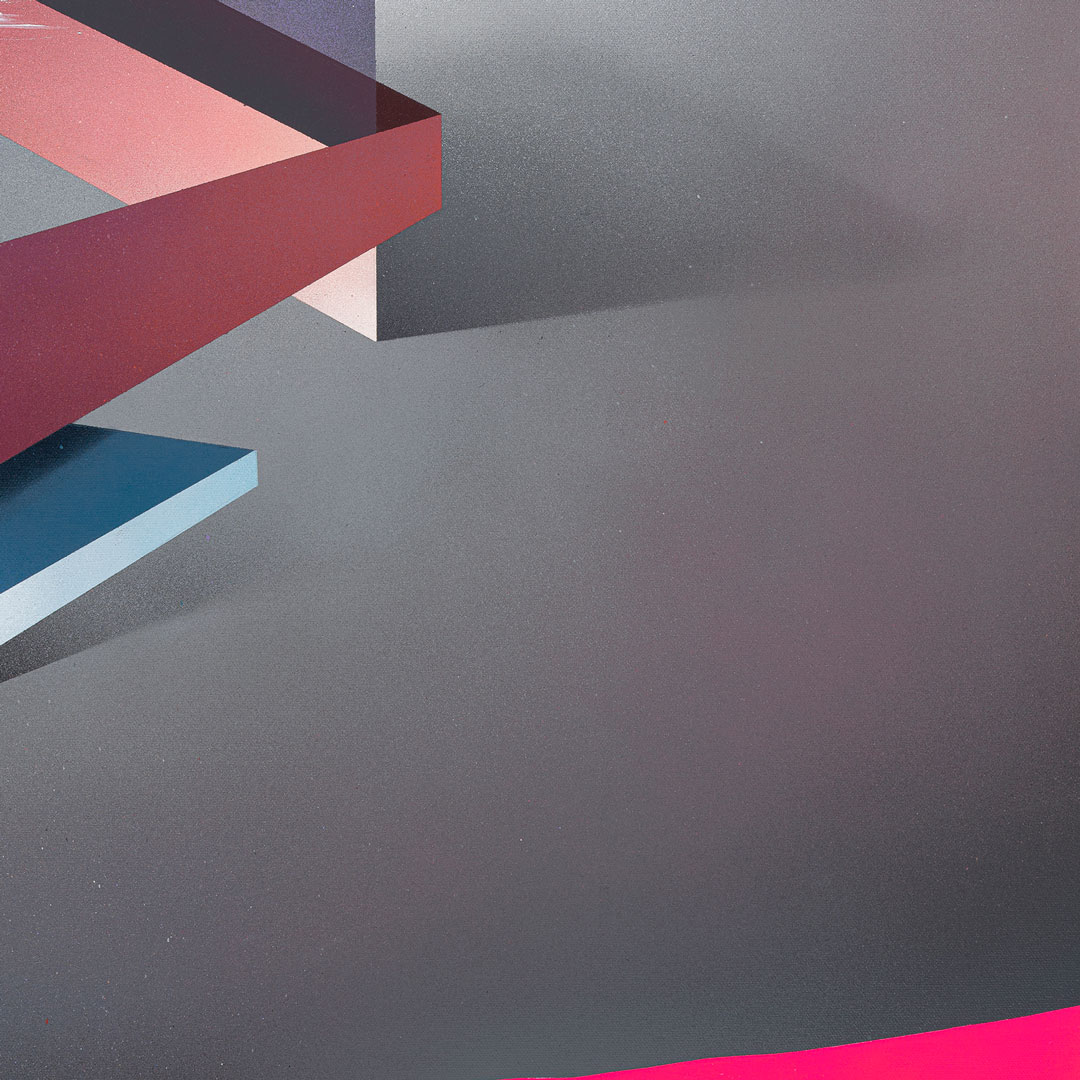 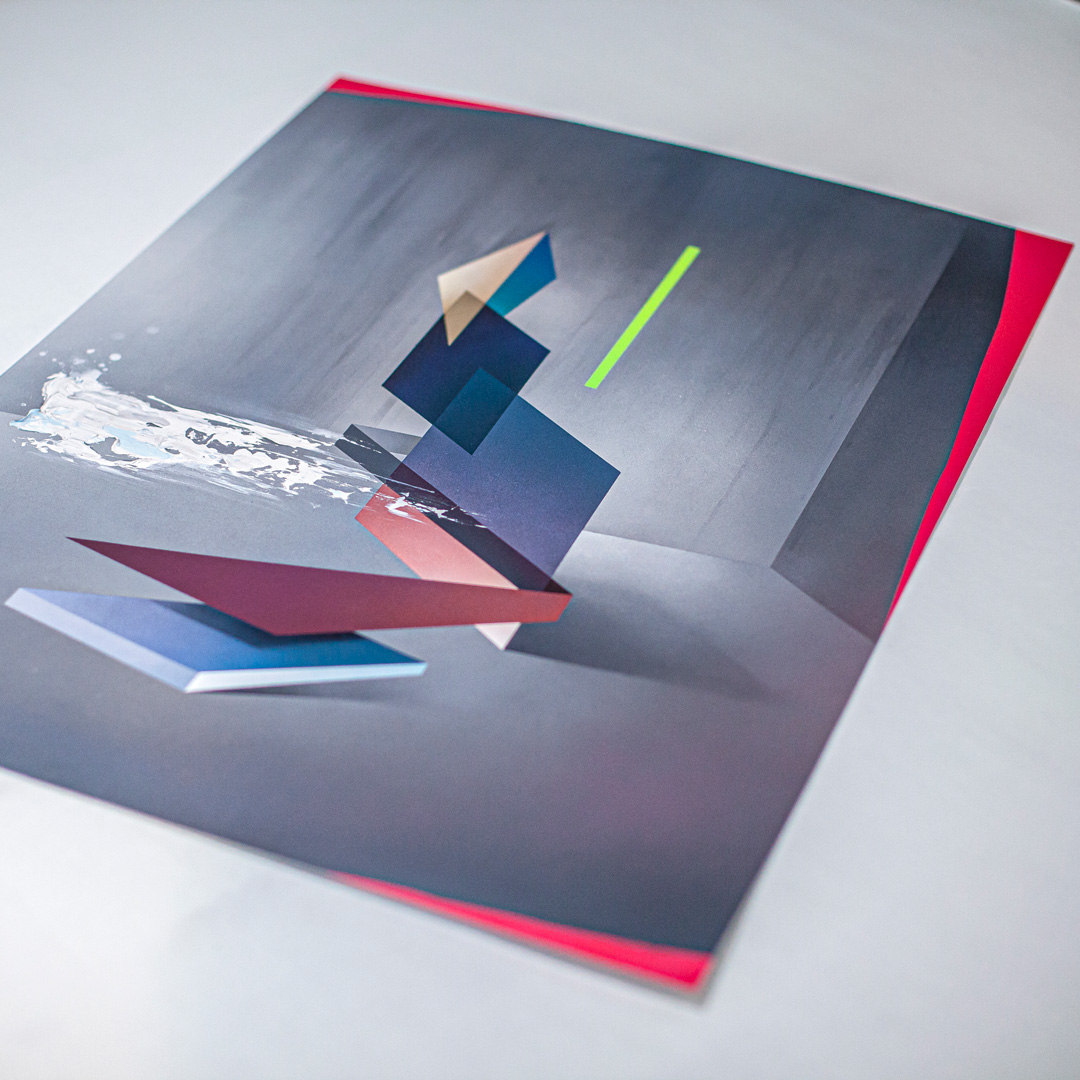 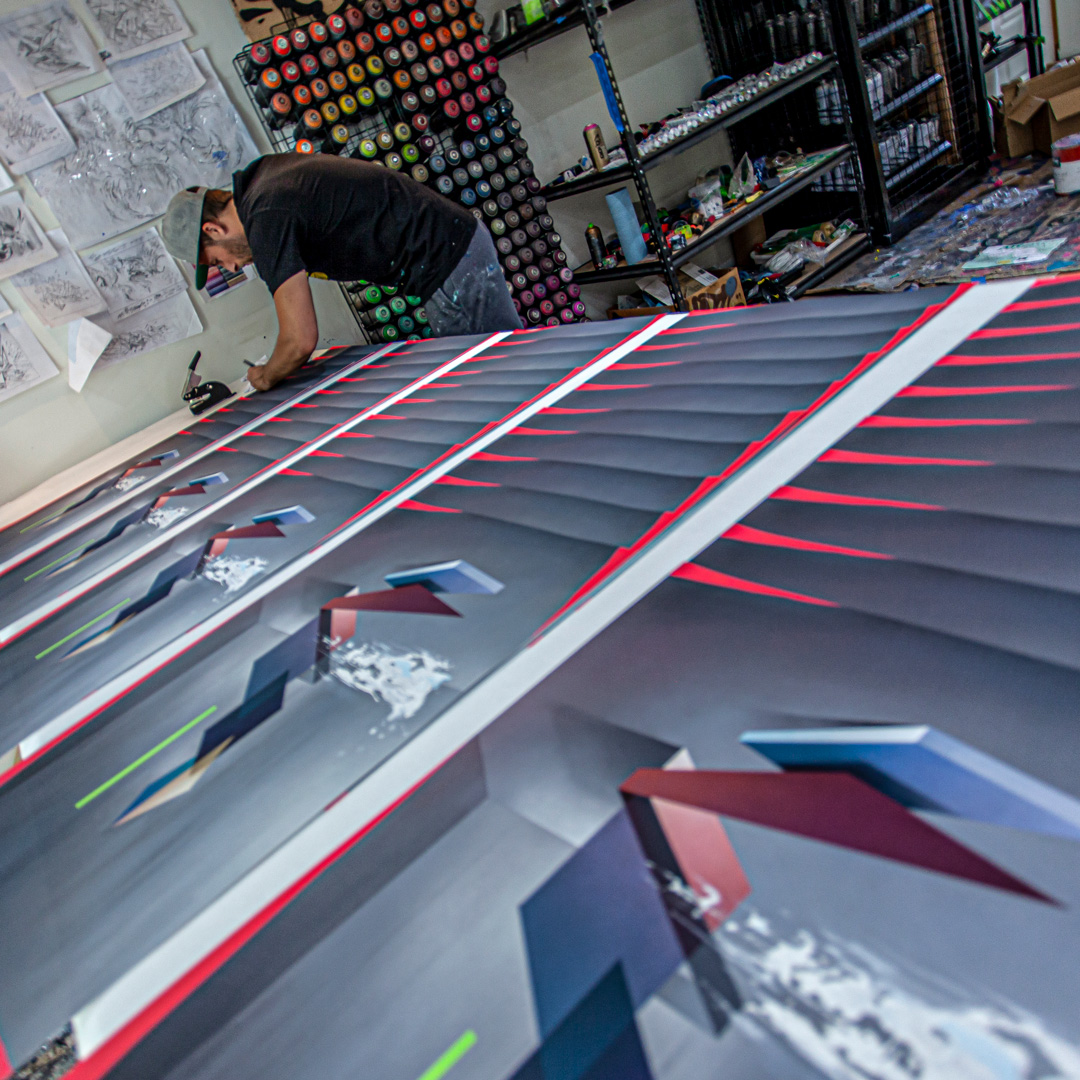 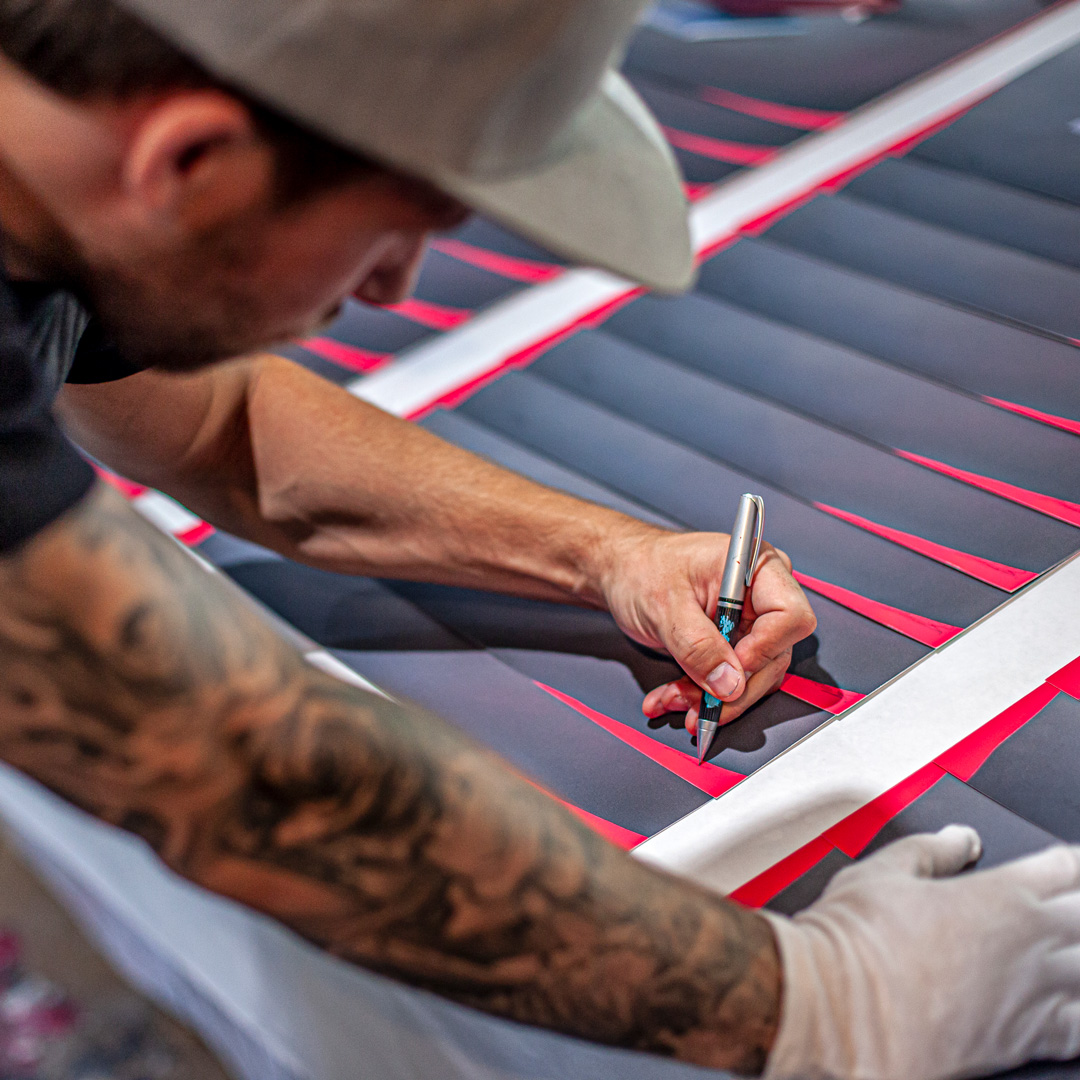 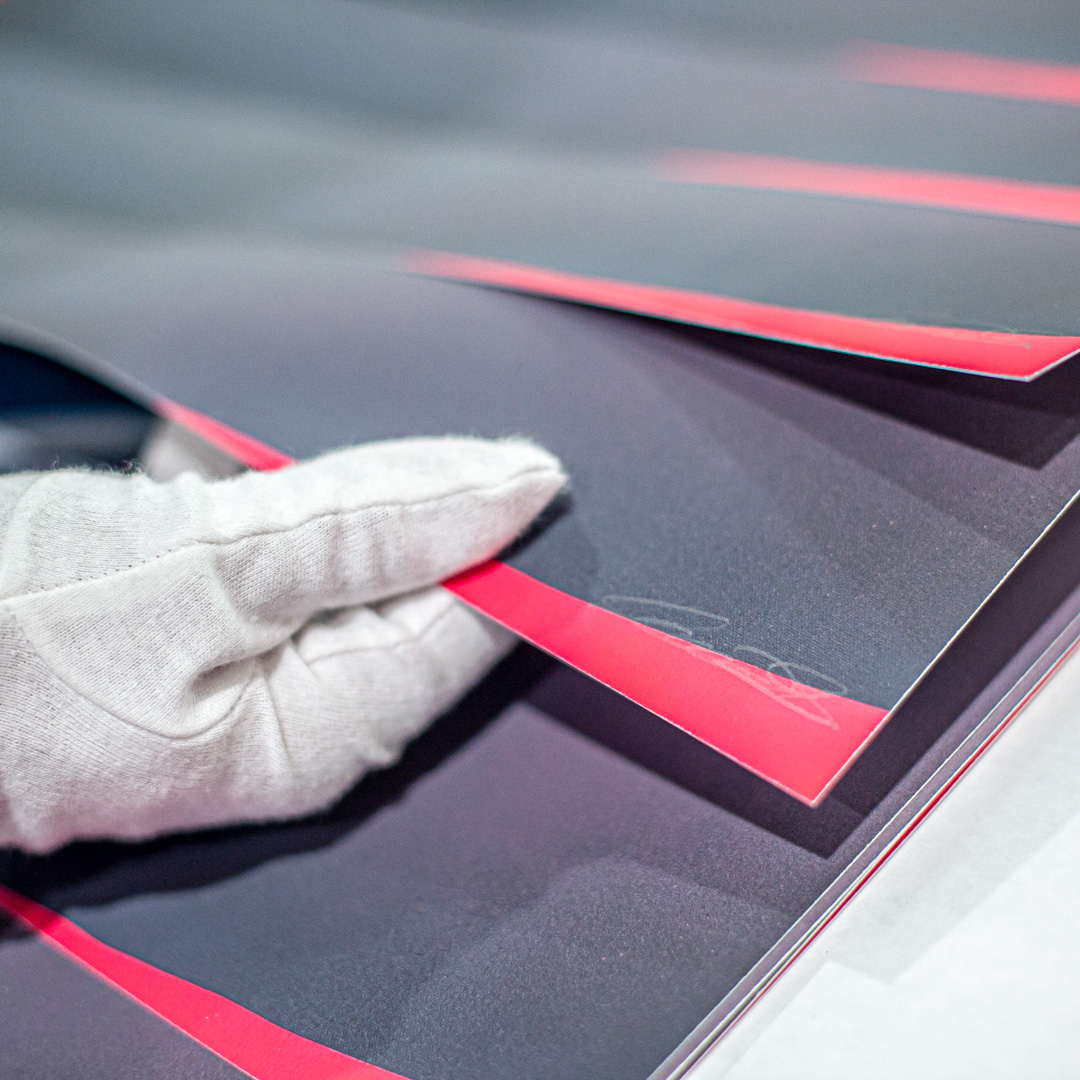 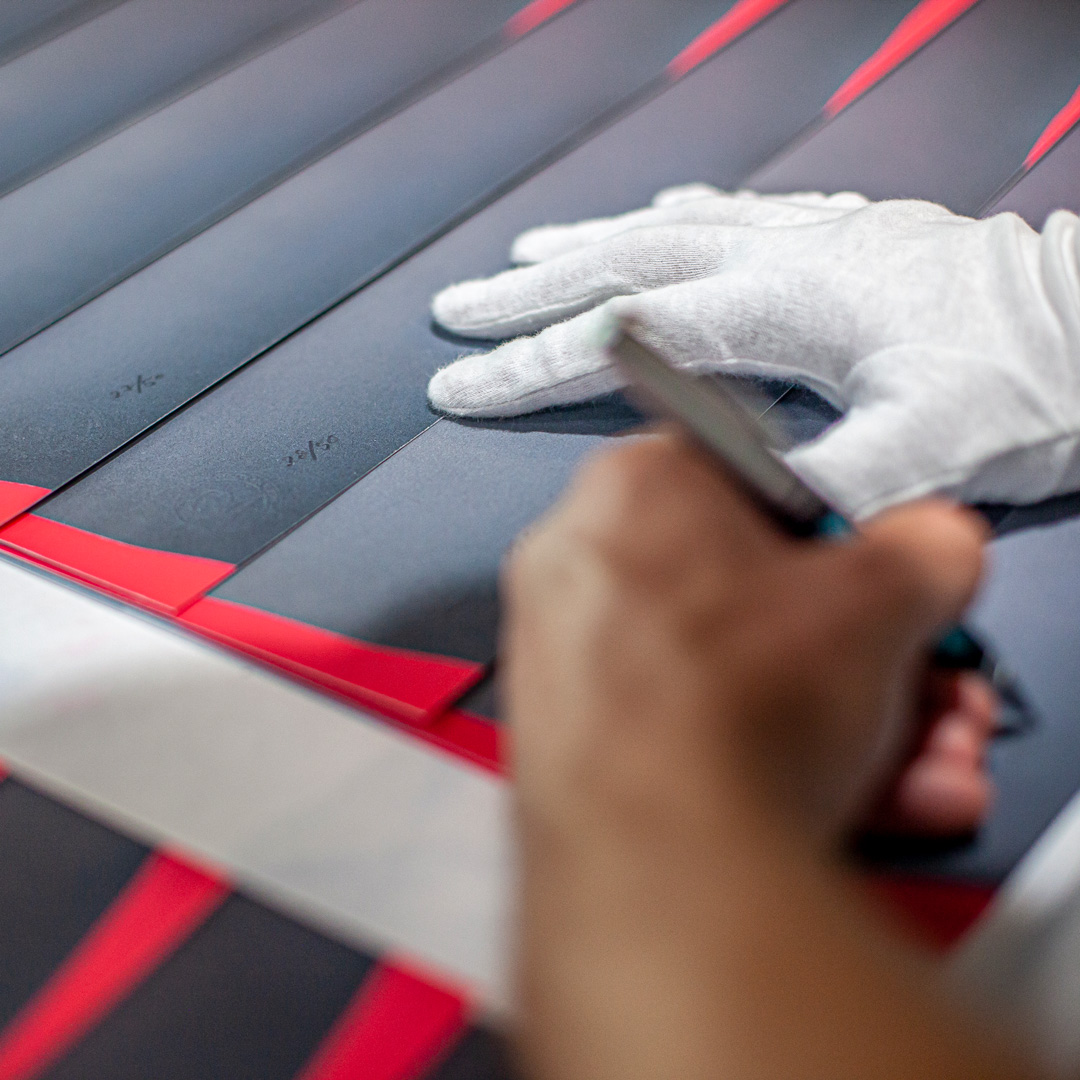 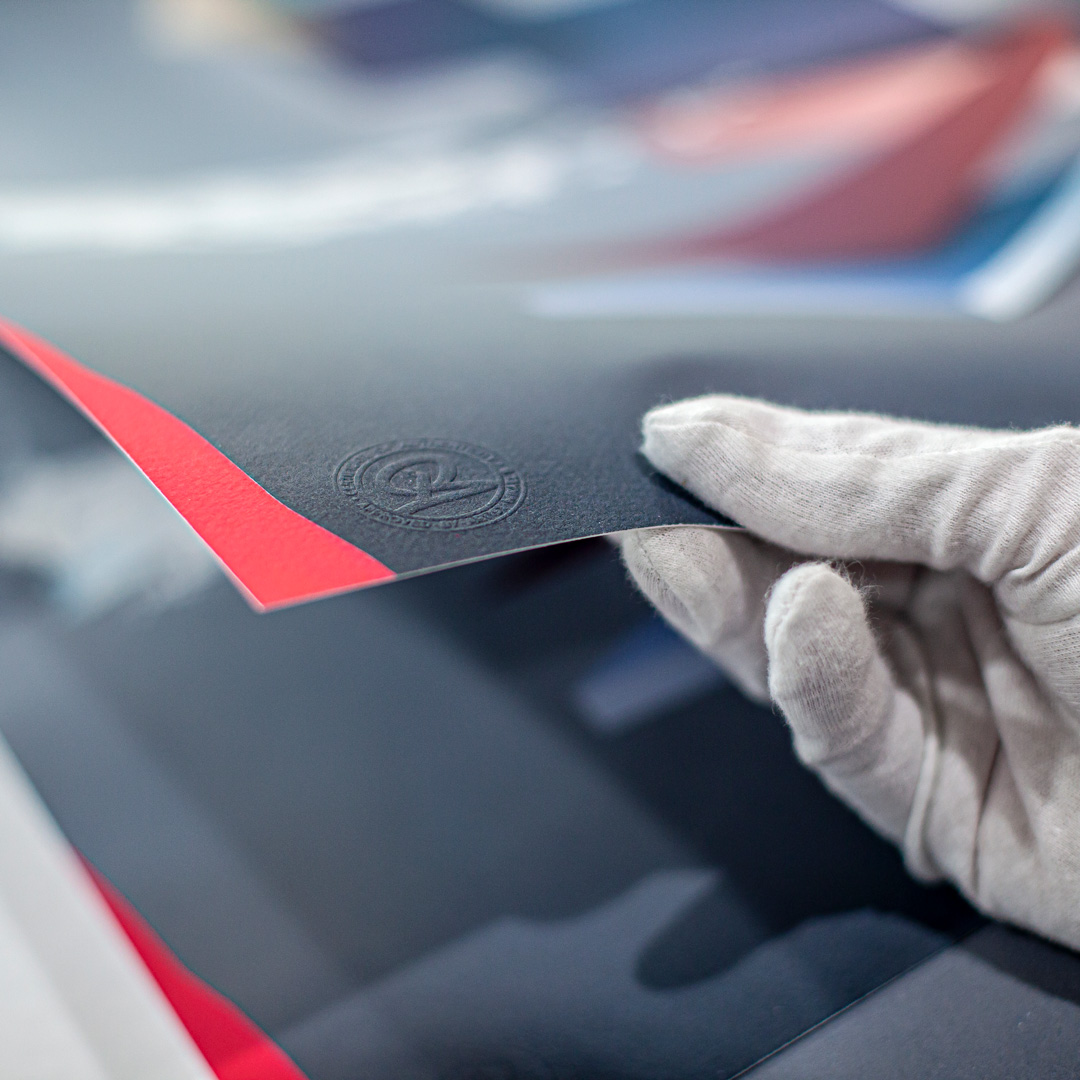 ABOUT THIS ART:
“This is a new state of mind for me. Letting go of everything I don’t need and everything that makes a noise and only concentrate on what really matters.” - Mikael B
MORE
ABOUT Mikael B.:
Influenced by his early years as a graffiti artist and working within the urban contemporary genre, Mikael B developed a signature artistic expression and identity. By combining the graphic footprint of wildstyle graffiti, a complex and intricate genre in which forms, words, and letters are woven together with bold colors and graphic shapes, he creates a dynamic universe that are akin to musical visualization.

The artist’s sense of colours and their effects play a significant role in each piece, bursting with complimentary colours to further fuel a near overwhelming visual appreciation of his work. These expressive pieces have a volcanic energy, uncompromising attitude, and inherent candidness which invite interpretations and appeal through their explosive colours and geometric shapes.

It is through each piece that Mikael B creates a universe where everything is possible – a notion which goes in line with his personal way of life. As a young boy, Mikael B had an urge to express himself. Attending primary school in the picturesque rural town of Tuse Næs, west of Copenhagen, he filled his notebooks with sketches instead of homework. During breaks, he offered his classmates the sketches as tattoos – an offer that was immensely popular.

His parents were attentive to his needs, letting him unfold his talent on large plywood panels in the backyard. Soon, his mates asked him to paint the walls of their teenage rooms.

It was no surprise that Mikael B later joined the graffiti milieu of southwest Copenhagen, painting hundreds of walls in just a few years under his alias “KETS”. After leaving military service, and still fueled by a passion to express himself in shapes and colours, there was only one possible route that appealed to him: Graphic design.

Mikael B’s need for independence, however, was so great that halfway through his education he left his internship to start his own design agency: IDentity Provided. Here, he helped companies express their identities by designing logotypes and websites, ultimately creating each company’s individual presentation to the world.

Throughout the years, however, Mikael B still had a strong urge to focus solely on his art. It was a simple situation that gave rise to make his dream come true. One day he realized that he could not find a suitable world map for his Copenhagen apartment, so he decided to design one himself. The result was a dynamic, passionate colour explosion titled “Vibrant World.”

Friends and acquaintances wanted prints, but it wasn’t until a photo of the piece posted on Facebook received 22,000 comments and over one million views, that he was convinced to go all in on his art career. He sold the agency and moved to Los Angeles to pursue his dream. In just two short years, Mikael B’s lifelong dream has become a reality. His monograph is bursting with dynamic artworks on canvas and walls, commissioned by clients that include Google, LinkedIn, Nike, and American Express. With numerous gallery exhibitions on his resume, Mikael B has been invited to participate in the renowned art fair Art Basel in Miami the past three years and counting
MORE
MORE FROM Mikael B.
SOLD OUT
Run of 50
Favorite Mikael B.
Weightless
SOLD OUT
Run of 50
Favorite 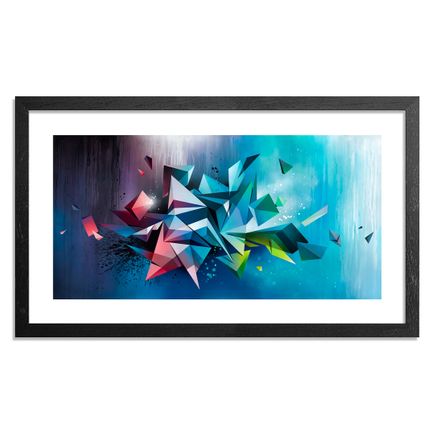