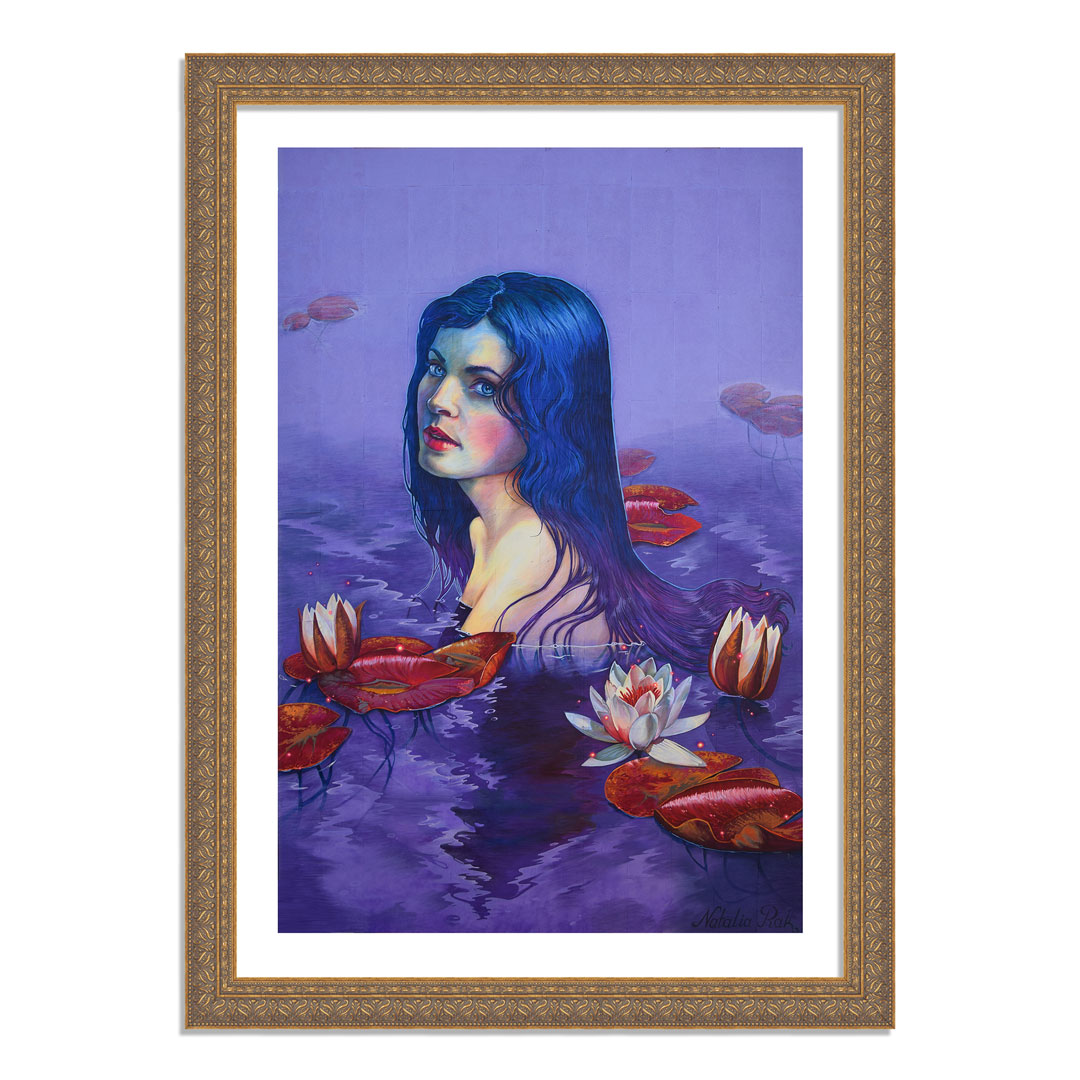 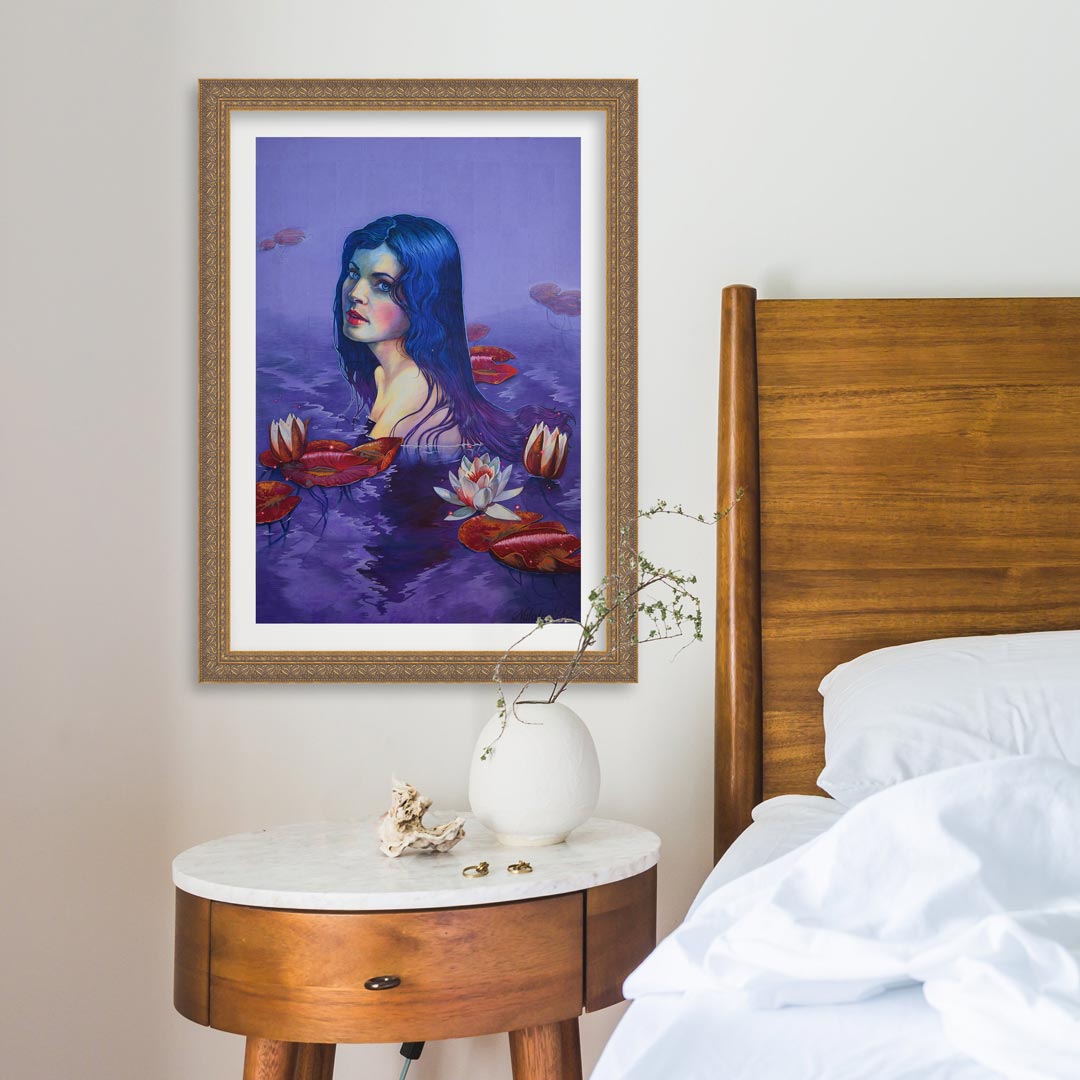 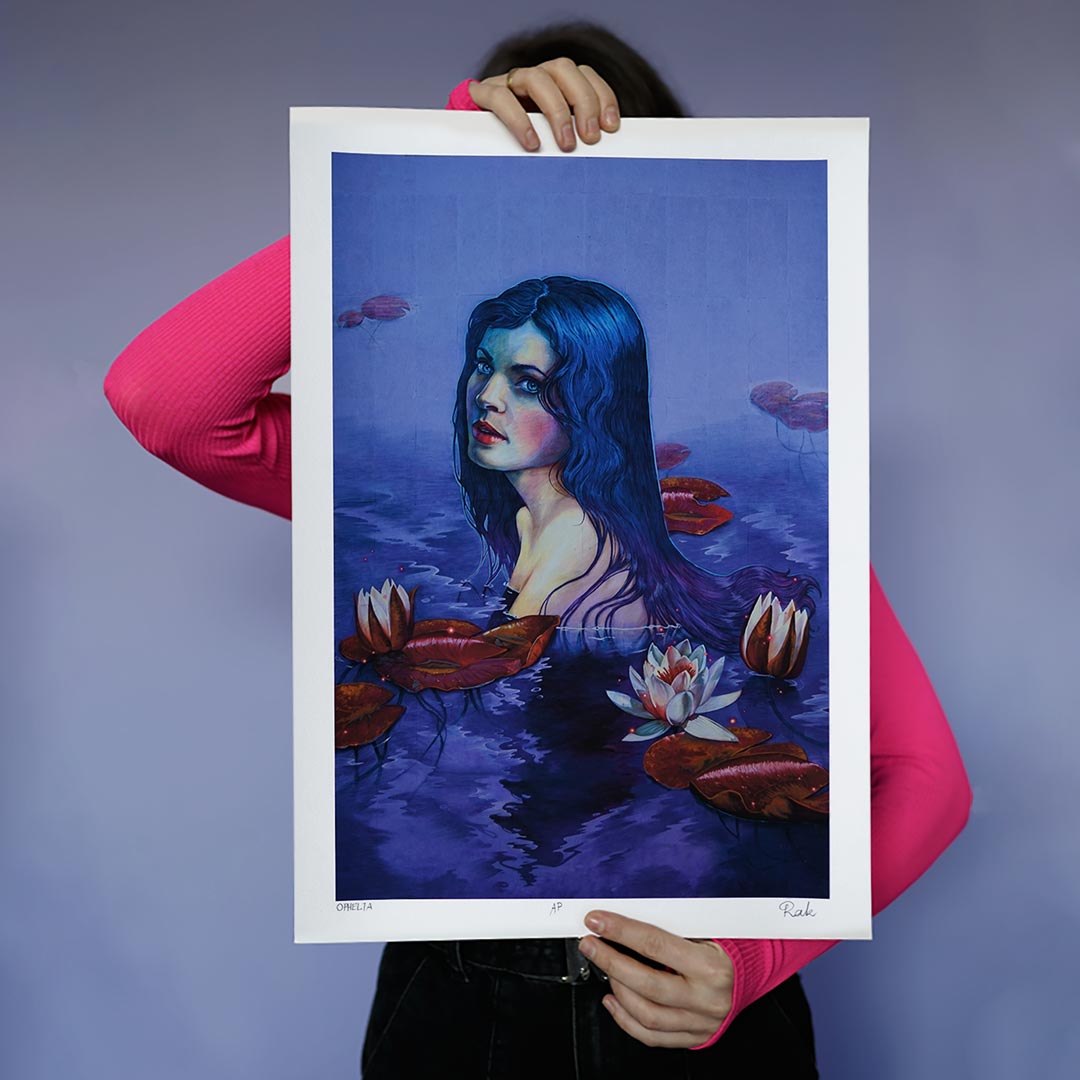 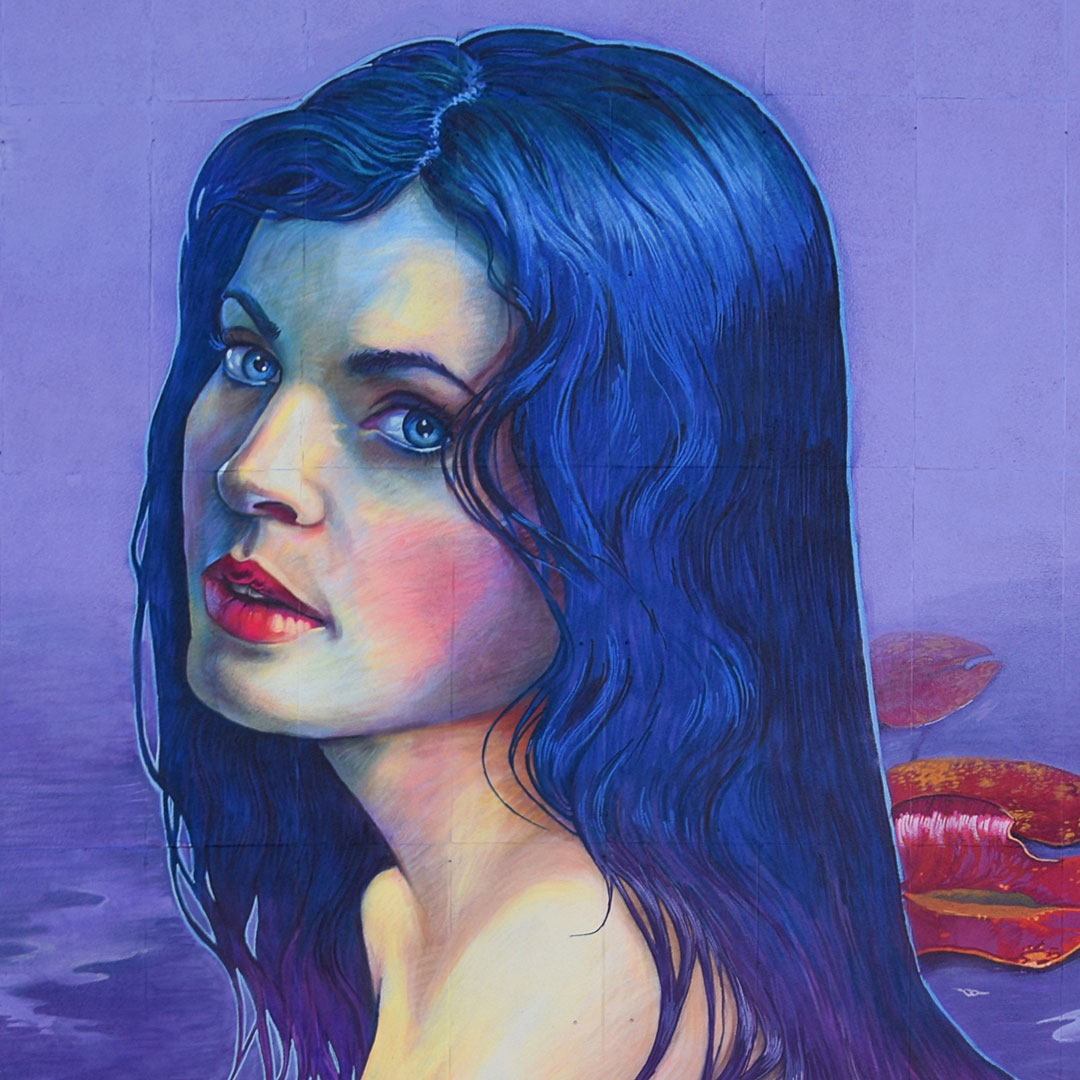 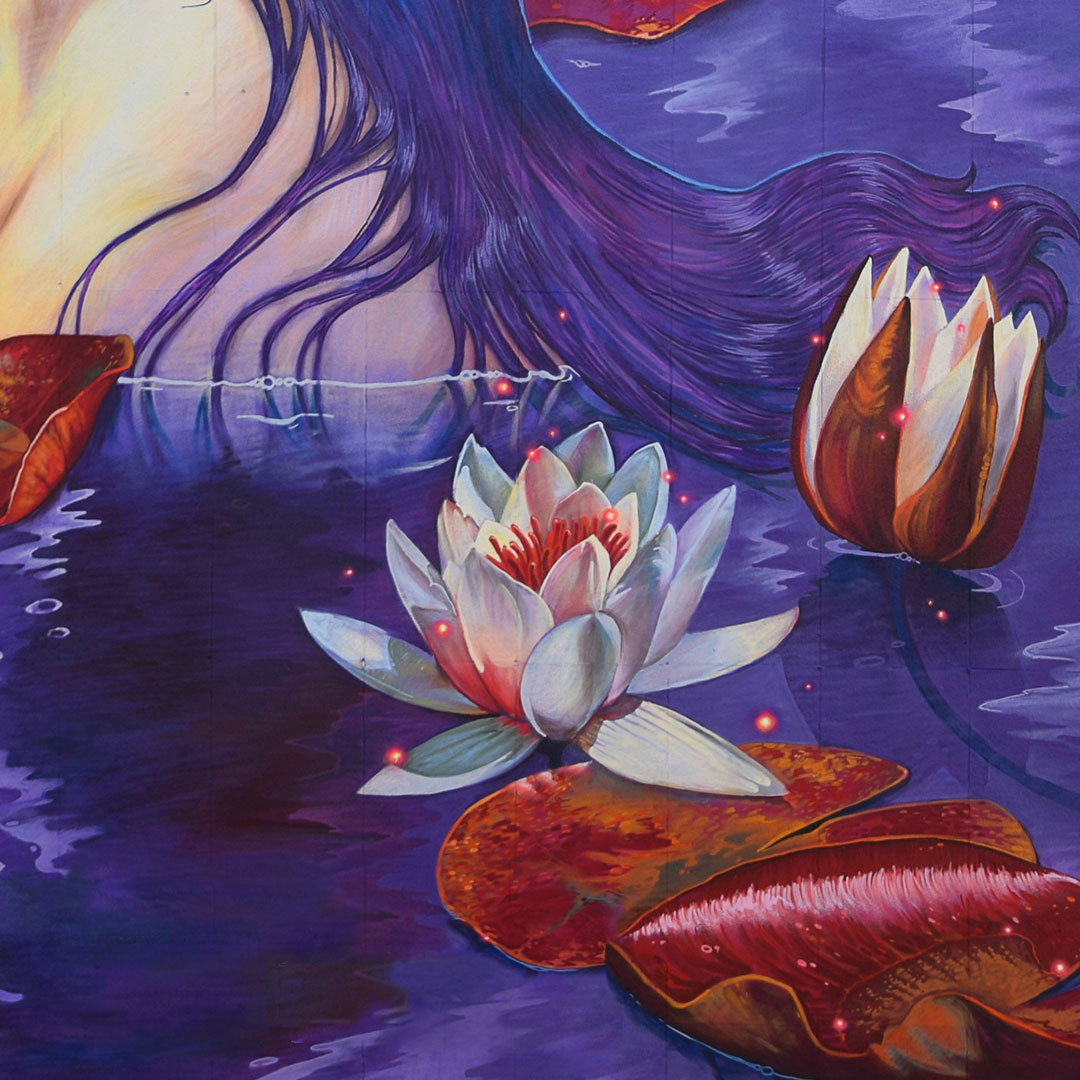 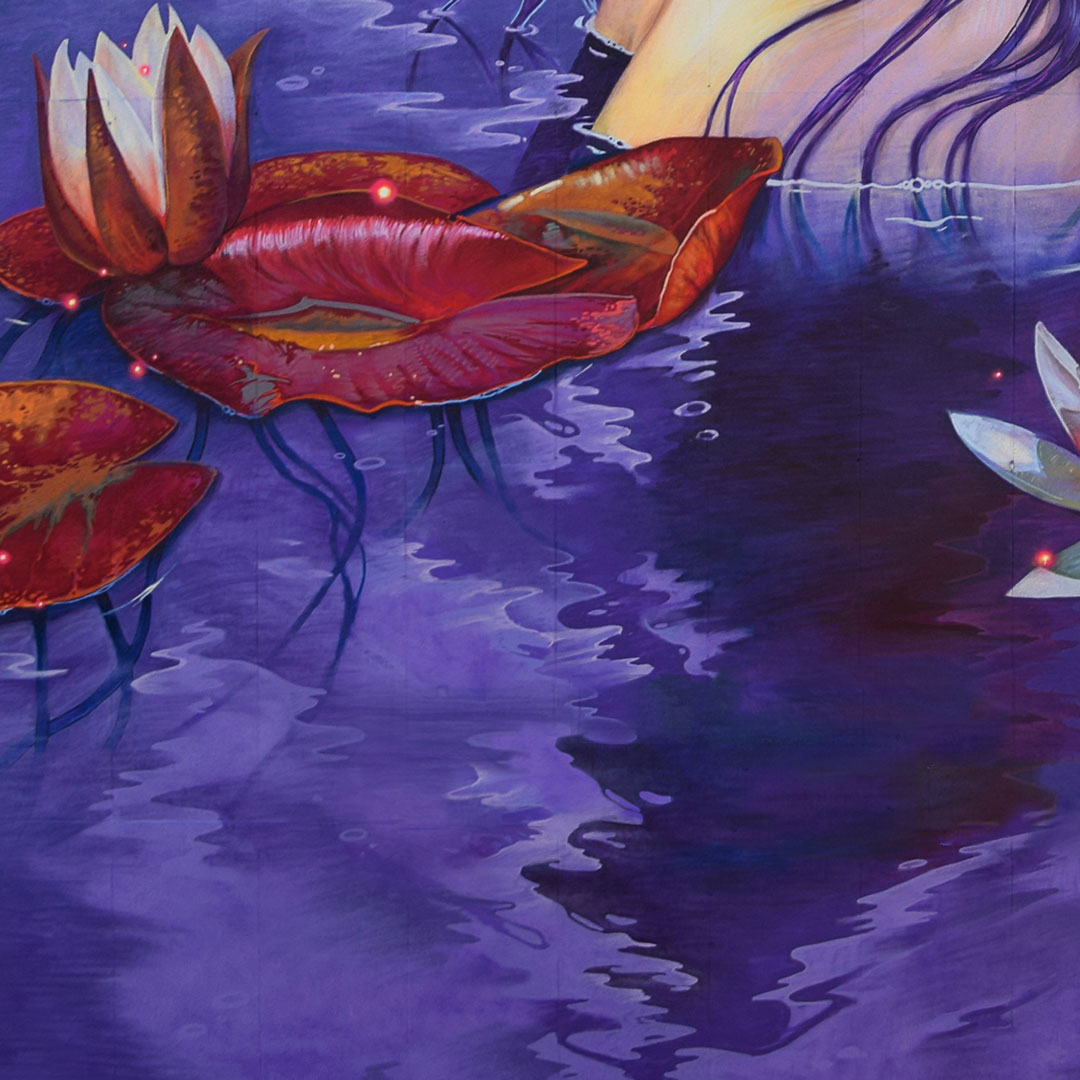 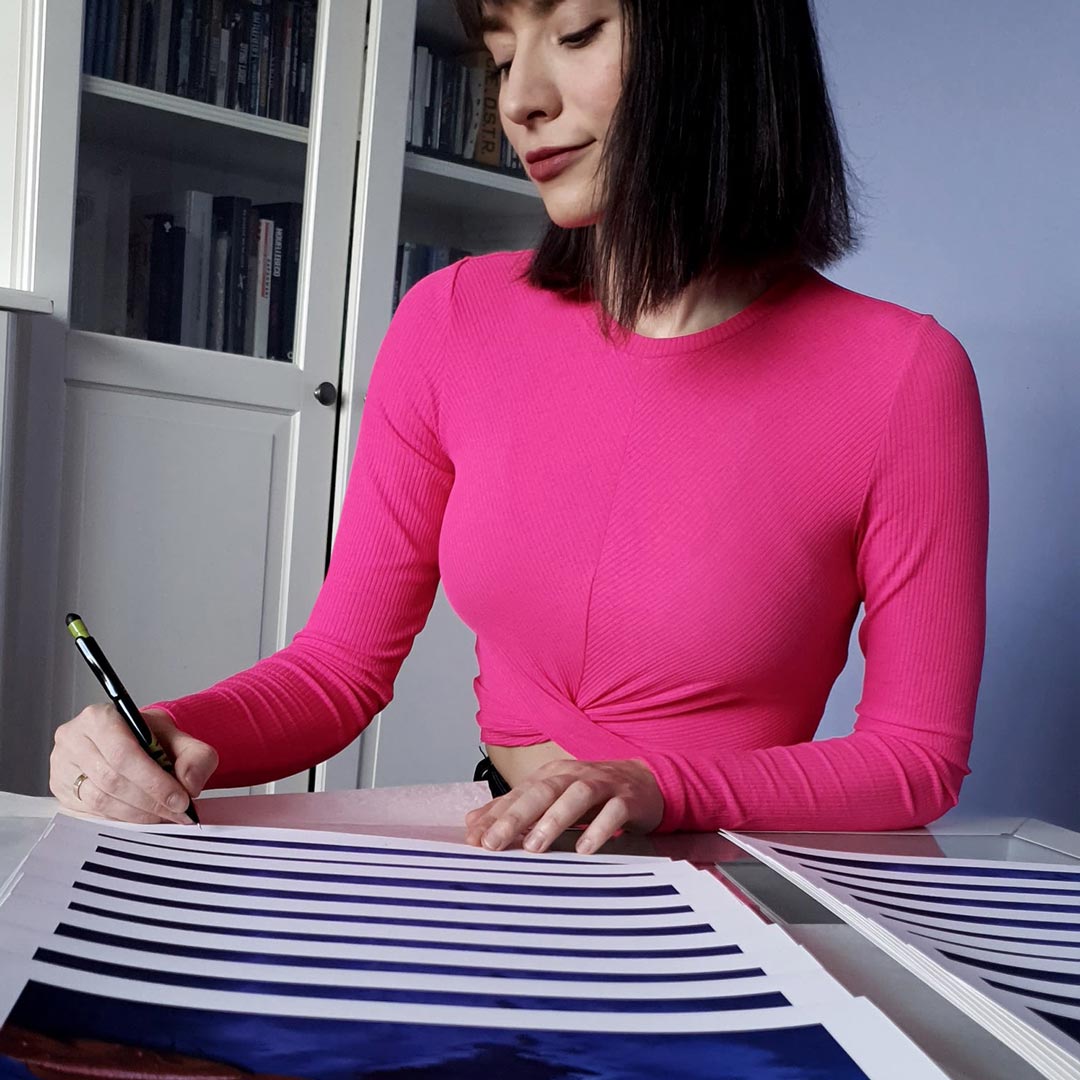 ABOUT THIS ART:
"I painted Ophelia for No Limit Borås in Sweden in September 2014. It is the festival’s highest mural that stretches over a 7-story building and 27 meters – also the highest I’ve ever made.

"Ophelia was inspired by an Everett Millais (1851-52) painting of the same name. Millais was an English painter and illustrator who was one of the founders of the Pre-Raphaelite period, which I love. I appreciate it for the abundant detail, intense colors and complex compositions." –Natalia Rak
Read our exclusive interview!
MORE
ABOUT Natalia Rak:
Natalia Rak has created large scale paintings since 2011, in the form of beautiful murals, commissioned from all around the world. She has been focusing on female-centric imagery while using a rich and glowing palette, giving a breath of fresh air to the street art scene she is part of. In 2012 she has received a degree from the Academy of Fine Arts of Łódz, where she further explored Art through its history, as well as discovering the work of classic and modern illustrators. In studying Natalia's work you can recognize the influences from folklore tradition and fairy tales. The colors highlight the spiritual strength of these tales, giving them a surreal touch. Her art has been exhibited through Europe in cities such as Dusseldorf (Germany), Barcelona (Spain), and Strasbourg (France). Also, she has been featured in many group shows from all over the world and has participated in some of the most prestigious street art events, such as POW! WOW! (USA), Art Scape (Sweden), Mural Festival in Montreal (Canada), Blink(USA), Memorie Urbane (Italy). Her standout work for the Folk on the Street festival in Bialystok “Legend of the Giants” was included in the series “Sztuka ulicy – Street Art” issued by the Polish Post. Natalia excels in a variety of media, from paper and canvas to brick and concrete, building a wide body of work filled with complex symbolism, different sort of allegories and profound love for Nature, that helps the observer to evade reality.
MORE
MORE FROM Natalia Rak
SOLD OUT
Run of 60
Favorite 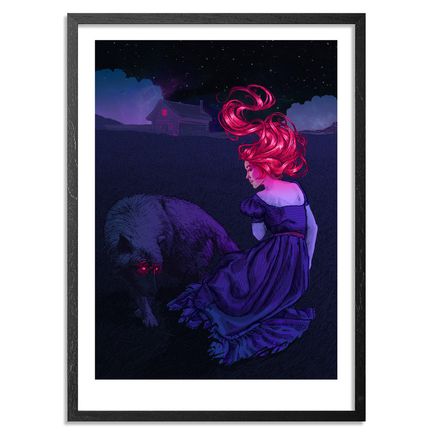