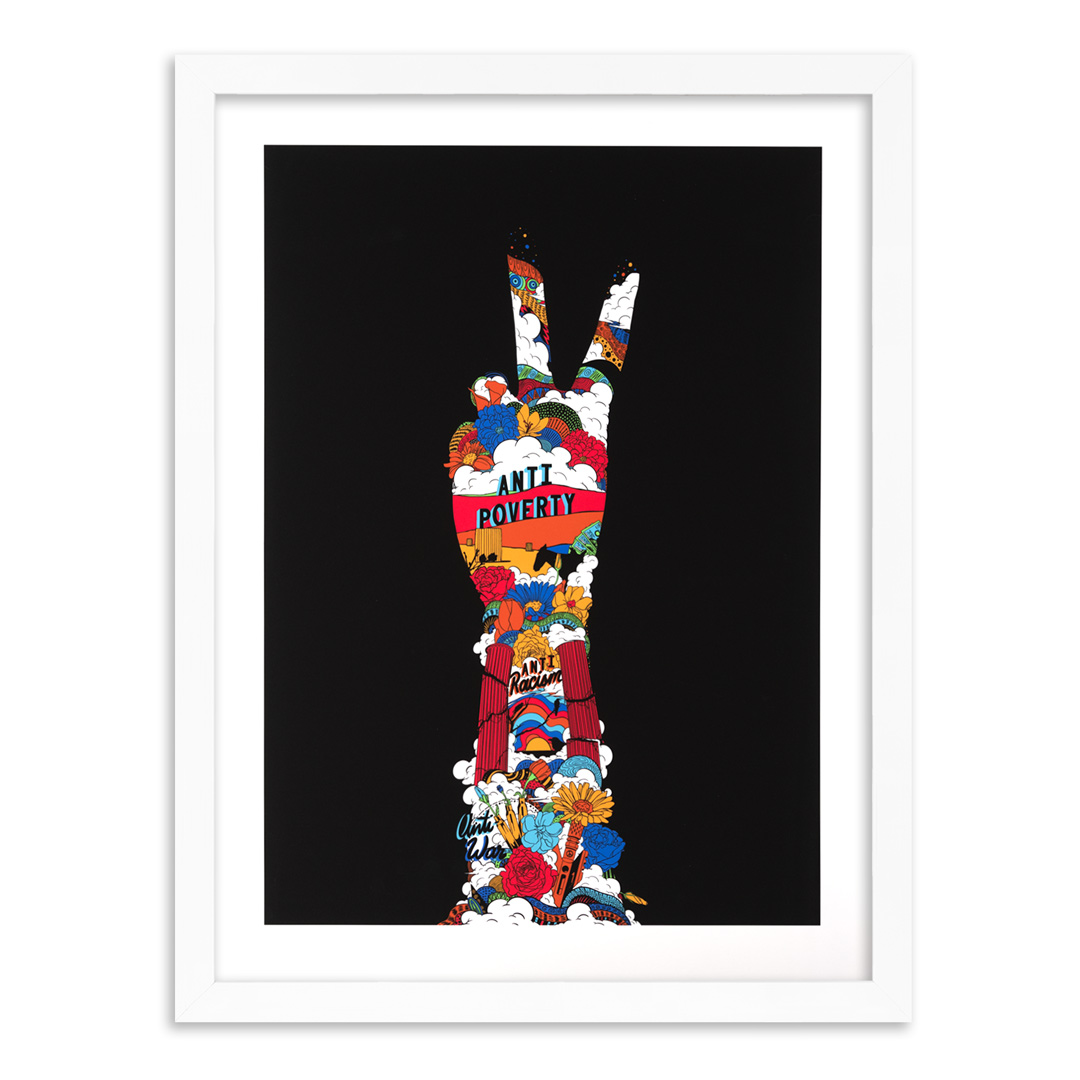 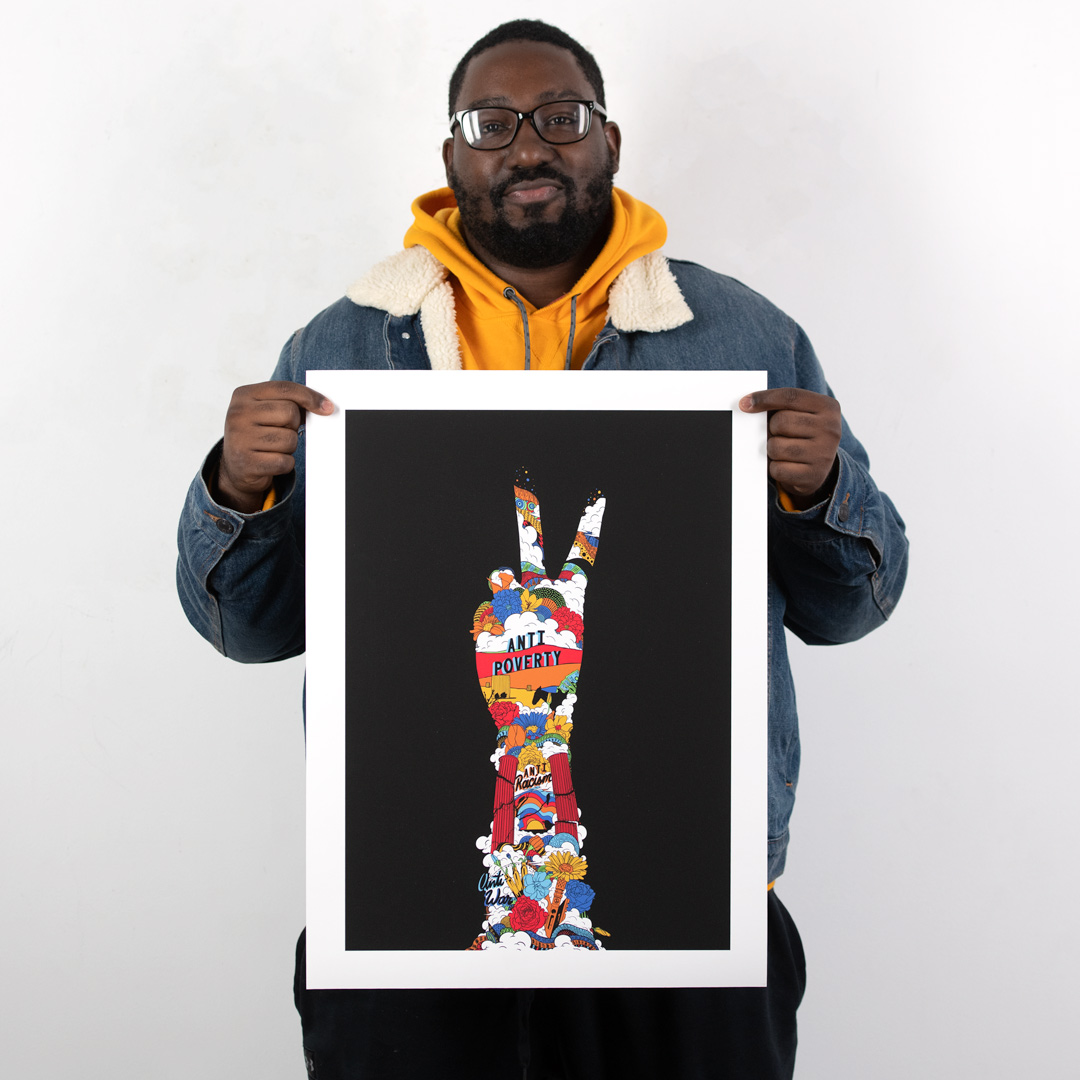 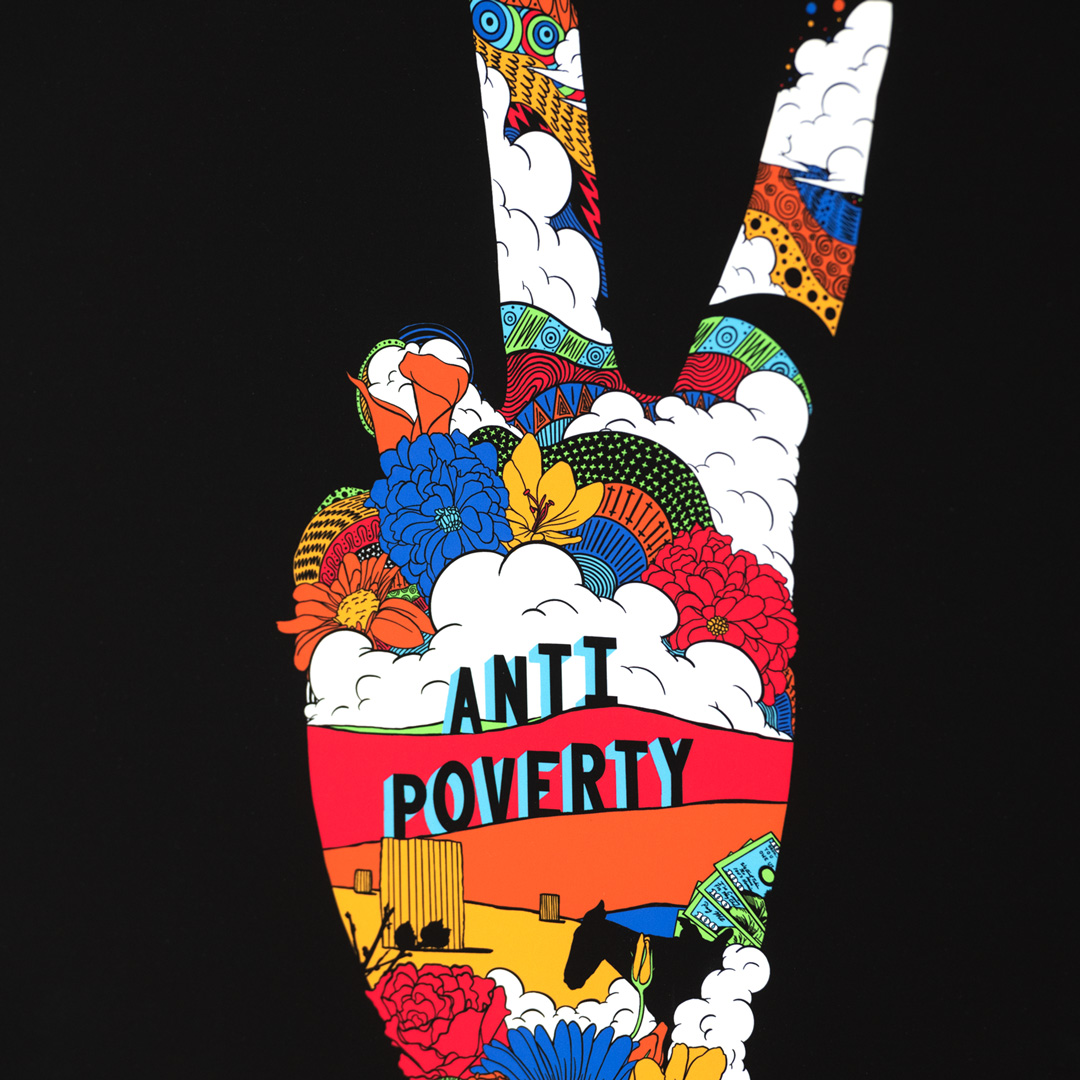 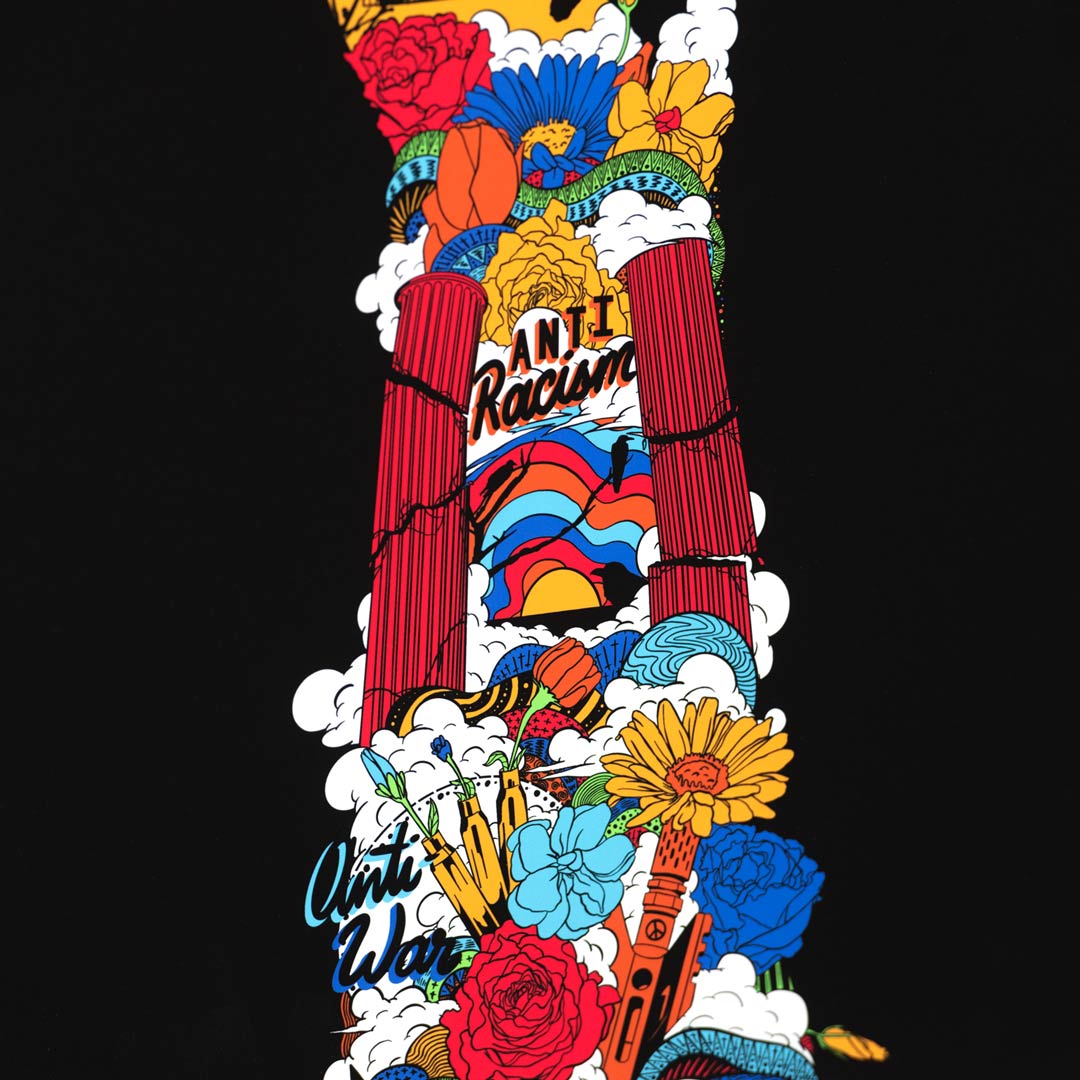 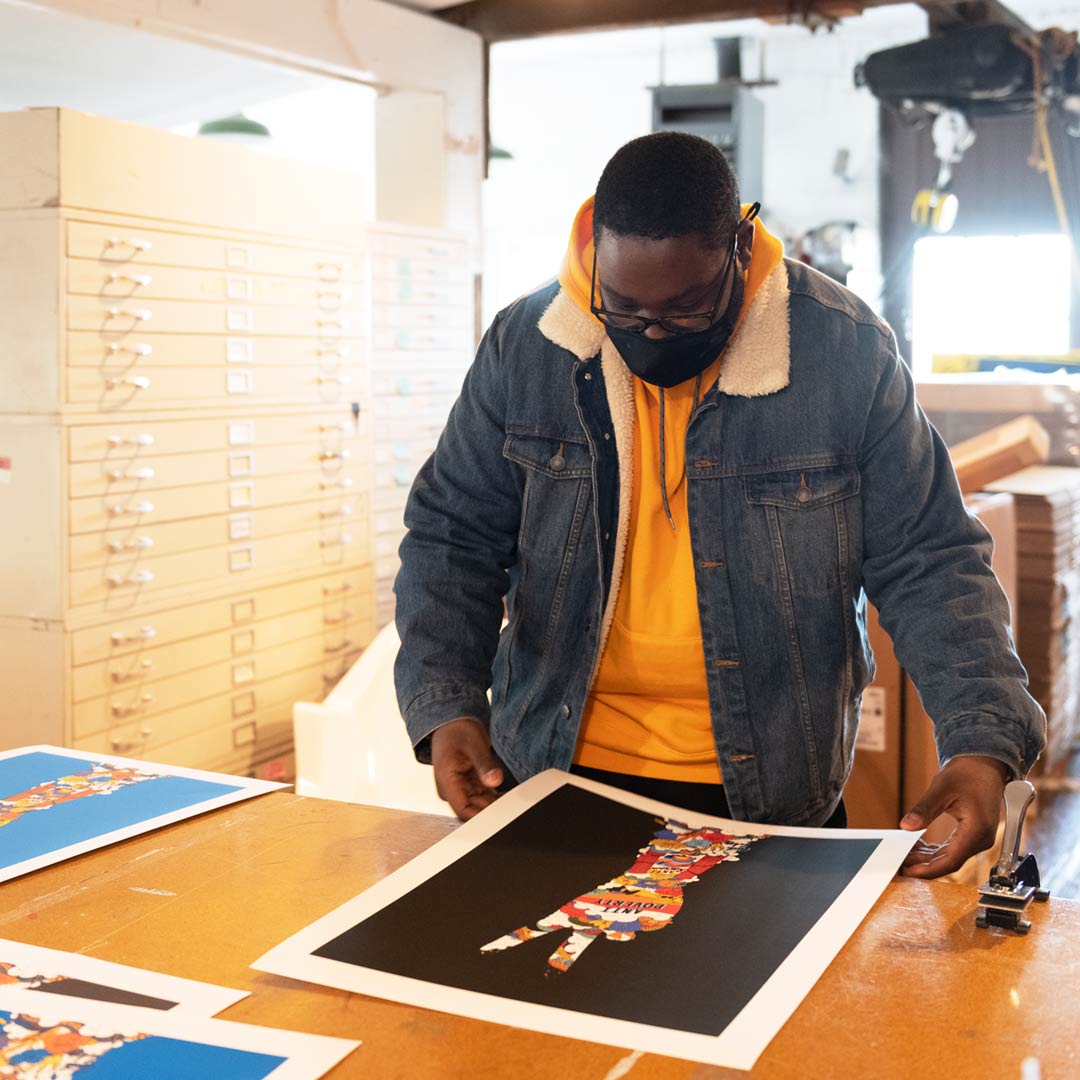 Ndubisi’s “Way To Peace” is a beautiful portrait of Dr. King’s ideology framed within the complex web of issues that encompass racial inequality: the murder of crows represent deadly Jim Crow segregation laws; the sunset represents sundown towns; the dollar bills represent unpaid reparations for families of the previously enslaved; the Roman columns speak to Dr. King’s Christian faith; the flowers represent the peaceful future that lies ahead.

"I wanted to be real about who we’re celebrating and show how these issues [that he fought against] haven’t ended. They’re continually going, and if we’re going to honor someone who was about this fight, this is the way that he saw the Way to Peace, how he saw to get on the road there.

"Anti-war is simple because it just means bring the guys home. There’s a defense budget for that every year. Anti-racism doesn’t cost anything; there’s no cost to sharing a drinking fountain. But to be anti-poverty, you have to pay people. And that’s the issue: you have to give up power.” -Ndubisi

MORE
ABOUT Ndubisi Okoye:
I am a multidisciplinary artist with a passion for art and design that tells a story. No matter what medium I am working with, I want to create unique stories to motivate, represent, and inspire people, especially those throughout the African Diaspora.

The combinations of hand-lettering, geometric shapes, vibrant color palettes, and tribal patterns create an improvised rhythm throughout my work to uplift and motivate the viewer. I draw inspiration from many areas of my life, including anime, movies, music, poetry, and graphic design. I hope to create art that reflects the African Diaspora, my faith in God in the presence of indifference, and call attention to political issues. I want to show the power, beauty, and complexity of blackness. 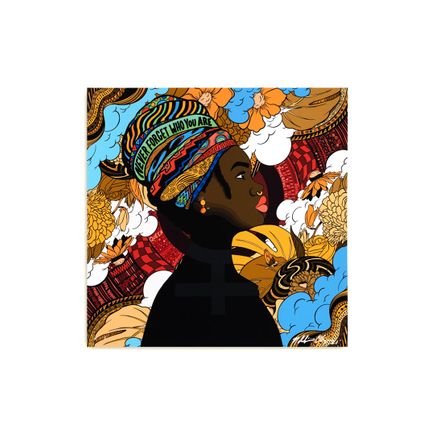 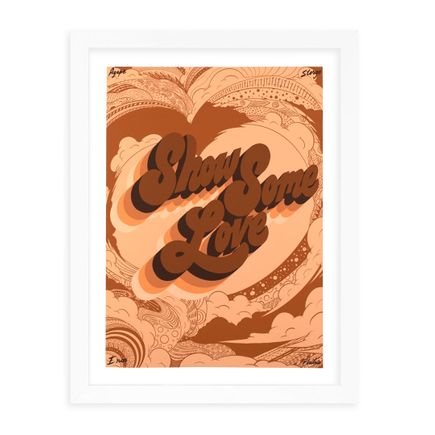 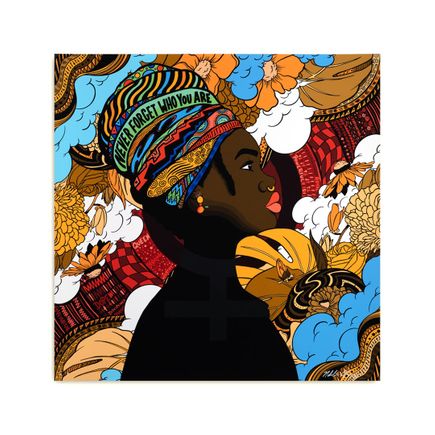 Ndubisi Okoye
Everything - Oversized Edition
SOLD OUT
Run of 30
Favorite 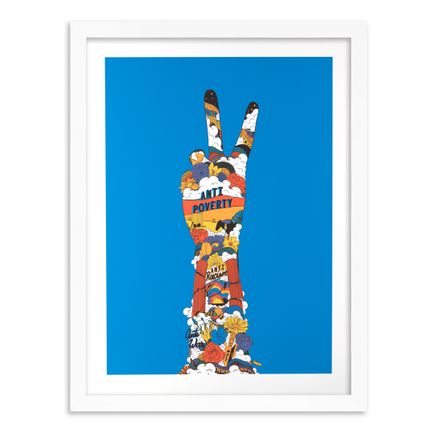 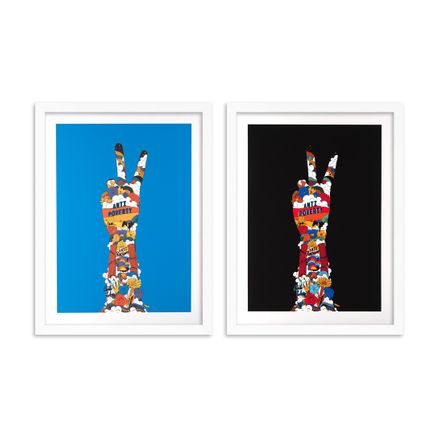 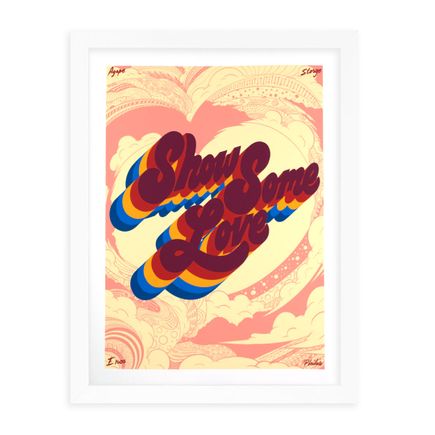