SOLD OUT
Favorite
IN THIS COLLECTION:
Let There Be Dark
7 Artworks0 Available 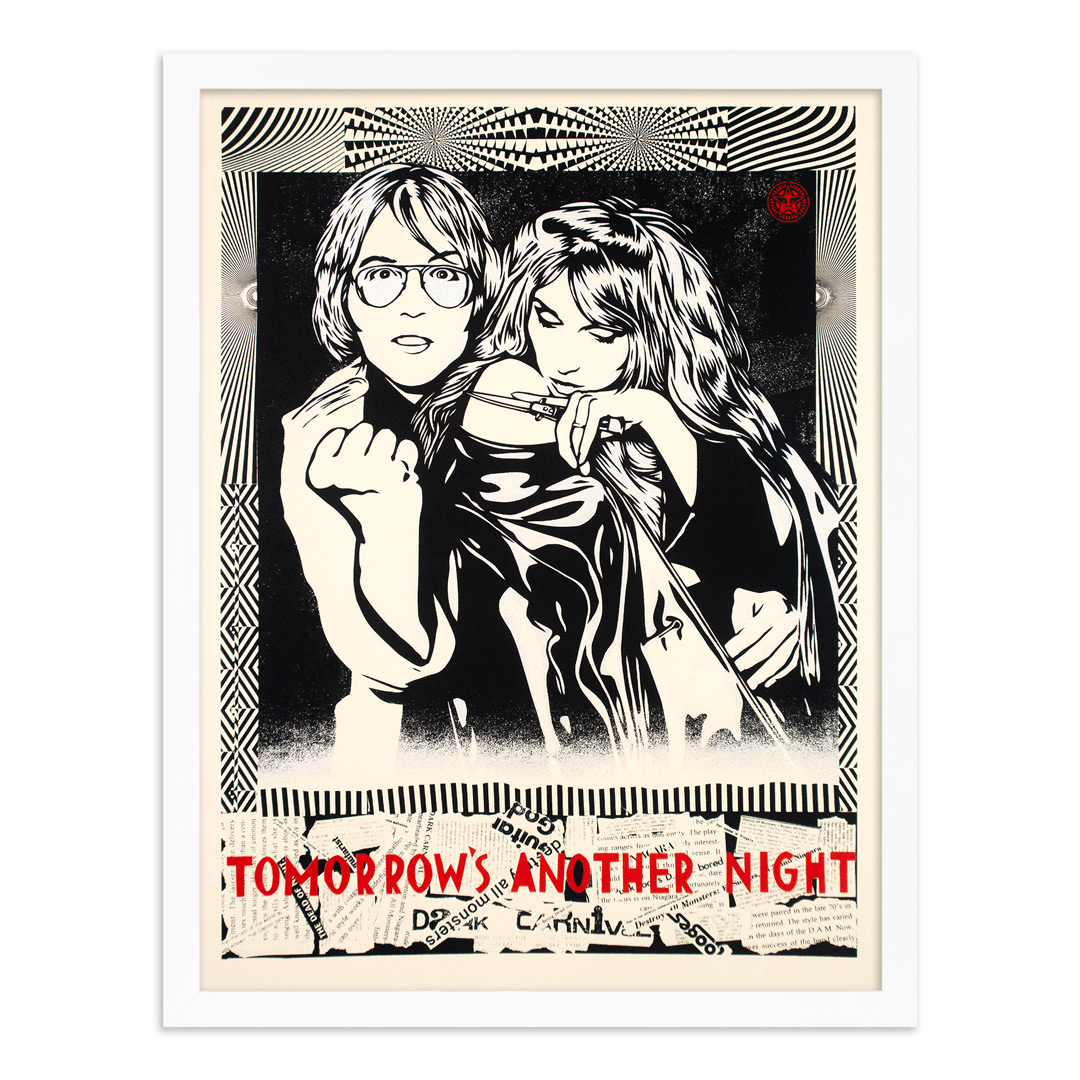 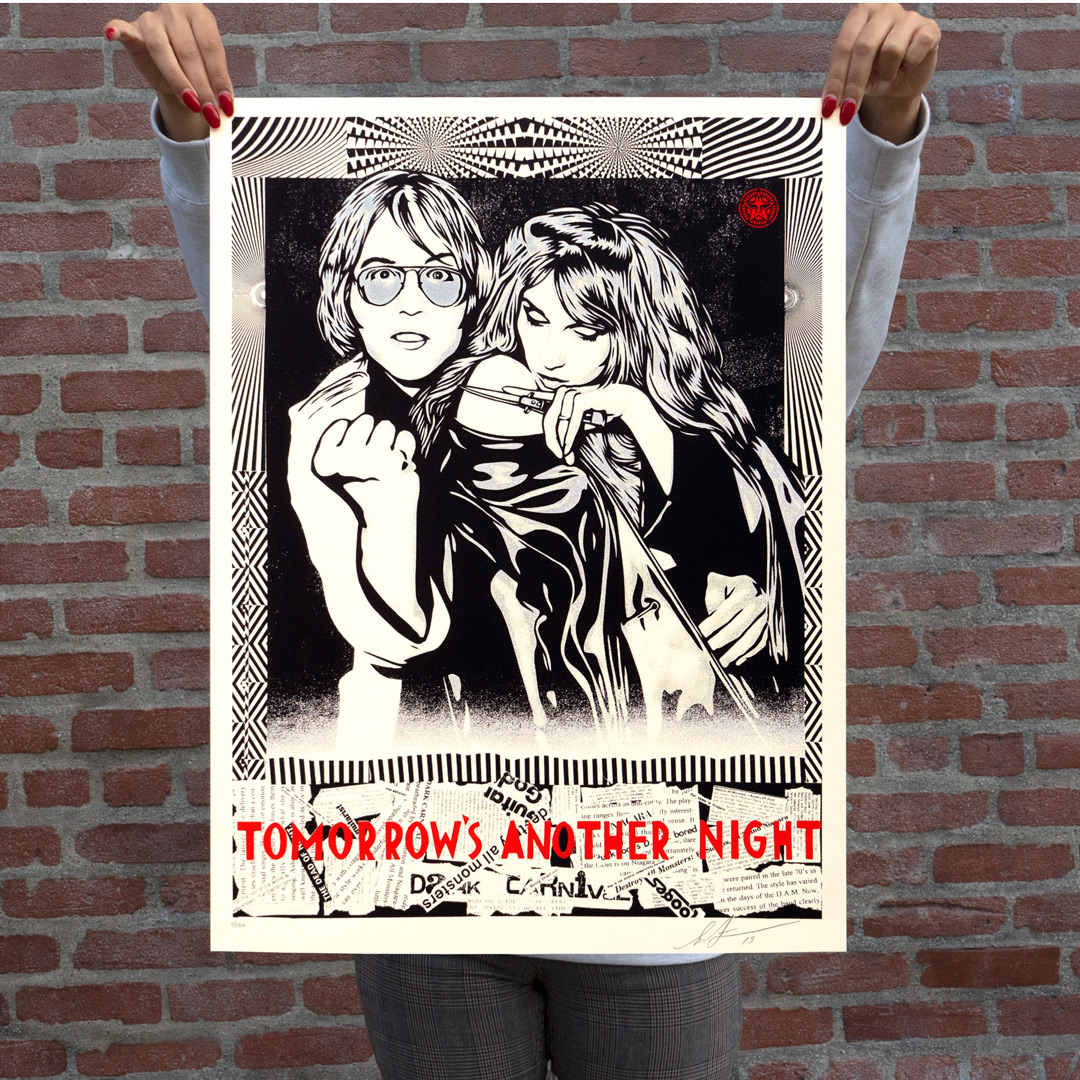 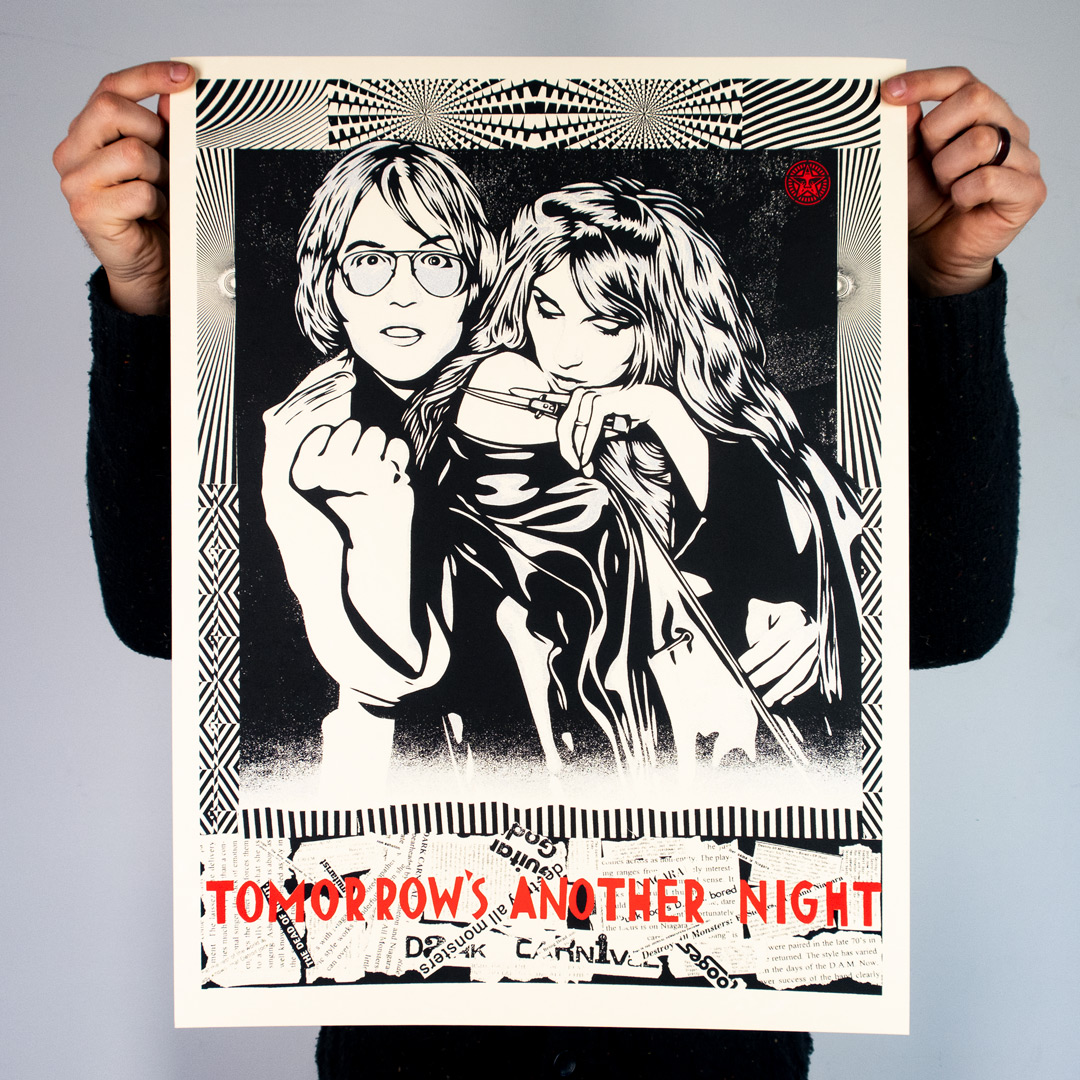 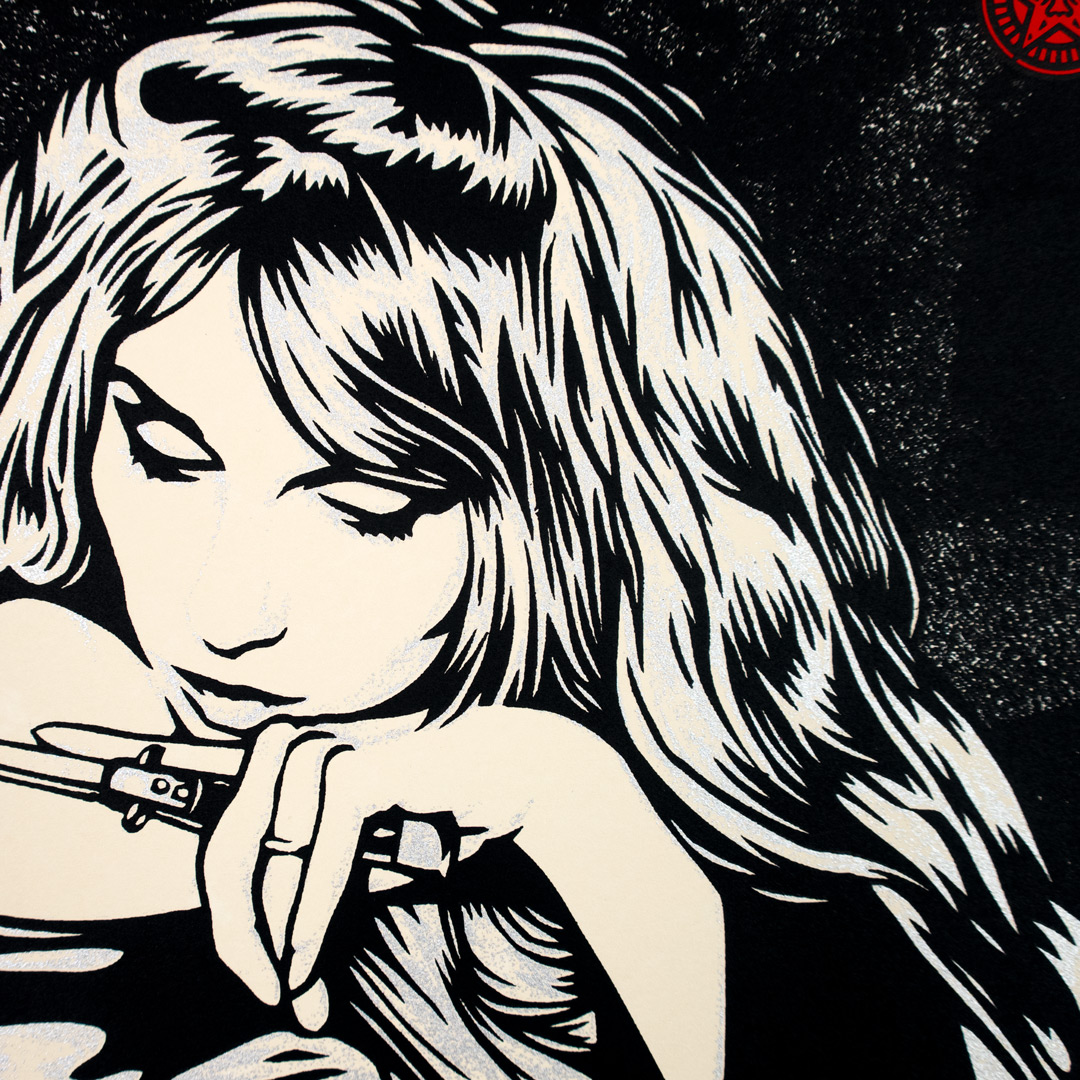 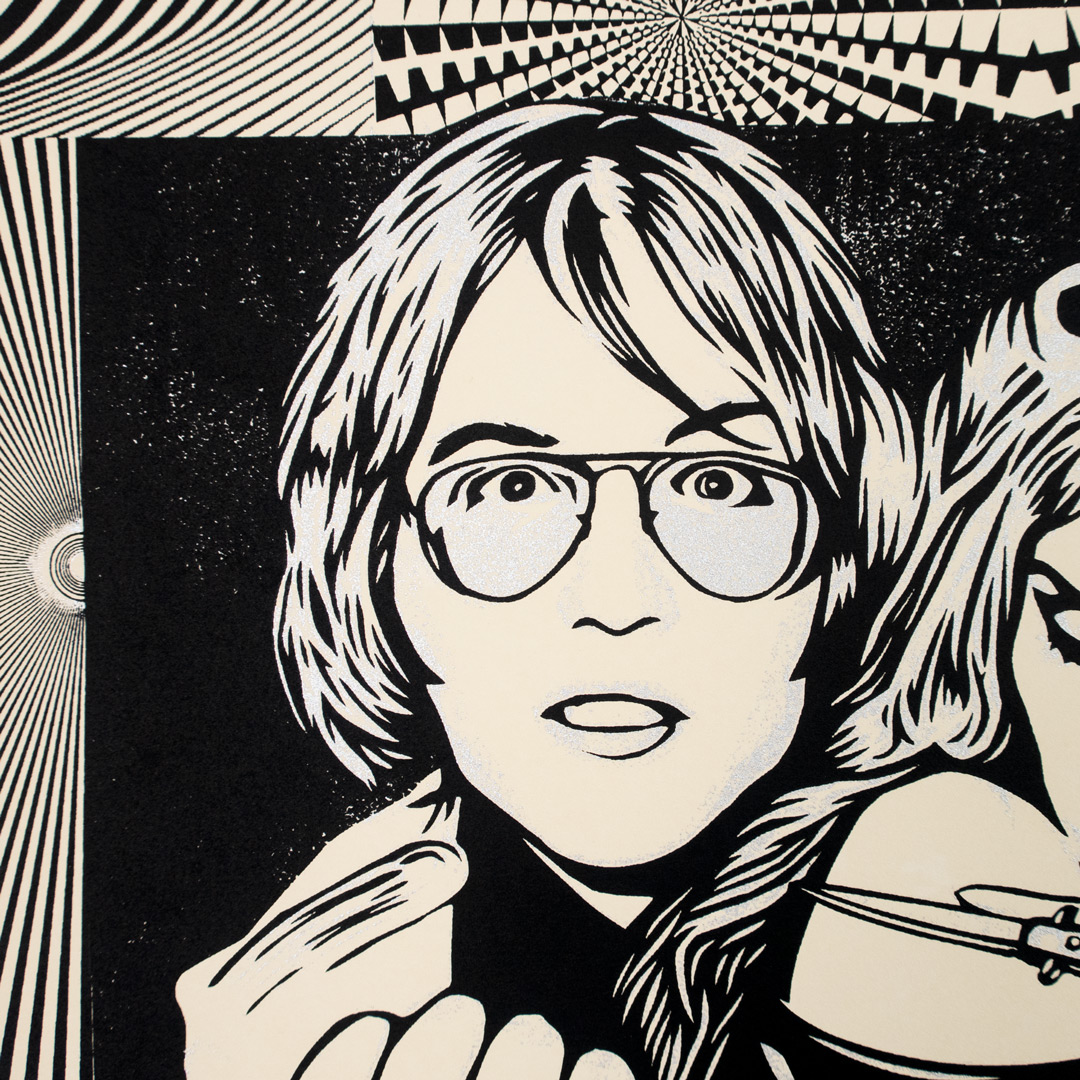 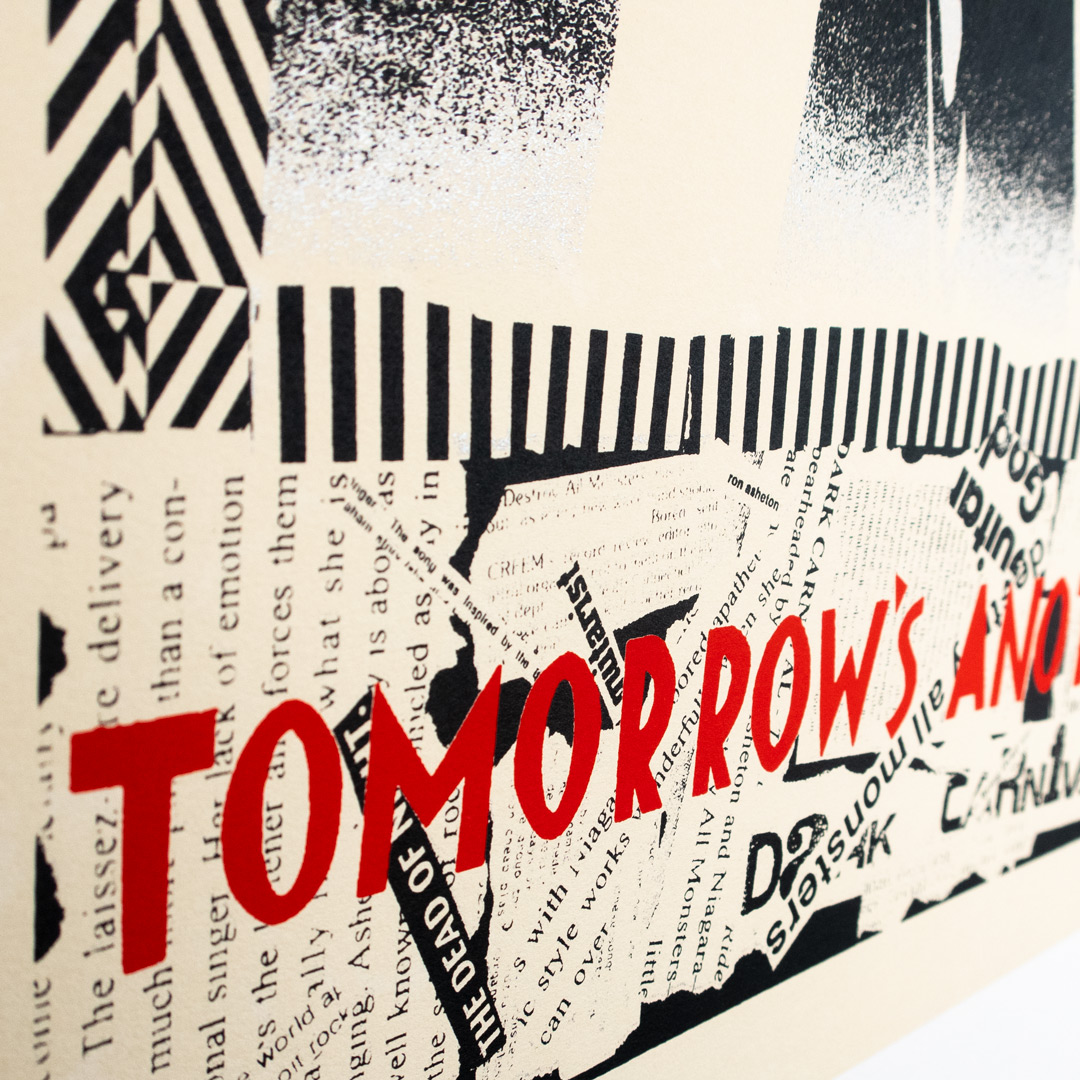 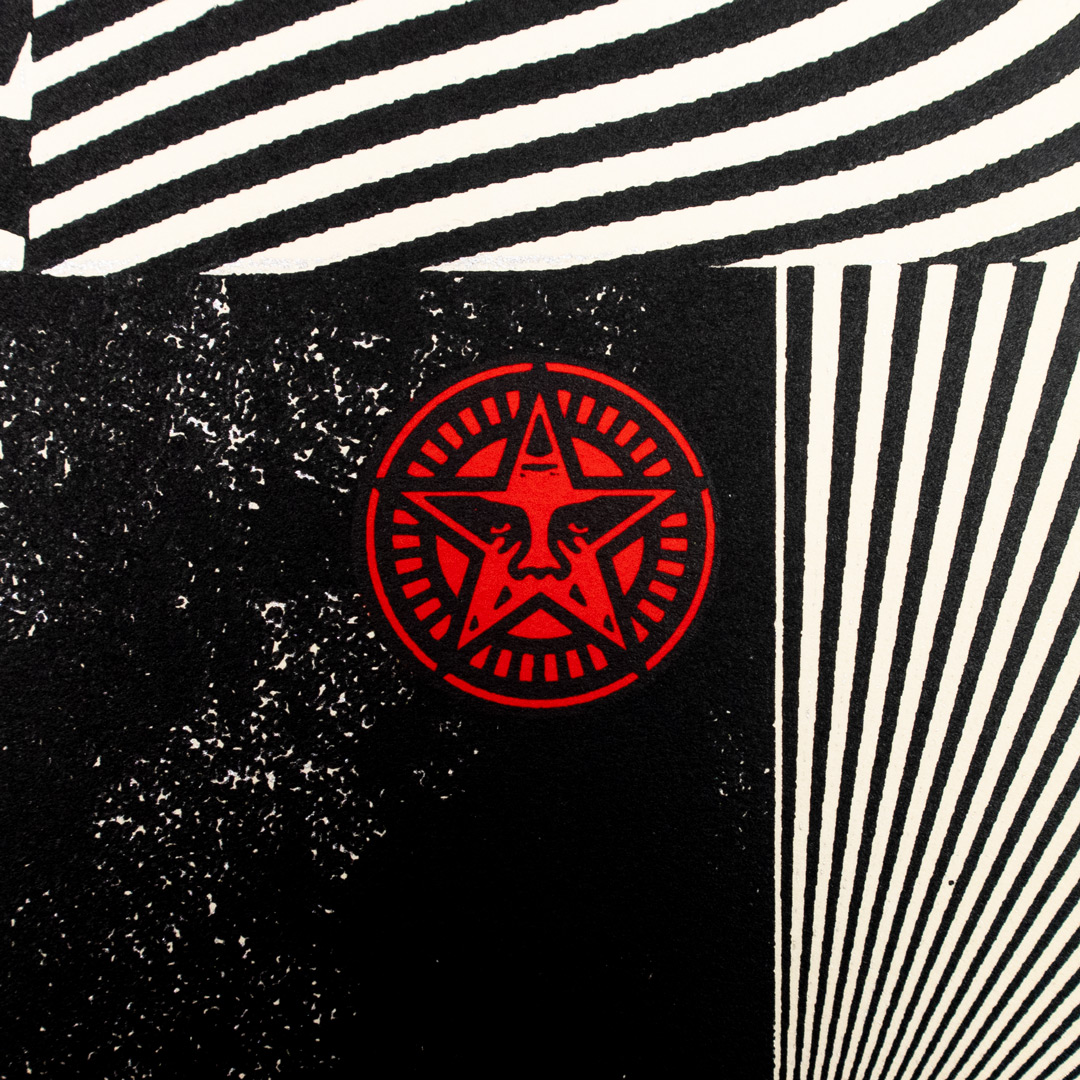 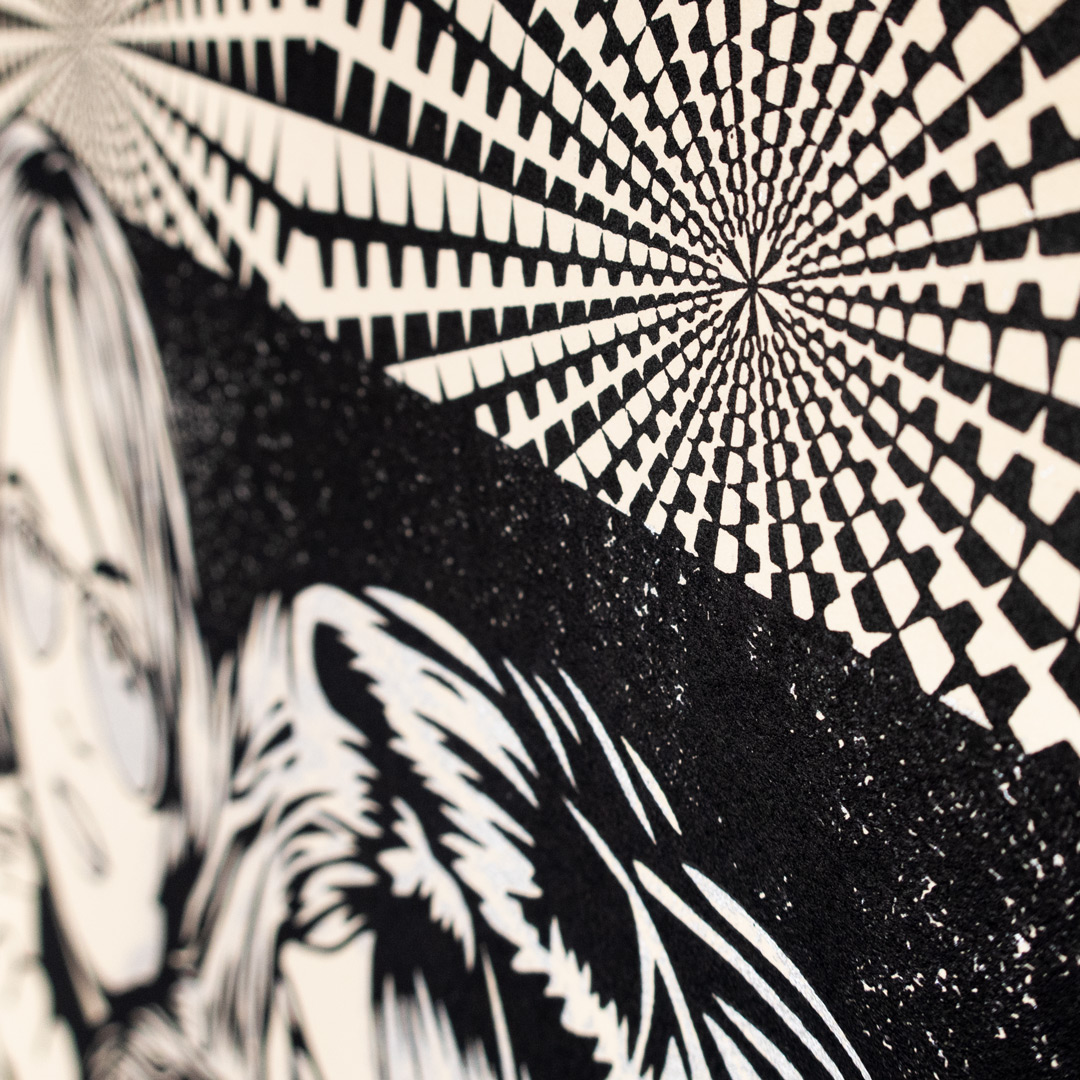 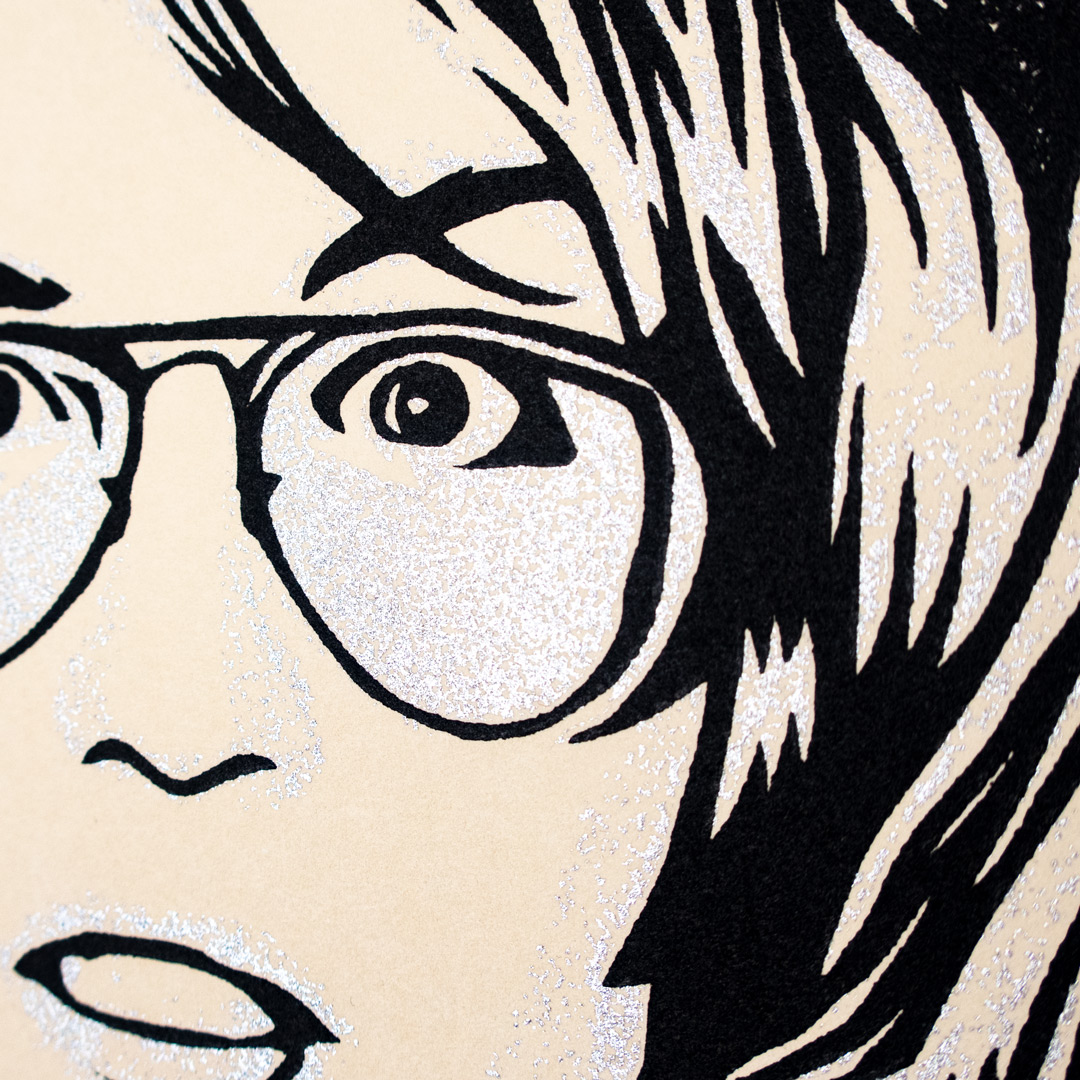 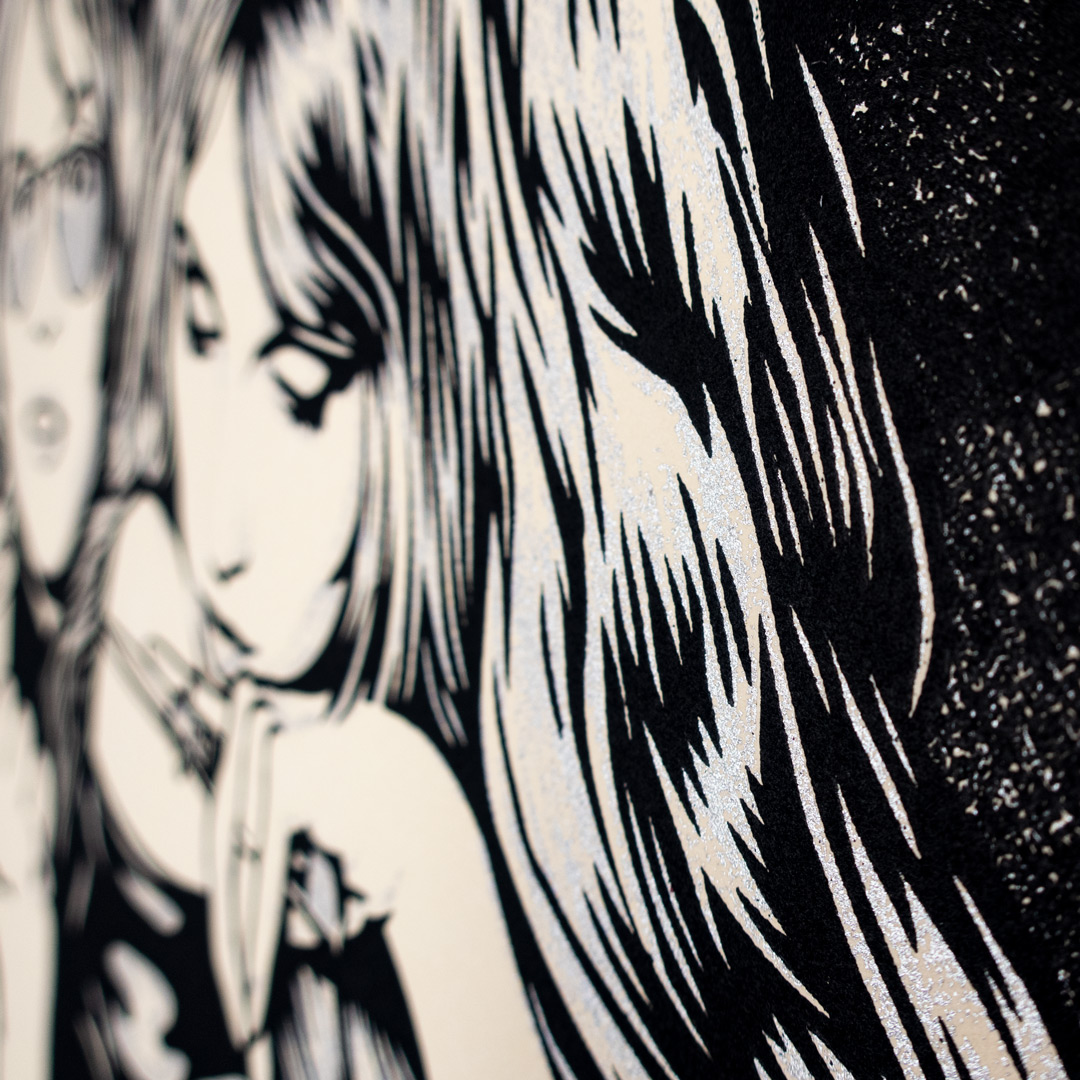 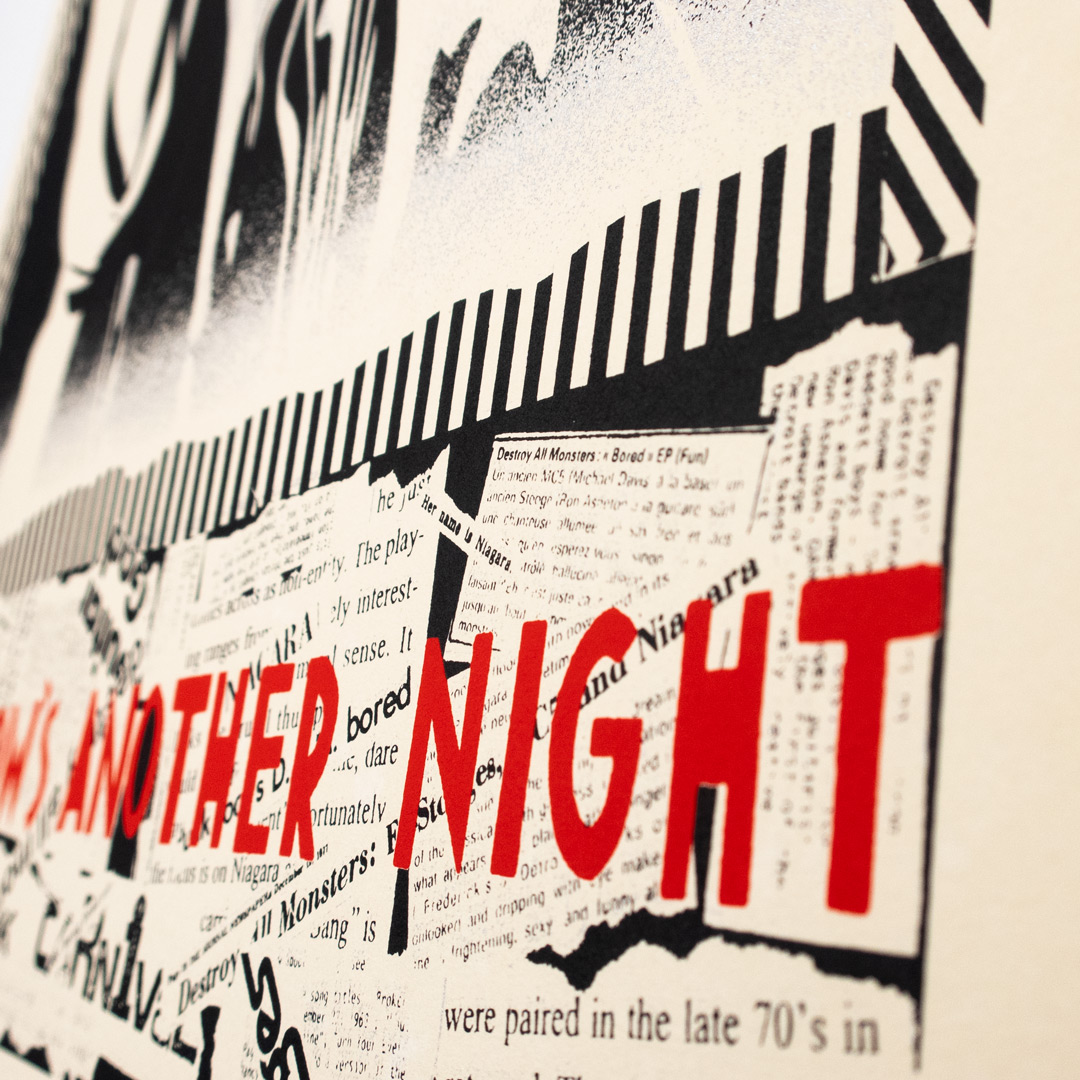 ABOUT THIS ART:
"For 'Tomorrow’s Another Night' I chose an image of Ron and Niagara where I think they both look amazing, but there was a nice balance between in-your-face aggression with Ron’s pose making eye contact holding his fist up, and Niagara’s seemingly demure embrace of Ron, but anyone who knows Niagara understands that though she may look sedate, she’s pulling the strings. I added a switchblade that she is caressing with her finger, as a way to amplify her femme fatale chic, and because I thought it lent itself to my original idea of a title ‘Bonnie & Clyde Were Lightweights.’" - Shepard Fairey

"Shepard’s images of us are done so well. It’s not easy to get to the essence and Shepard has honed his powers to perfection. I’ve also always loved doing collages and inking. For Shepard’s image background, I only used Destroy All Monsters or Dark Carnival’s real press & vintage flyers. I just grabbed a couple handfuls & combed through, cut out, glued down and passed out." - Niagara

Read our exclusive interview with Shepard Fairey & Niagara at News.1xRUN.com... 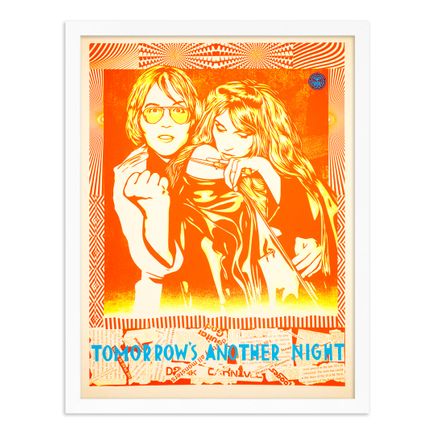 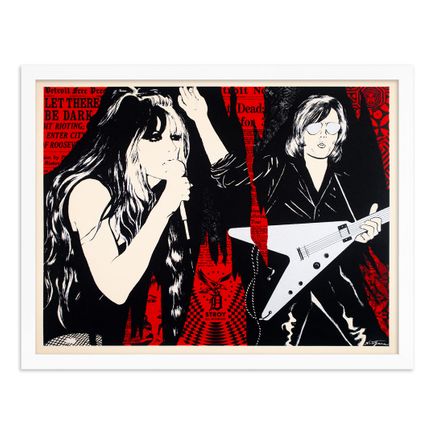