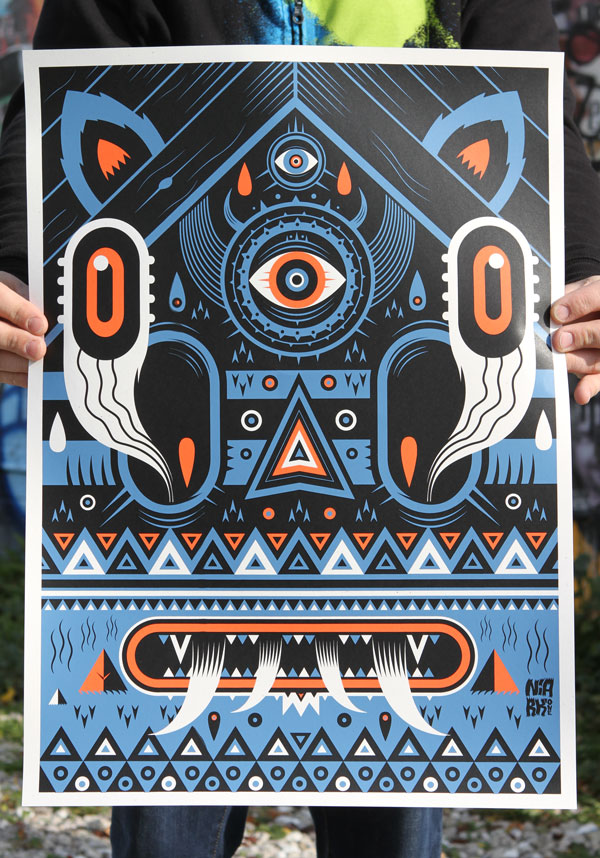 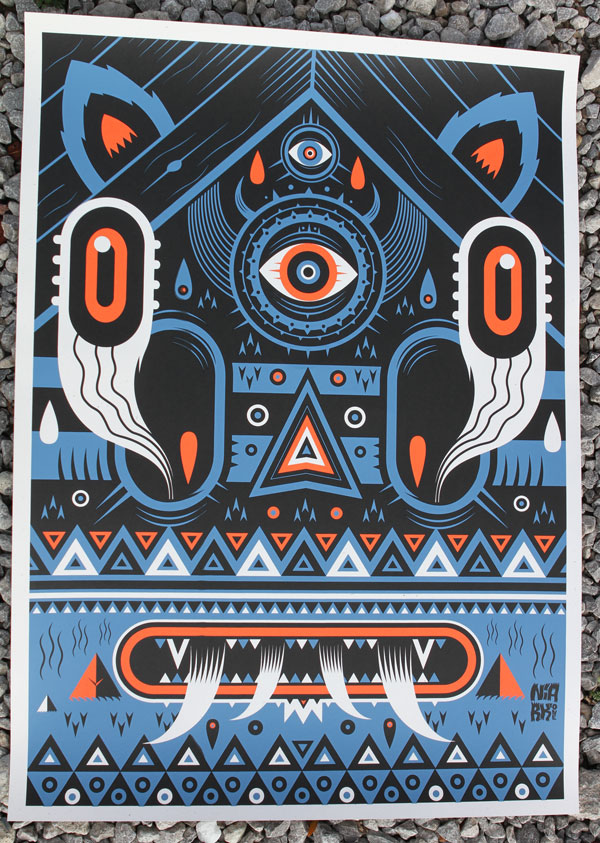 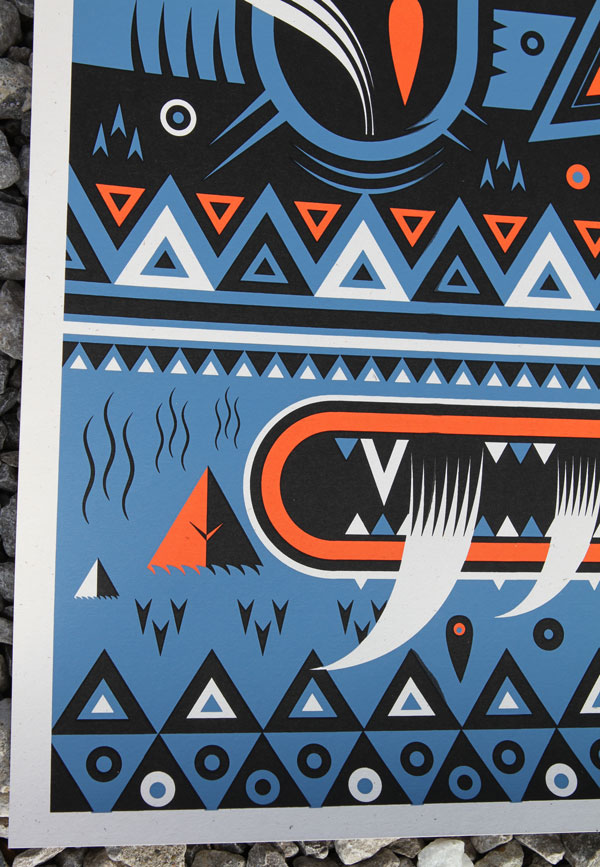 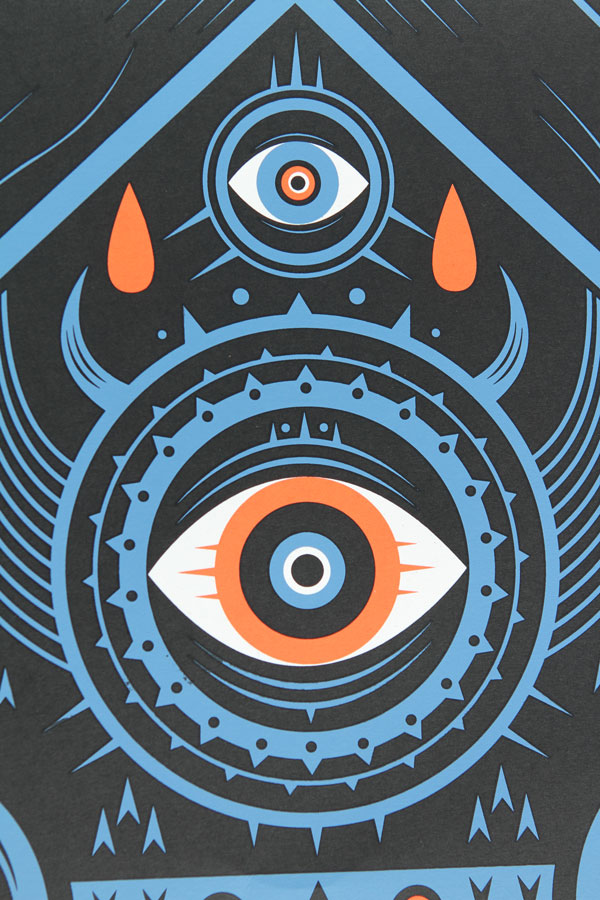 ABOUT THIS ART:
A lot of Niark's artwork features characters "based on my universe," as he says. They are a kind of "demon/ghost inspired by african/oceanian/asian primitive art, built with geometric shapes."

Artists, by a special dispensation from higher authorities, were permitted to populate the universe with gods long before strict rules and definitions were put in place. Not only populate, we hasten to add, but illustrate as well. Exorbitus, a canvas by Niark, is a modern-day example of this - and it is to his credit that the resulting canvas owes as much to past works by native or "primitive" painters as to contemporary masters influenced by post-modernism. Only vaguely anthropomorphic, what strikes the viewer is (for want of a better descriptive) the intense and impatient hunger in the features. Our friend desires (demands?) supplication, sacrifice, love, and all the other perks of his lofty position. He obviously wants attention - and with a talent such as Niark supplying the official portrait, how could he fail to get that?

MORE
ABOUT Niark1:
Sebastien Feraut, aka Niark1 is a graphic designer, illustrator, and fine artist based in Paris, France. 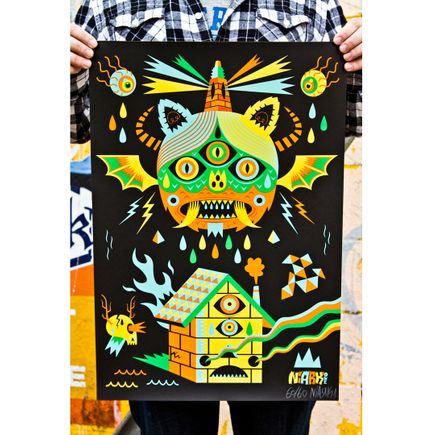 Niark1
Night Flight
Run of 1
ARCHIVED
This run is not on sale. Check the product page for more info.
Favorite 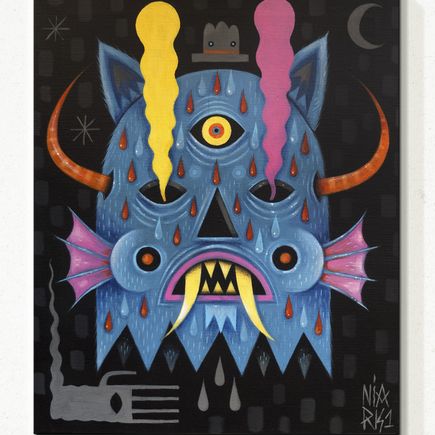 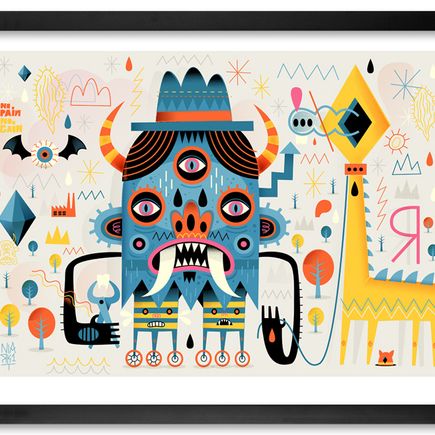 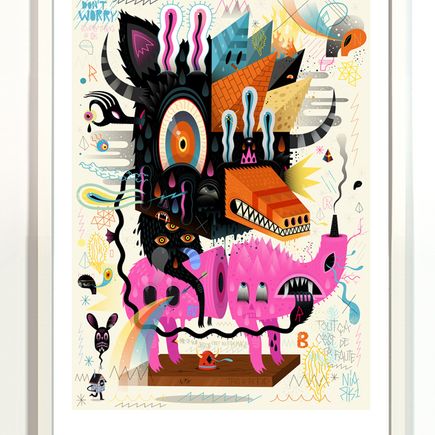 Niark1
Everything Is Fine
SOLD OUT
Run of 65
Favorite