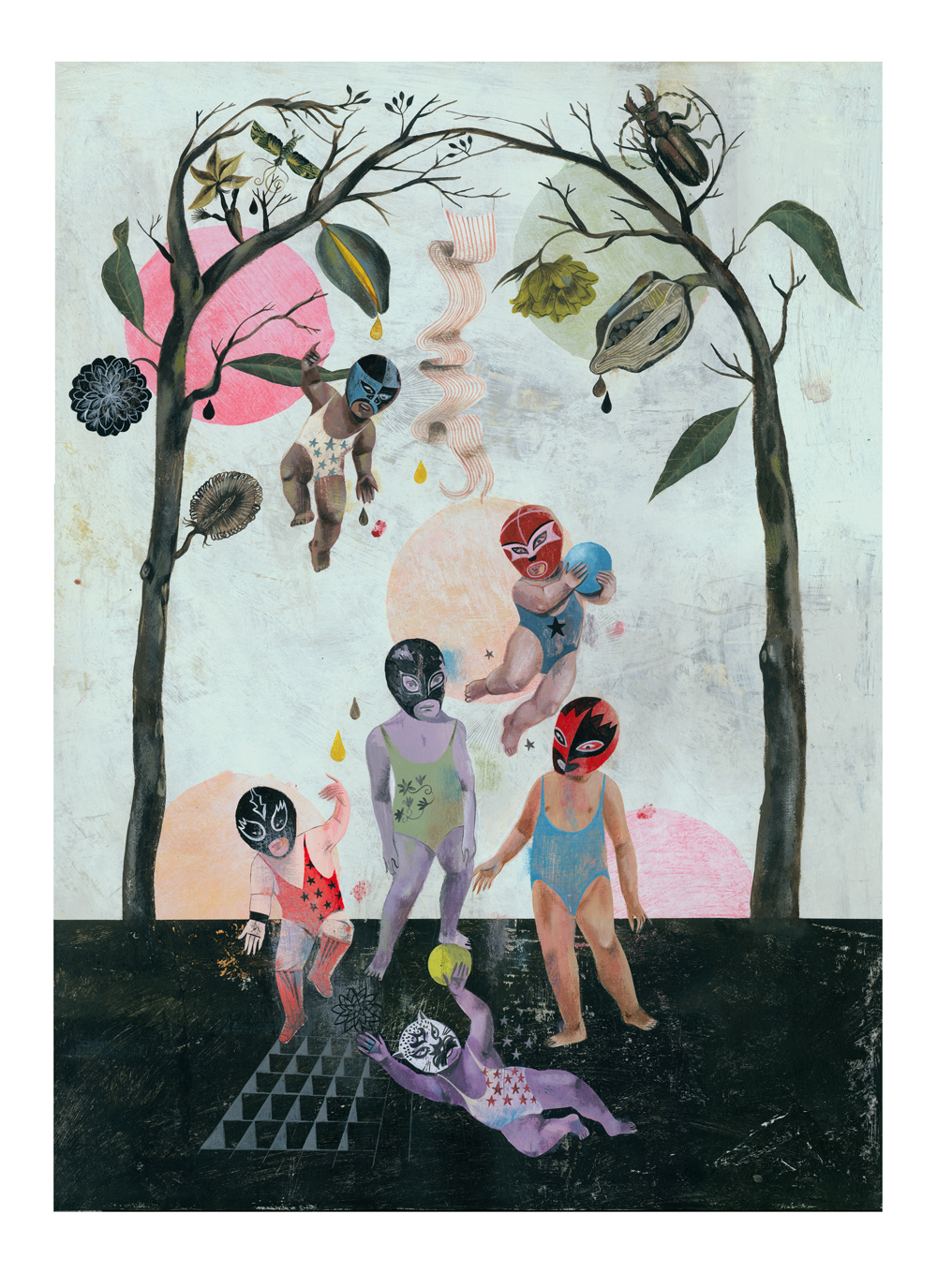 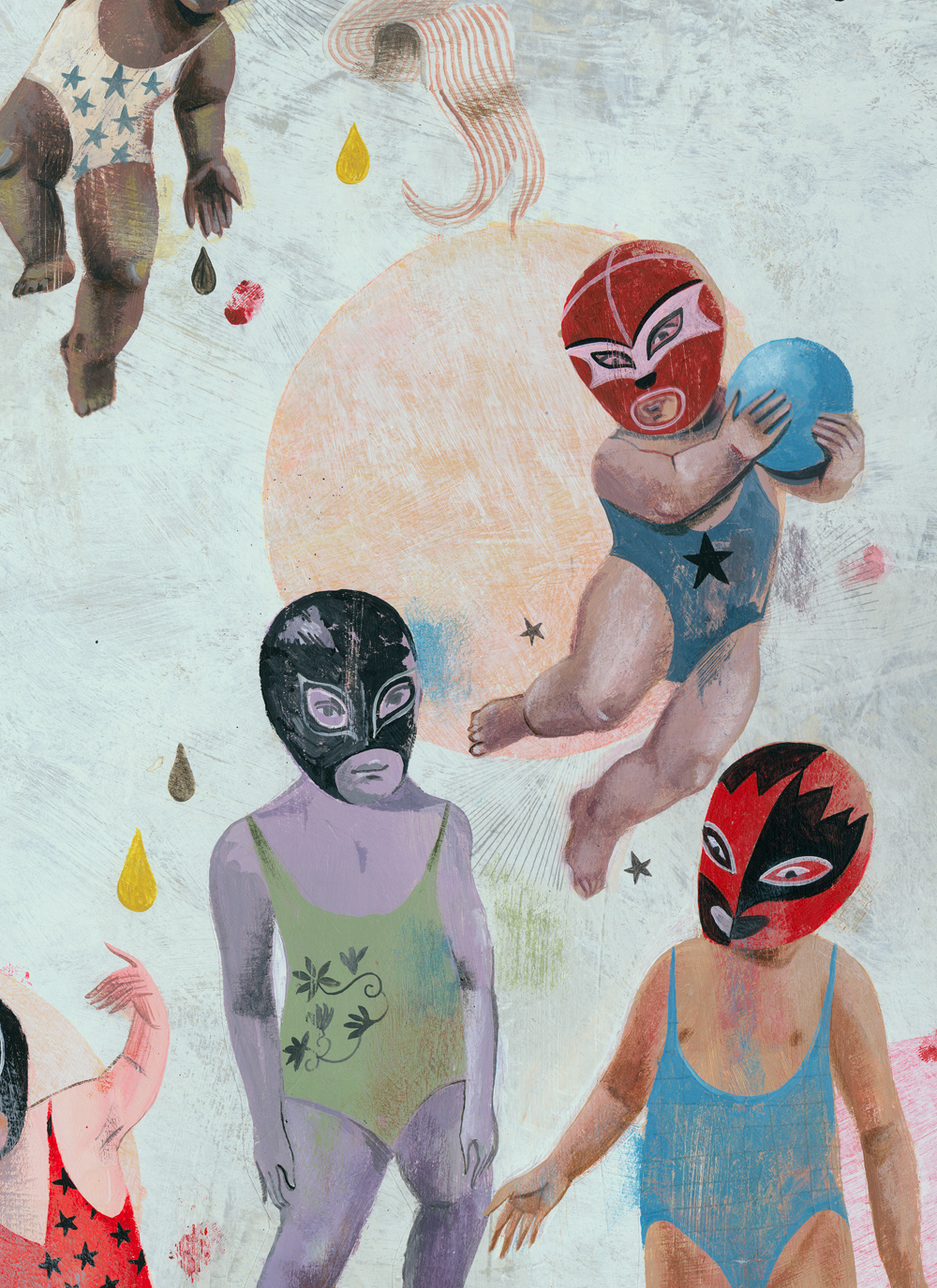 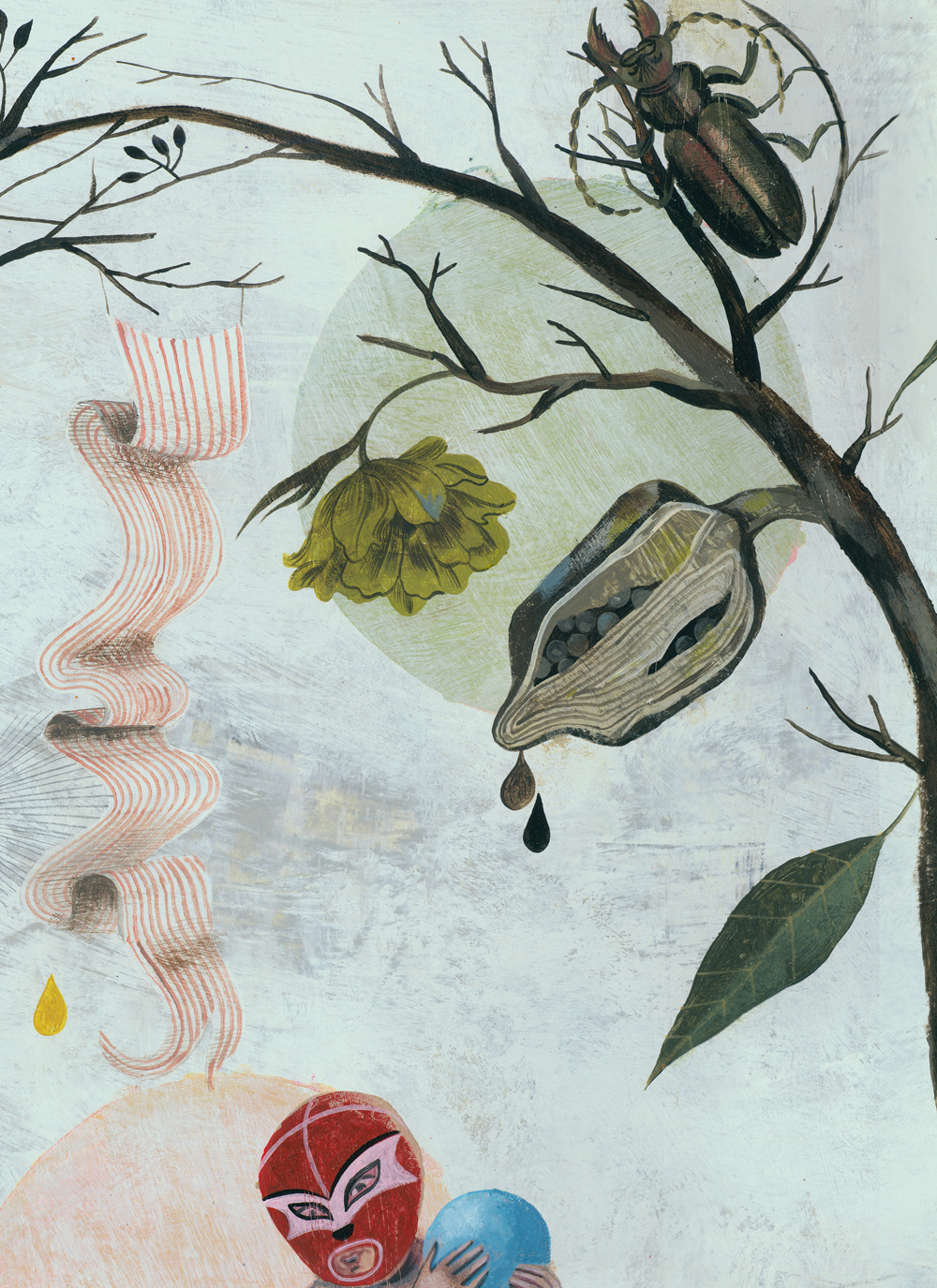 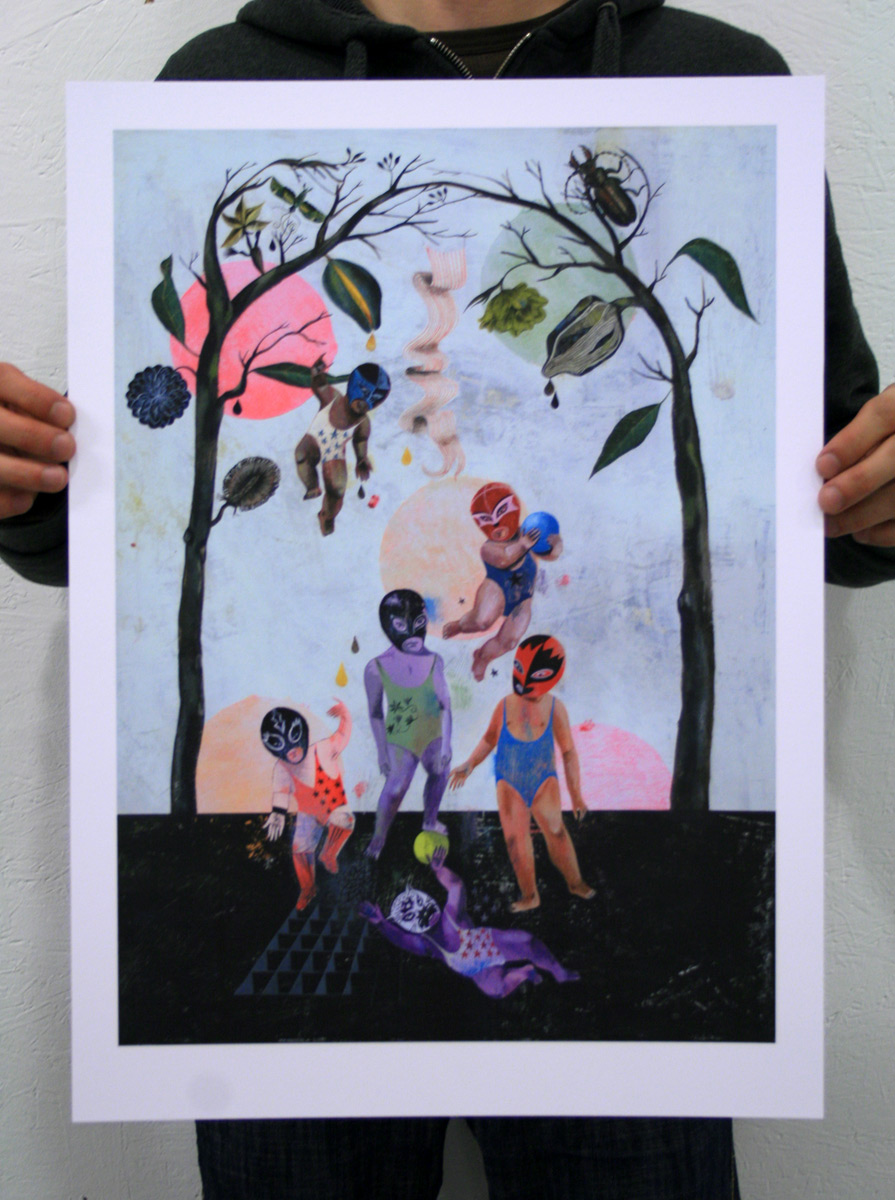 ABOUT THIS ART:
The juxtaposition of familiar objects with less familiar elements drawn from a variety of past sources has been remarked upon often by viewers and critics of Olaf Hajek's paintings. To be sure, it is a fairly common motif or device in modern art and one that has been employed by any number of talented hands over the years. In Hajek's case, however, there is a subtle undertone of emotion in his pieces that can only be described as registering somewhere between ordinary regret and a more poignant sense of dismay over some gradual malaise imposing itself on human existence.

In PLAYGROUND, for example, the childlike figures appear at first glance to be as innocent as the cherubim or putti that Renaissance painters drew (almost as an afterthought) in their broad and expansive canvases. Here, however, the blithe mood is arrested by what appears to be a scene of frozen hostility - the "angels" are bored with their games in paradise and seem focused on the possibility of a more visceral enterprise. And why does the flora appear poisonous? What hunger is prompting that beetle to a higher ascendancy and a more propitious view.


Olaf Hajek was born in North Germany and now resides in his homeland, London and New York. Olaf is one of the world’s most successful illustrators. His colorful work is infused with a folkloristic naivety and freshness and can be seen in publications such as The New York Times, Time, Flaunt, Forbes,  The Mens Journal , Fortune, GQ, LA Times, The New Yorker, Paste, Playboy, Rolling Stone & the Wall street Journal. His illustrations have been featured in advertisements for companies such as Bacardi, Daimler Chrysler, Nike & Royal Mail. Despite the diversity of his clientele, Olaf makes no aesthetic compromises. His characteristic style of “magic realism” is what makes his work appealing to a broad audience and range of clients.

Olaf decomposes the borders between authenticity and thought, South American folklore, mythology, religion, history, and geography. More than anything else his work explores the opposition between imagination and reality in the context of western cultures.

Olaf’s images are generally created by applying acrylic to cardboard, and resemble Cuban advertising posters from the 1960’s on account of the technique with which he creates artificial patina. They retain valuable graphic feel despite their painted appearance.
MORE
CLOSE
FILTER
APPLY
Type
-
Price
-
Availability
-
Availability
-
Country
Availability