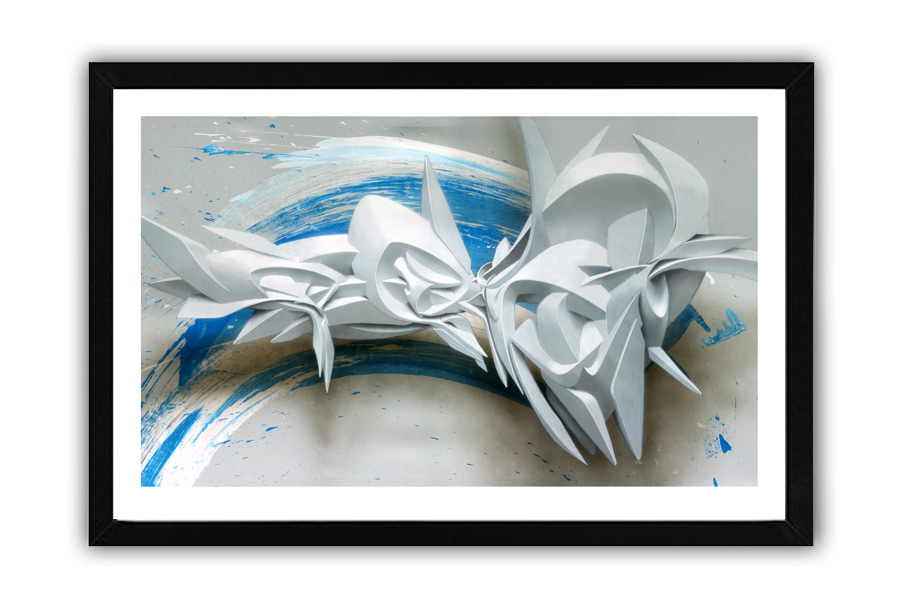 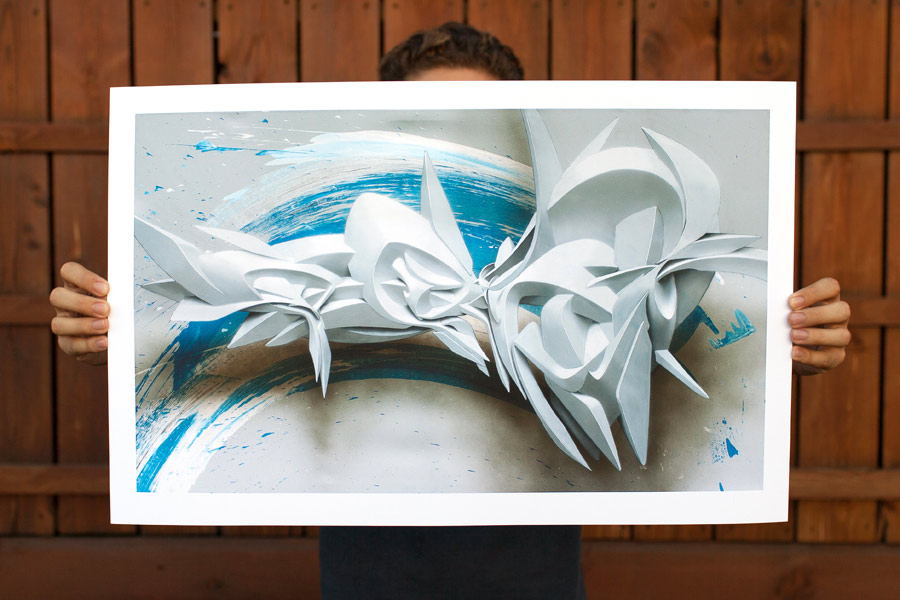 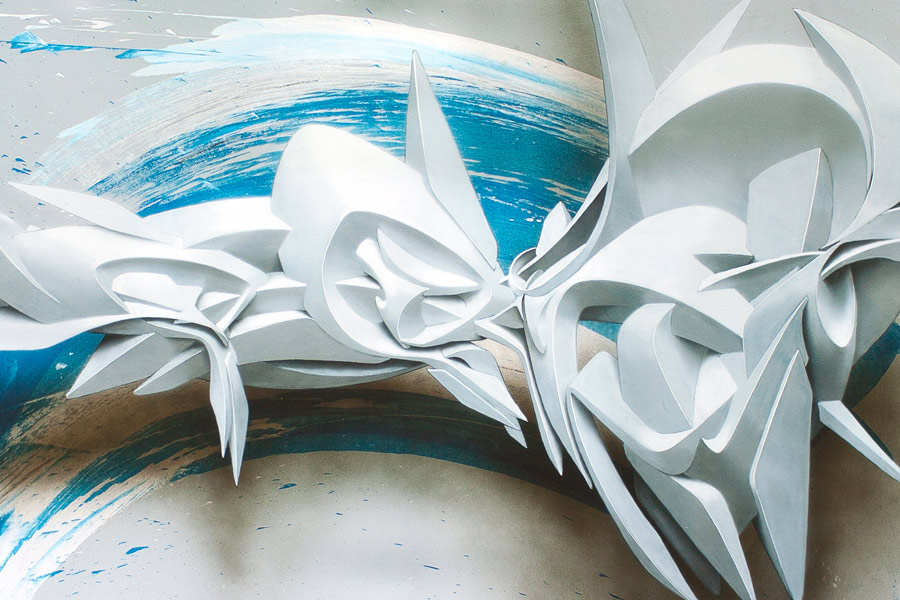 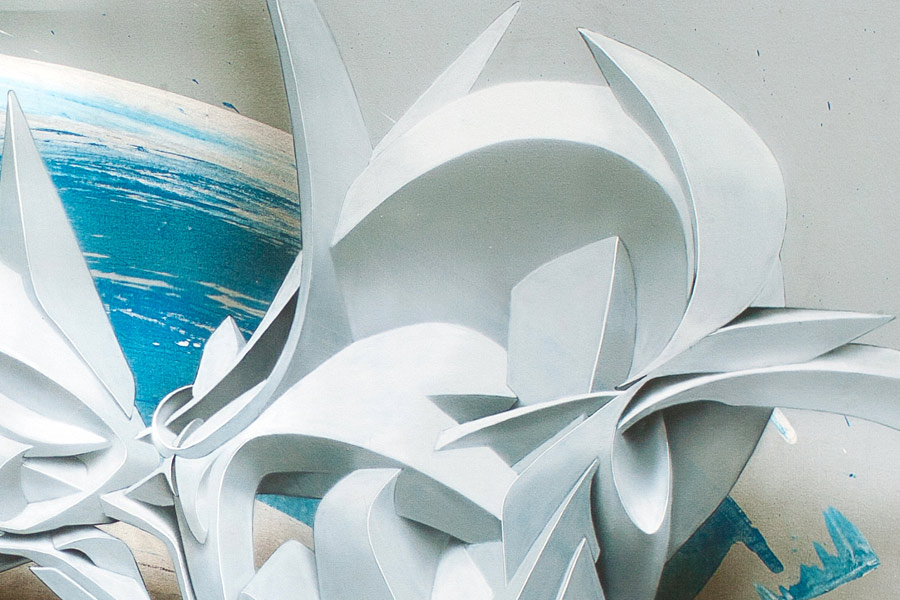 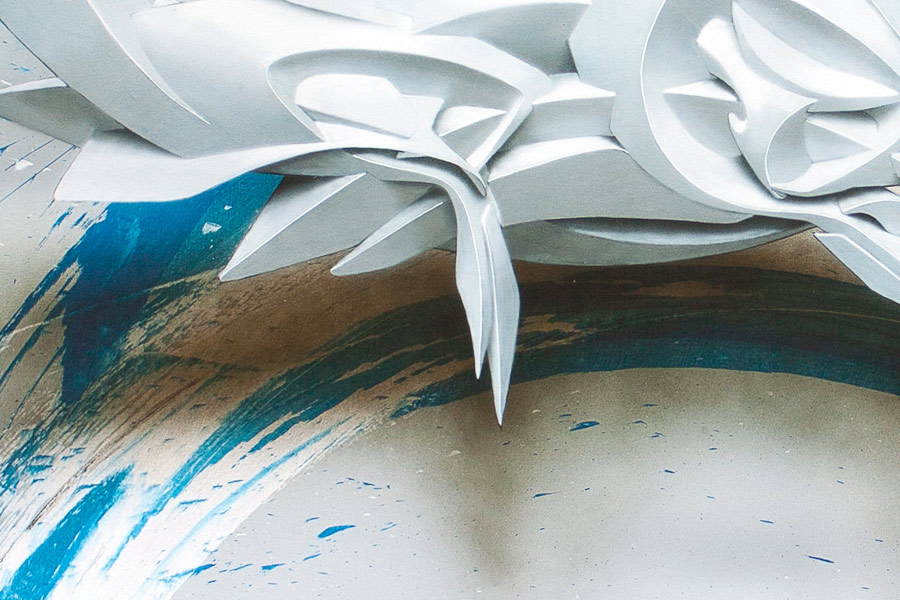 ABOUT THIS ART:
"This canvas was shown at and painted for Moniker Art Fair in London. It was a very busy period for our studio and we were in the middle of a negotiation processes to decide works prices, dates and solve all of the organization issue. “Negotiation” is the word that best describes my way of doing business. But more deeply it also means internal negotiation for personal decisions. The chaotic background is in contrast with the clean and plain shape in the foreground. The big brush stroke in the background is composed by a tiny bit of black, pure cerulean blue and pure white not mixing them together. They are the basic color elements in the nearly exact quantity i used to create all the shades and tones that i used to paint one of my most flawless, volumetric and sharp pieces. Metaphorically, it represents the initial confusion of possibilities against the final concentration of decisions, and i think that decision is a force that make things happen." - Peeta

This RUN comes signed, numbered and with a Certificate of Authenticity from Peeta and 1xRUN