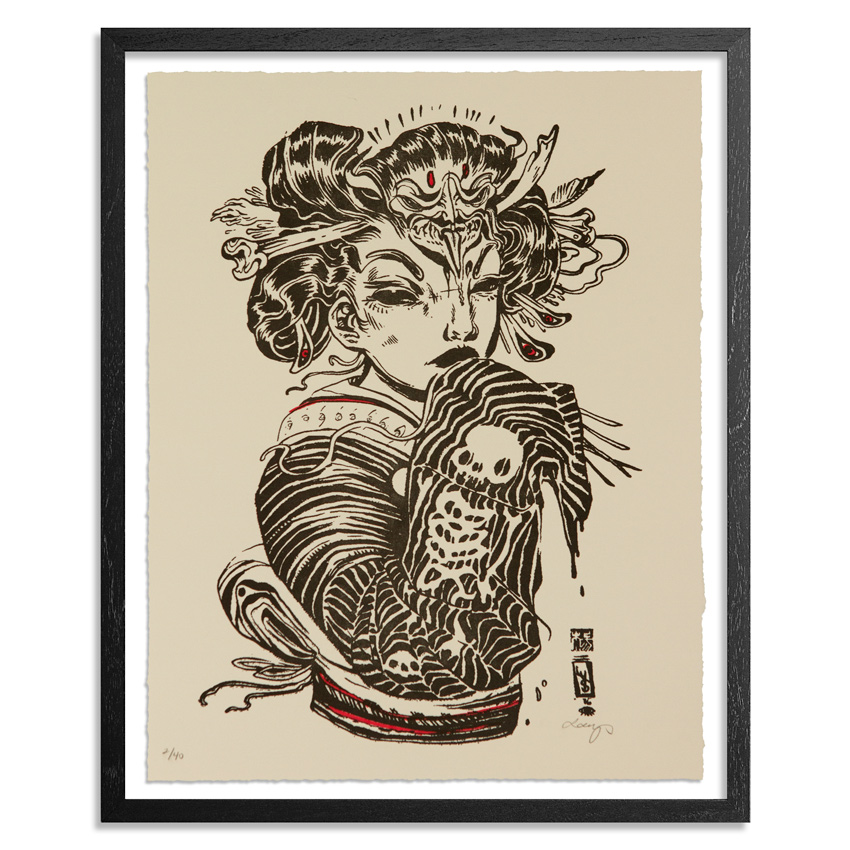 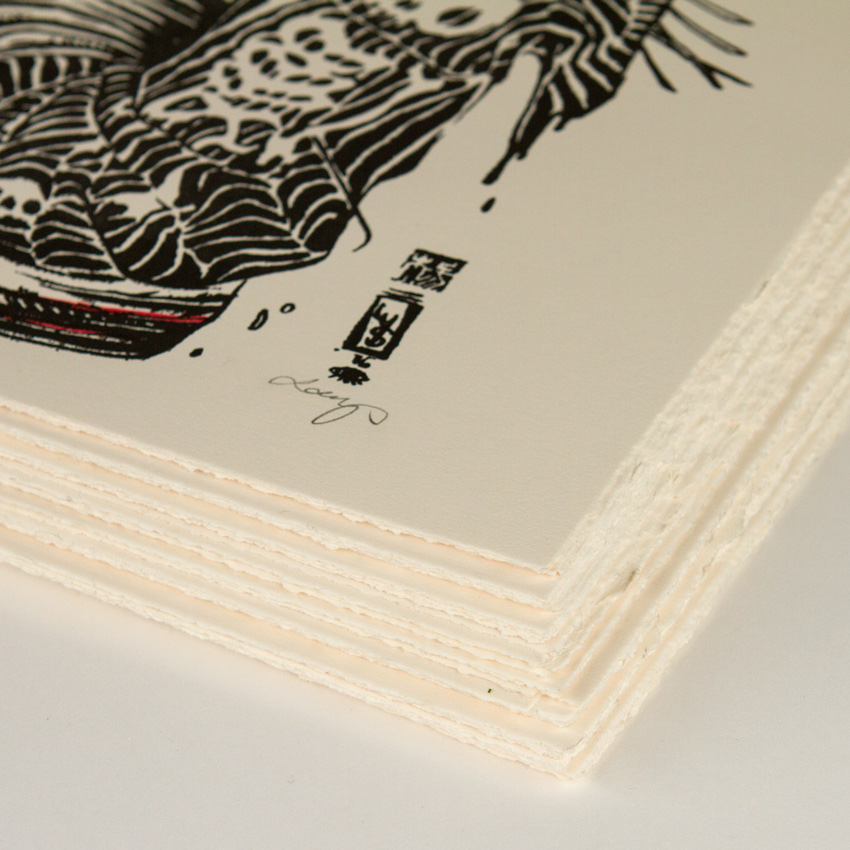 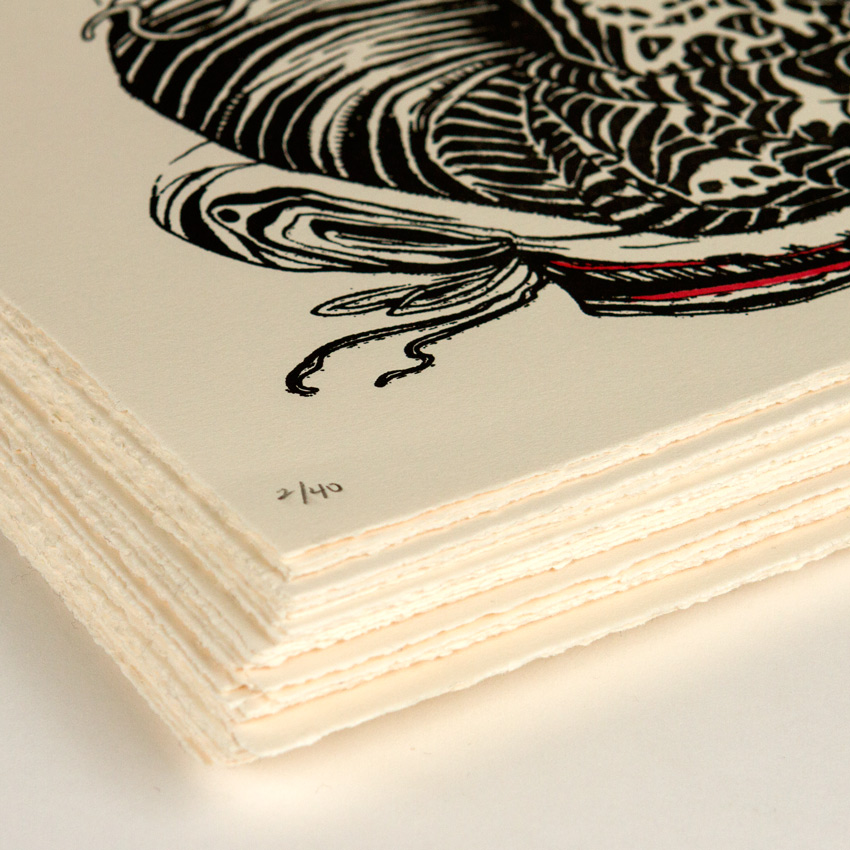 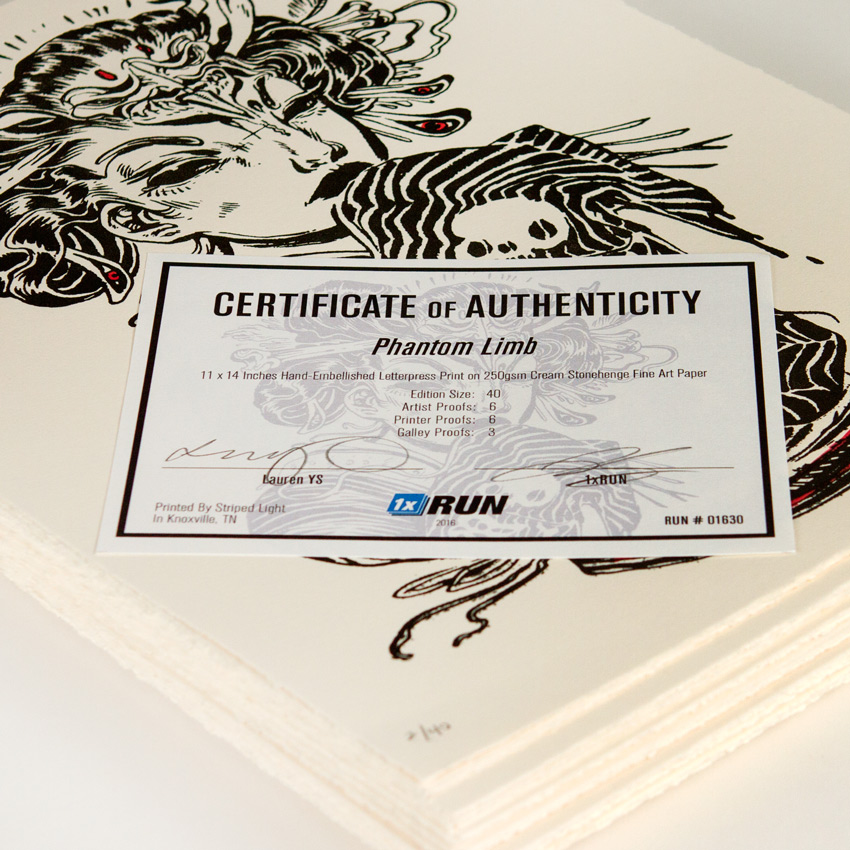 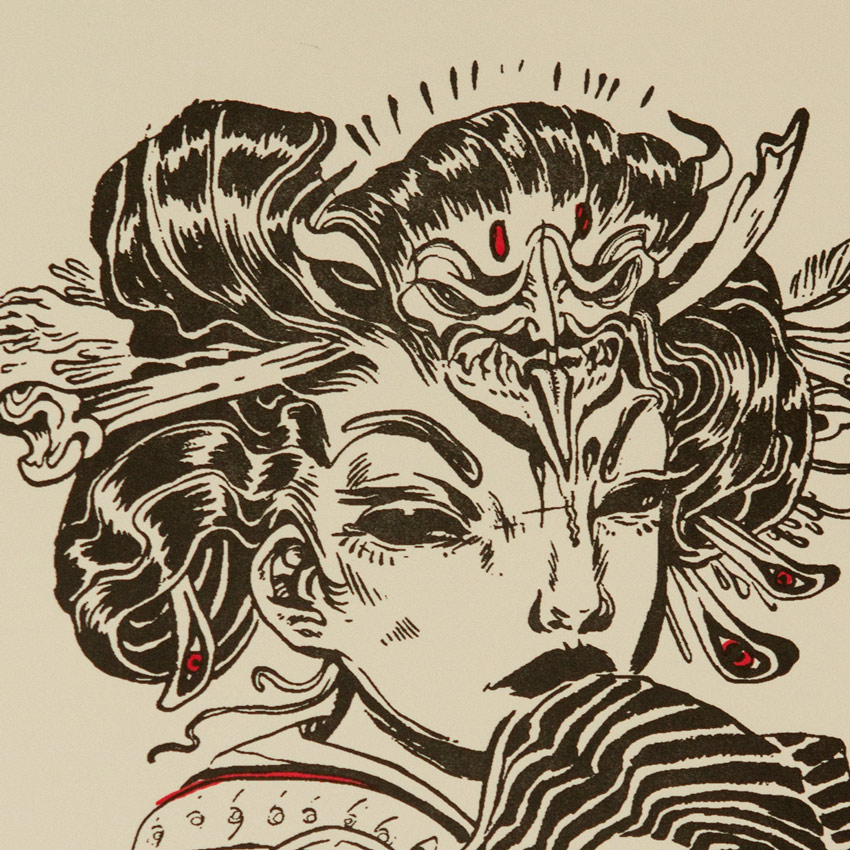 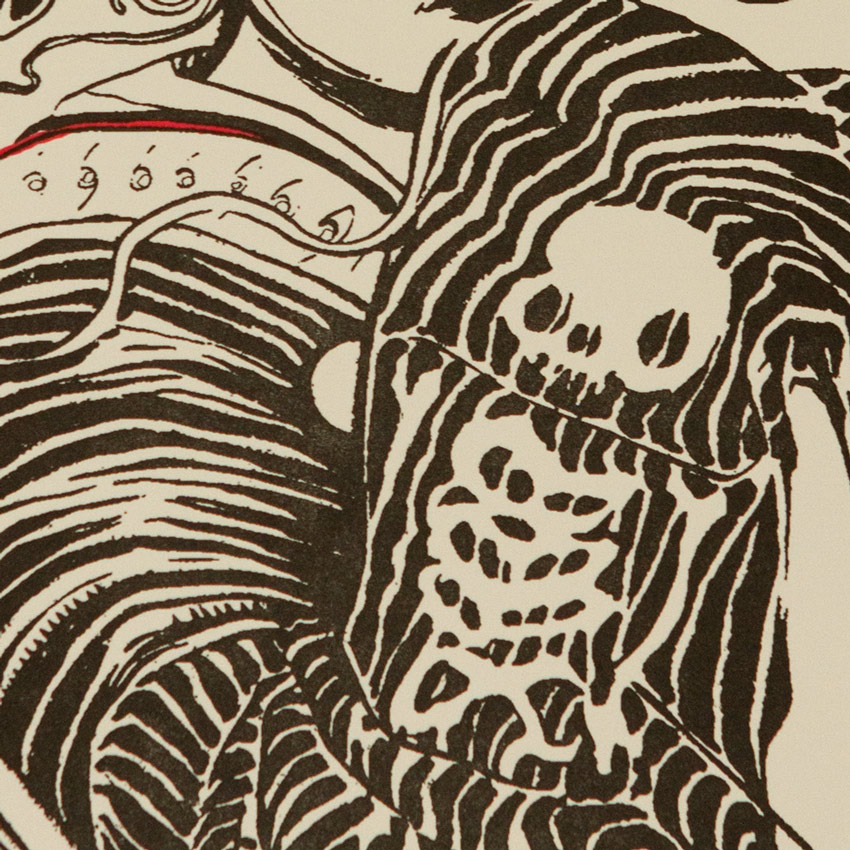 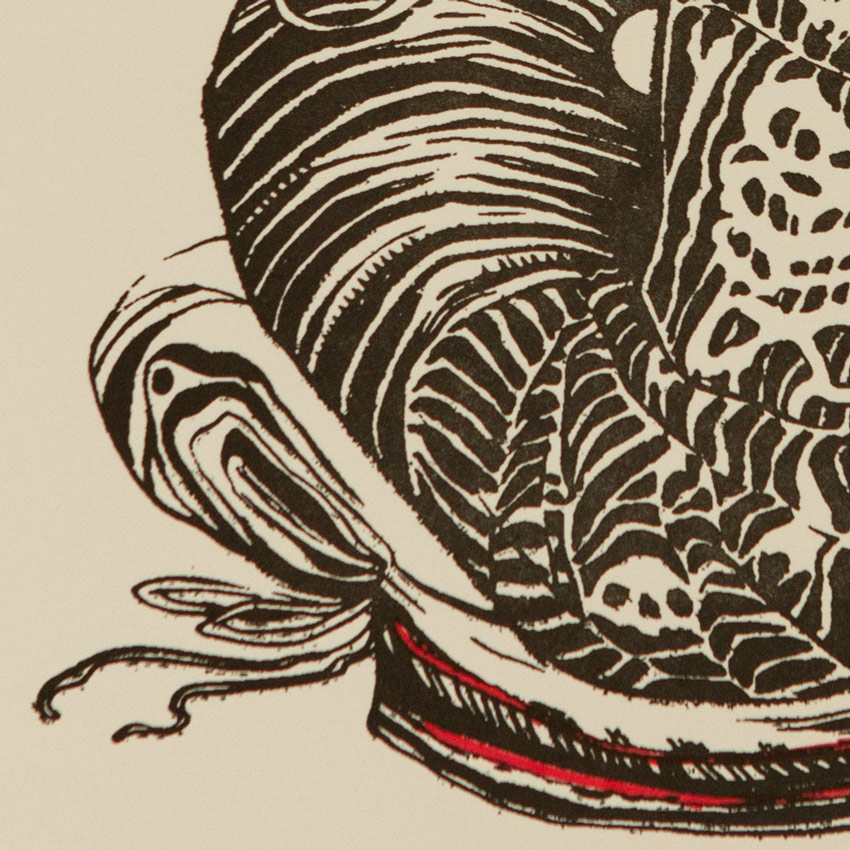 Note: This RUN is uniquely hand-embellished and may vary from the images shown.

ABOUT THE ARTIST:
Lauren YS moved from Denver to the Bay five years ago to attend Stanford University where she studied Visual Art and English. She started painting murals as a way to work large, travel, connect with urban landscapes and other artists who share a lifestyle of wanderlust. She is inspired by forests and oceans, nasty feelings, things that grow while we are sleeping, ultraviolet colorscapes, little girls who fight monsters, black holes, cybernetic organisms, love, death and jelly.

Follow Lauren on Instagram @lolo.ys , Twitter @roboboobs & Facebook
MORE
ABOUT Lauren YS:
Lauren is a fine artist and muralist whose work explores questions of identity and the darker sides of femininity within a psychedelic dreamworld of her own making. Known best for her large scale murals, Lauren creates characters whose fantastical mutations represent empowerment of the other and a celebration of personhood. Lauren's work is influenced by dreams, mythology, death, comics, love, sex, monsters, black holes, cybernetic organisms and her Asian-American heritage.
MORE
MORE FROM Lauren YS
$75
Run of 100
Upcoming
Drops in:
Favorite 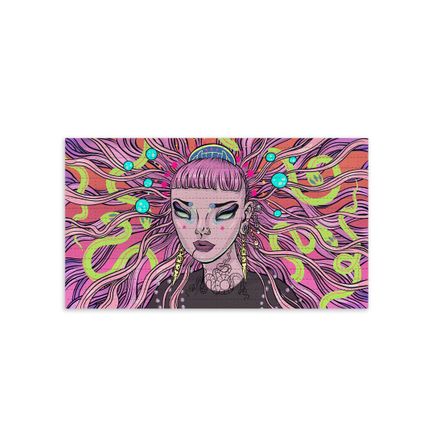 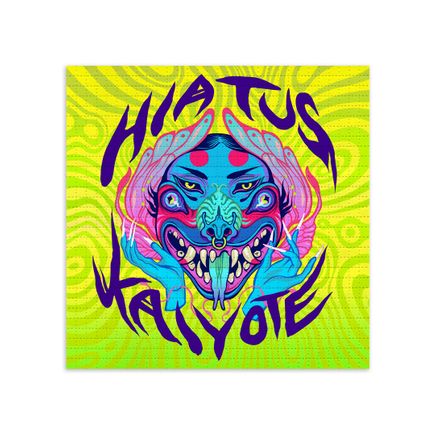 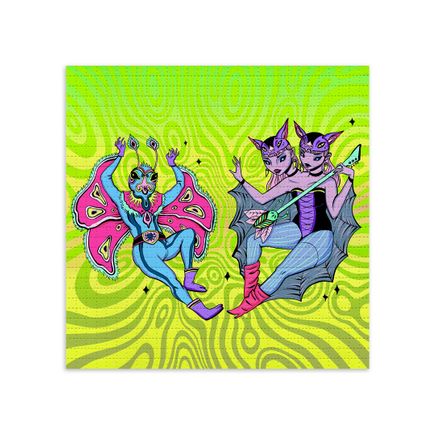 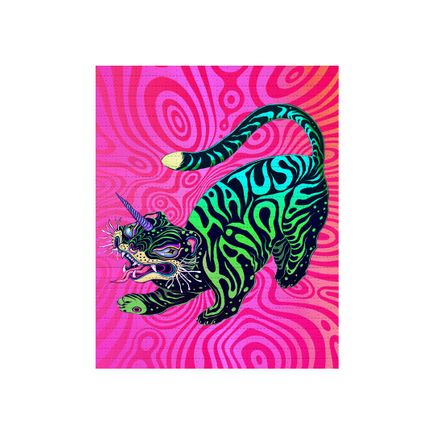 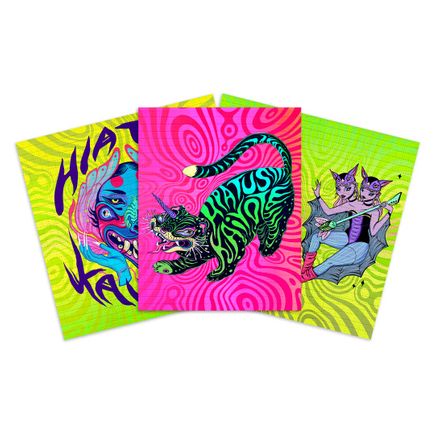 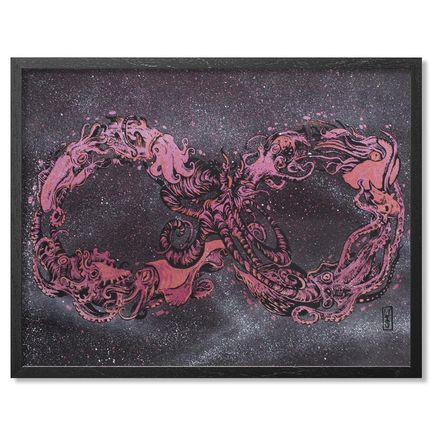