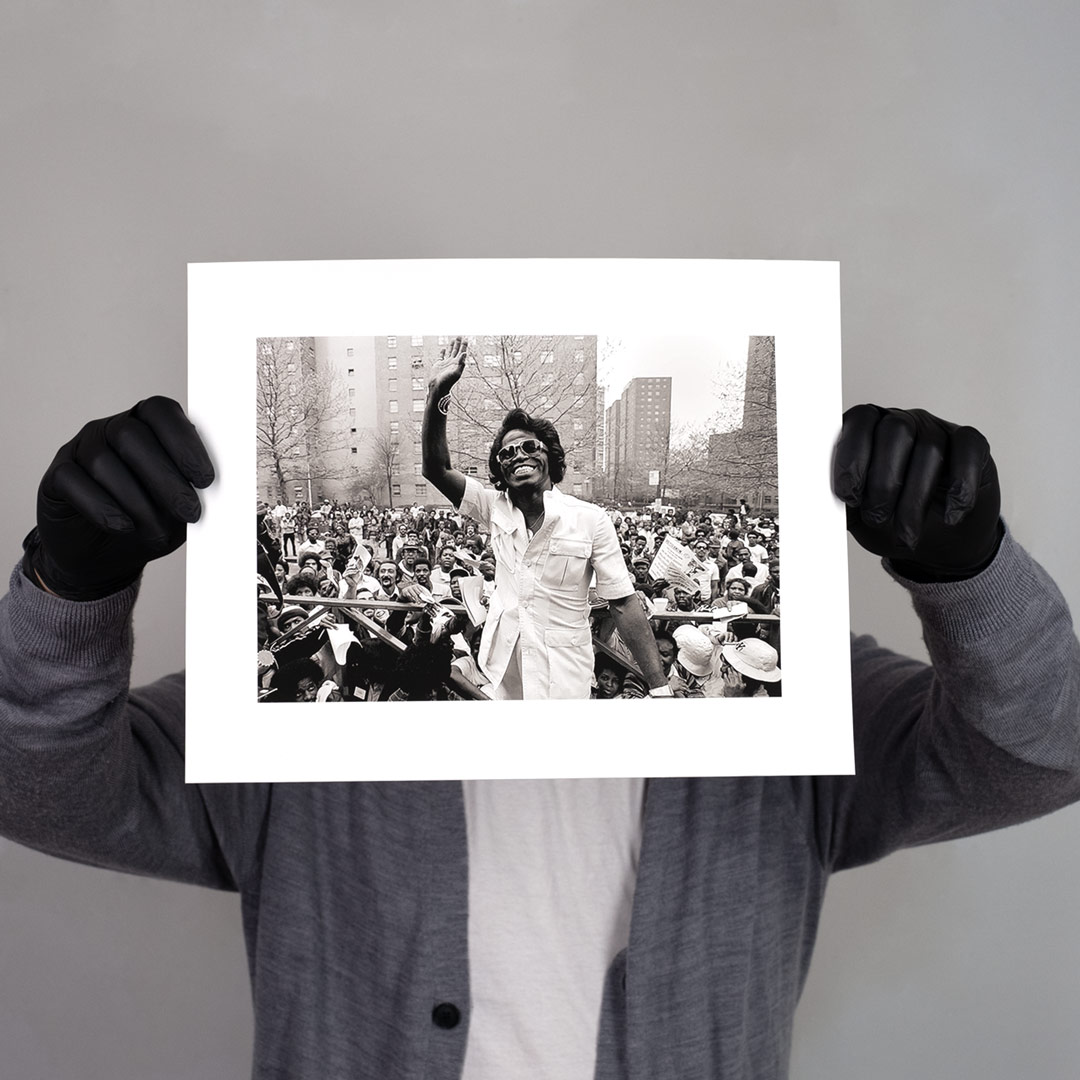 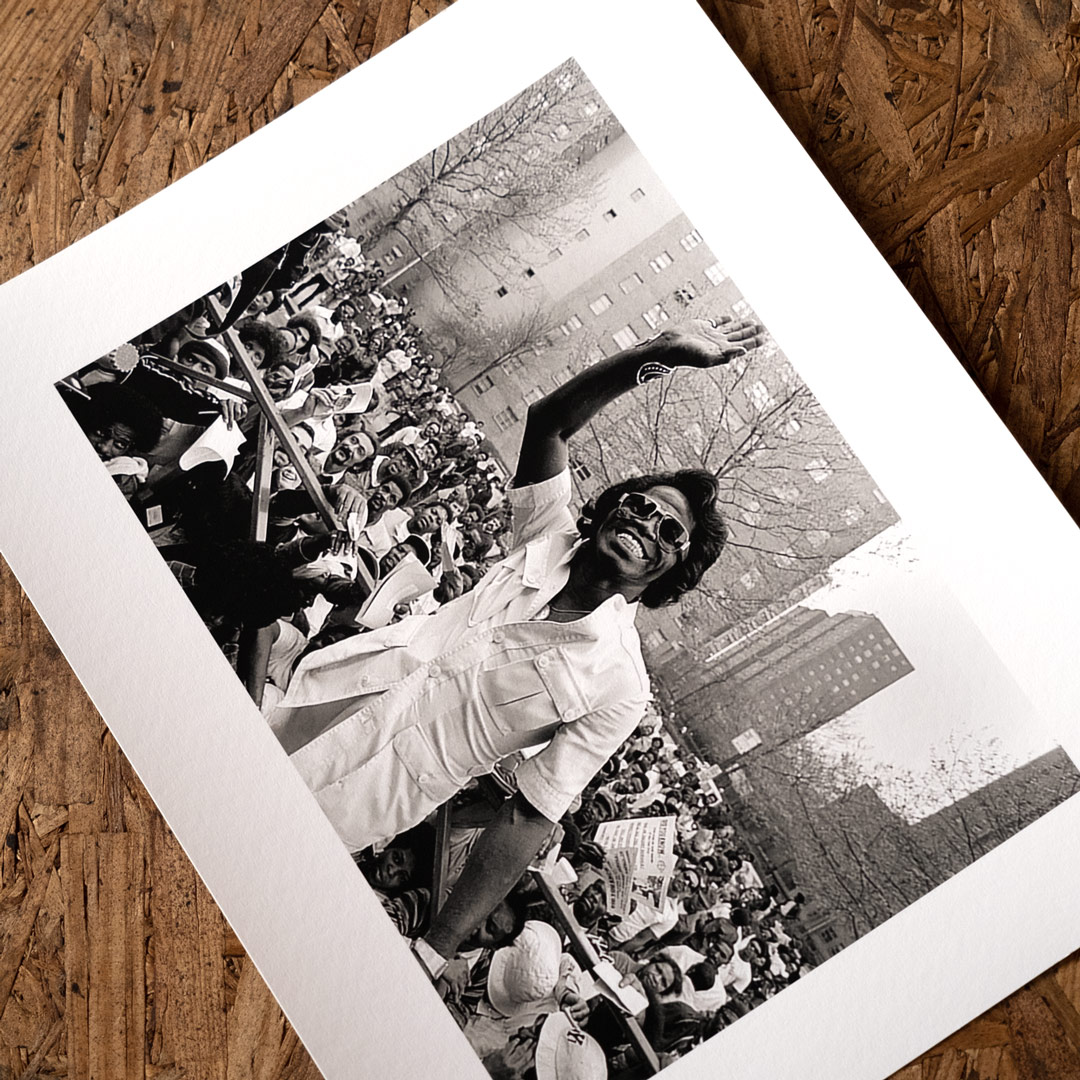 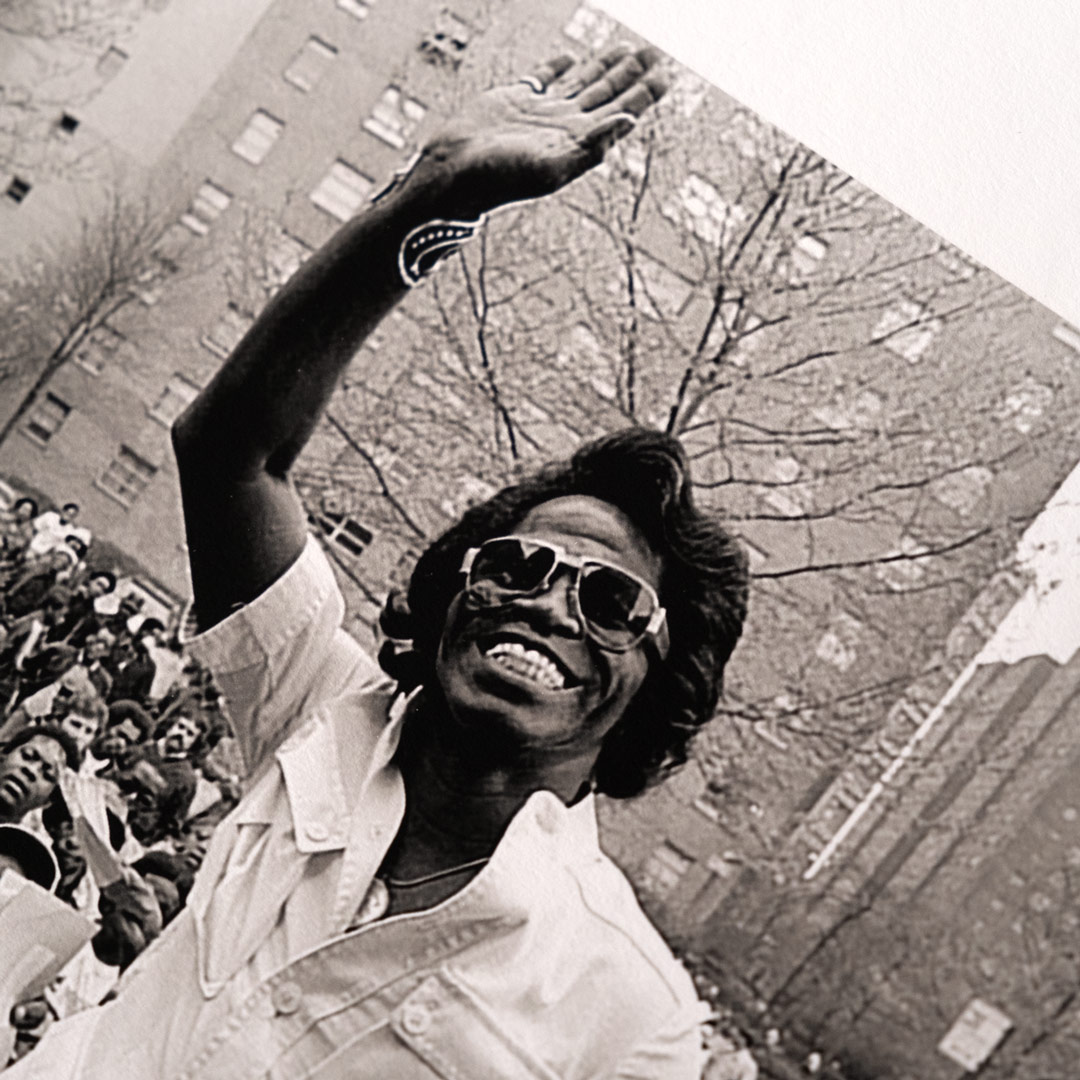 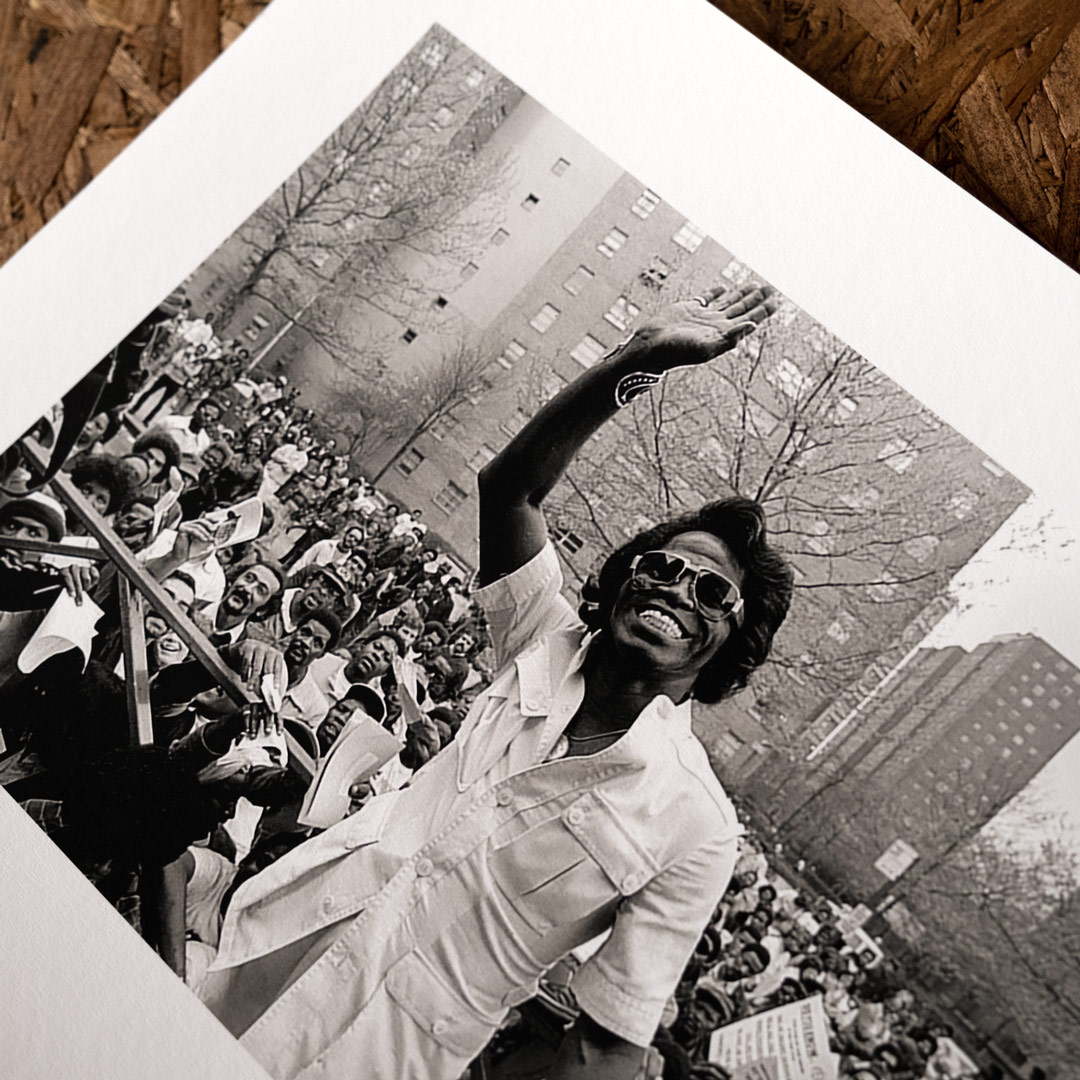 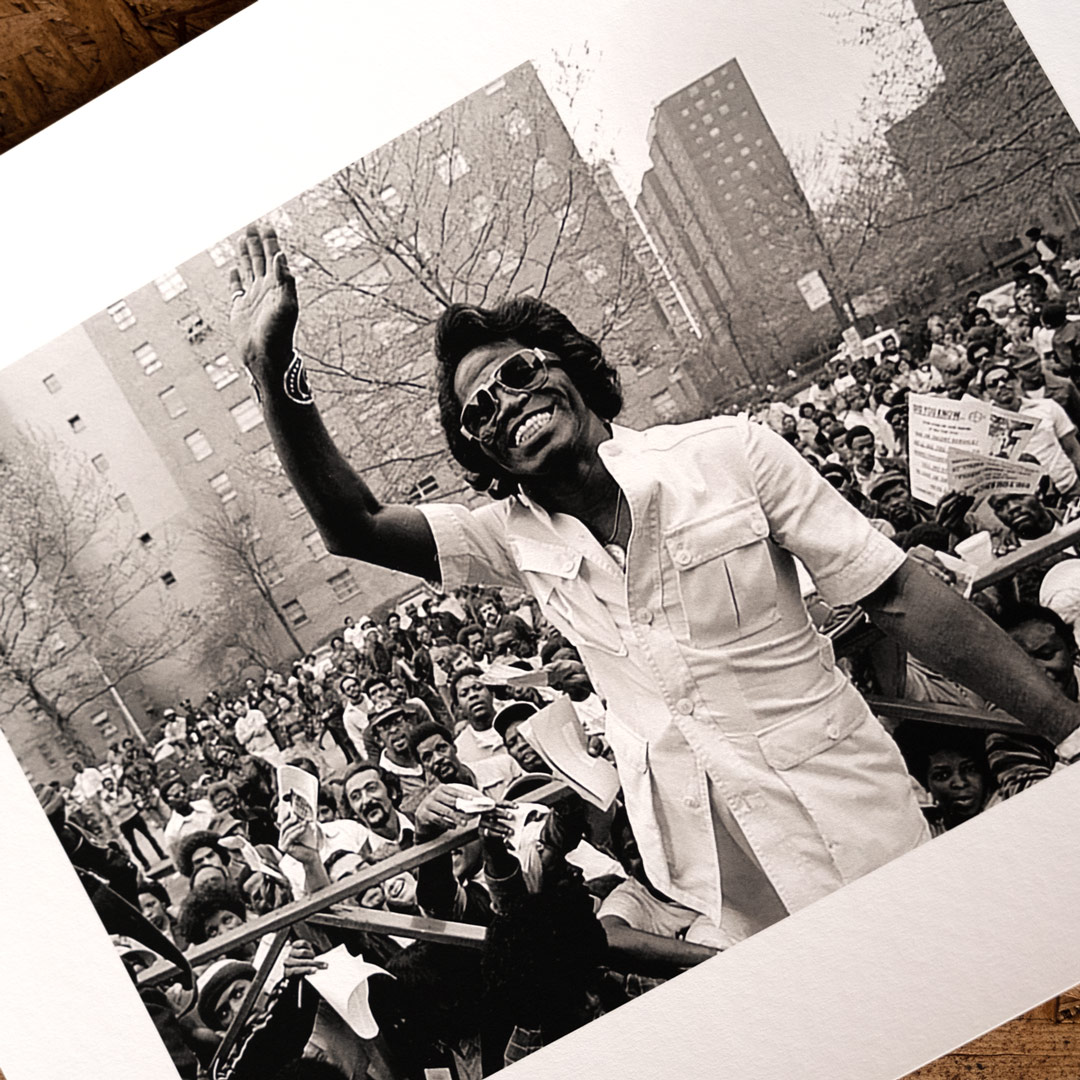 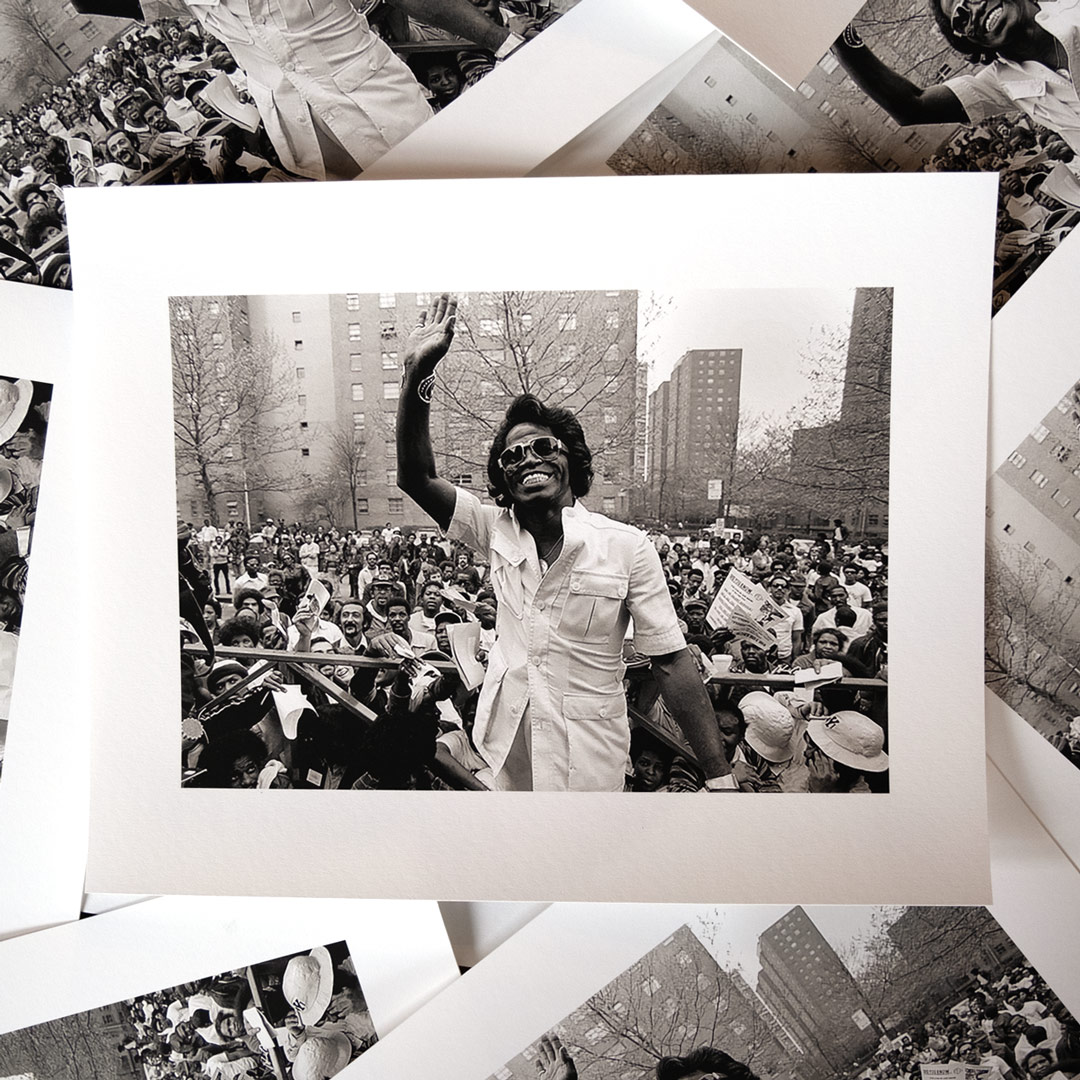 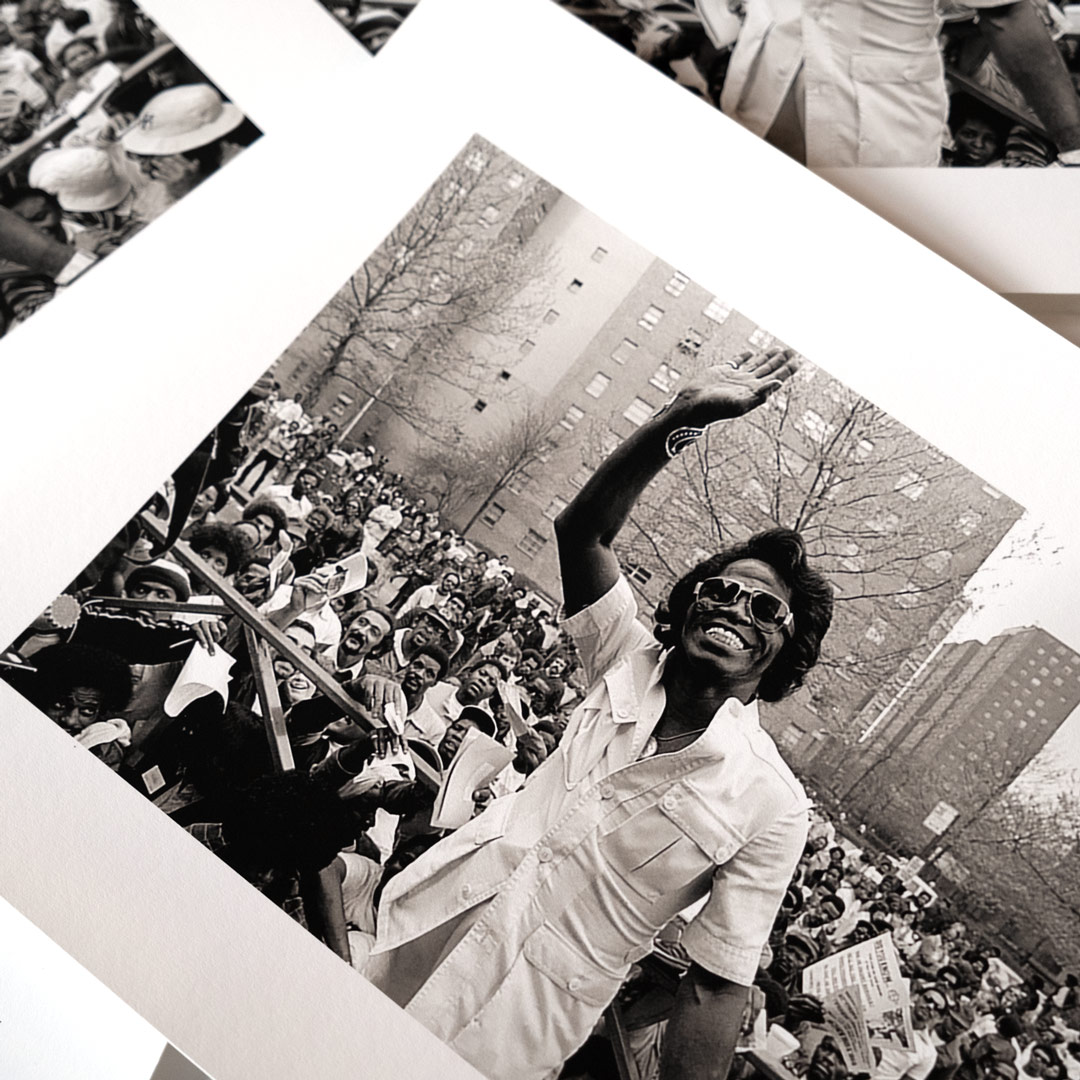 ABOUT THIS ART:
"Living in New York City, you have to be keen on where you walk and shoot. A photographer loaded down with equipment is an easy mark. I got a call from James Brown's record label to photograph him in Harlem for a benefit street concert. Cool, except the publicist said I better take the subway since the blocked-off streets prevented a taxi from getting anywhere close to the stage. I put everything I needed in a brown paper bag and took the subway up to the shoot; no one suspected that I was a photographer. The concert was incredible and the huge audience loved him. I got great preference shots for the label and I wanted to do something different. I went back stage when a song was over and yelled out 'James!' He turned around, saw me, and smiled."
–Richard E. Aaron
MORE
ABOUT Richard E. Aaron:
In a career that spans over three decades, Richard E. Aaron has shot still photography for a wide variety of media, ranging from feature films, television and video to corporate public relations, entertainment publicity and album covers. Perhaps best known for his music photography, he was honored by Modern Photography Magazine as one of the "10 Best Rock Photographers" in the world, he has hundreds of album covers to his credit including "FRAMPTON COMES ALIVE," still the biggest selling double live LP. He shot the first photographic rock 'n' roll cover of Time magazine - Paul McCartney/Wings Over America. All told, his work has appeared in more than 45,000 magazines, newspapers and books worldwide. His extensive work in music photography (4,000 musical artists photographed) includes, "Fleetwood: The Visitor in Africa" (RCA Records), a tour shot on location in Ghana West Africa. Similar projects for many top rock & roll groups around the world followed. He traveled through the People's Republic of China for several months, where he documented the first Western rock group to record an album and tour. He graduated from the School of Visual Arts BFA (New York City) Alumnus of Brooks Institute with an Honorary Master's Degree awarded in 2008. (Brooks Santa Barbara, California). Richard Aaron died in December, 2016.
MORE
MORE FROM Richard E. Aaron
$150
Run of 75
Favorite