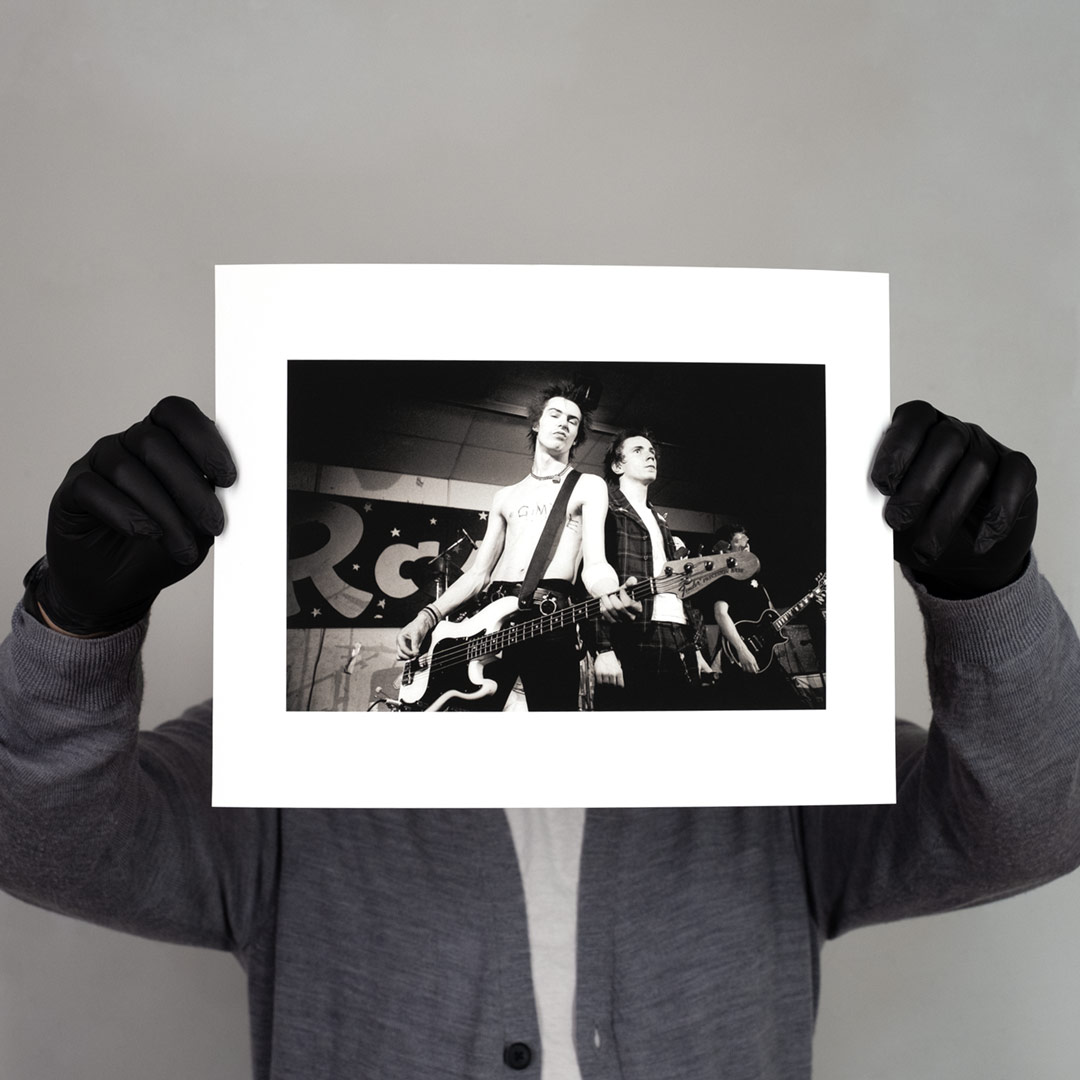 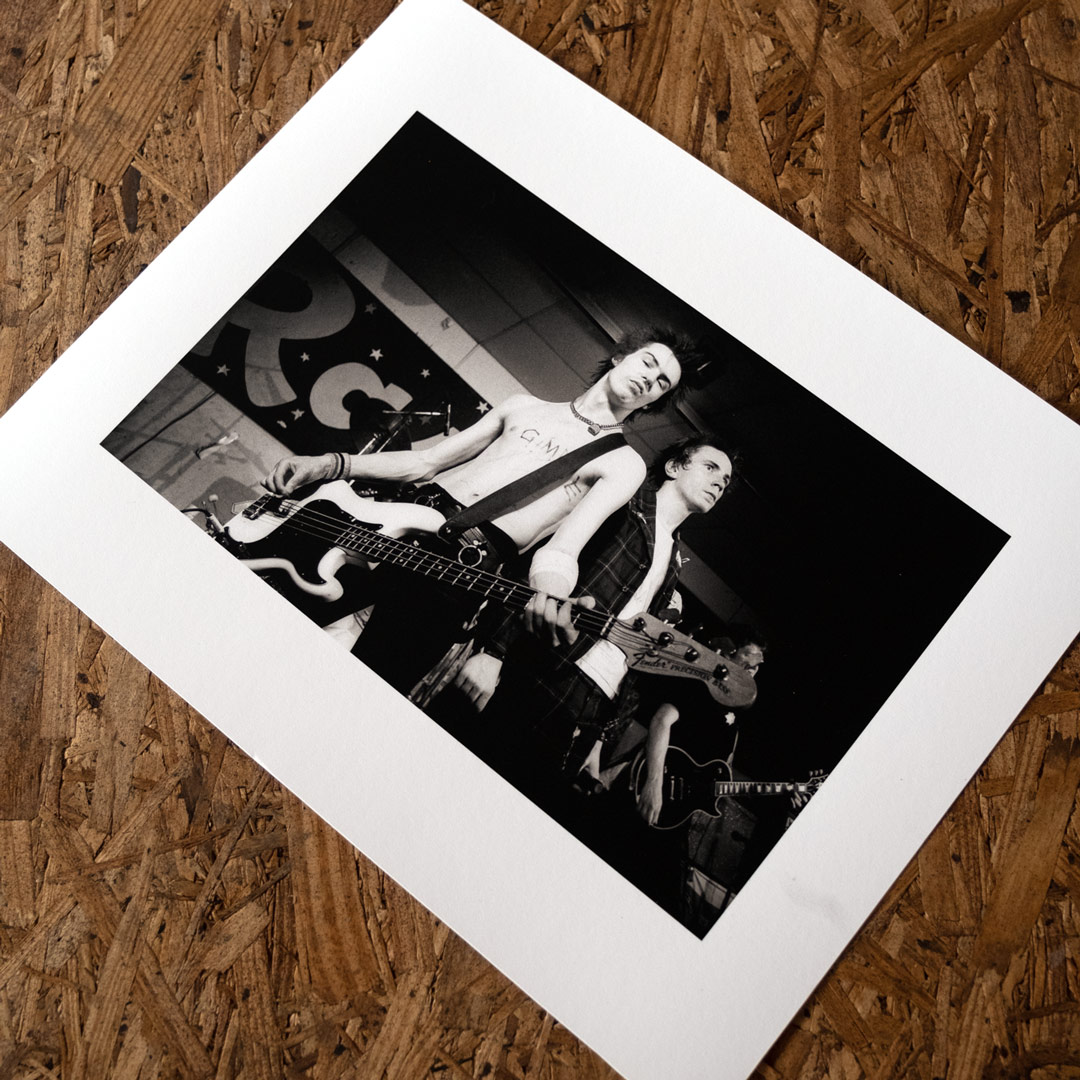 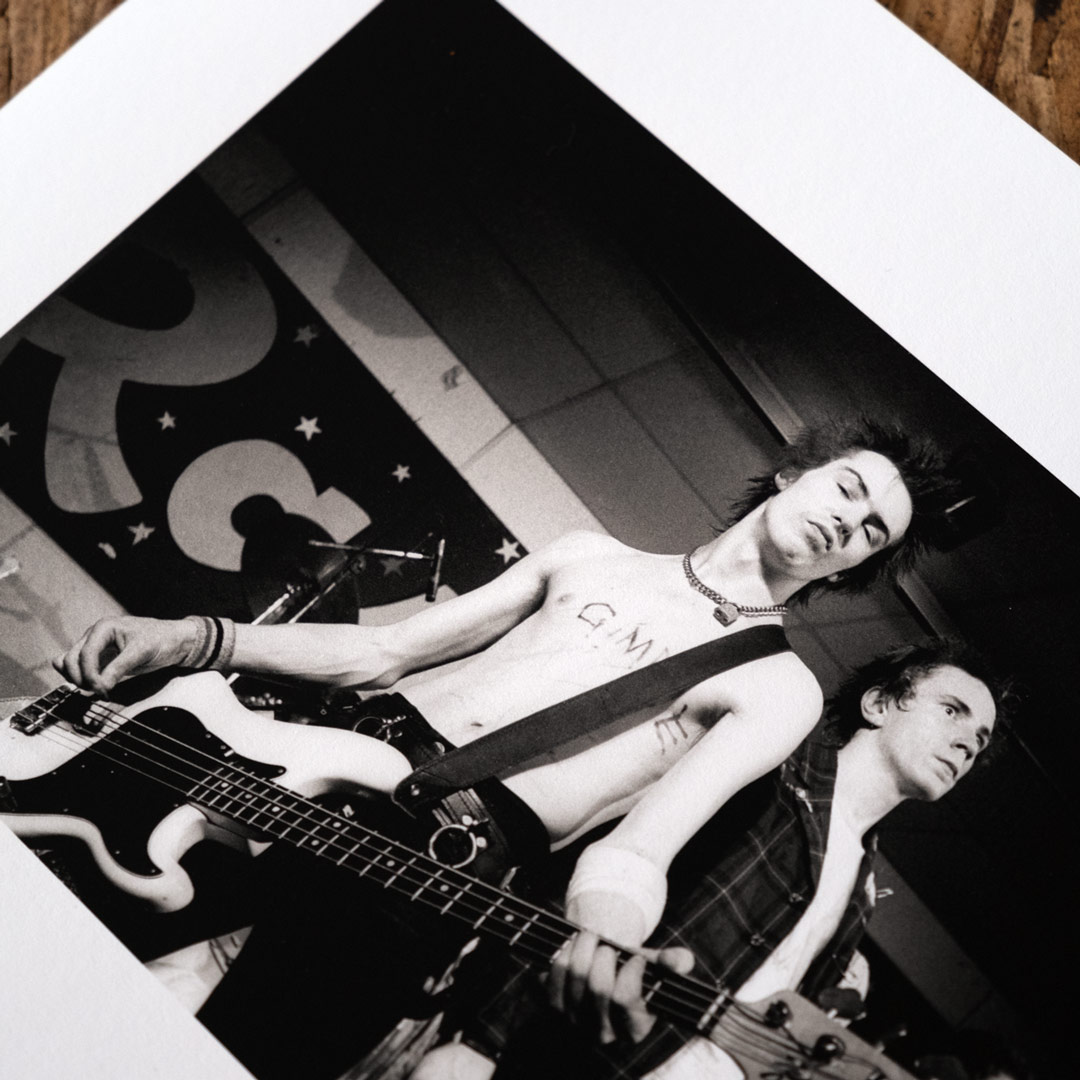 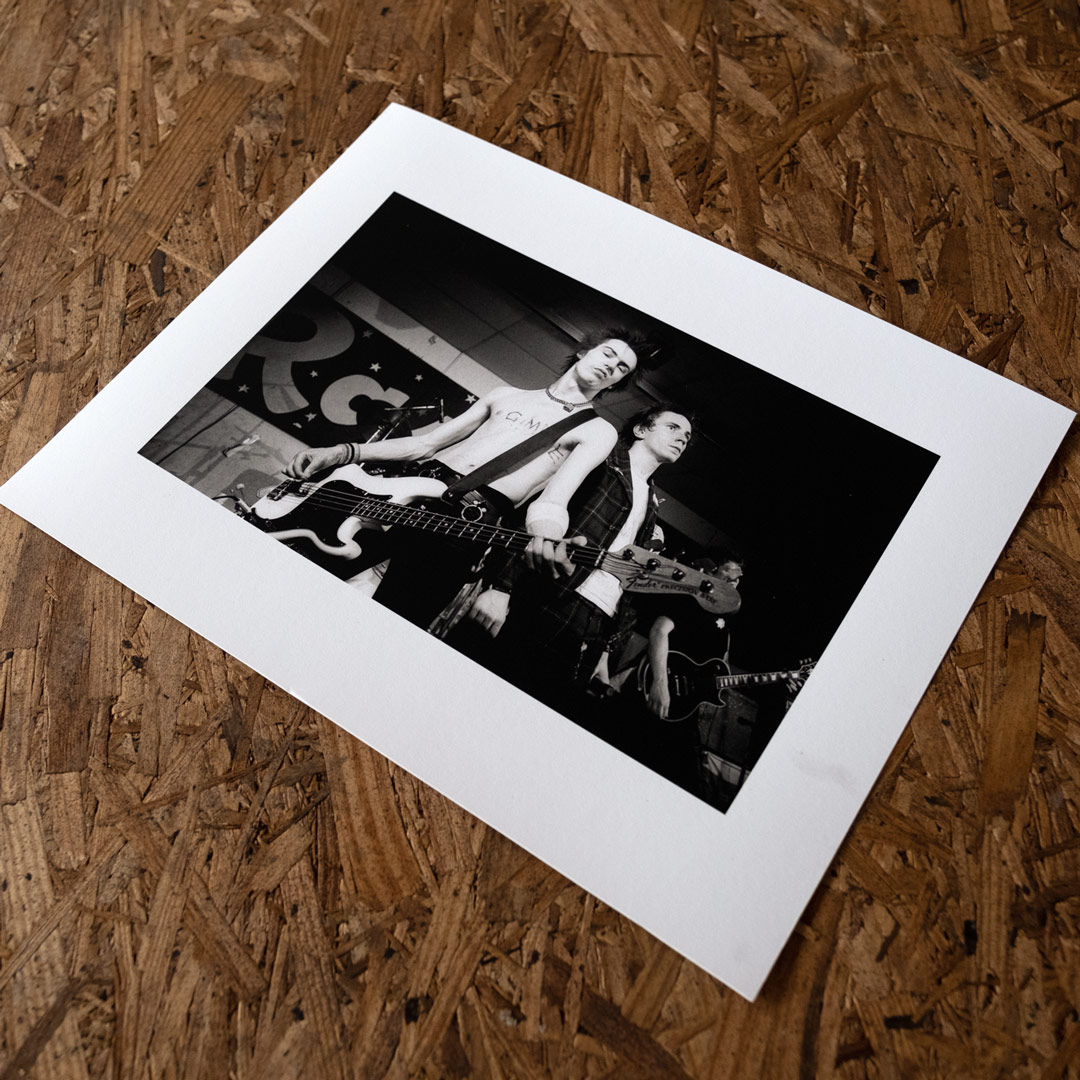 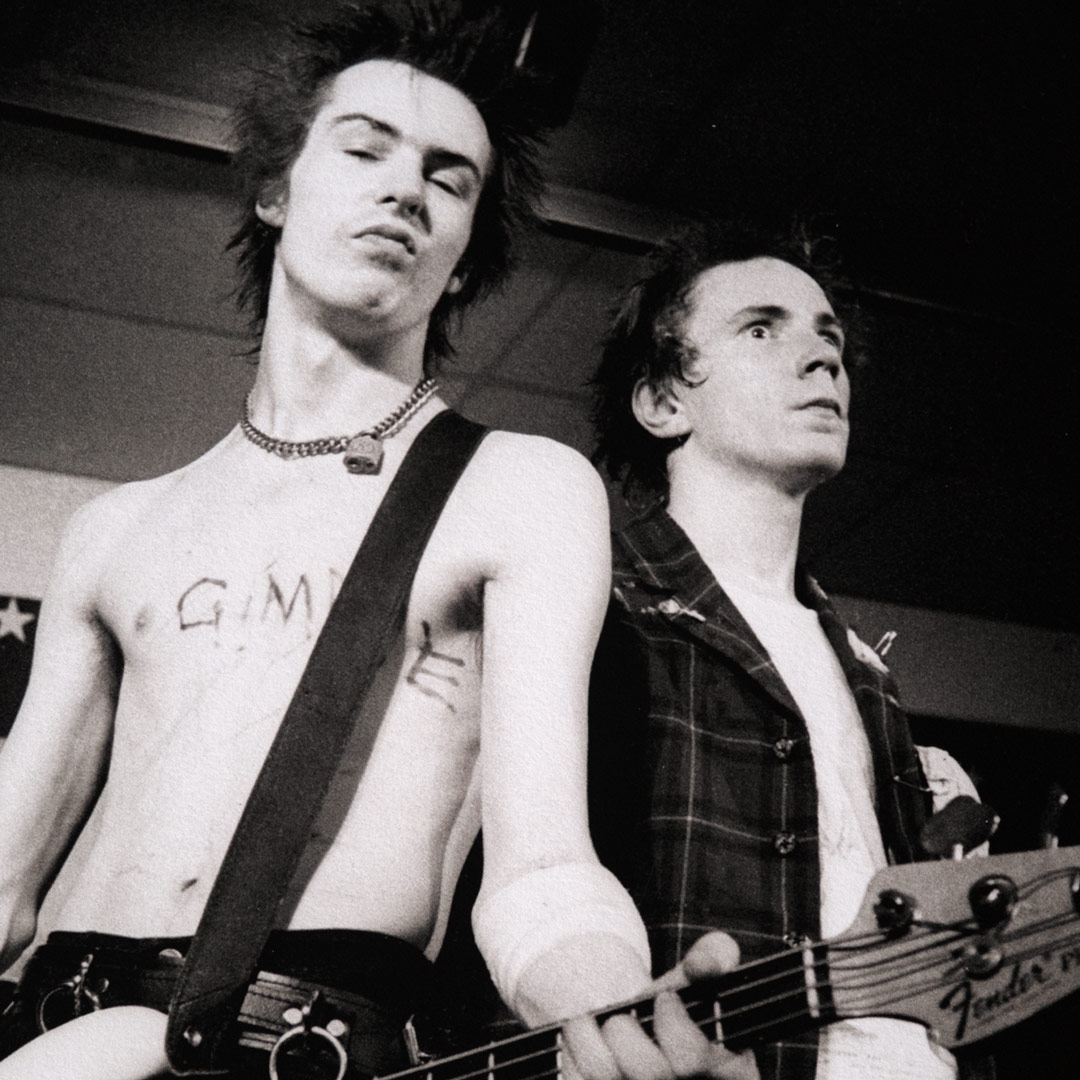 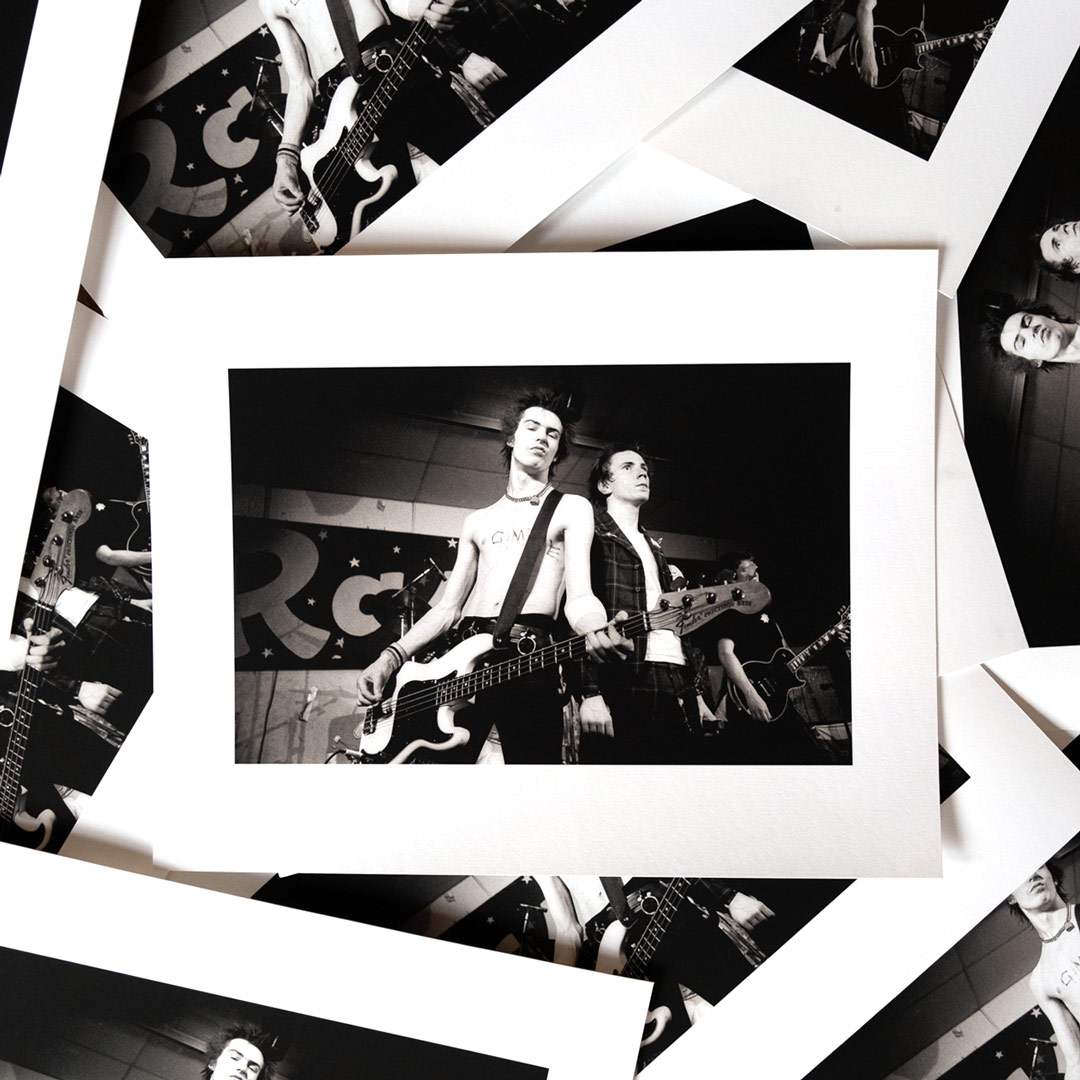 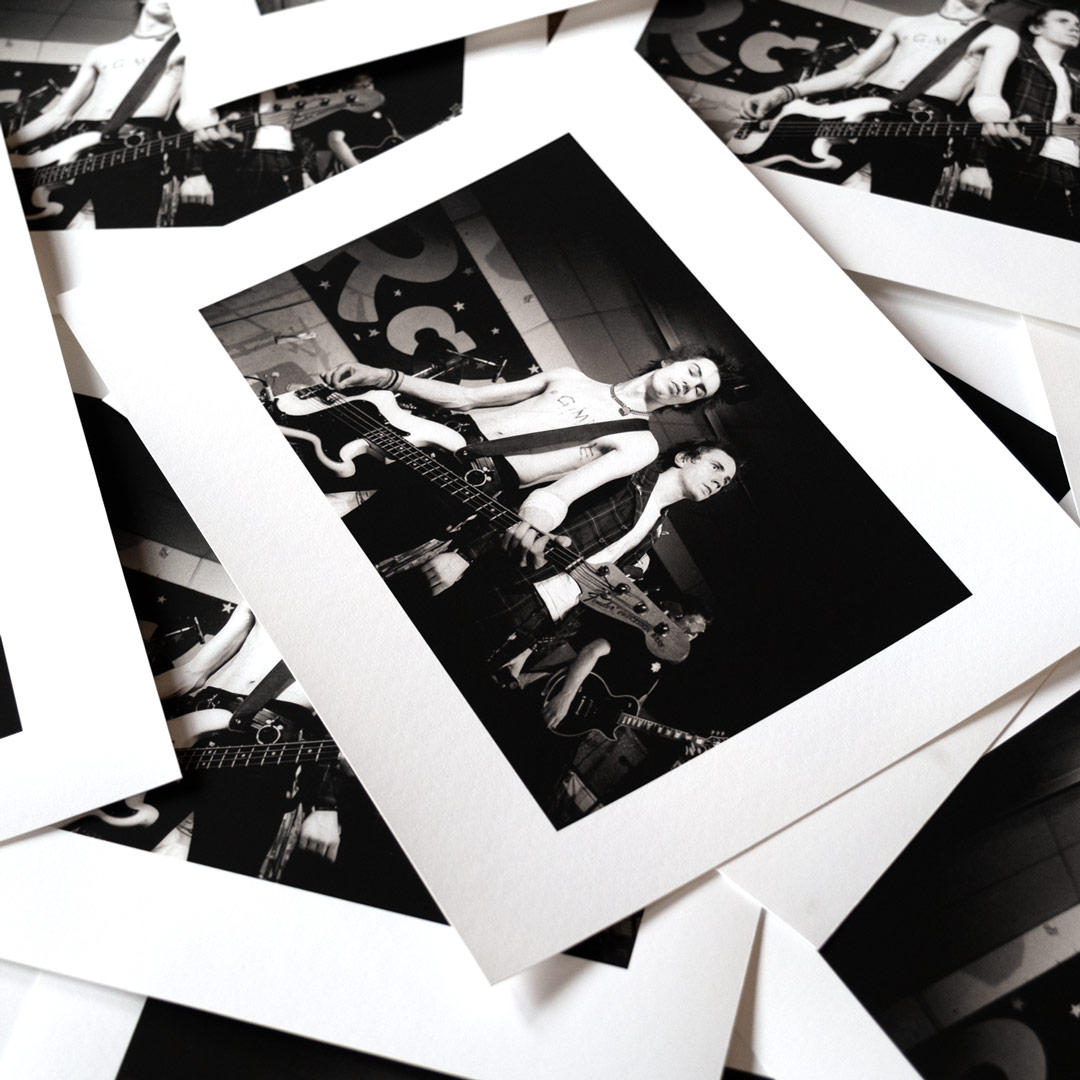 ABOUT THIS ART:
"Three weeks on tour with the Pistols during their first tour to America. The American press were hailing the band as the new British Invasion and calling the Pistols the anti-Beatles, but that was nothing compared to the British press who followed the band over. The British tabloid press knows no limits: they will do whatever it takes to get the story. I had an all-access pass, the only stipulation was that I could not let the British press know where the band was. So on the way to rehearsals I would have to sneak out of the hotel, jump into a taxi, and then tell the taxi driver to lose anyone following us. Shades of Raymond Chandler. The last day of the tour, I was leaving the hotel and in a far corner of the lobby, Sid was on the floor in the corner sleeping it off."
–Richard E. Aaron
MORE
ABOUT Richard E. Aaron:
In a career that spans over three decades, Richard E. Aaron has shot still photography for a wide variety of media, ranging from feature films, television and video to corporate public relations, entertainment publicity and album covers. Perhaps best known for his music photography, he was honored by Modern Photography Magazine as one of the "10 Best Rock Photographers" in the world, he has hundreds of album covers to his credit including "FRAMPTON COMES ALIVE," still the biggest selling double live LP. He shot the first photographic rock 'n' roll cover of Time magazine - Paul McCartney/Wings Over America. All told, his work has appeared in more than 45,000 magazines, newspapers and books worldwide. His extensive work in music photography (4,000 musical artists photographed) includes, "Fleetwood: The Visitor in Africa" (RCA Records), a tour shot on location in Ghana West Africa. Similar projects for many top rock & roll groups around the world followed. He traveled through the People's Republic of China for several months, where he documented the first Western rock group to record an album and tour. He graduated from the School of Visual Arts BFA (New York City) Alumnus of Brooks Institute with an Honorary Master's Degree awarded in 2008. (Brooks Santa Barbara, California). Richard Aaron died in December, 2016.
MORE
MORE FROM Richard E. Aaron
$150
Run of 75
Favorite