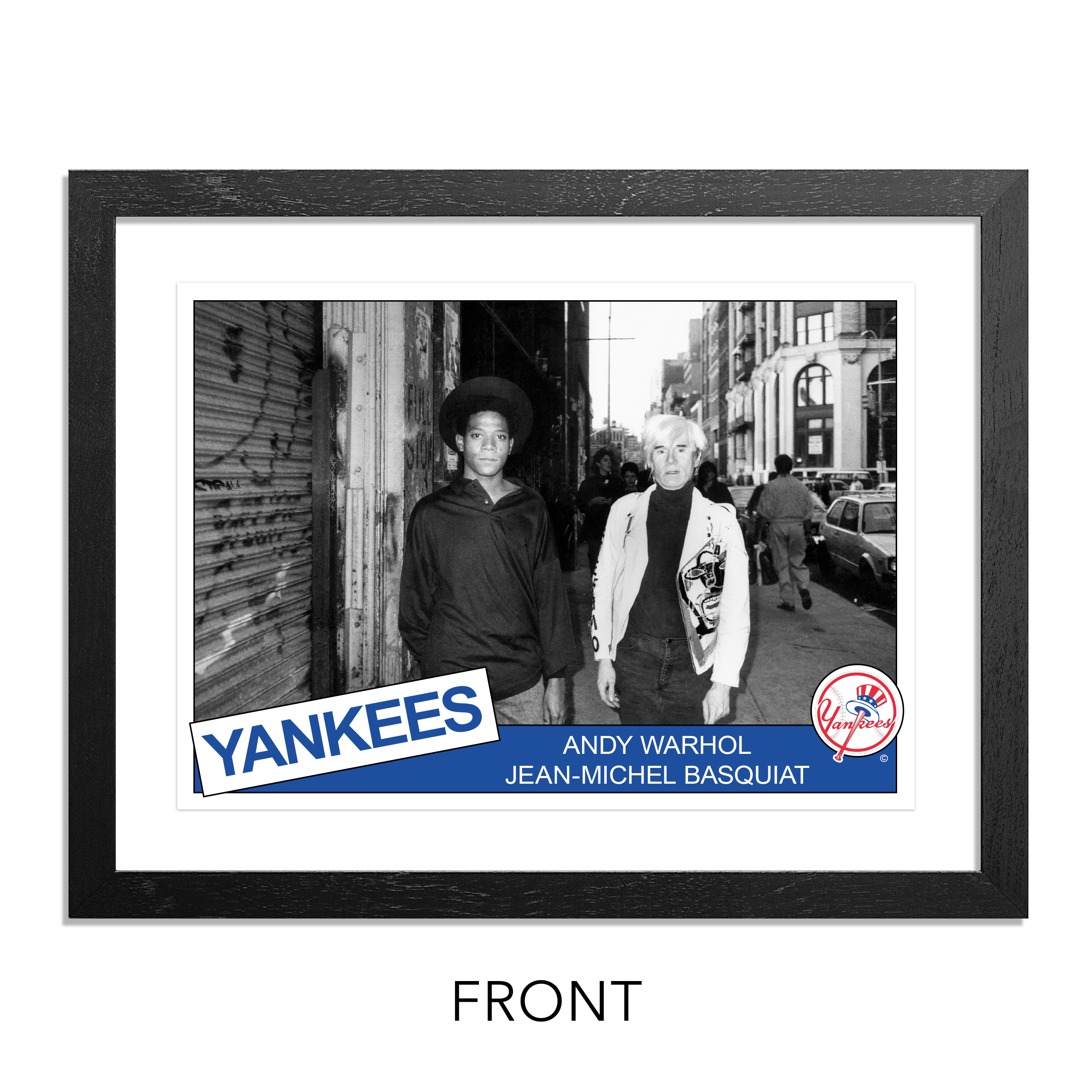 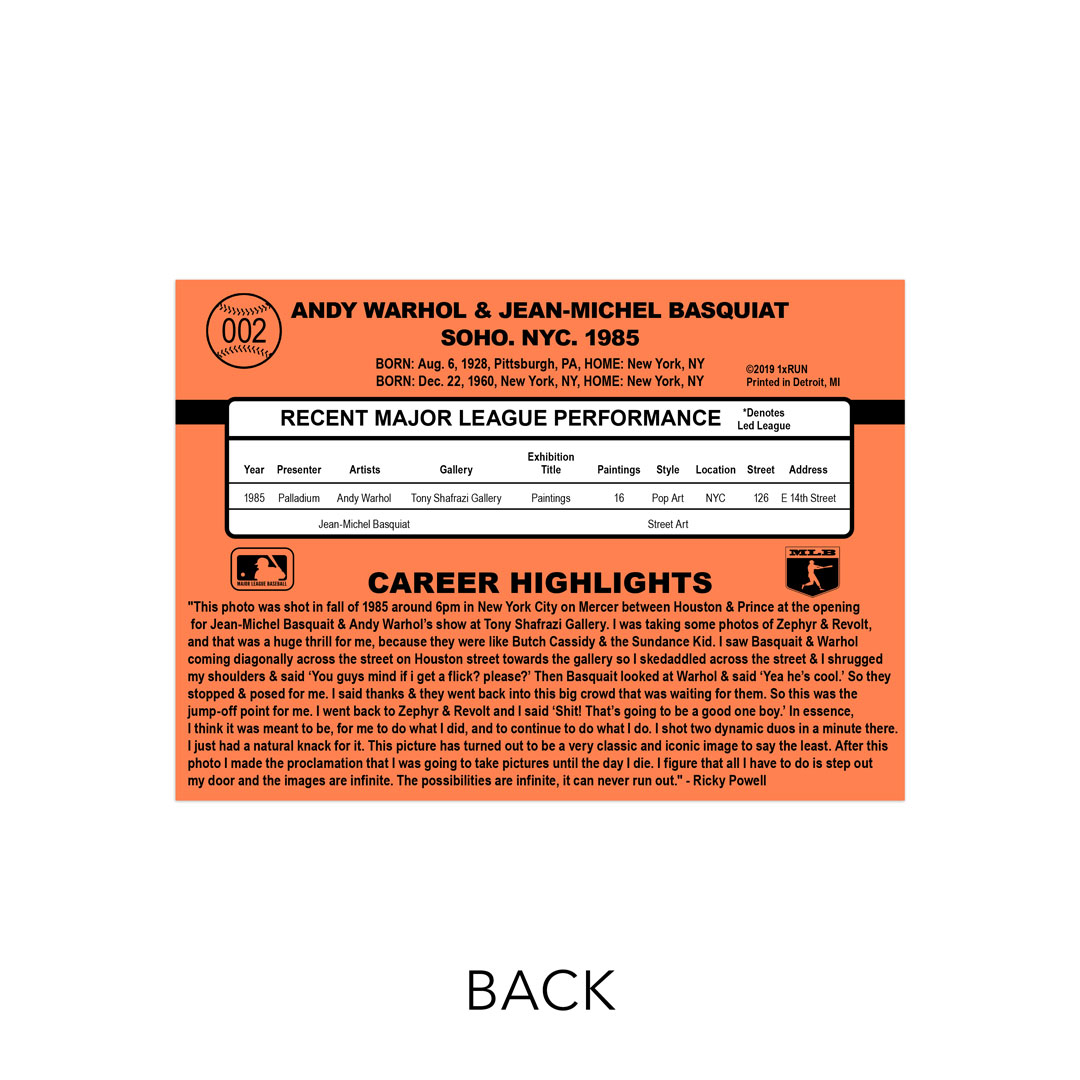 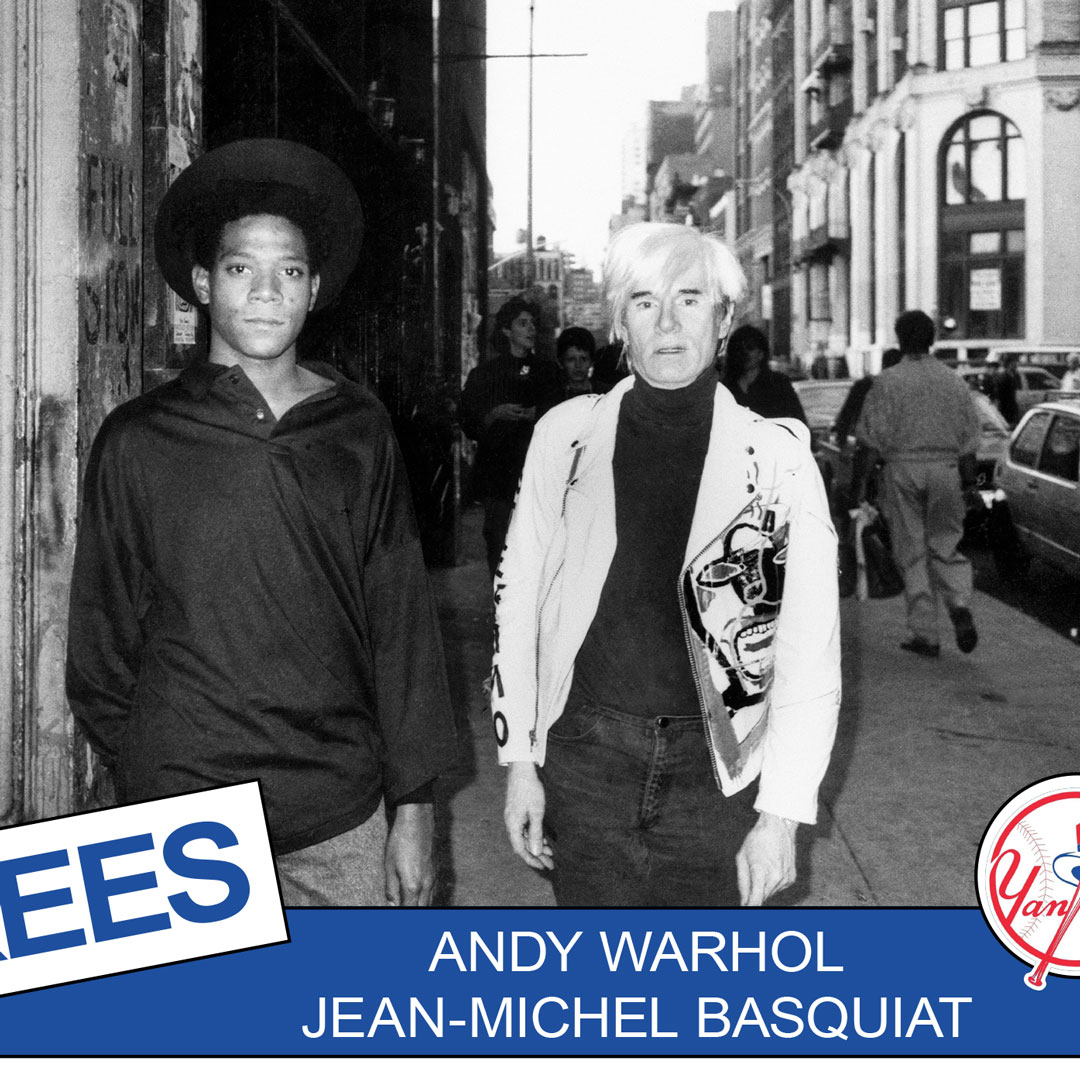 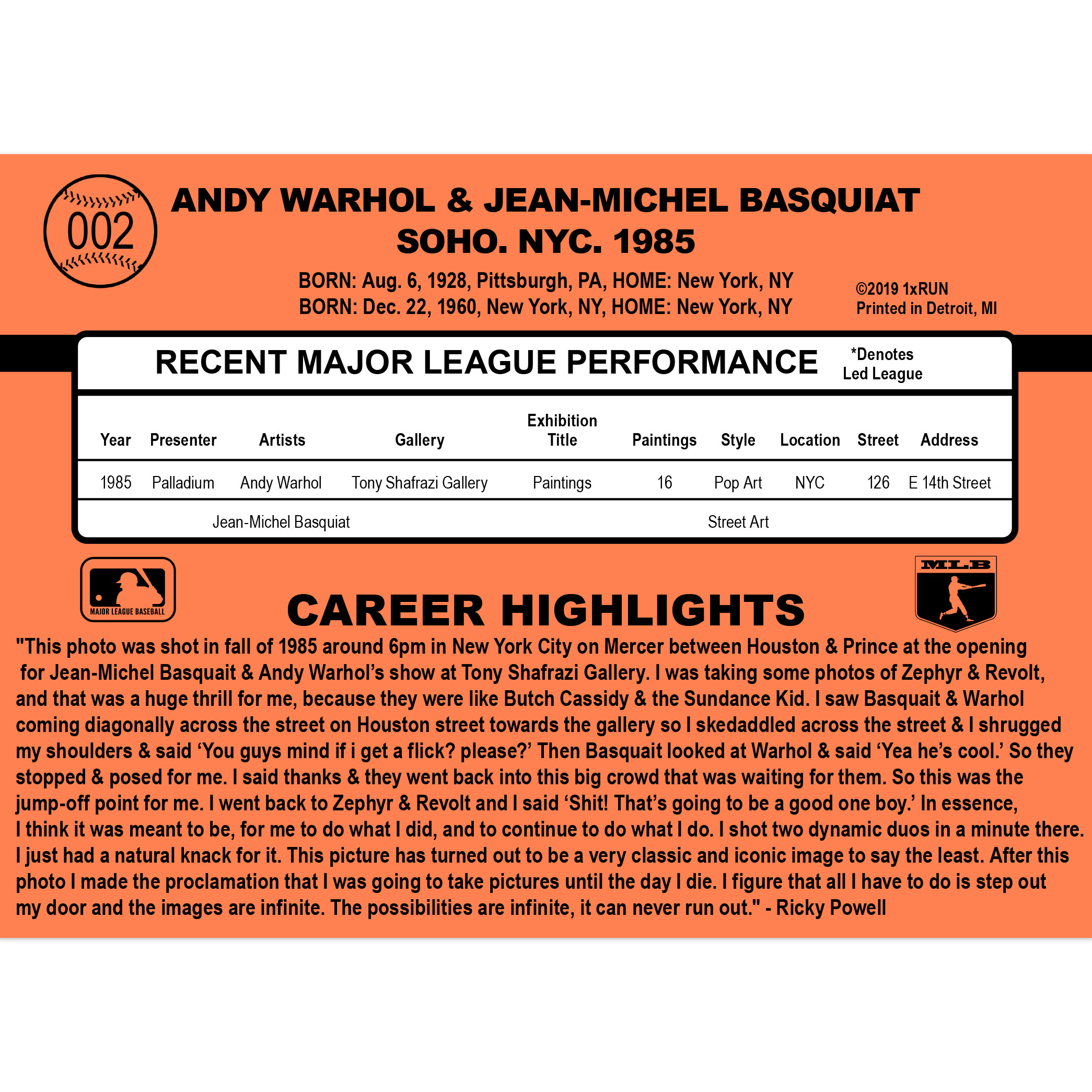 No Frame
The framing option for this RUN includes float-mounting in a 7/8 inch black wood frame with UV-glass, foam core backing and ready to hang hardware.
ADD TO CART
Edition Size 100
This RUN is signed, numbered and comes with a Certificate of Authenticity from Ricky Powell and 1xRUN.
ADD TO FAVORITES 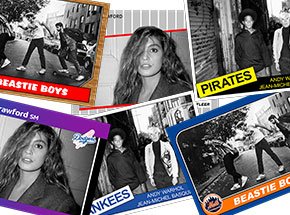 IN THIS COLLECTION
Lazy Hustling Grand Slams
6 Artworks
About this Art
“This photo was shot in fall of 1985 around 6pm in New York City on Mercer between Houston & Prince at the opening for Jean-Michel Basquait & Andy Warhol’s show at Tony Shafrazi Gallery. I was taking some photos of Zephyr & Revolt, and that was a huge thrill for me, because they were like Butch Cassidy & the Sundance Kid. They were really cool together, but I saw Basquait & Warhol coming diagonally across the street on Houston street towards the gallery so I skedaddled across the street & I shrugged my shoulders & said “You guys mind if i get a flick? please?” Then Basquait looked at Warhol & said “Yea he’s cool.” So they stopped & posed for me. I said thanks & they went back into this big crowd that was waiting for them.

So this was the jump off for me. I went back to Zephyr & Revolt and I said “Shit! That’s going to be a good one boy.” In essence, I think it was meant to be, for me to do what I did, and to continue to do what I do. I shot two dynamic duos in a minute there. I just had a natural knack for it. This picture has turned out to be a very classic and iconic image to say the least. After this photo I made the proclamation that I was going to take pictures until the day I die. I figure that all I have to do is step out my door and the images are infinite. The possibilities are infinite, it can never run out.” - Ricky Powell 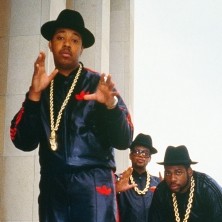 Ricky Powell
New York, New York
FOLLOW  +
Born and raised in New York City, Ricky Powell is a legendary photographer who specializes in the environmental portrait. He graduated with an AA in Liberal Arts from LaGuardia Community College and a B.S. in Physical Education from Hunter College. Though Powell initially rose to fame because of his relationship with the Beastie Boys, he is well-known for his intimate photographs that have been featured in The New York Times, The New York Post, The Daily News, The Village Voice, TIME, Newsweek, VIBE, The Source, Rolling Stone, and more.