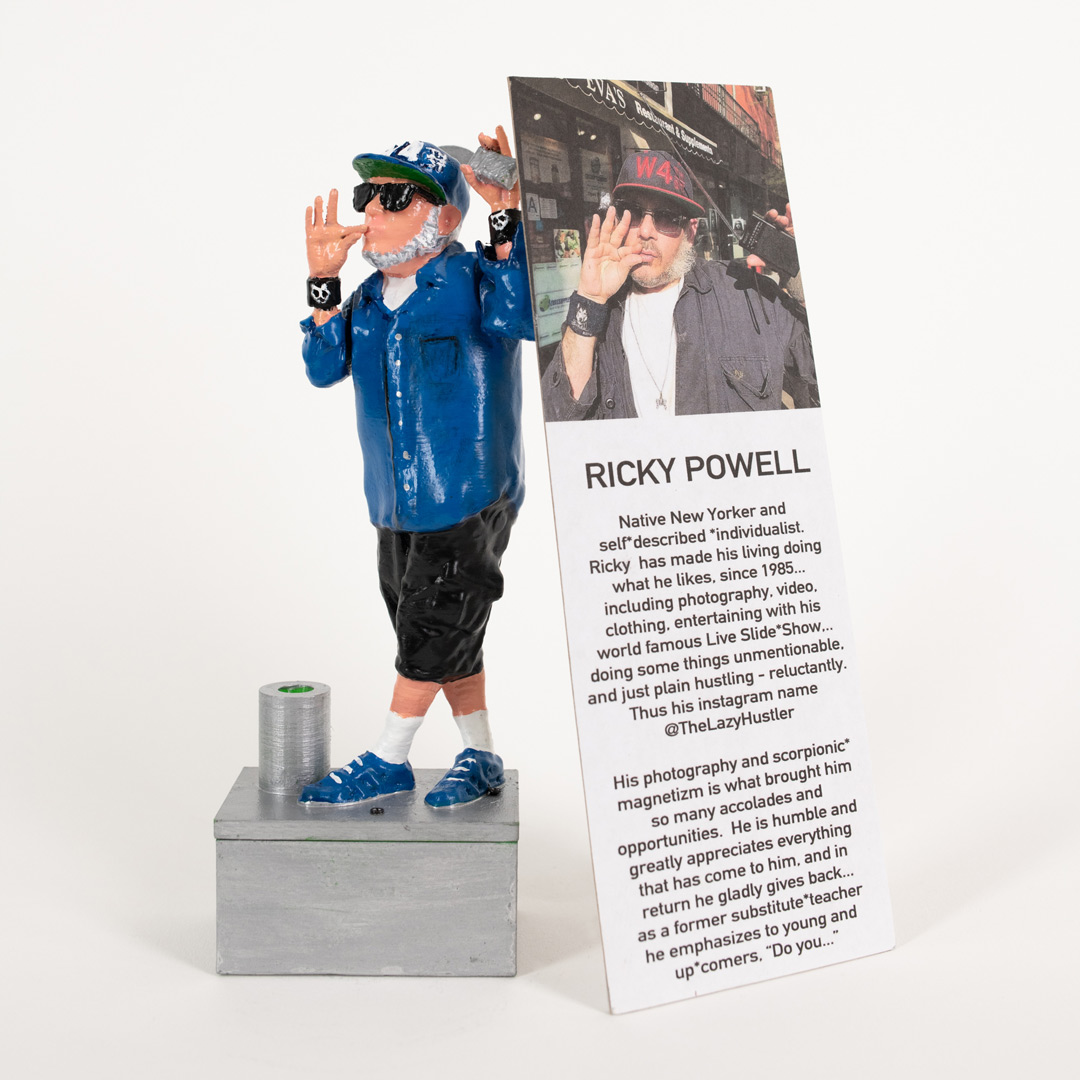 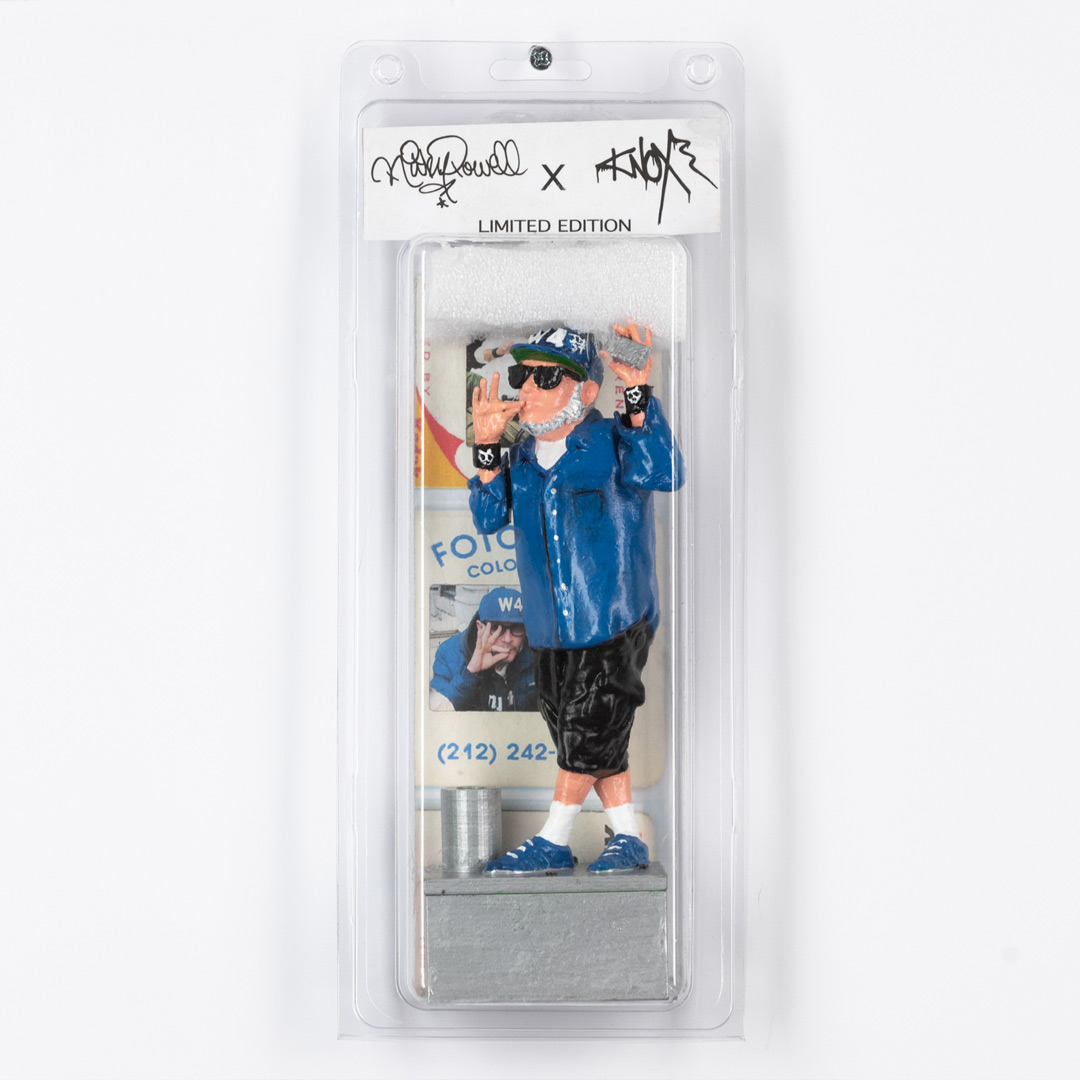 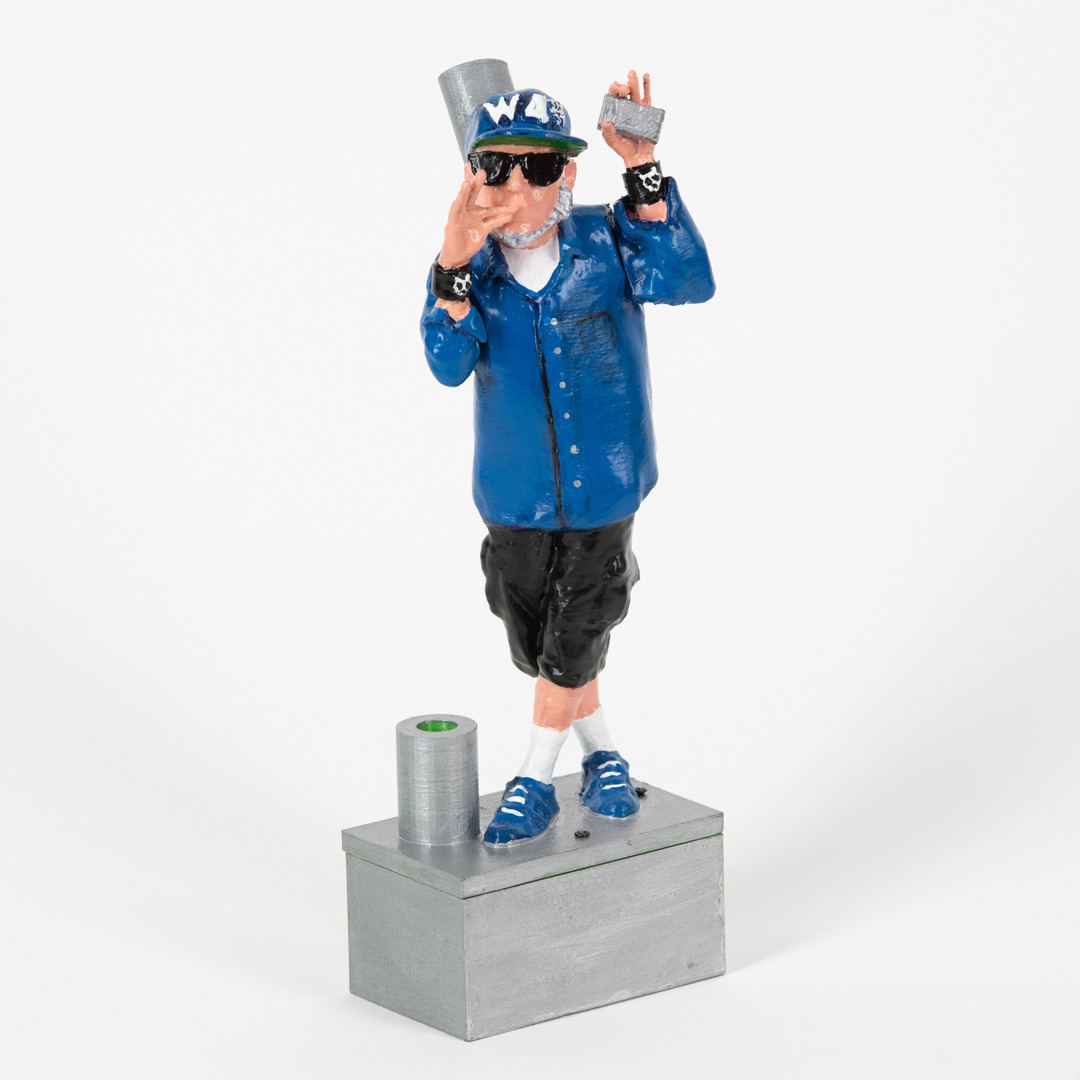 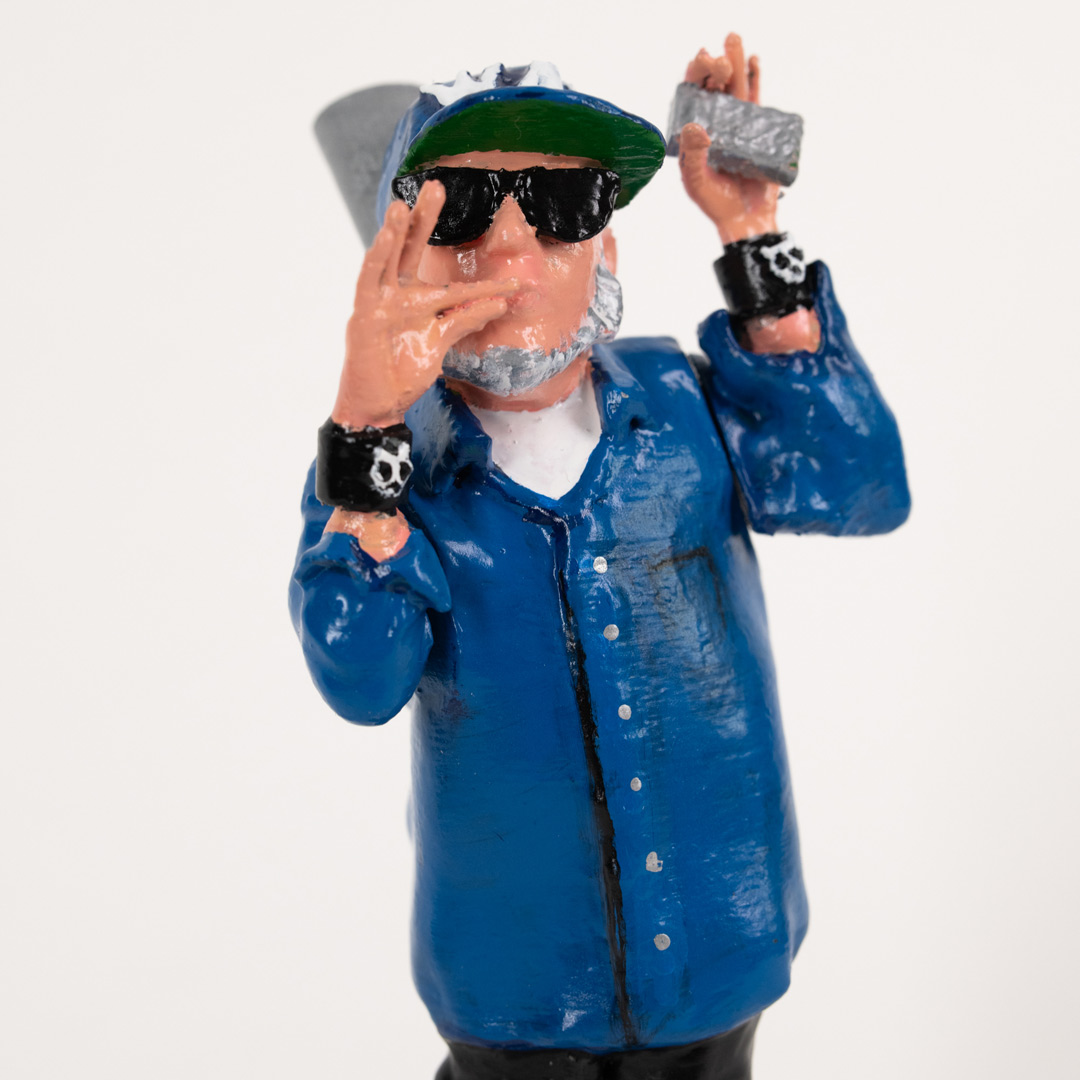 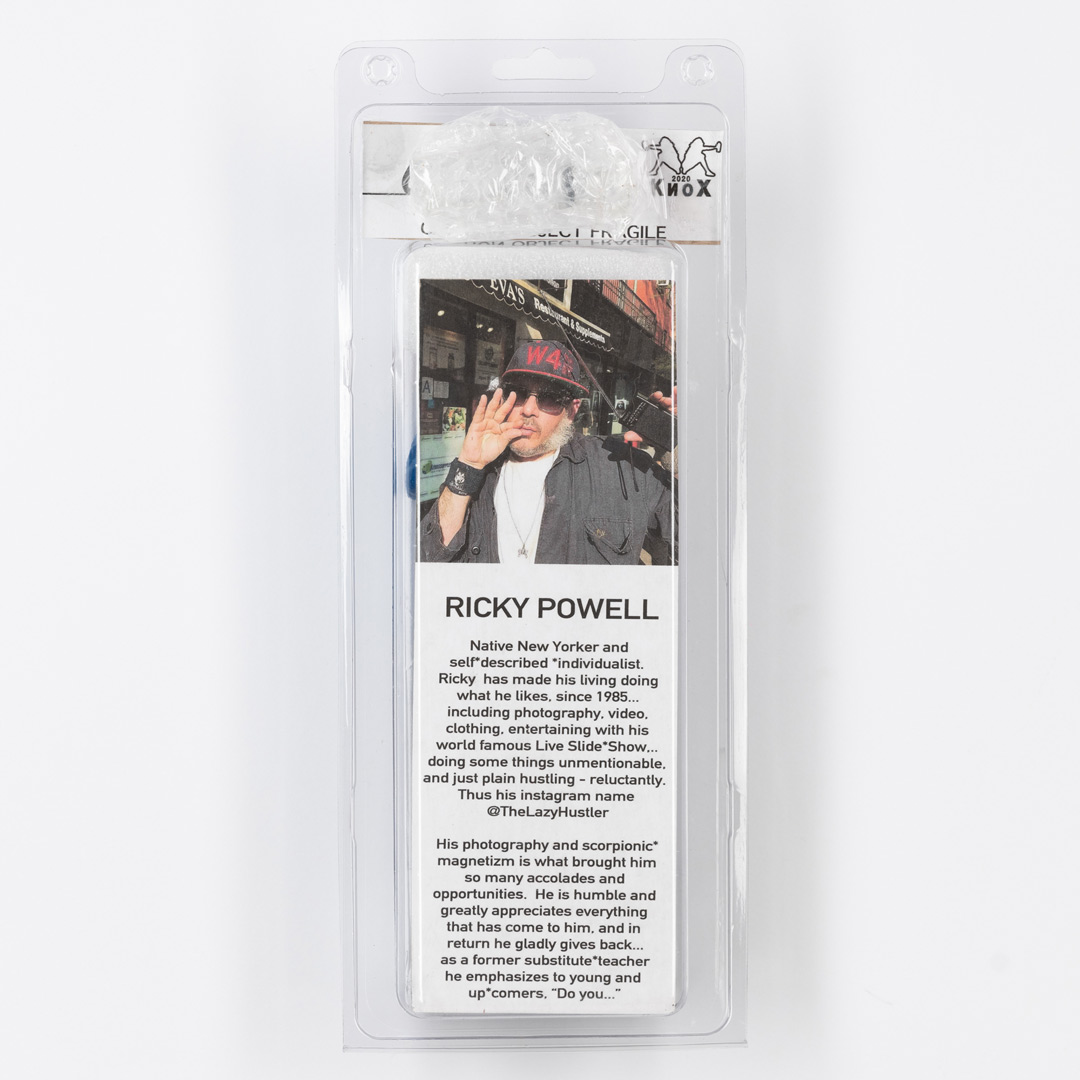 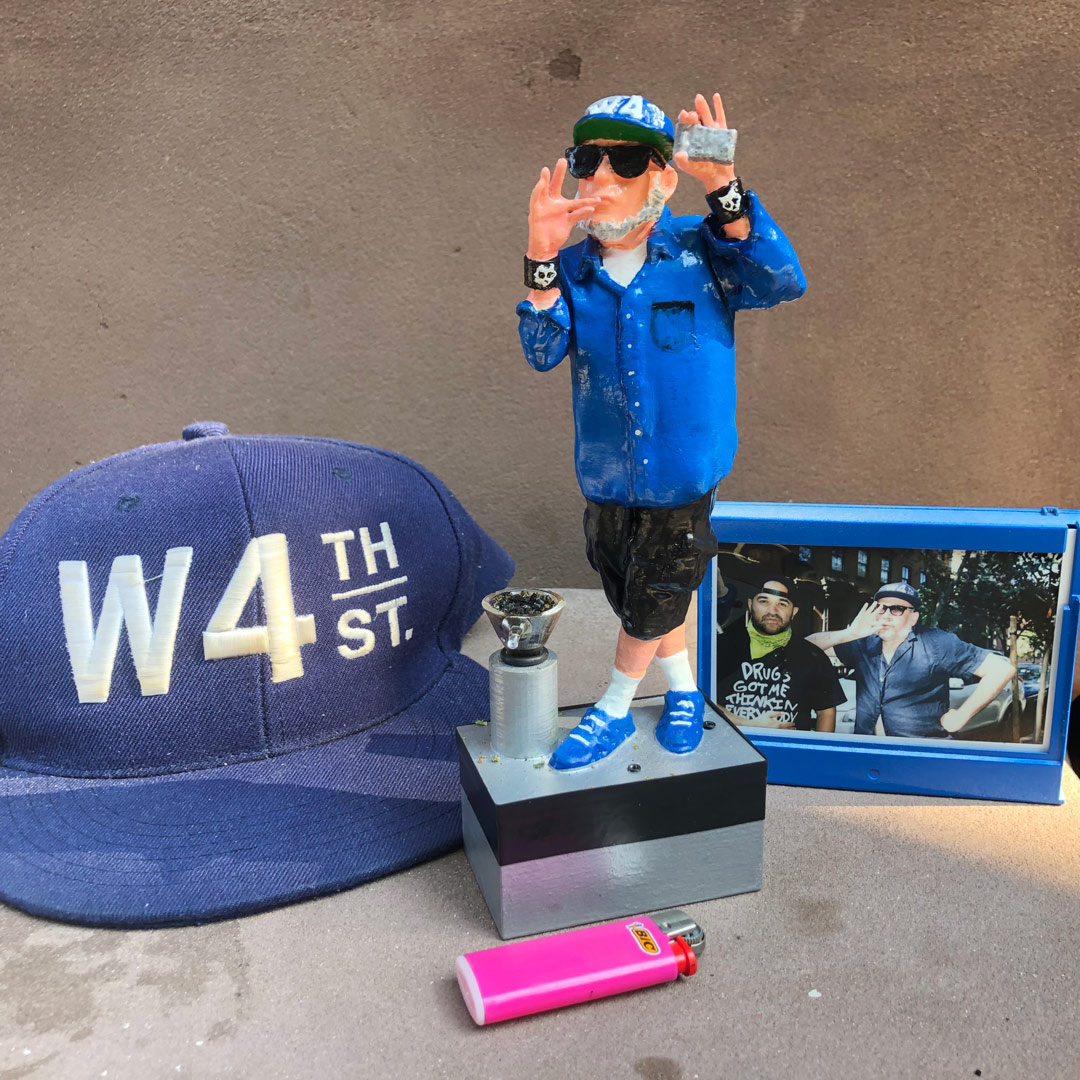 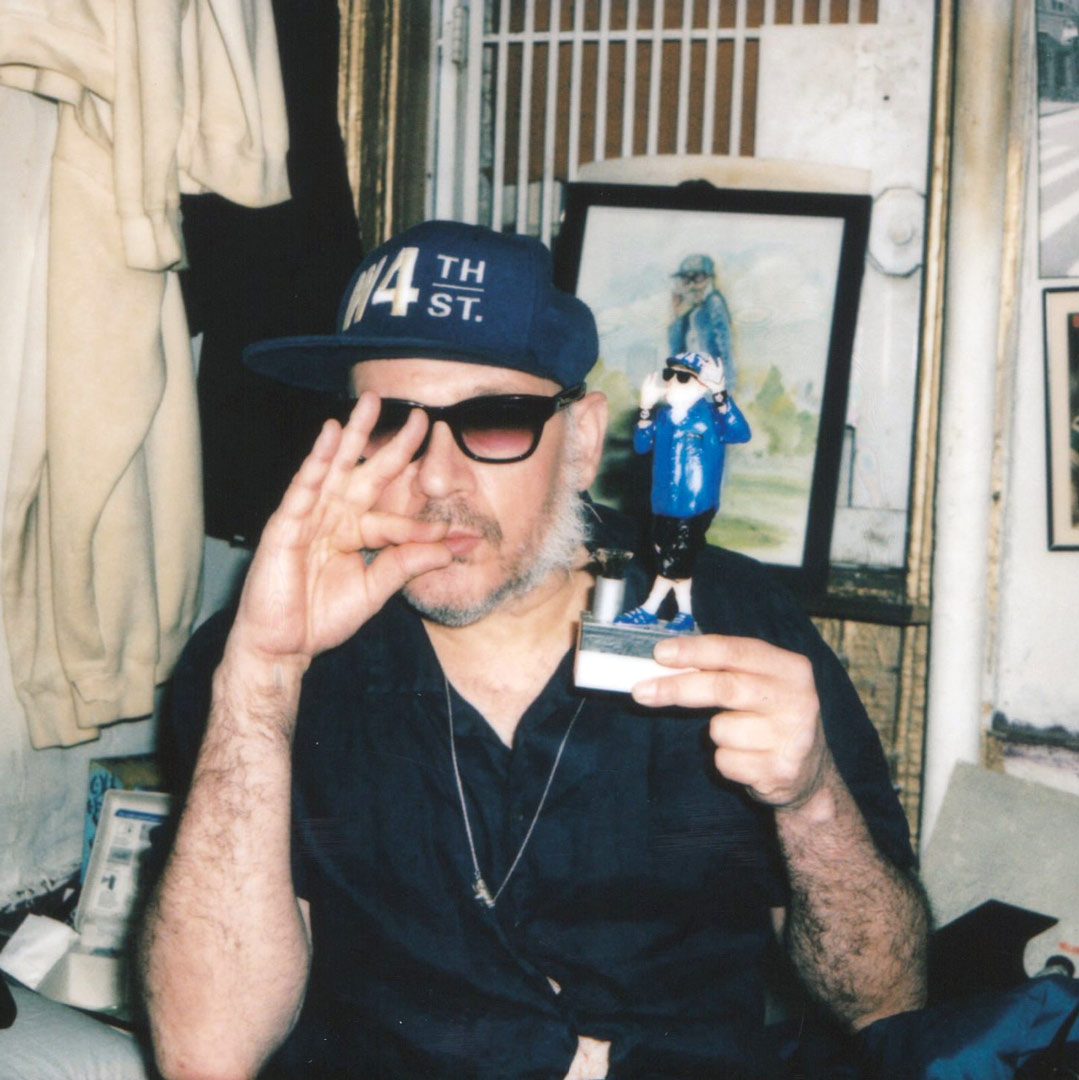 $250.00
1
+
1
ADD TO CART
ADD TO FAVORITES
To start your favorites list
you must be a member.
Already a member? Log In
SIGN UP
Edition Size 5018 Available
This RUN comes with a signed and numbered certificate from Ricky Powell and Knox Toys.
About this Art
The Lil' Ricky Bong was produced and manufactured by KNOX TOYS.  KNOX, filmmaker and artist, created multiple short films and feature length documentaries. He is perhaps best known for Day in the Lyfe, which captured street level graffiti across the United States in the late 00s.  Some of this documentary can be found in Banksy’s Exit Through the Gift Shop.

Over the past five years, KNOX moved into a new medium, 3d printed sculptures.  His recent series includes figures from Andrew Shirley’s Wastedland2.  “The process of creating 3d models from people, reminds me of old time photography like daguerreotypes because the subject is required to stay still for several minutes while I walk around and scan them.”

Originally, the plan was to create a toy sculpture of Ricky Powell, but when photos of the prototype were posted to Instagram, the legendary Fab Five Freddy threw out the idea of turning it into a bong.  We jumped on it and the result is this extremely limited edition fully smokeable piece of art.

All bongs are manufactured by KNOX and then hand painted by artist Natasha Quam at KNOX TOYS in Brooklyn.  Lil' Ricky stands 8.5" tall and comes in a wall mountable clamshell packaging with a limited edition cardboard insert celebrating the Lazy Hustler himself. 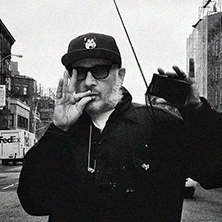 Ricky Powell
New York, New York
To follow Ricky Powell you must be a member.
Already a member? Log In
SIGN UP
FOLLOW
Born and raised in New York City, Ricky Powell is a legendary photographer who specializes in the environmental portrait. He graduated with an AA in Liberal Arts from LaGuardia Community College and a B.S. in Physical Education from Hunter College. Though Powell initially rose to fame because of his relationship with the Beastie Boys, he is well-known for his intimate photographs that have been featured in The New York Times, The New York Post, The Daily News, The Village Voice, TIME, Newsweek, VIBE, The Source, Rolling Stone, and more. 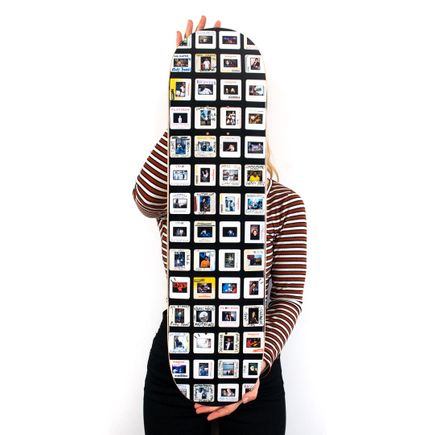 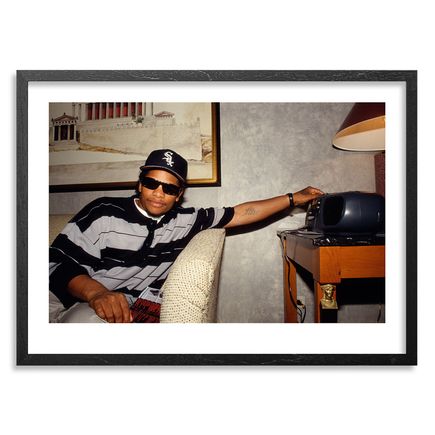 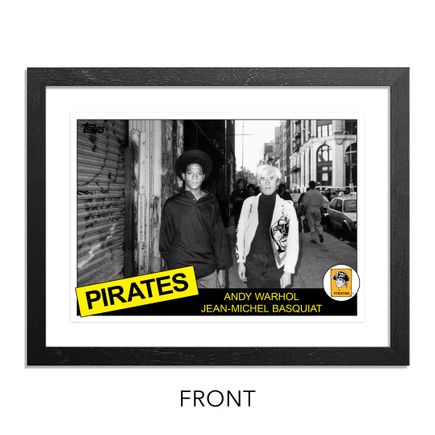 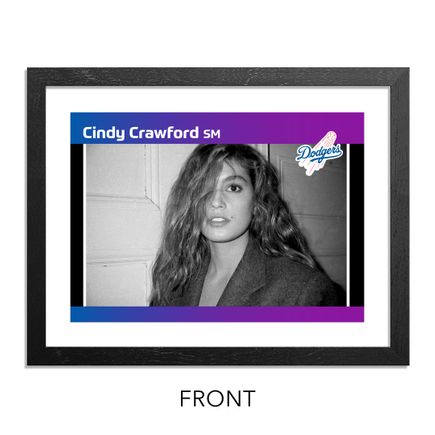 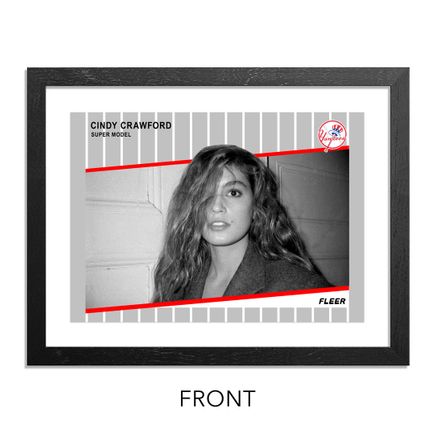 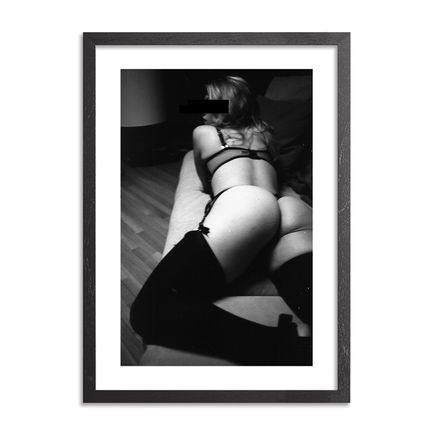