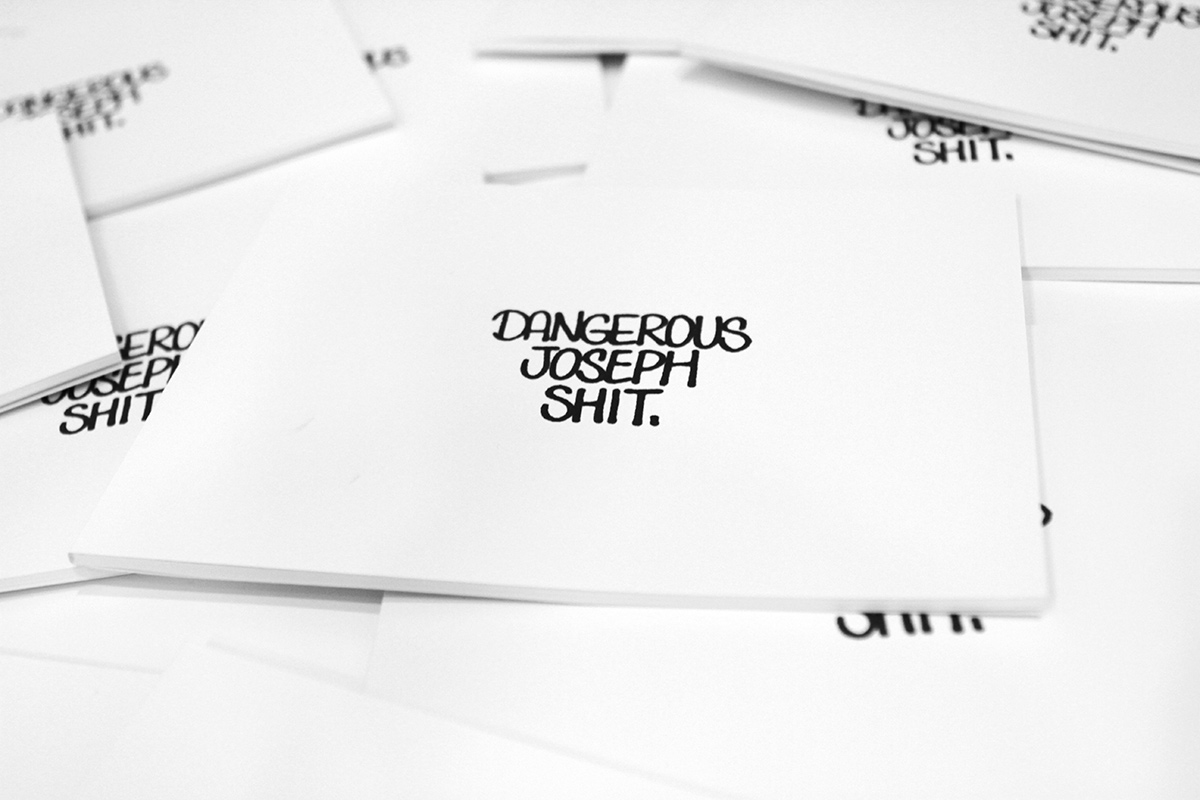 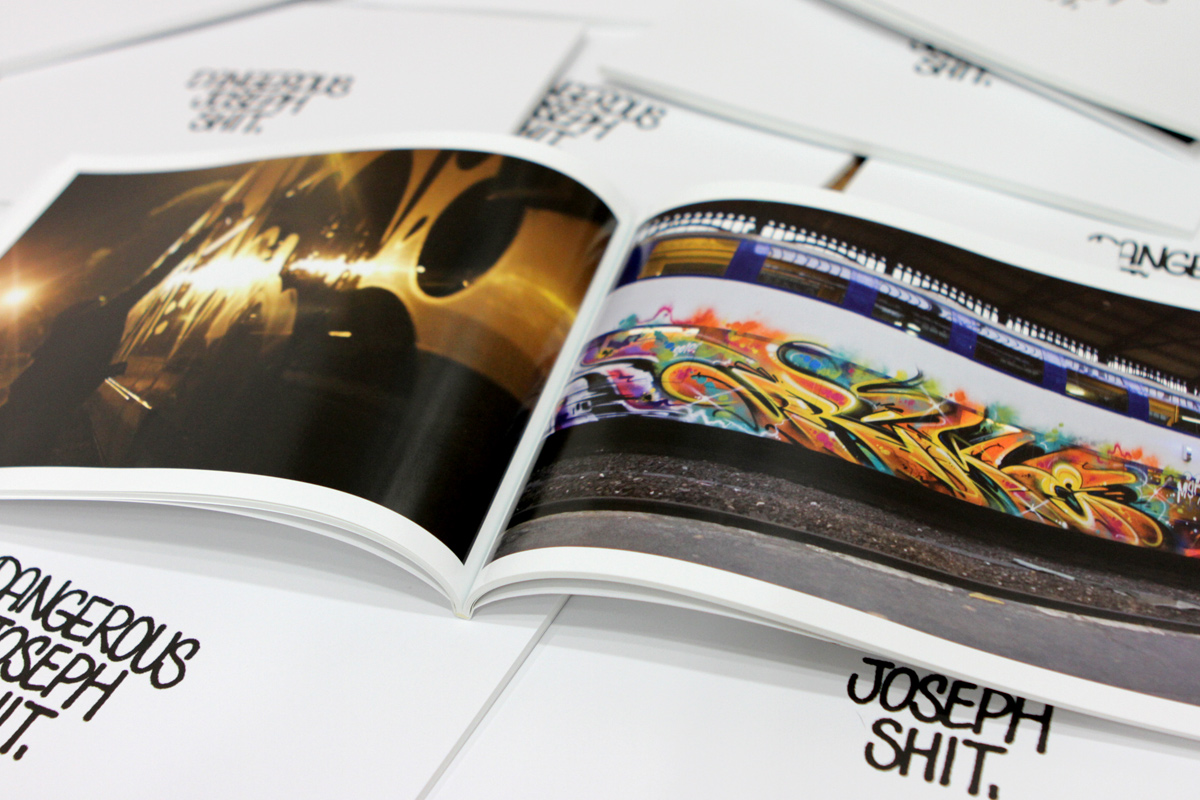 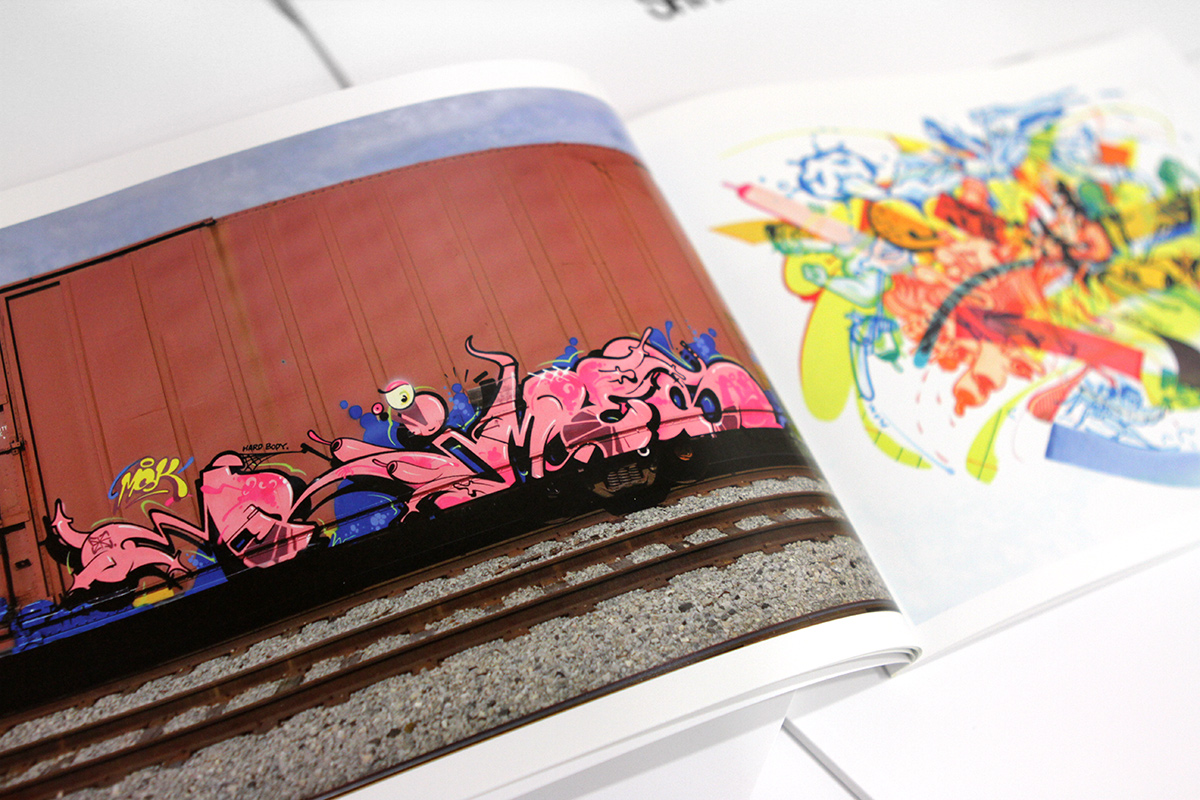 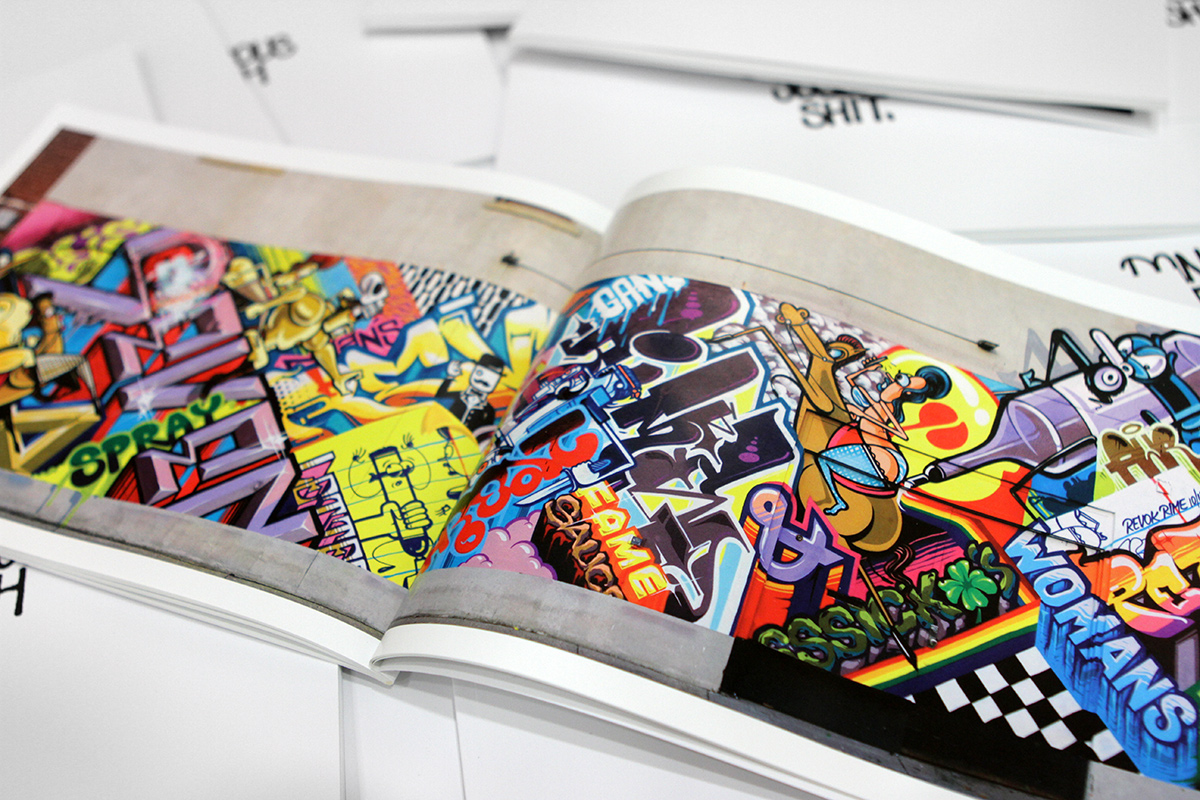 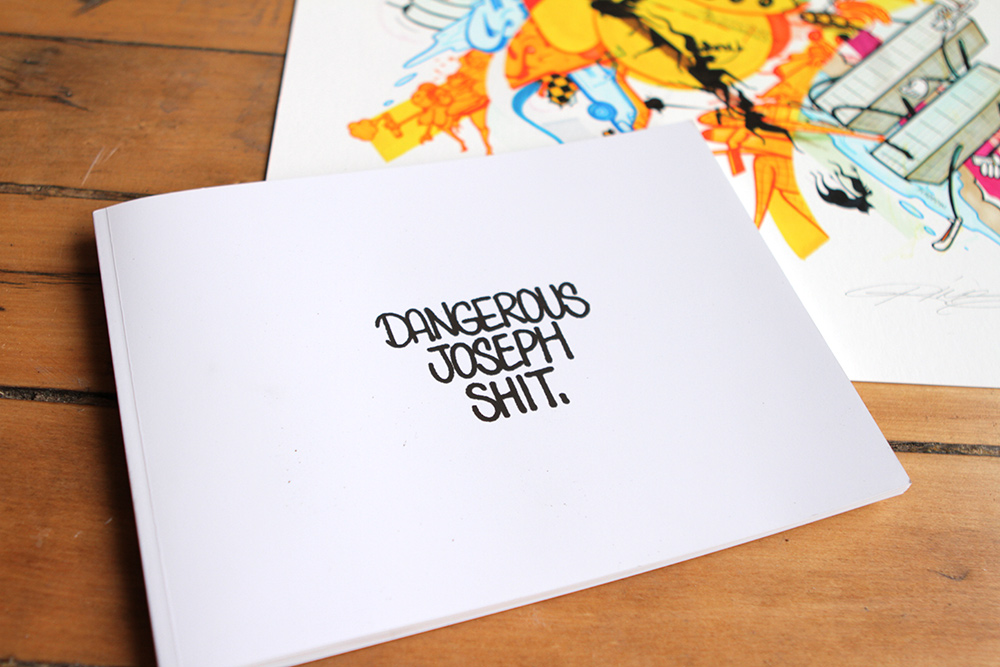 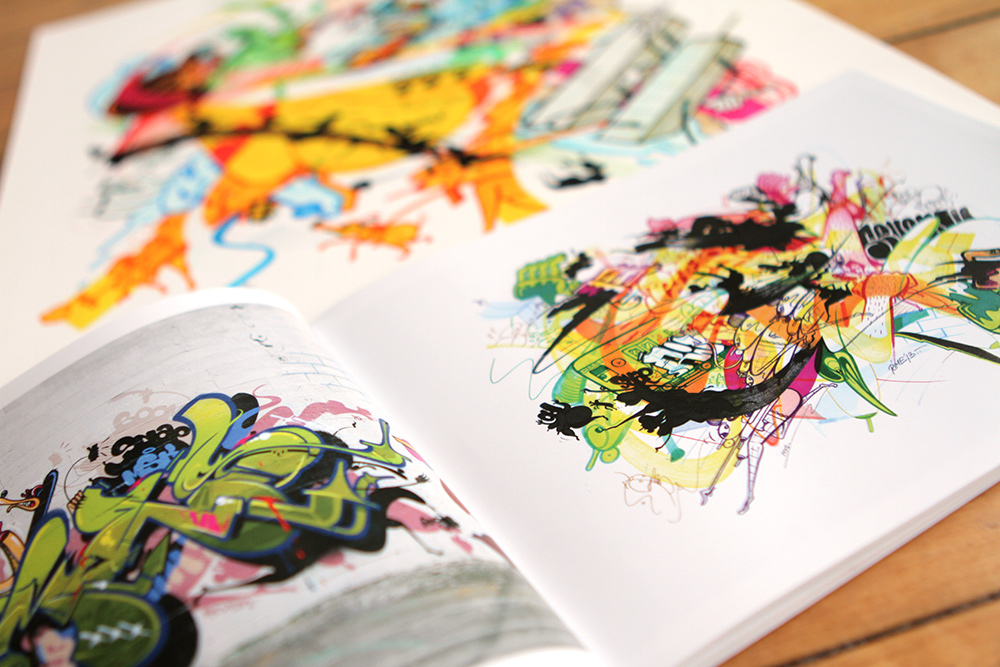 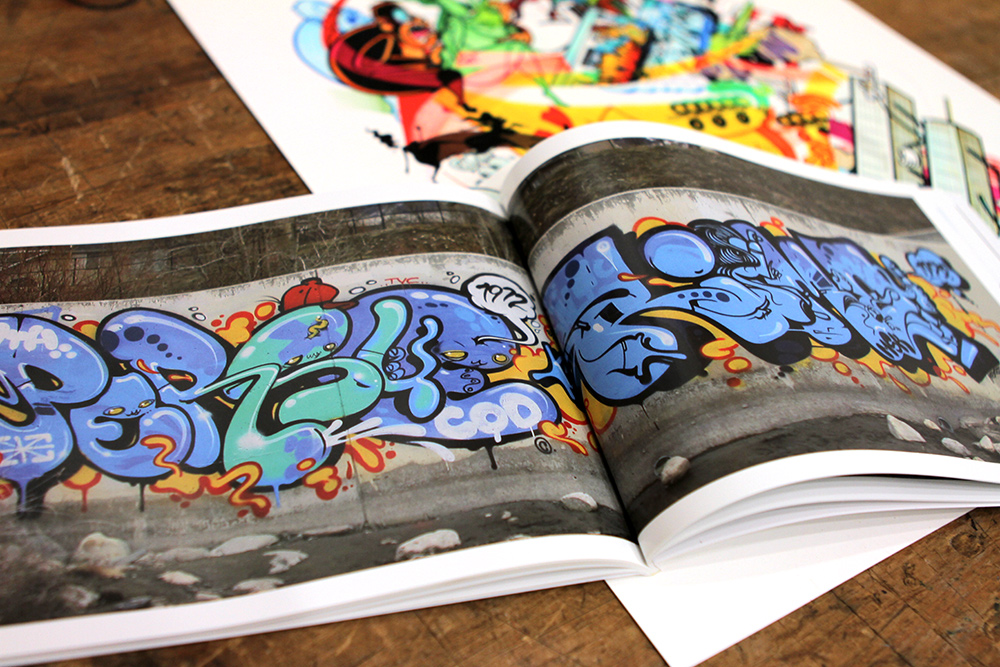 IN THIS COLLECTION
World Book Day - Featured 1xBooks
98 Artworks
About this Art
"My approach on paper is often similar to outdoor pieces: loose, aggressive, and executed with little planning in terms of the end result. I avoid using pencil and go into a white page with light but hold marker strokes or curves, progressively working darker as the piece takes shape. Every stroke is influenced by the tone and energy of the one before it. From an abstract composition as a starting point, I tend to go in with layers of repetitive figurative imagery that go with the flow that is already laid out on the page. The freestyled characters should seem in motion, up to shit in some sort of fashion, often side profile. Text helps to set the mood. I know the work is done with there is enough narrative to tell many layered intersecting stories." - Rime

Rime
New York
To follow Rime you must be a member.
Already a member? Log In
SIGN UP
FOLLOW
Born 1979 in Brooklyn, New York, Jersey Joe aka Rime spent his early years playing hide and seek with his brothers, getting in trouble, and learning about women from trash found Playboy magazines. The only artistic person in his family, Joe was influenced by the art from Garbage Pail Kid trading cards, Looney Tunes, and characters from the movie Who Framed Roger Rabbit? Baseball card collecting and bike rides up to the comic book store became a thing of the past once graffiti came into the picture. Joe began writing graffiti along his newspaper route in late 1991. Using the name "Rime", the initial interest soon lead to a full-on obsession that seemed full of possibilities.

After a few arrests as a juvenile in 1995, Rime ended up in New Jersey; a blank canvas filled with a labyrinth of virgin highway walls and trains. Thriving in his new state, Rime began to travel and paint other parts of the United States and Europe. Wanting more, Rime dropped out of college and moved to Los Angeles in 2005. With Los Angeles as his base, Rime continued to paint, exhibit, and teach graffiti to kids from inner city public schools. A habitual traveler, Joe has circled the globe several times over painting and exhibiting in dozens of cities. To Joe, not much is more satisfying than bumming it abroad with a wrinkly, stamp filled passport in your front pocket. Professional Joseph makes a living doing the same shit he does for pleasure. Staying active with work that is a true translation of his personality. Not really into dressed up formalities, Rime would say that you should already know or go figure it out for yourself. 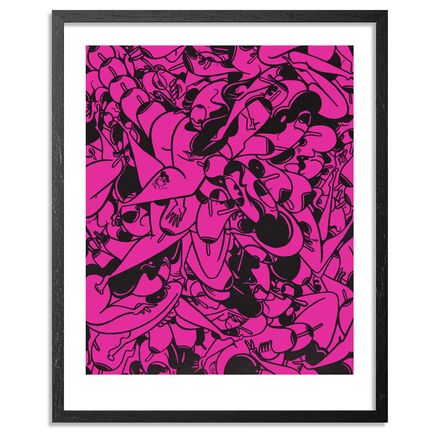 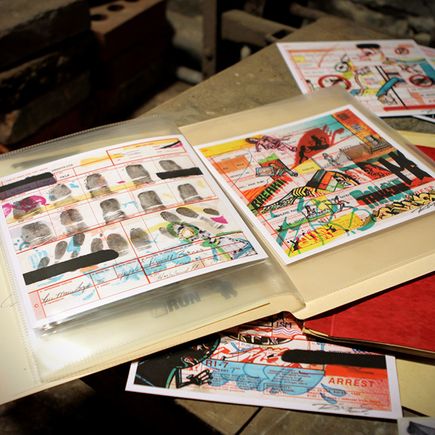 ARCHIVED ITEM
This product is archived in our warehouse. It is not currently on sale, but could come back at any time.
ORIGINAL ART
8 x 8 Inches
Marker, Pen & Gouache Original Art on Double Sided Found Arrest Sheet 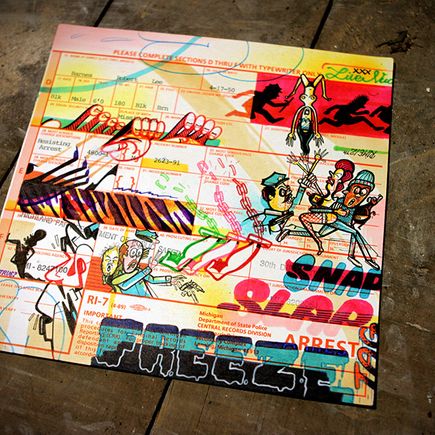 SOLD OUT ITEM
This product is sold out with very little chance of returning in an archive sale.
EDITION OF 50
13 x 16 Inches
2 Color Screen Print on 290gsm Coventry Rag Fine Art Paper

Rime
Word Down
SOLD OUT

SOLD OUT ITEM
This product is sold out with very little chance of returning in an archive sale.
EDITION OF 50
13 x 16 Inches
2 Color Screen Print on 290gsm Coventry Rag Fine Art Paper 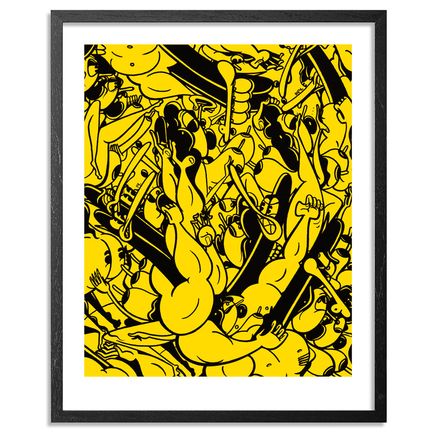 SOLD OUT ITEM
This product is sold out with very little chance of returning in an archive sale.
EDITION OF 10
(3) 13 x 16 Inches
2 Color Screen Prints on 290gsm Coventry Rag Fine Art Paper 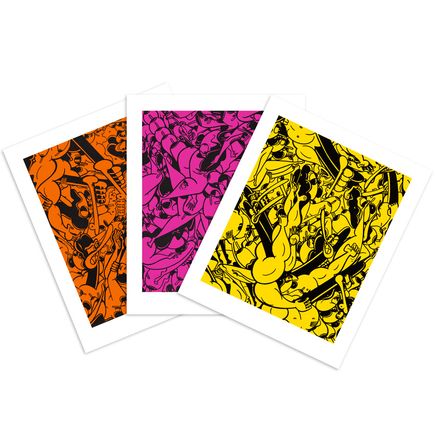 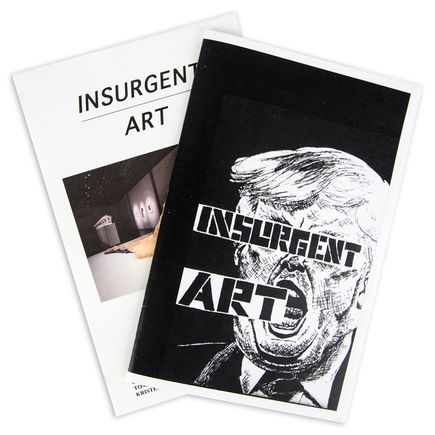