Black to The Future 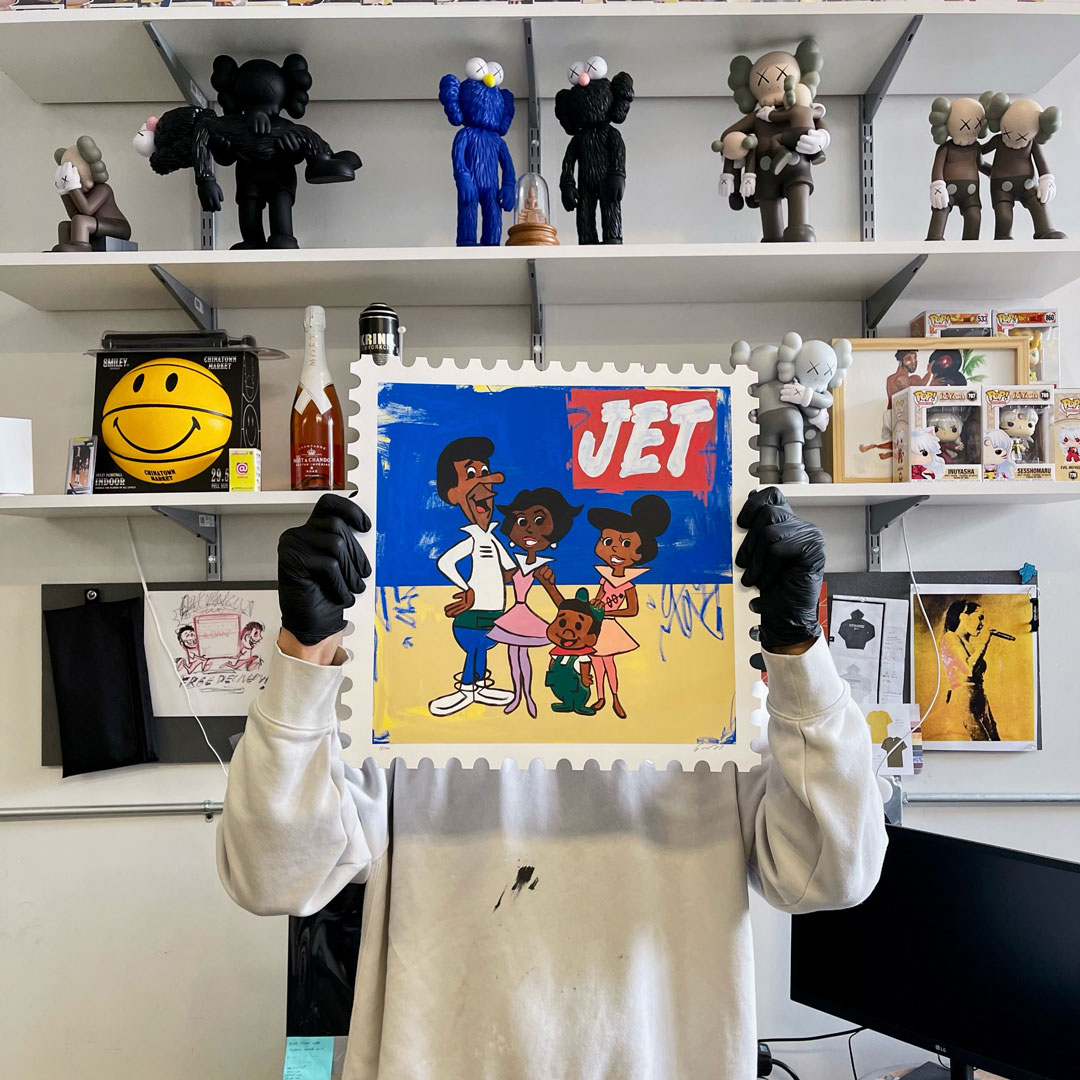 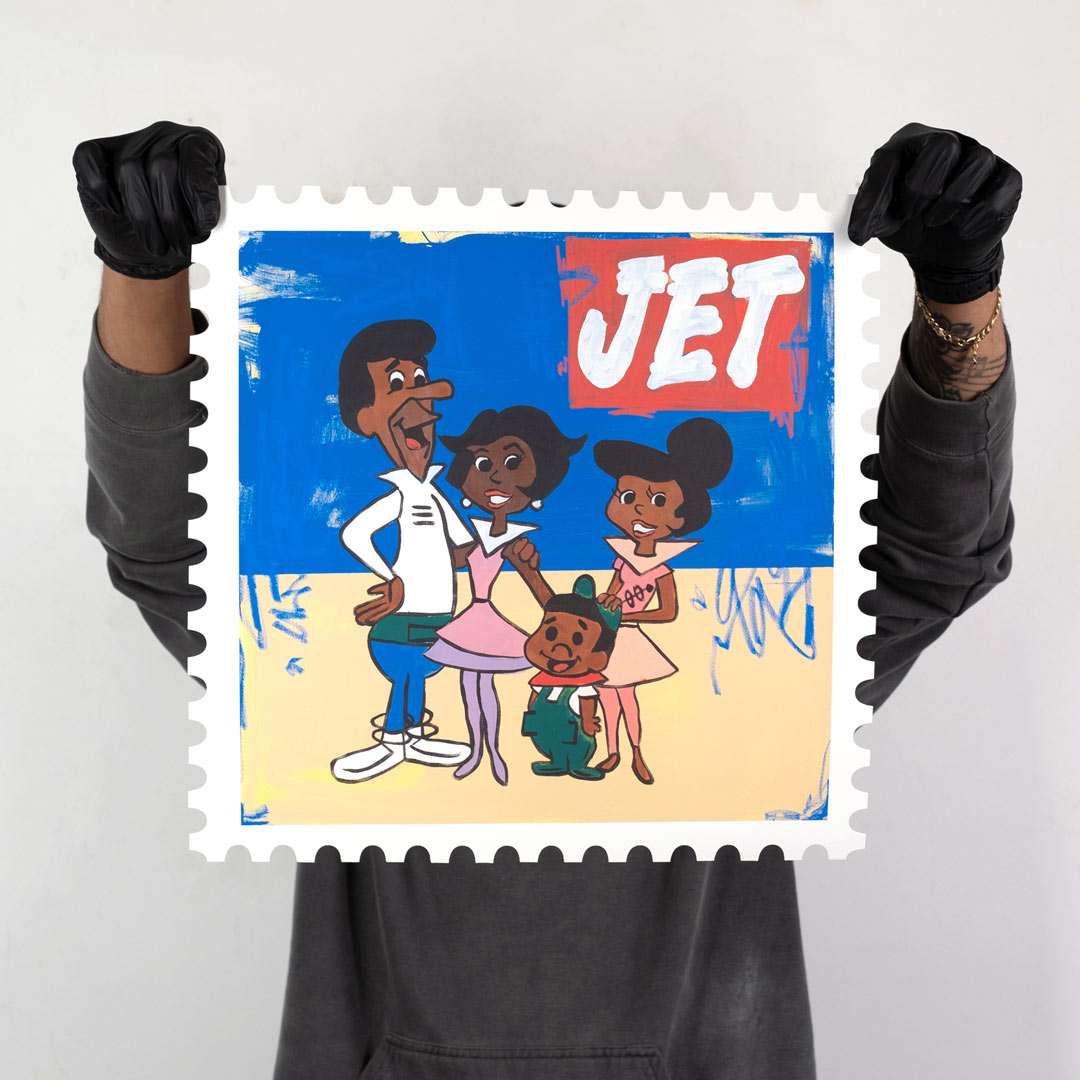 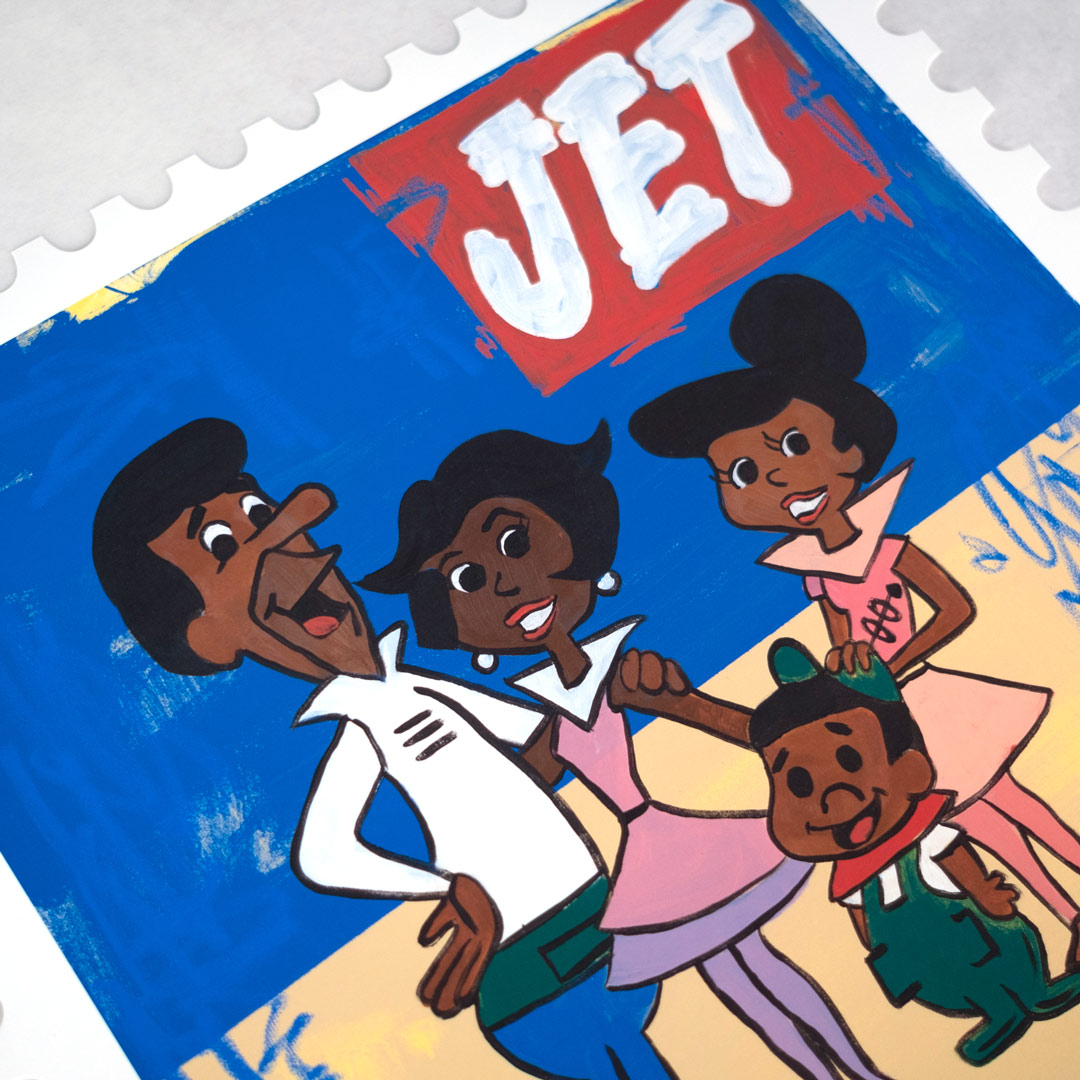 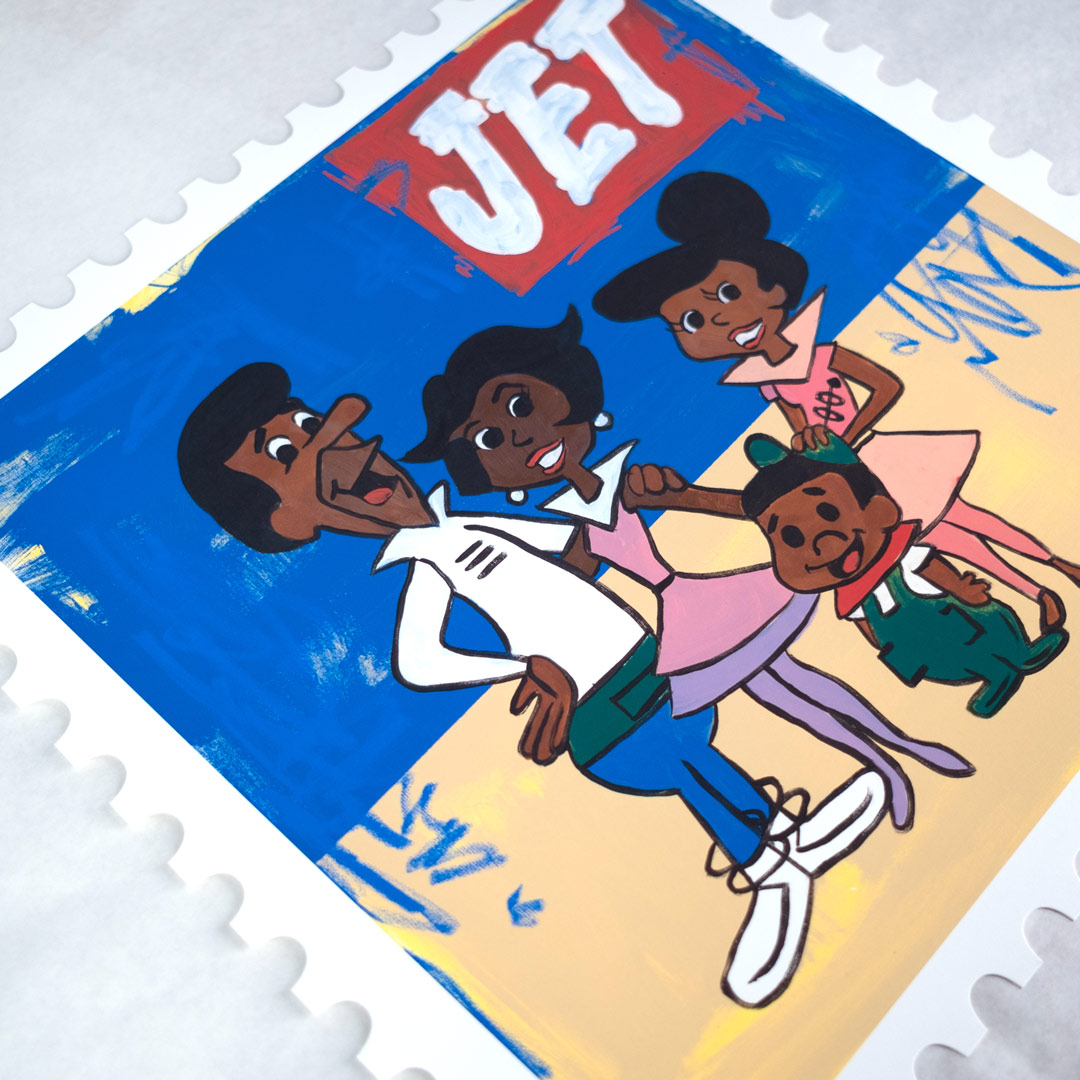 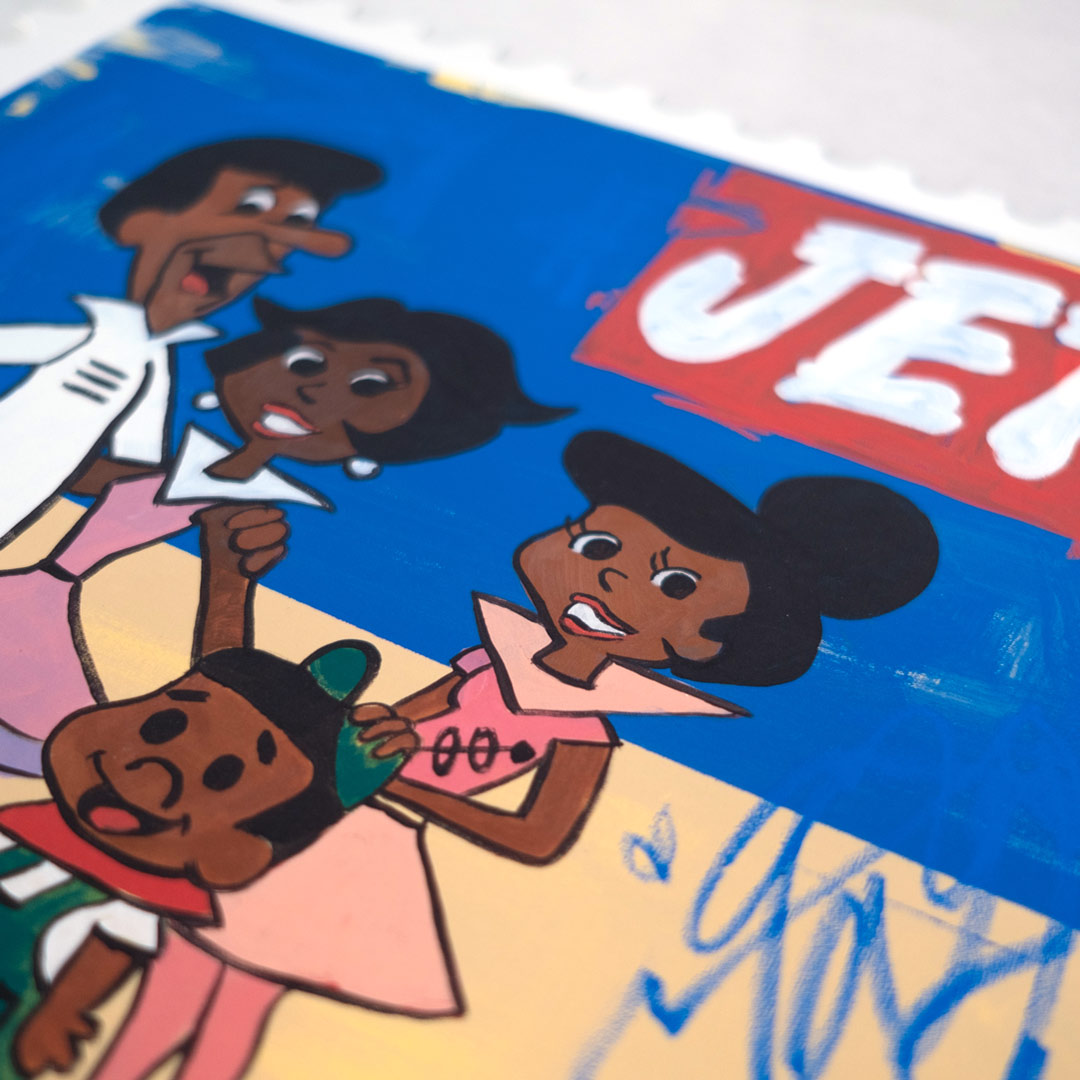 ABOUT THIS ART:
"As a kid, the barbershop my dad went to had a barber side and a salon side. The salon side had a nice couch and I enjoyed admiring the women talking, getting their hair done; anything to have a moment to admire a woman (a motherly figure). On the waiting table, I would try to flip through as many pages of JET magazines. They always had smiling and happy black family images. I wanted to reference that here; a black family on the cover of JET magazine (the Jetsons), it just made sense." –Robert B. Moore
MORE
ABOUT b. Robert Moore:
Robert Moore (b.1983-) Des Moines, Iowa | Lakewood, California. Robert, a multidisciplinary contemporary artist started painting to counter drug addiction and alcoholism among mental and emotional health outlets. To Robert, he is constantly in pursuit of happiness, which in his current state is defined by fulfillment + purpose. He finds purpose in connecting narrative and opening doors for connection, relation, healing, discussion. From up-cycled sculpture to abstract portrait and urban neo-expressionism, Robert has defined his genre or style as "narrative". He is purposeful with every word, brushstroke and connection to the work with contention if intentionally or accidental occurrences influenced the work. Like many human and human experiences, the exterior never truly tells how the person was composed within the interior or influences/experiences that impacted them and so human nature typically has a subjective stance. Robert attempts to strip away those subjective "soft" assumptions of narrative instead calling it out directly. That is the goal in his work, to conflict and provoke thought of narrative of African and African American diaspora as well as social and civil experiences of underrepresented people + narrative.

"As a recovering alcoholic and addict, art is my therapy and I find fulfillment in producing the work as a healthy alternative to addiction and mental health disorders (a/k/a super powers). As long as I am representing the underrepresented narrative and narrative that exposes the most vulnerable forms of authenticity and growth, then I find this as a form of currency to me". Blessings & Good Vibes - b.Robert Moore

Roberts work can be found internationally from green collections to established recognized private collections. Robert continues to develop the mastery of his craft without restriction of rules or style, or brand. He is constantly evolving, Roberts work can be found in public and private installations internationally.
MORE
MORE FROM b. Robert Moore
$175
Run of 75
Favorite 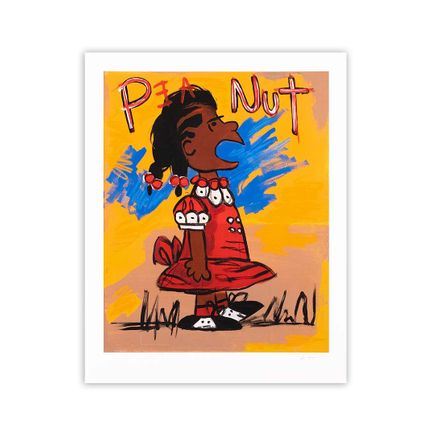 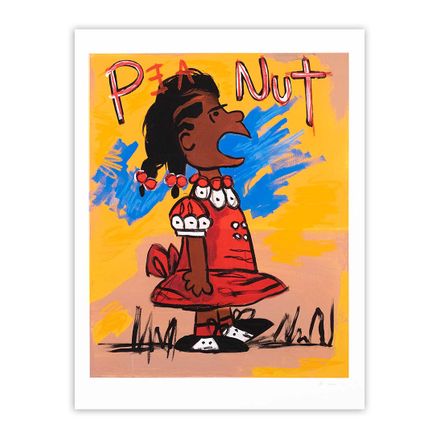 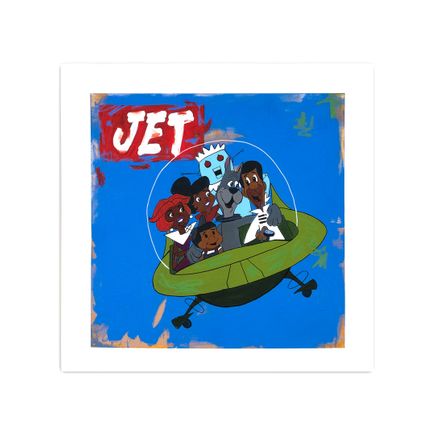 b. Robert Moore
Jetsettin
SOLD OUT
Run of 40
Favorite b. Robert Moore
Self Love - Standard Edition
SOLD OUT
Run of 20
Favorite 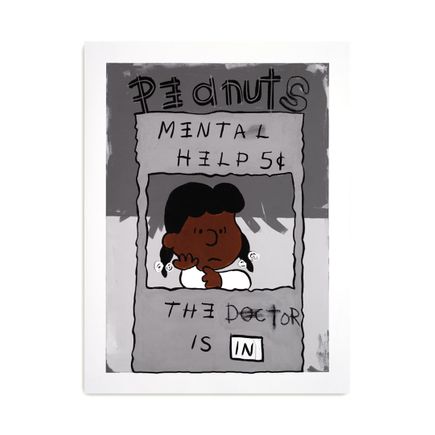 b. Robert Moore
Self Love - Life Can Be Gray Edition
SOLD OUT
Run of 10
Favorite