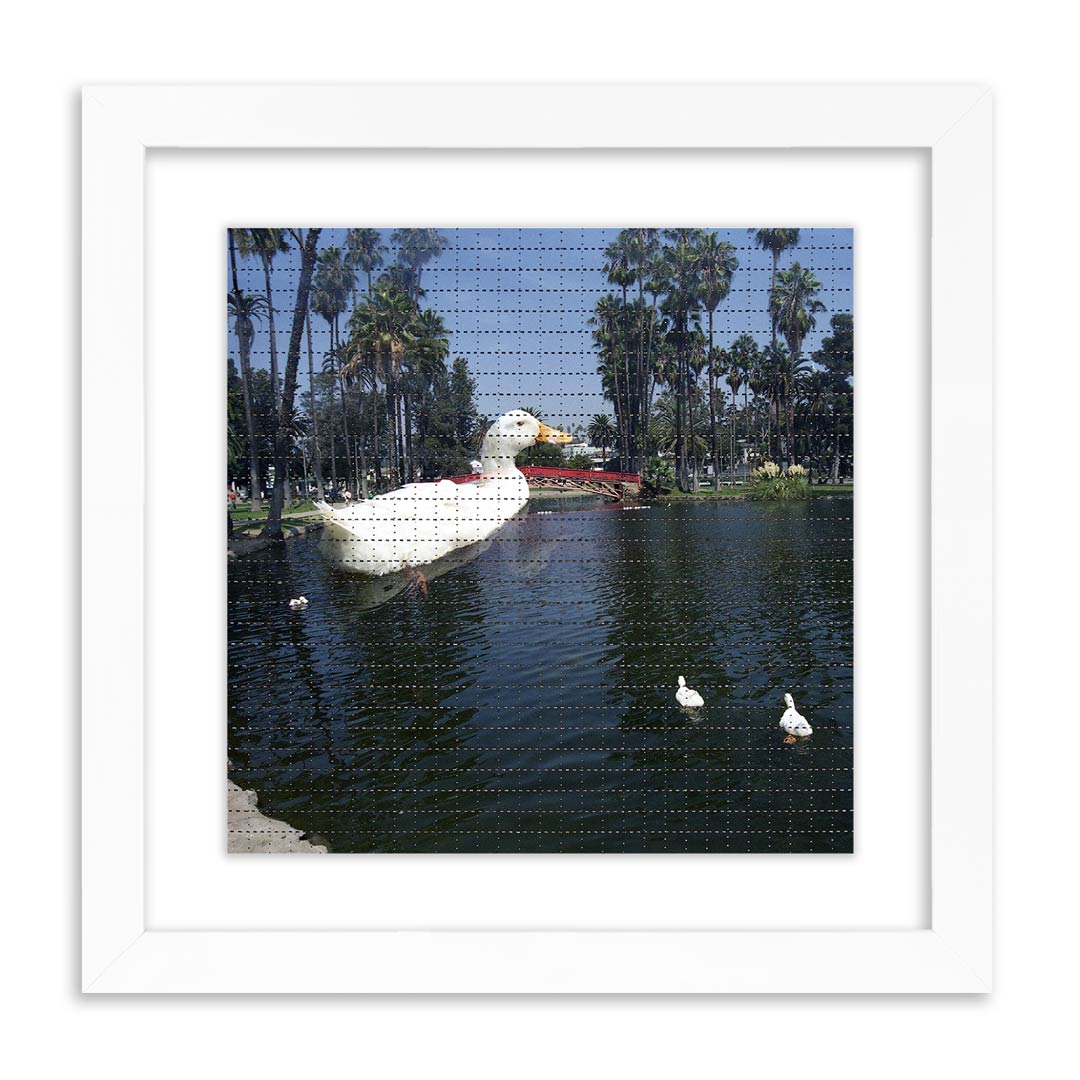 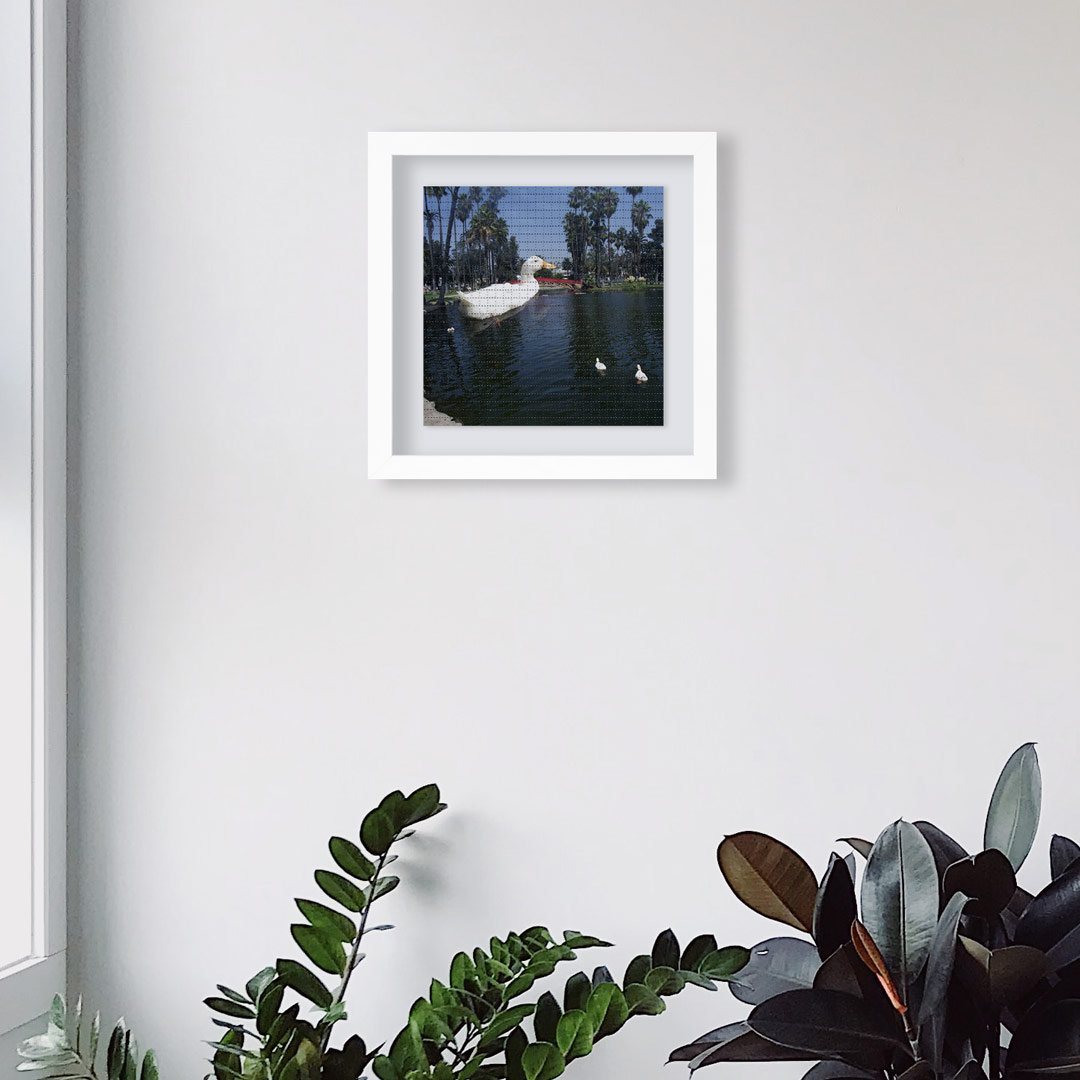 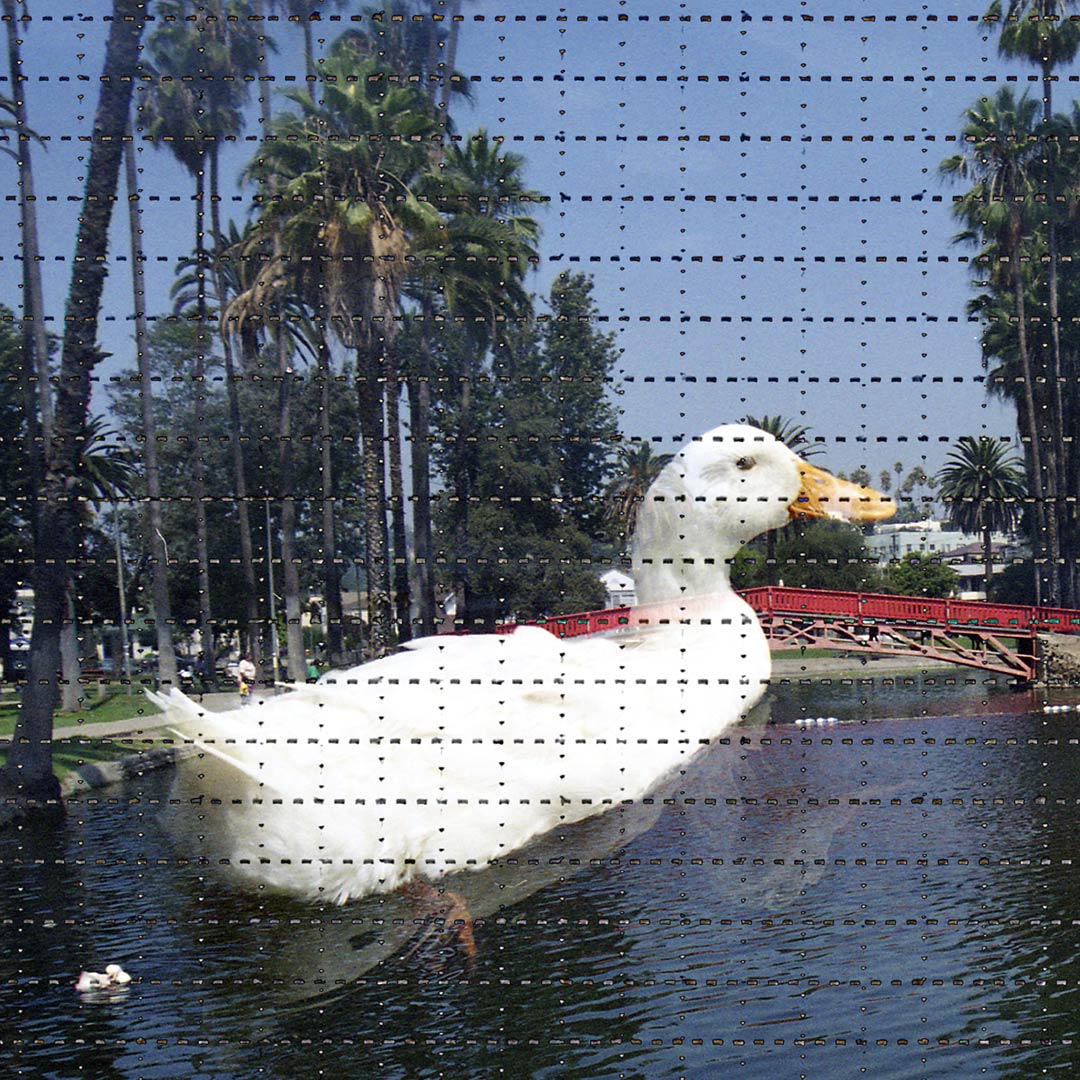 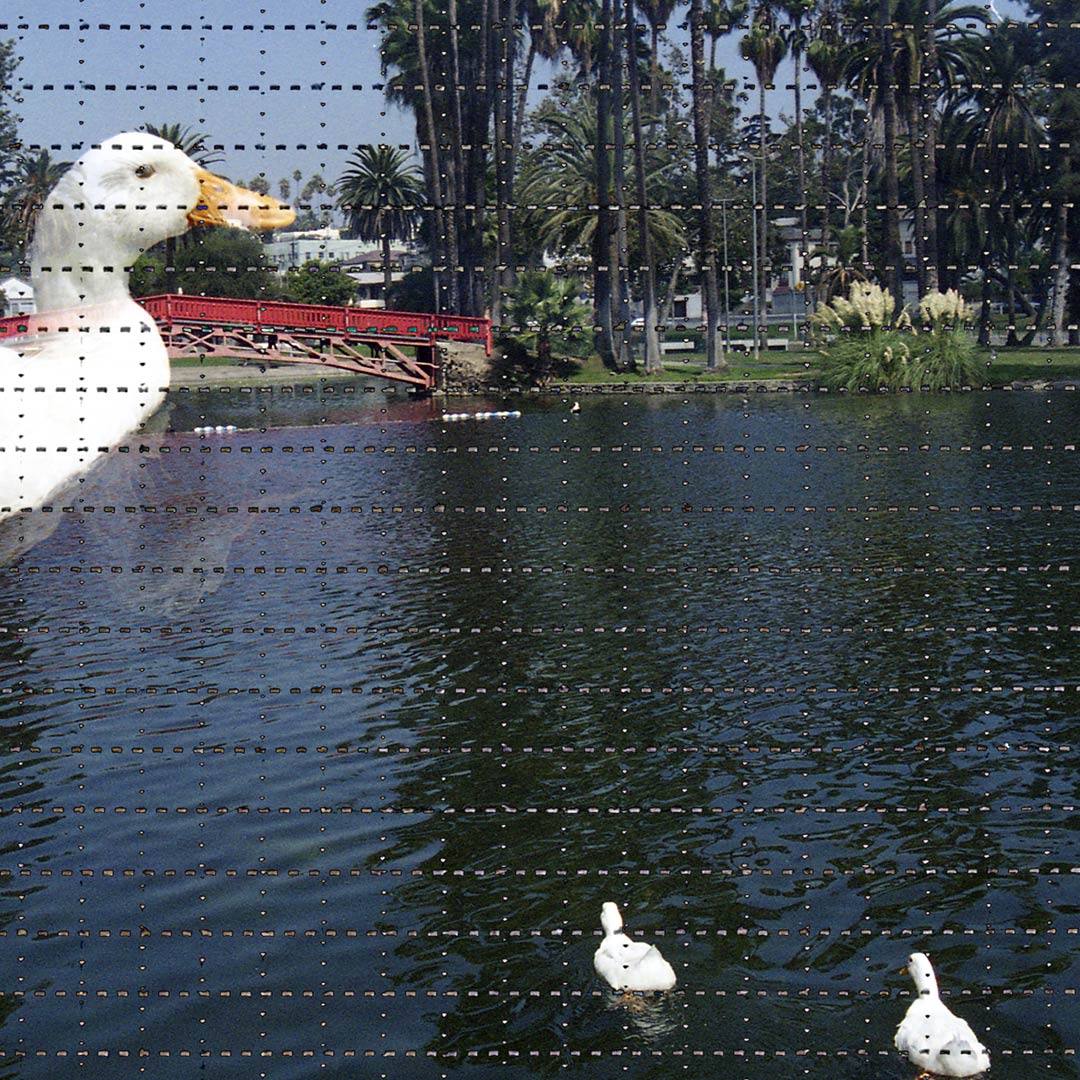 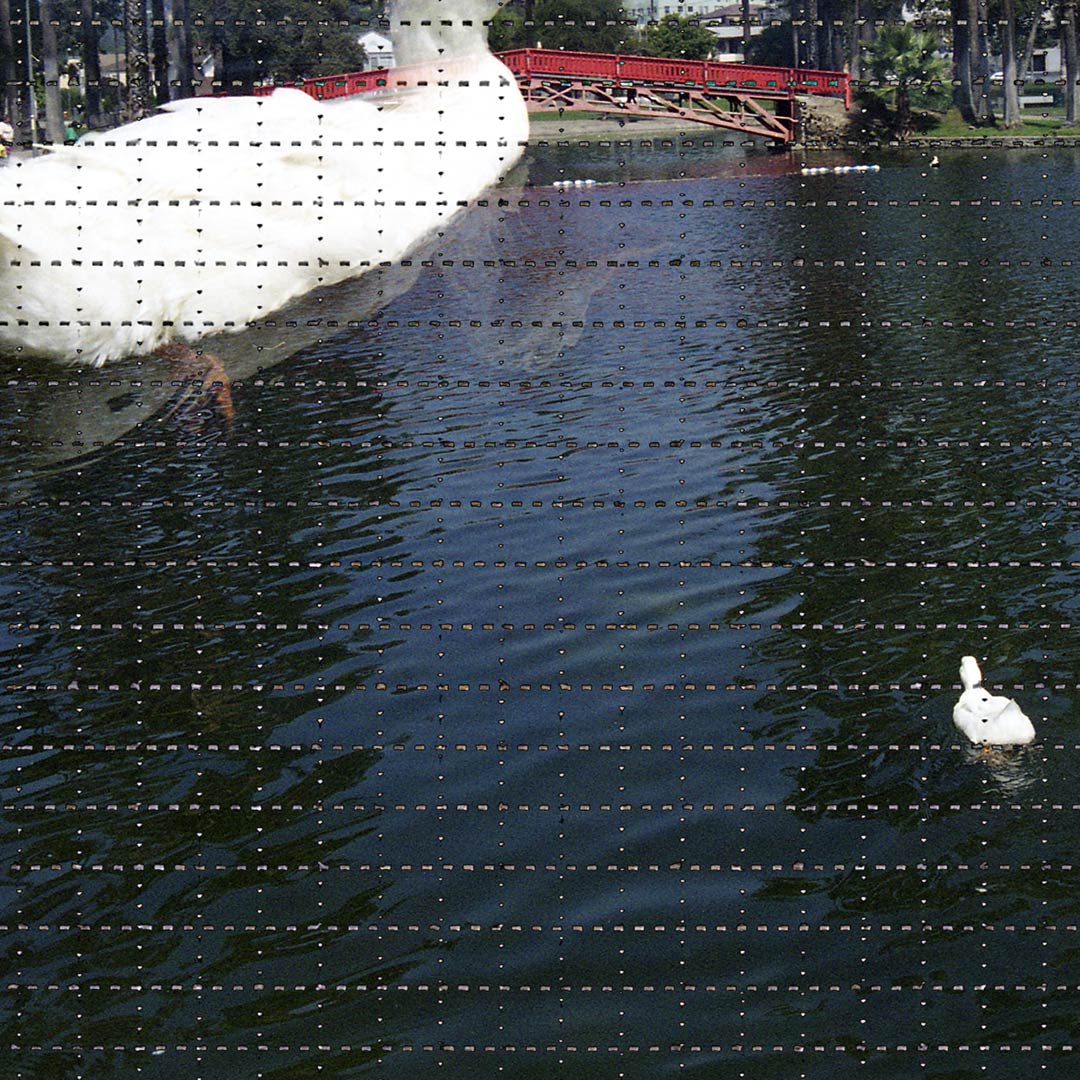 ABOUT THIS ART:
"This photo was taken was September 6th, 2001 in Echo Park Lake. You always want to start with the darker image. The slide for the film exposes from darker to lighter, so the more darkness that you have in the first image, the more the second image will be able to bleed through. So I shot a picture of the mother duck with her two little ducklings in a dark portion of the water in Echo Park Lake and then I superimposed it over the little bridge in the lake, trying to give an idea that the duck was about to attack the bridge.

Both photos were shot one immediately after the other. You have to keep that first image in the camera and find something to overlay on it. In those days it was very different from doing it digitally. This was in the old days with film, where you just had to remember where the different elements of the picture were and hope that you line things up properly on the second image so you could still see the first. I was trying to achieve an acidic/psychedelic effect in the photographs to mimic what I was seeing in my psychedelic acid hallucinations." - Roger Steffens
MORE
ABOUT Roger Steffens / The Family Acid:
The Family Acid is Roger, Mary, Kate, and Devon Steffens. They are based in Los Angeles. 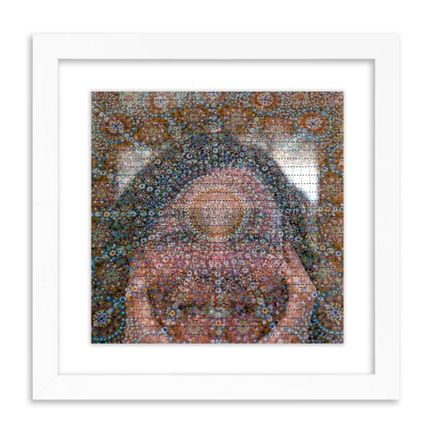 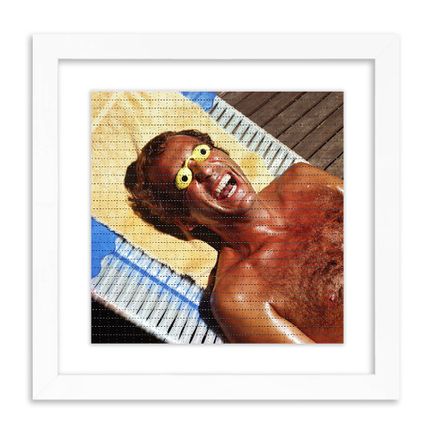 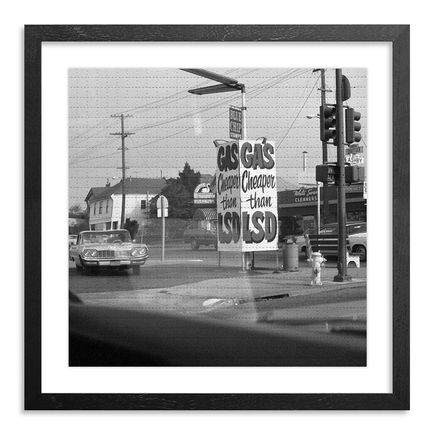