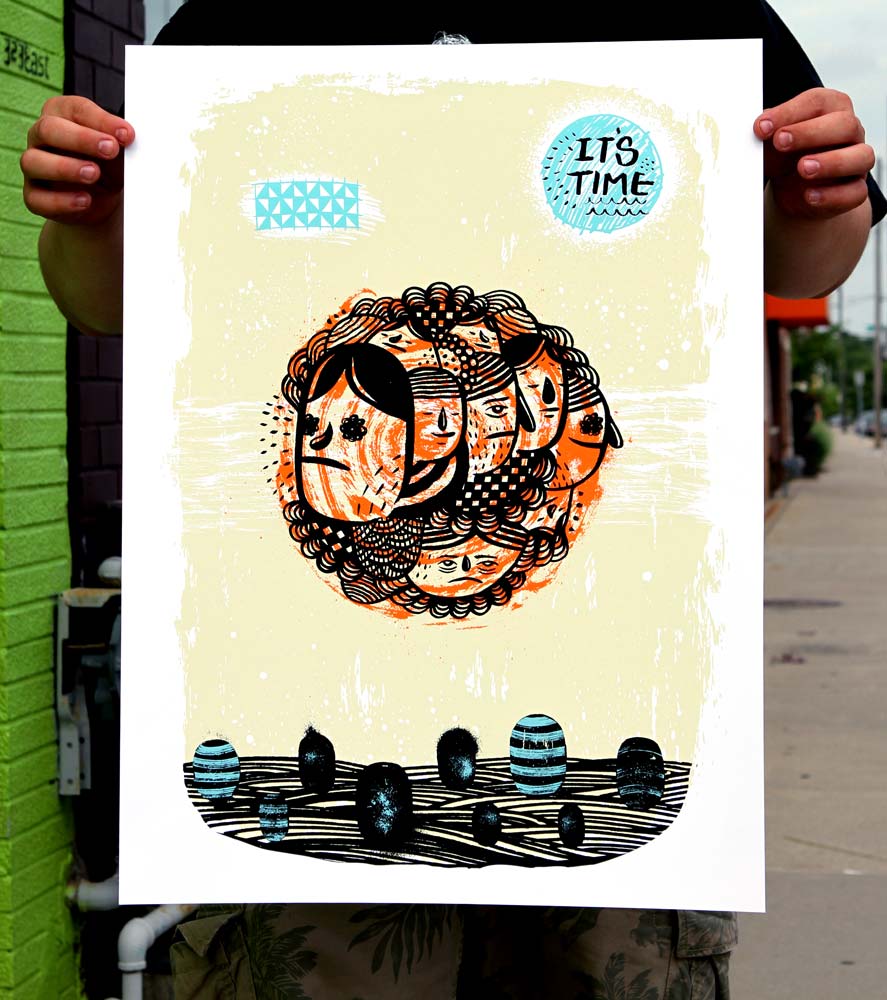 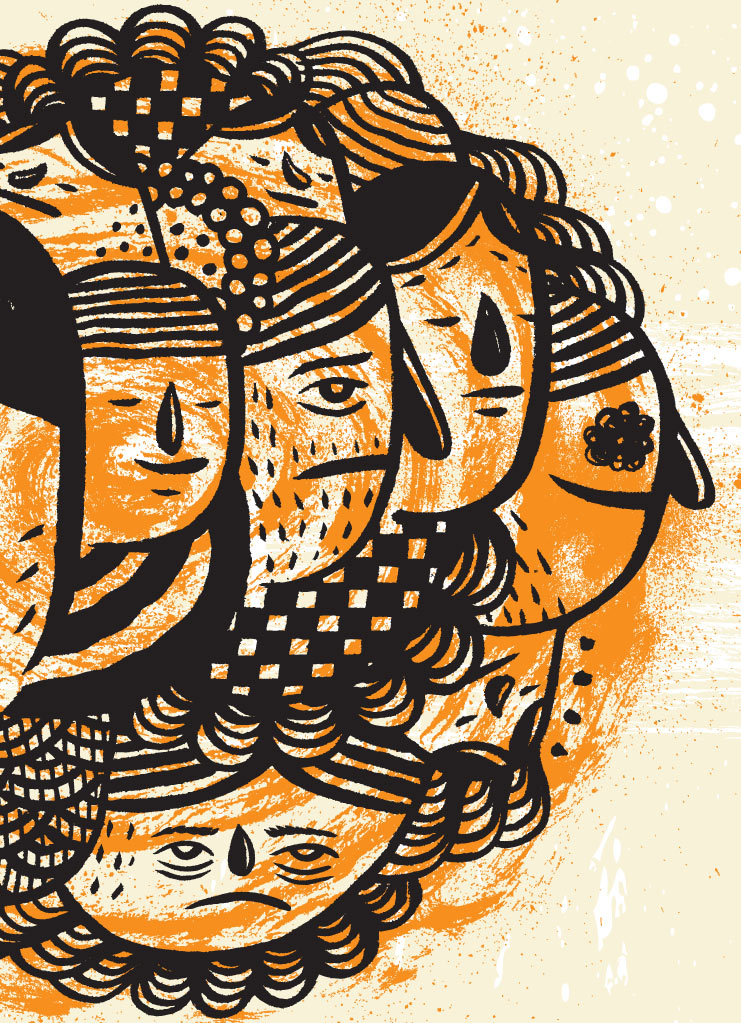 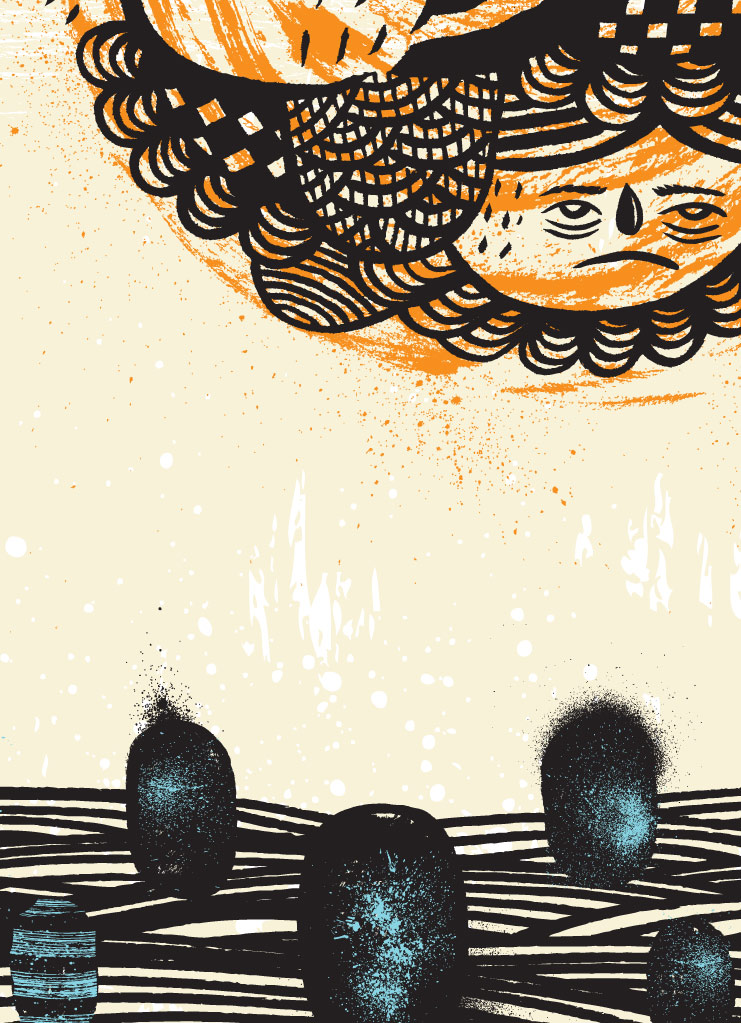 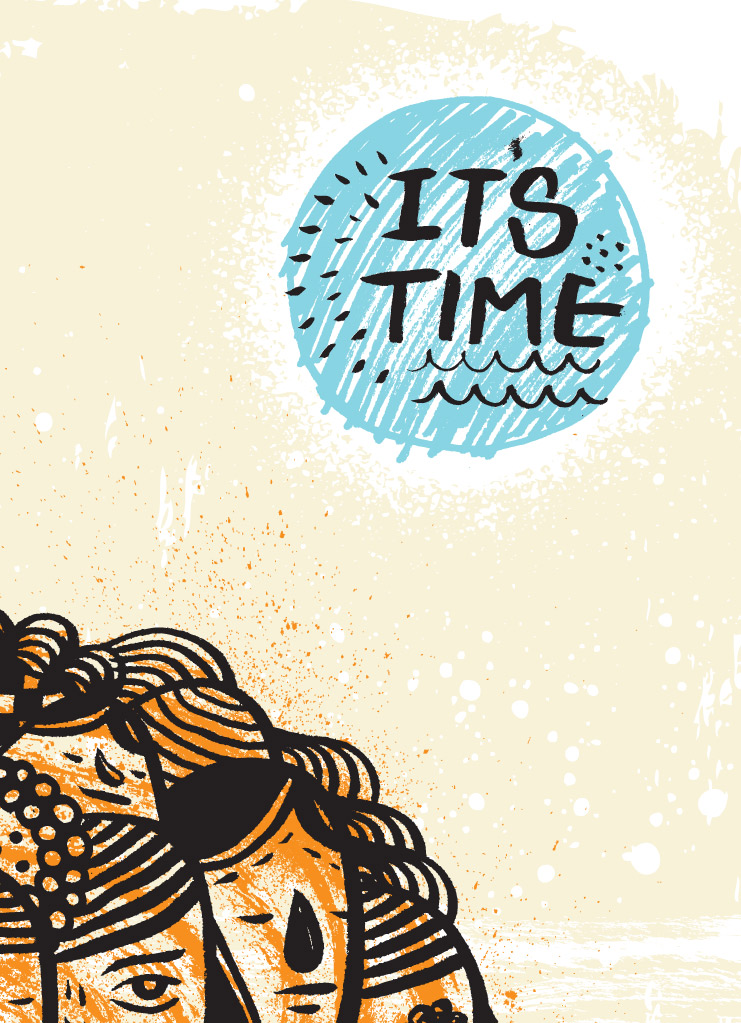 ABOUT THIS ART:
Imagine the most familiar elements seen in most landscape paintings. You have a sky (usually cloud-filled), a celestial object beaming light on the scene, and terra firma at the bottom with human figures on it - or sometimes just plain terra firma. In a work called "It's Time," artist Ryan Bubnis has delightfully refashioned these elements to suit him. In lieu of the sun, he has a nexus of glowing faces with a little glowering here and there thrown in for good measure. The earth seems to have brought forth an unusual "crop" of flora - or (would it be too wild a surmise?) we've caught a field of hot air balloons before the moment of ascension? An intuitive artist with a rich appreciation for all the realms of visual possibility, Bubnis is offering a sweet treat to our eyes on this occasion.

This RUN is signed, numbered and comes with a Certificate of Authenticity from Ryan Bubnis and 1xRUN.

MORE
ABOUT Ryan Bubnis:
Ryan Bubnis’ clean yet chaotic style has been described as “urban folk.” Through his paintings, installations and design work, he comments on themes relating to the human condition. Vibrant, abstracted shapes and faces radiate joy and optimism while they float in and out of rich, multi-layered realms. Working intuitively, he incorporates a range of mediums that include found objects, paper, wood, canvas, spray paint, acrylics, cel vinyl, sandpaper, pencil and India ink. He draws inspiration from life, graffiti, Saturday morning cartoons and outsider art from a variety of cultures. Born in California in 1975, he received his BFA in illustration from the Pacific Northwest College of Art where he now teaches a professional practices course to undergraduate students. His work has been shown extensively throughout the US, UK, Taiwan and Canada. He has been featured in publications such as Nintendo Power, Clout, Vapors and Juxtapoz magazines. Some of his clients include Kidrobot, Nike, Imperial Motion, Aleph Zero, The Portland Mercury, Willamette Week, Seattle Weekly, Hasbro, Threadless, Uncommon and 20th Century Fox. He currently resides in Portland, Oregon.
MORE
CLOSE
FILTER
APPLY
Type
-
Price
-
Availability
-
Availability
-
Country
Availability