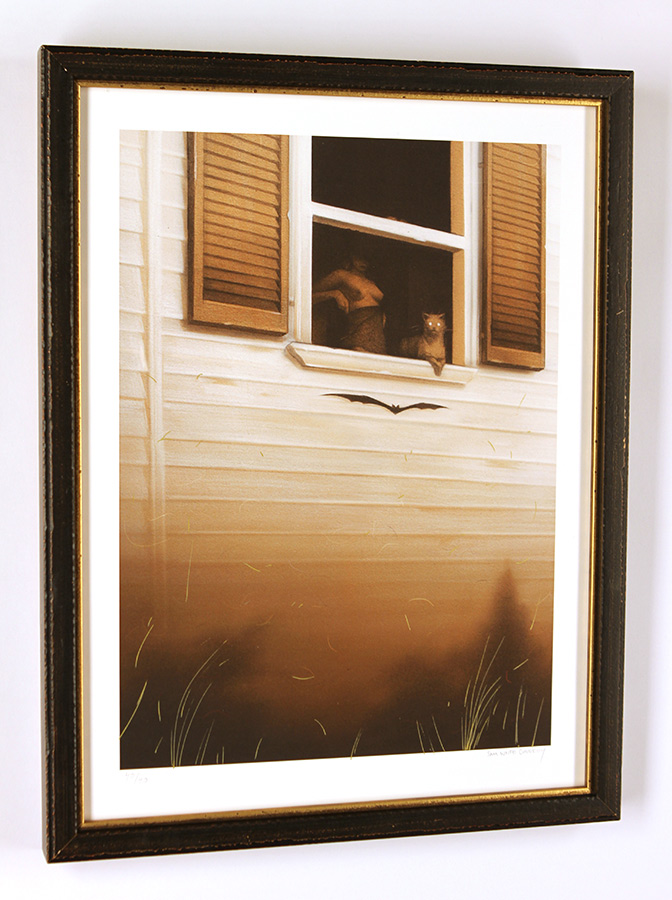 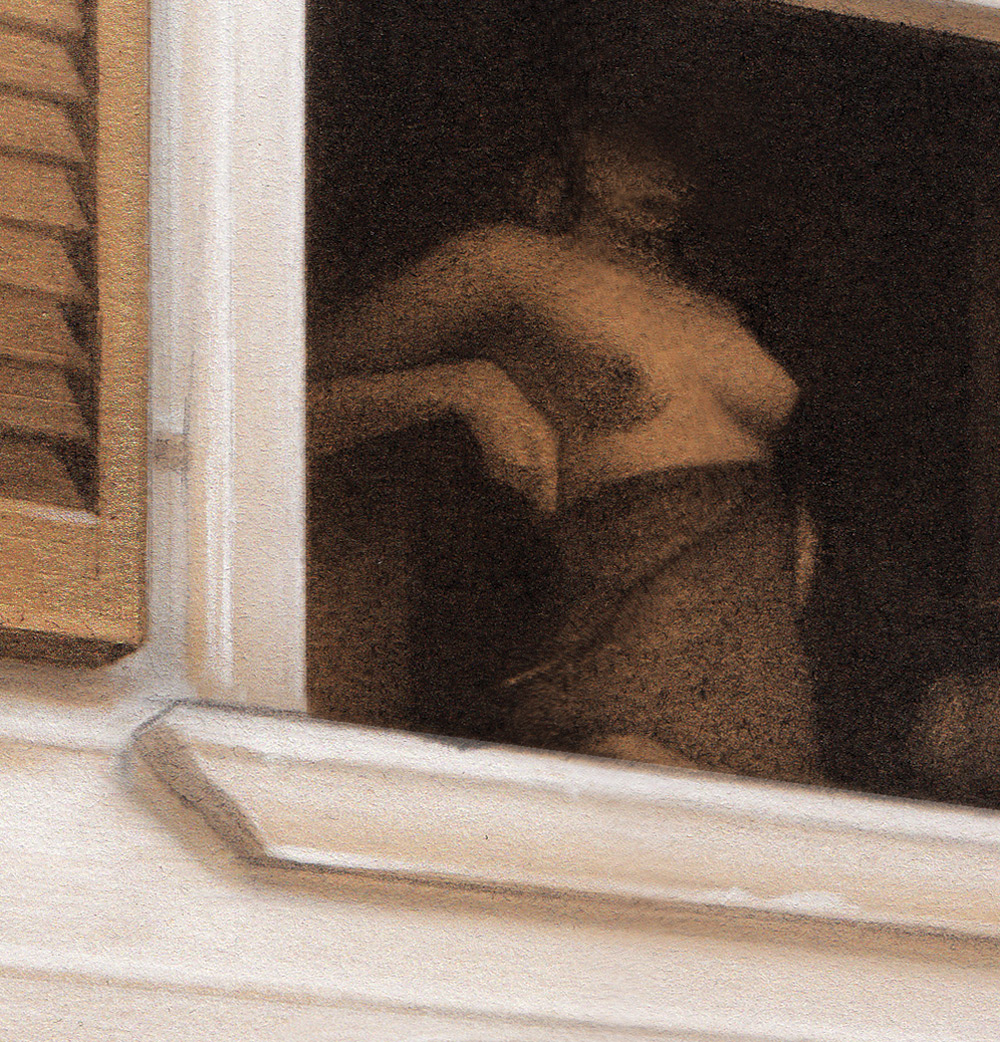 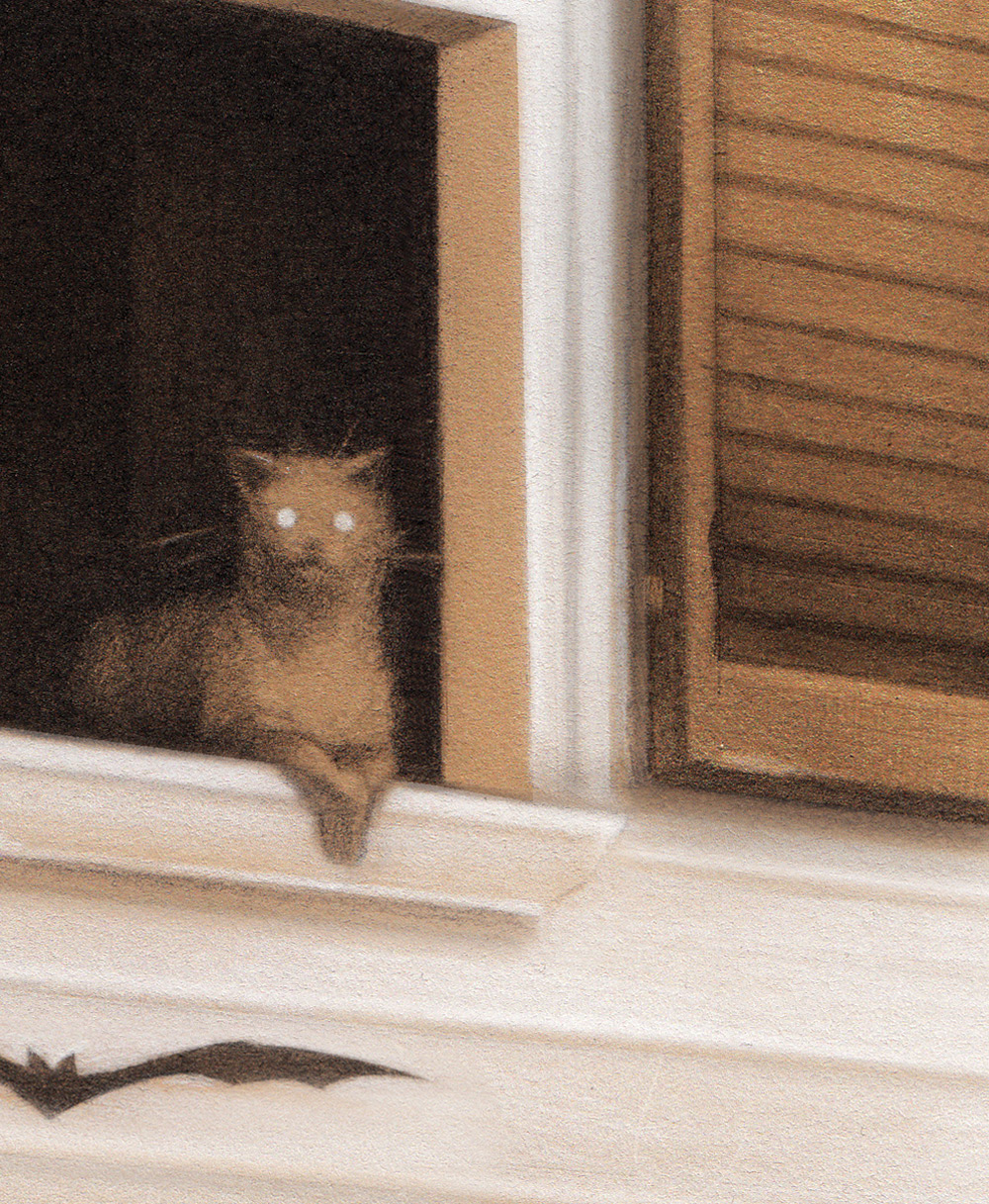 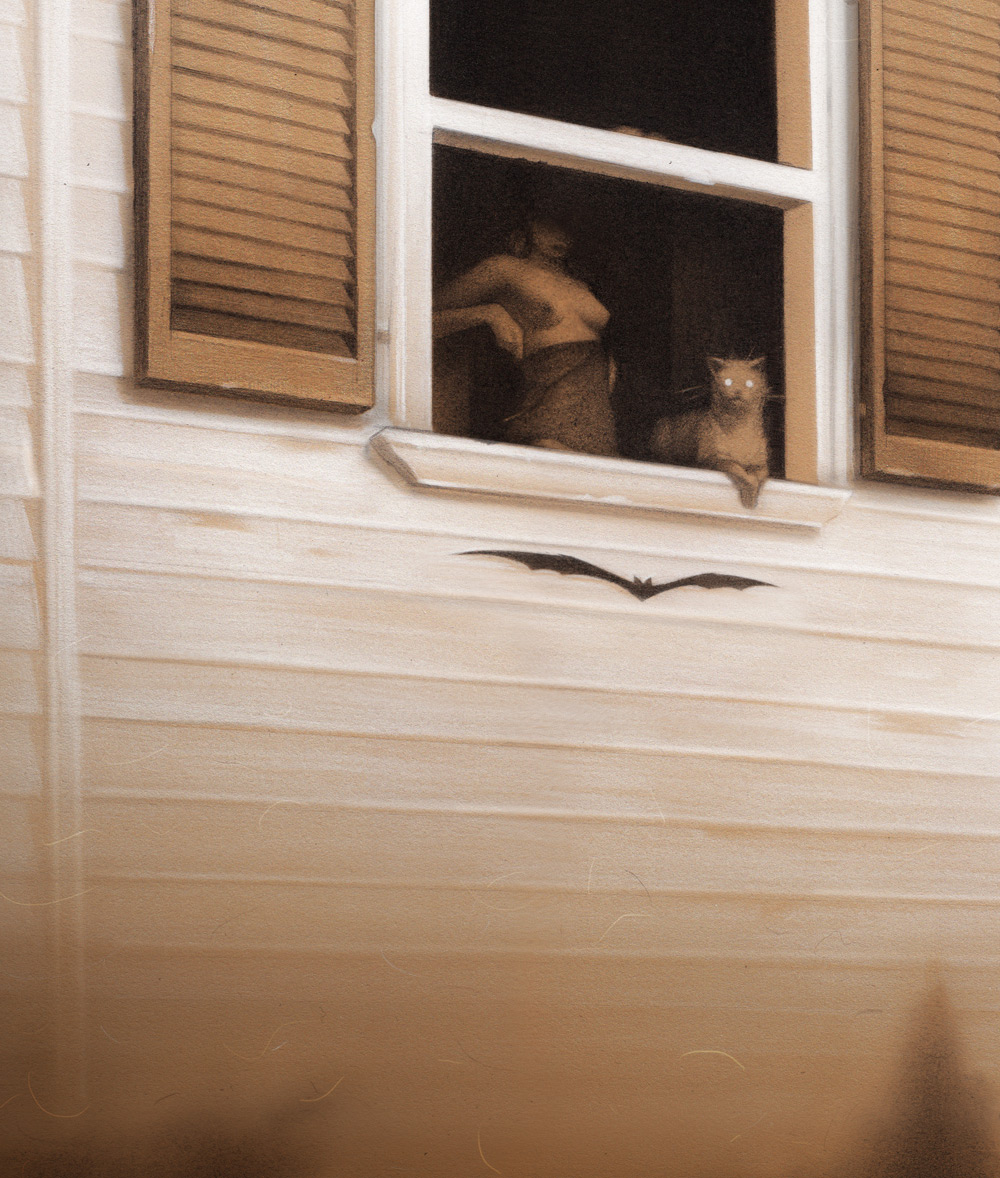 ABOUT THIS ART:
Each piece from this limited edition RUN from Sam Wolfe Connelly will be hand-embellished personally with gold flecks by Sam himself making each unique.

"I did the original piece for the recent 'Kingdom Animalia' show, which has already sold. It was done in graphite, chalk and acrylic on BFK Rives paper. The show was based around art focusing on animals and my idea for the piece was to have an animal present and an important part of the image, but not necessarily the center of attention. I really wanted to portray a sense of uneasiness of having a set of eyes on you, or having your eyes on someone else. I felt a cat would be a perfect fit for a haunting gaze. I finished this piece back in June and I would say it took probably around 30-40 hours or so." - Sam Wolfe Connelly

This RUN comes signed, numbered and with a Certificate of Authenticity from Sam Wolfe Connelly and 1xRUN 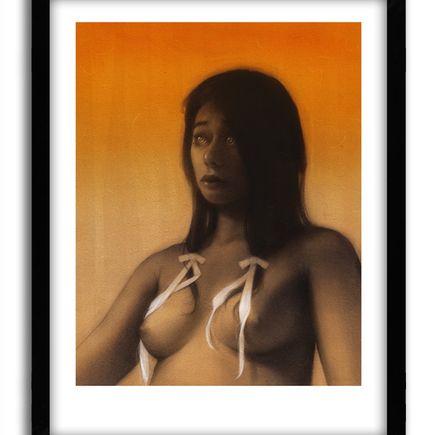 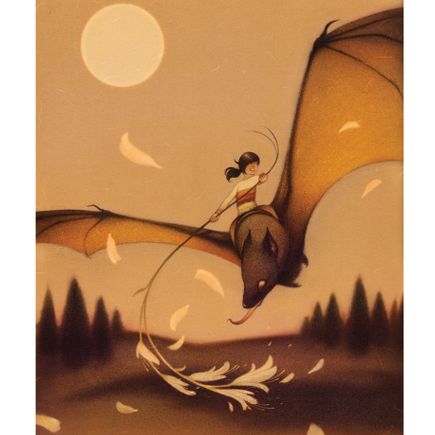 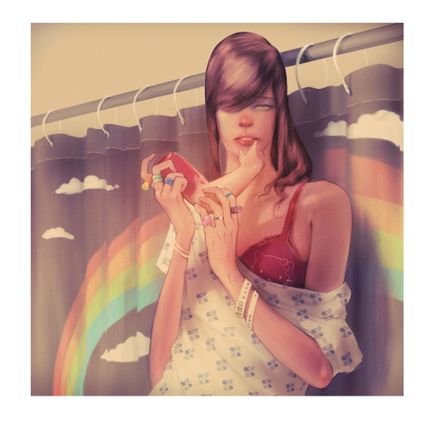 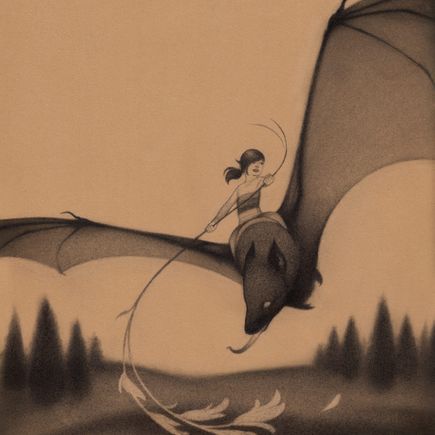 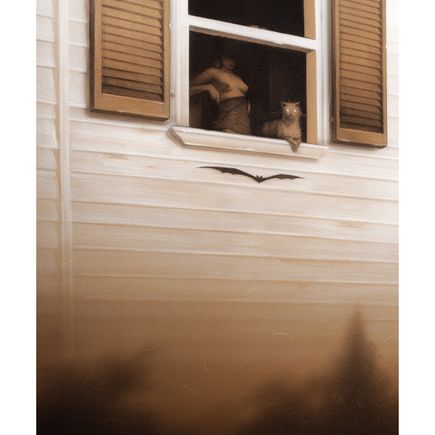