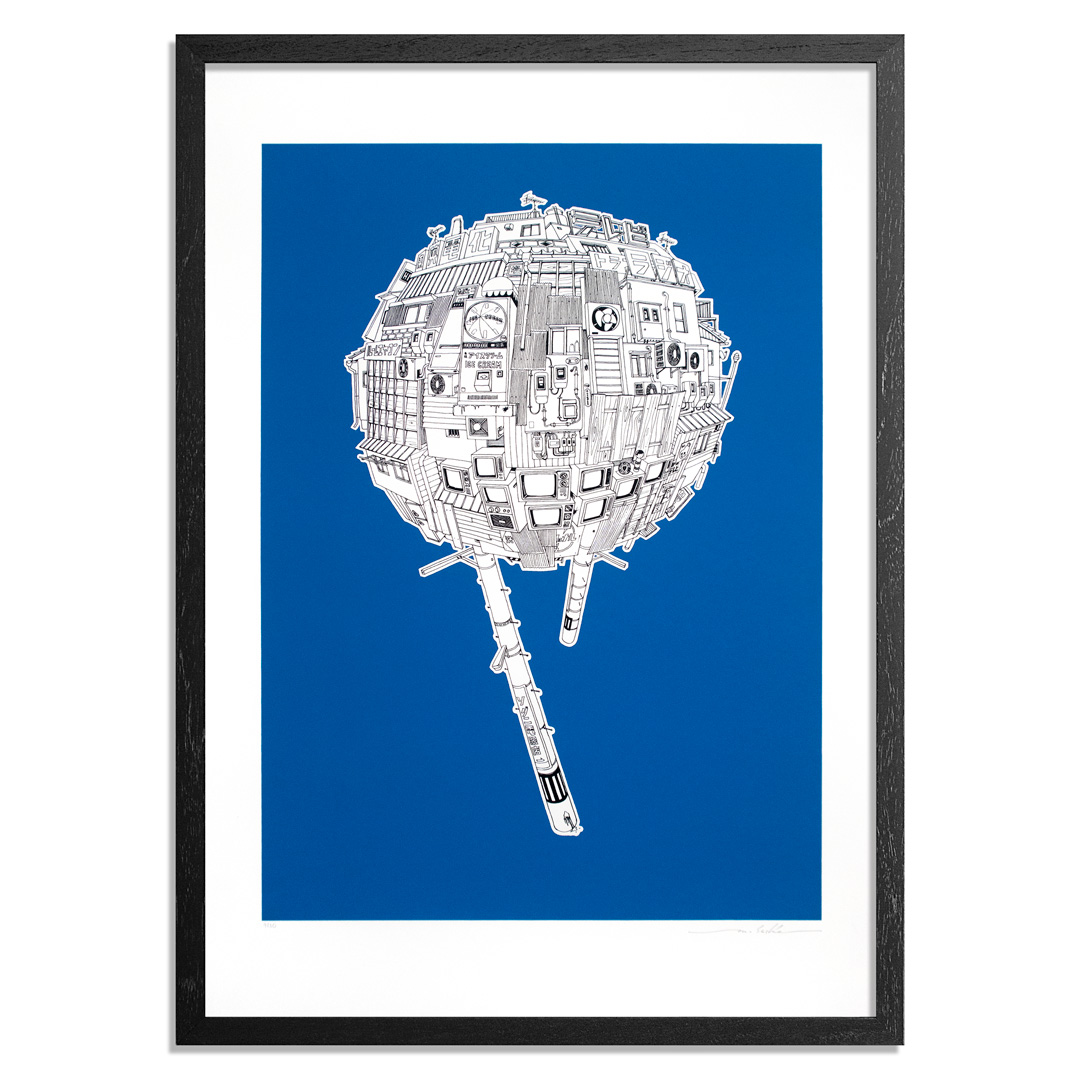 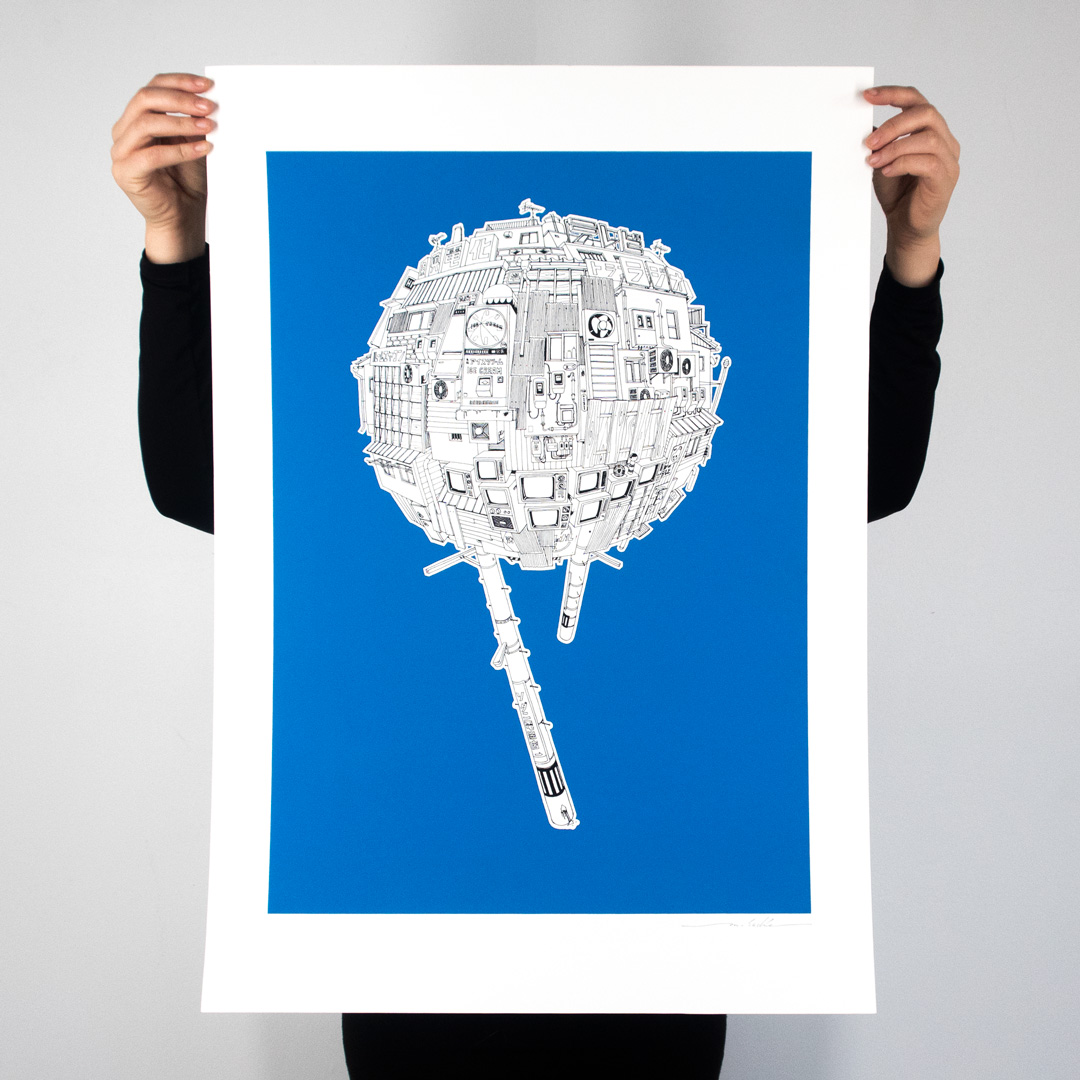 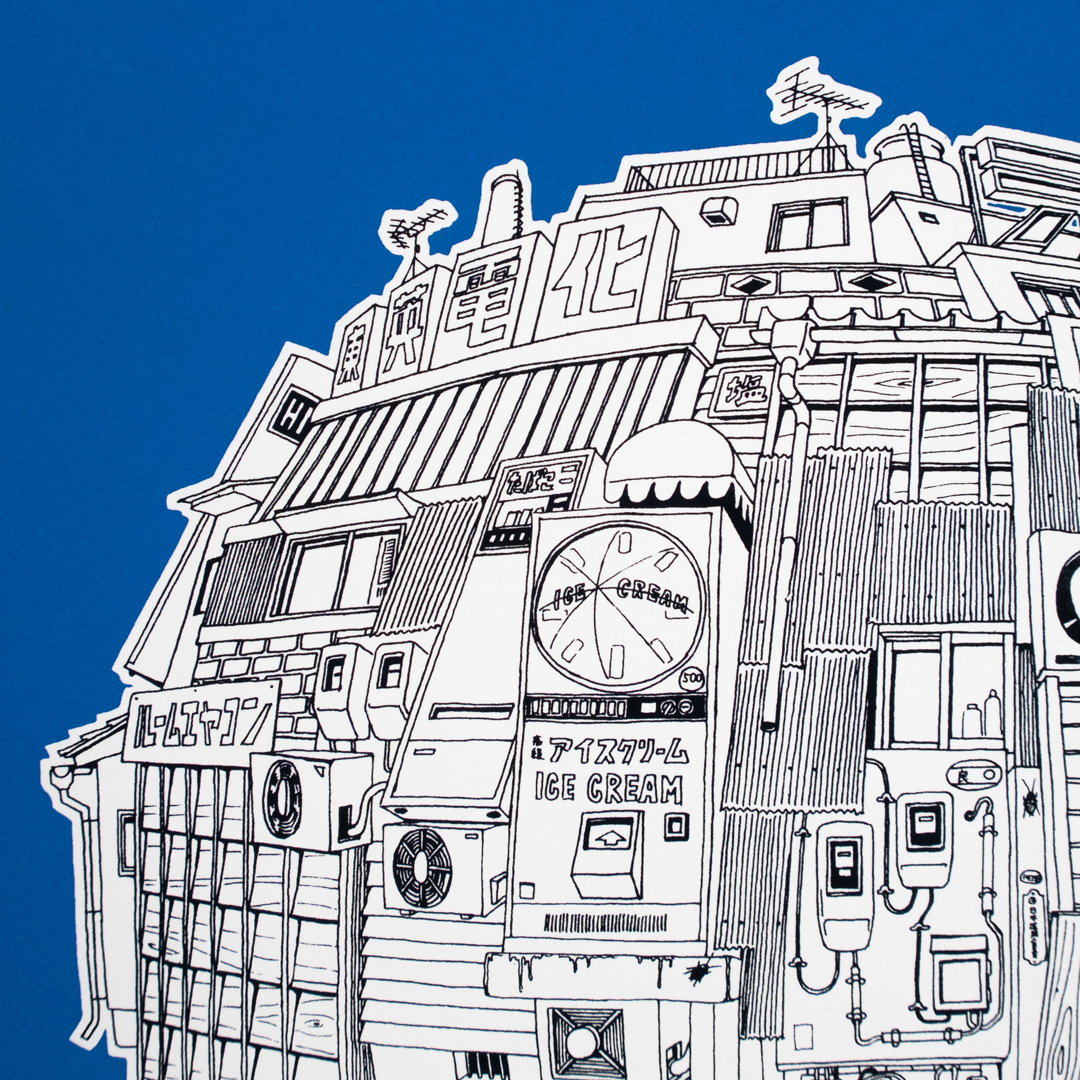 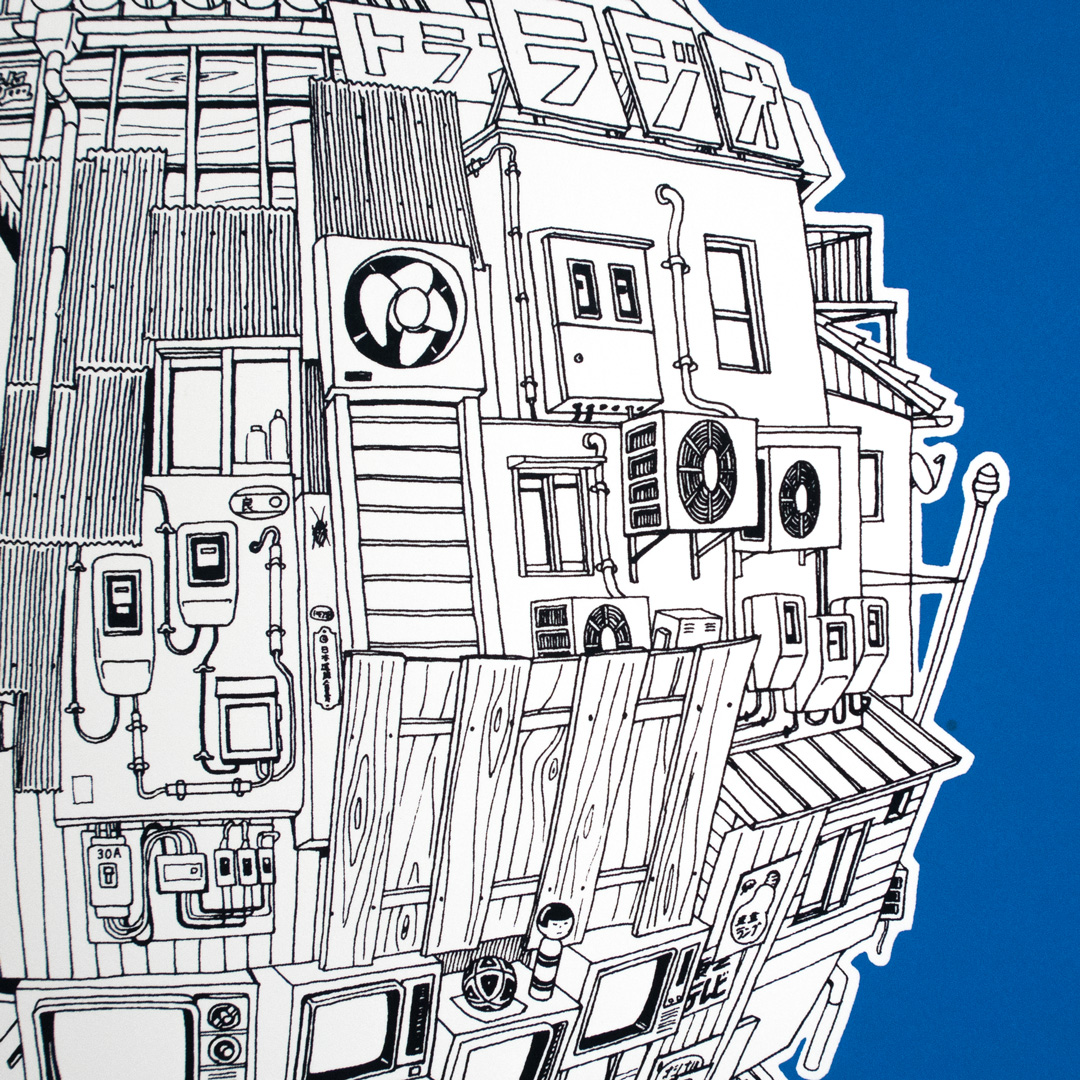 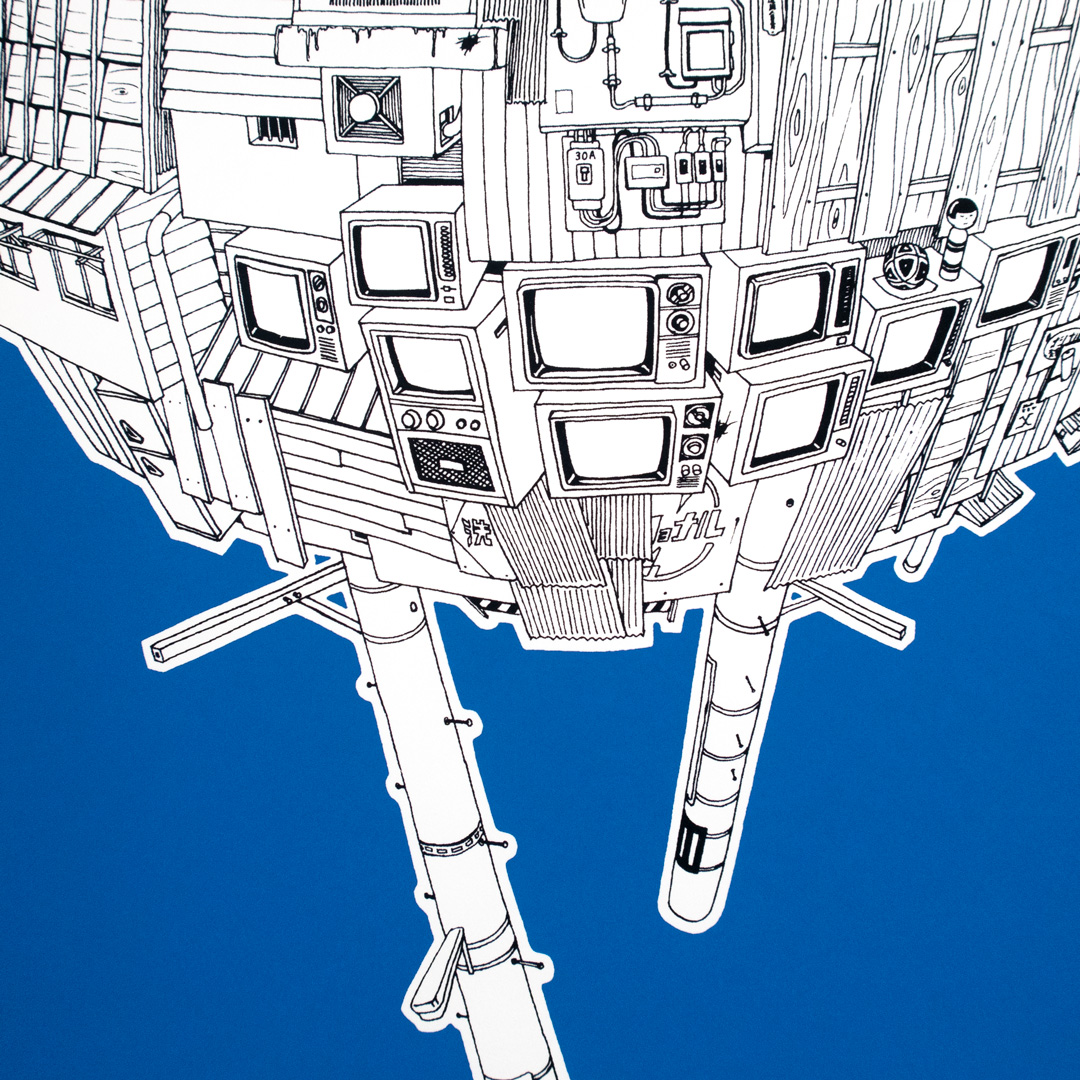 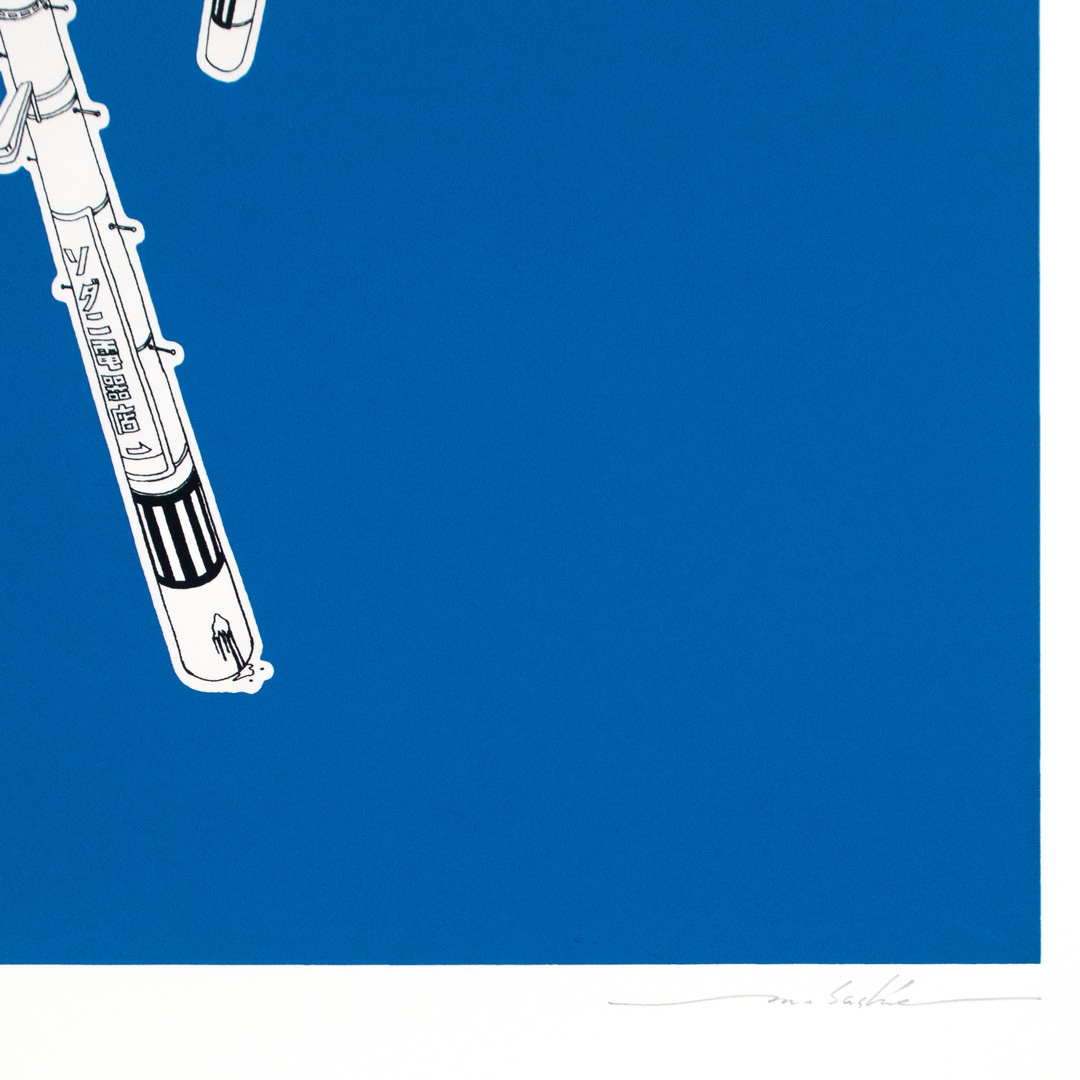 ABOUT Sashie Masakatsu:
Masakatsu Sashie was born in and currently resides in Kanazawa, Japan a city well known for rich traditional arts and crafts and a unique culture due to the city's difficult geographical accessibility. Sashie received his MFA from the Kanazaw College of Art in 2000. Sashie has exhibited throughout Asia and the United States and his work is included in private and corporate collection internationally.

Sashie's home, Kanazaw is a miniature condensed version of the larger more populated cities in Japan. With a lifelong interest in model making and having grown up in a virtual diorama Sashie's intricately detailed oil paintings depict a world where the common objects of more industrialization take on often oppressive forms. These haunting vistas are often dominated by an orb, a substantial figure, made of an amalgam of the remnants of human existence. The contrast between the detail and complexity of the orb and the surrounding environment impresses upon the viewer the co-existence of small microcosms within the larger outer world. Without showing preference to either world, Masakatsu Sashie paints two opposite worlds as equals with the intent of drawing the viewer into the space and having them reflect on society and its values.
MORE
MORE FROM Sashie Masakatsu
SOLD OUT
Run of 50
Favorite 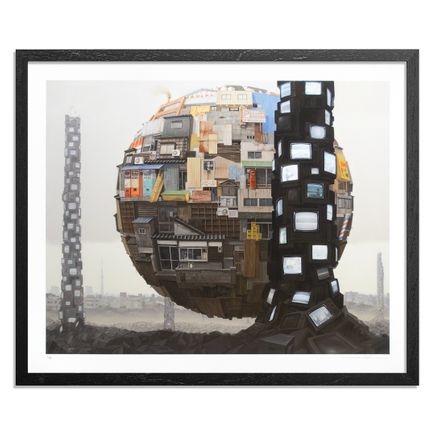 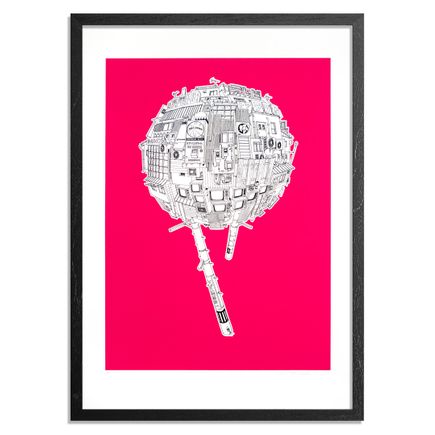