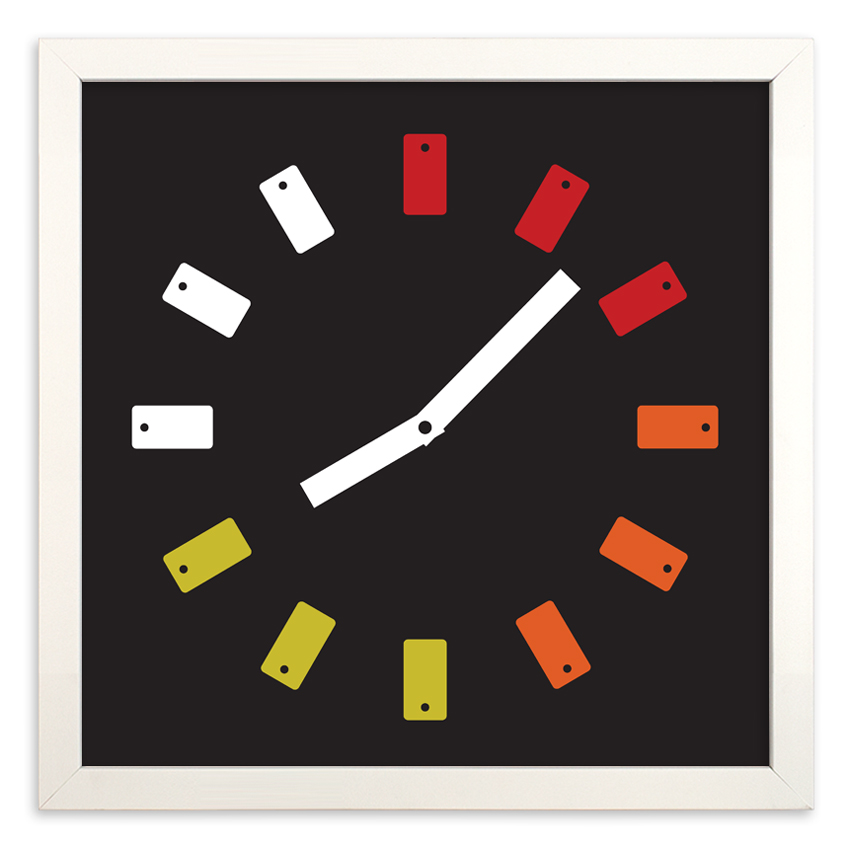 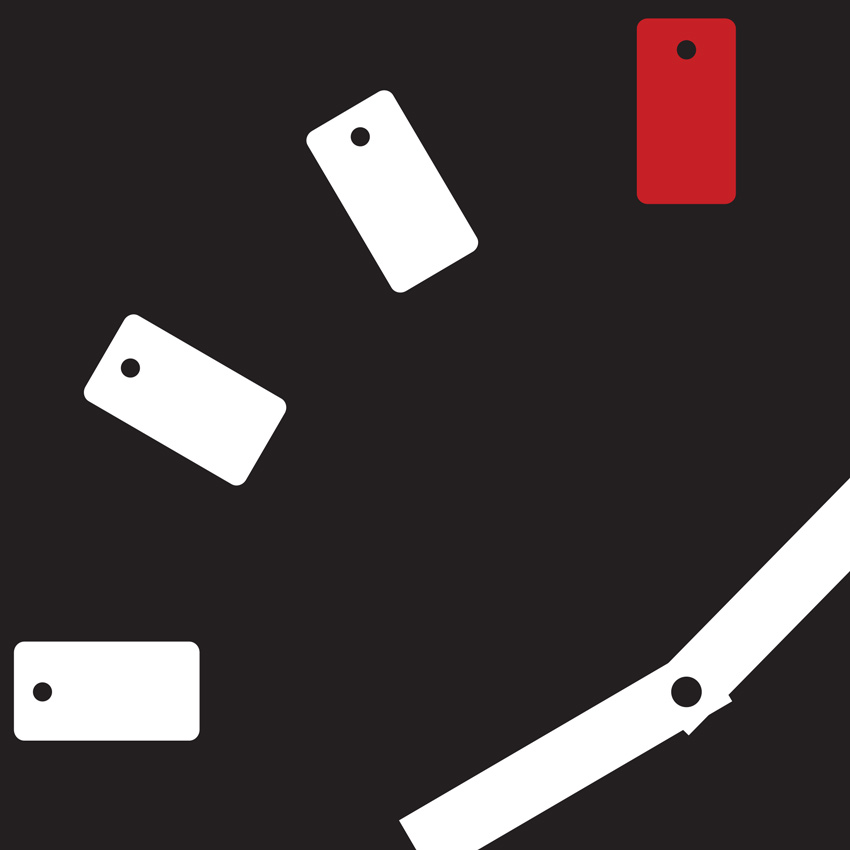 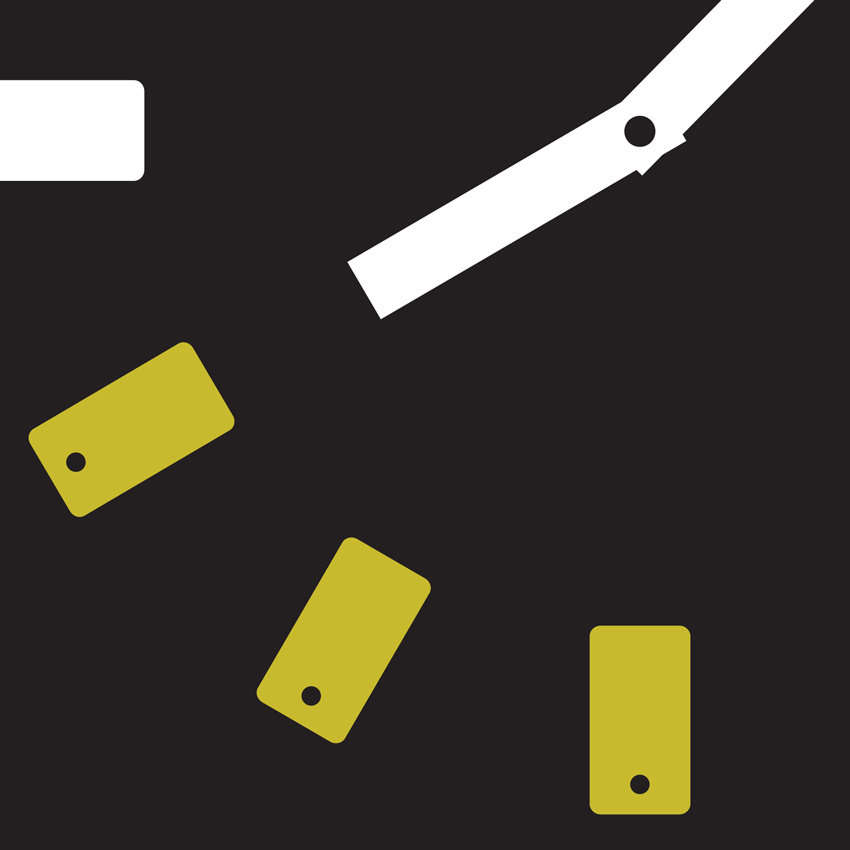 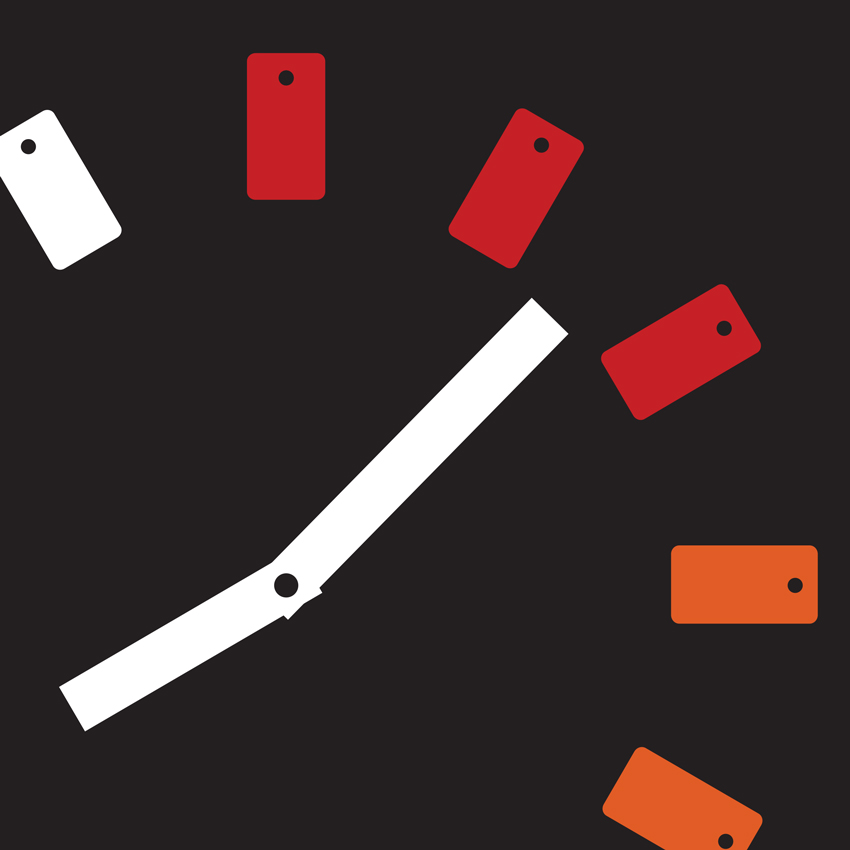 “This piece is inspired by the 808 drum machine, and while the average person looking at this piece may not know this, that's ok with me. I kinda like the esoteric approach with my works. That’s why sometimes it takes me a long period of time to come up with something new.

The idea came about because I have always liked the 808 drum machine’s buttons. So my graphics guy Barry and I sat down one day and hashed this out together. I had been talking about a clock the previous week so he said ‘what about a clock’ then I added let’s make the time coincide with the name of the drum machine, and everything fell into place perfectly.

I’m not one for the obvious, but I do like simplicity with some wit. The piece was originally created in 2013 as a wearable art piece, but this is my first art print ever offered to the public, and I hope people see that art and time can coexist and be pleasing to the eye.” - Scott Grooves

This RUN comes signed, numbered and with a Certificate of Authenticity from Scott Grooves and 1xRUN.

MORE
ABOUT Scott Grooves:
The year was 1988, when Scott Grooves partnered up with a friend and began to DJ around town. Like every other DJ in Detroit at that time, Grooves soulfully embraced the early Detroit electronic records.

A strong musical family background laid the foundation for what was to come next, making and performing his own music. The first release for Grooves was on Soiree Records in 1992. After that came two more releases and a host of remixes for the label. Next up, he had the chance to record on the legendary KMS Records, along with Alton Miller.

Determined to have a bigger impact on the music scene, Grooves' next project pushed him into outer space. Grooves went to a Roy Ayers concert in 1997. After the show he approached Roy about working together on a project. To Grooves’ amazement, Roy gave him his contact information and a few months later, "Expansions" was recorded.

Still there was more to come. He wanted to do something with George Clinton. At the time, Scott was recording at the same studio where George stored most of his master recordings. Grooves asked if he could sample one of the records. After days of searching through classic master recordings of George, he found what he was looking for. The album was now complete with two heavy hitters, Roy Ayers & George Clinton.

Upon hearing a Soma record in a local record shop in Detroit, Grooves sent a demo of his completed album to the Soma office. The rest is history! Scott made his debut on Soma Records with the sublime, "New Day" (Soma58). With heart stopping piano chords, the song was given a “thumbs up” by the Slam Boys!

The next release was the Lonnie Liston Smith classic, "Expansions", reworked with Roy Ayers on vocals and vibes. Remixes came from Joe Clausell, the Ballistic Brothers and others. This momentous release even enjoyed a national chart position in the UK. The final single from the album proved to be the biggest, mainly because of Daft Punks' remix and support of Virgin records.

Wanting to have a stateside appeal, Grooves recorded an obscure 15 minute organ jam, ("Organ Nights"). He gave it to Joe Claussell, and within a month, New York and Japan were knocking at his door.

He has run his own label "From The Studio Of Scott Grooves" since 1999, which spawned Grooves' biggest independent release “The Journey”. He also runs the labels "Natural MIDI", which is geared towards the edgier analog sound, and "Modified Suede" which portrays his more organic soulful side.

Since 1992 Grooves has proved he is one of the most versatile musician/producers Detroit has seen in a long time. As a musician he follows one of the oldest tenets of show biz: when you've reached the top of the mountain, go down the other side.