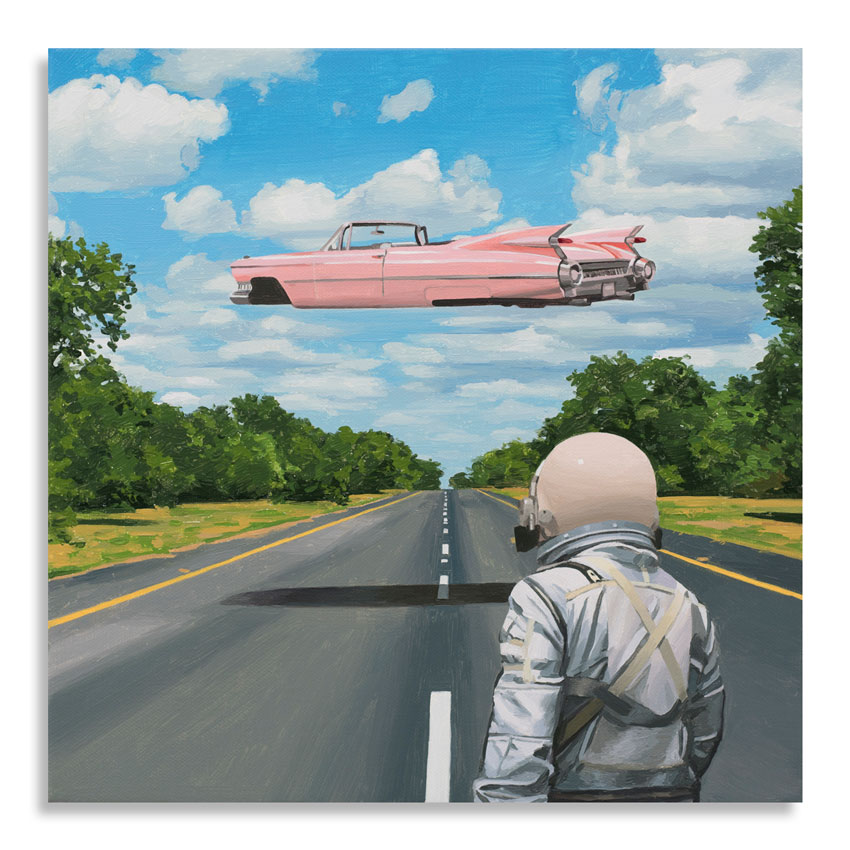 For the eleventh iteration of Thinkspace’s traveling group exhibitions, co-owners Andrew and Shawn Hosner hand picked Detroit to showcase one of their most ambitious collections to date. As part of the exhibition, the Hosners have also picked two featured artist, James Bullough for his unique cross cut portraits.
MORE
ABOUT Scott Listfield:
Scott Listfield is known for his paintings featuring a lone exploratory astronaut lost in a landscape cluttered with pop culture icons, corporate logos, and tongue-in-cheek science fiction references. Scott grew up in Boston, MA and studied art at Dartmouth College. After some time spent living abroad, Scott returned to America and, shortly before the real life, non-movie version of the year 2001, began painting astronauts and, sometimes, dinosaurs.

Scott has been profiled in Juxtapoz, Wired Magazine, the Boston Globe, New American Paintings, and on at least one local television station. He has exhibited his work in Los Angeles, Chicago, London, New York, San Francisco, Miami, Boston, and many other nice places.
MORE
MORE FROM Scott Listfield
$175
Run of 50
Favorite 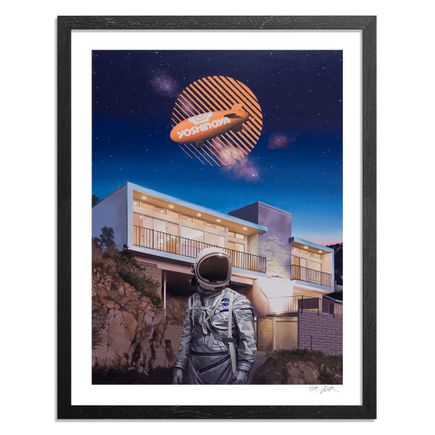 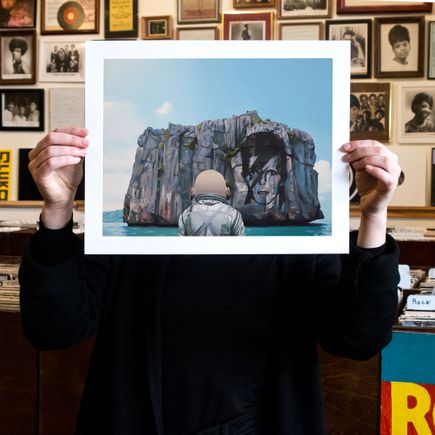