SOLD OUT
Favorite
IN THIS COLLECTION:
The Hollywood Sound
10 Artworks1 Available 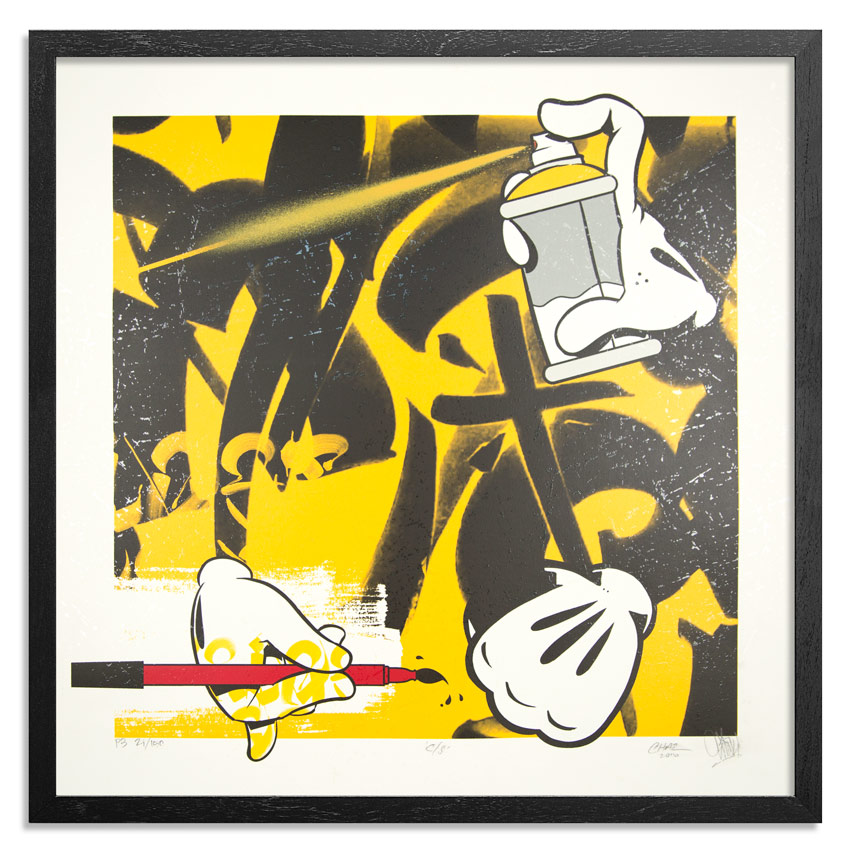 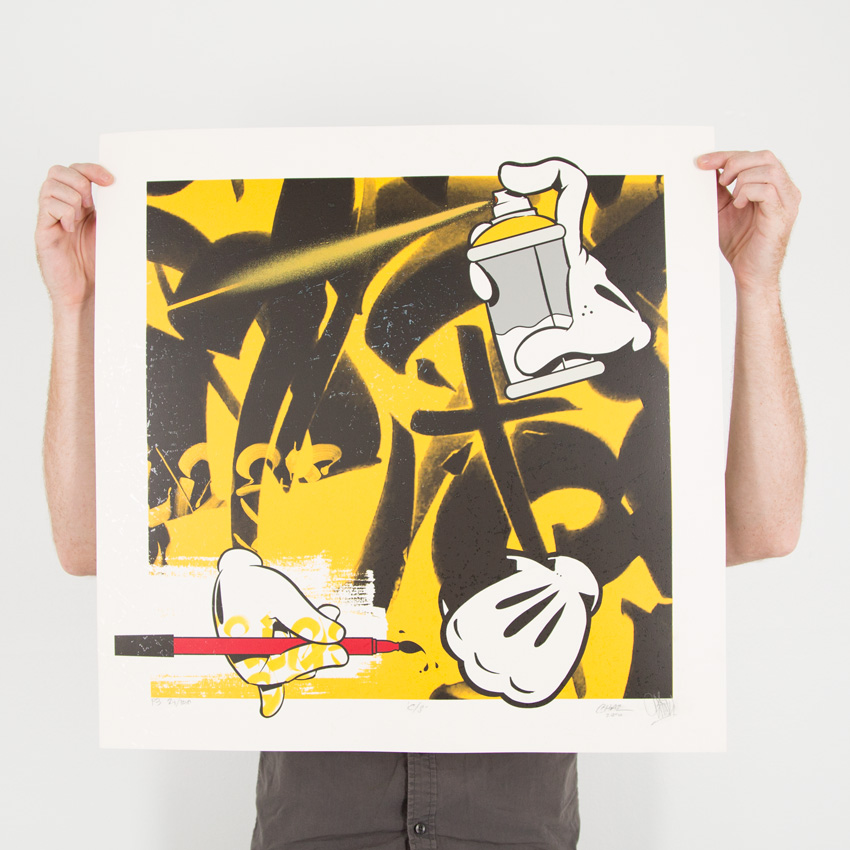 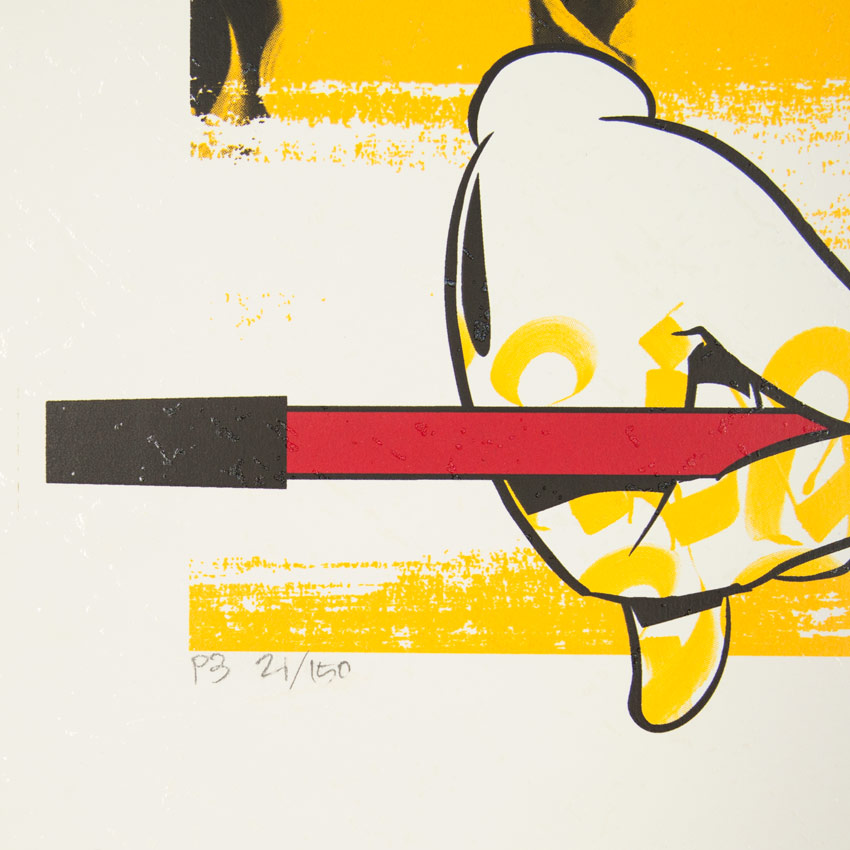 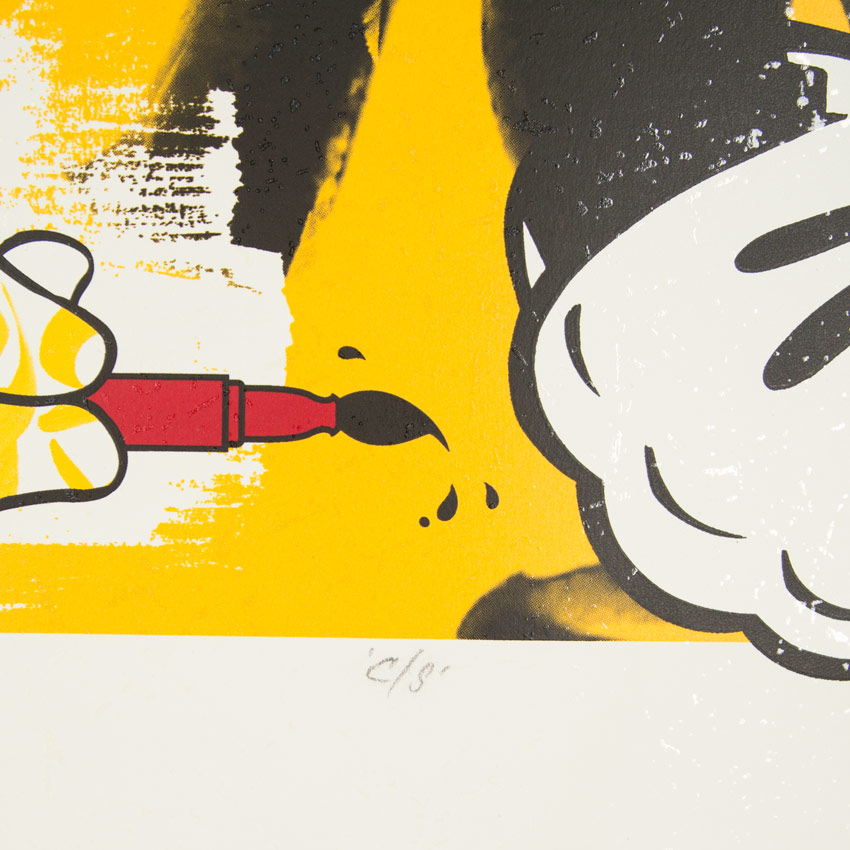 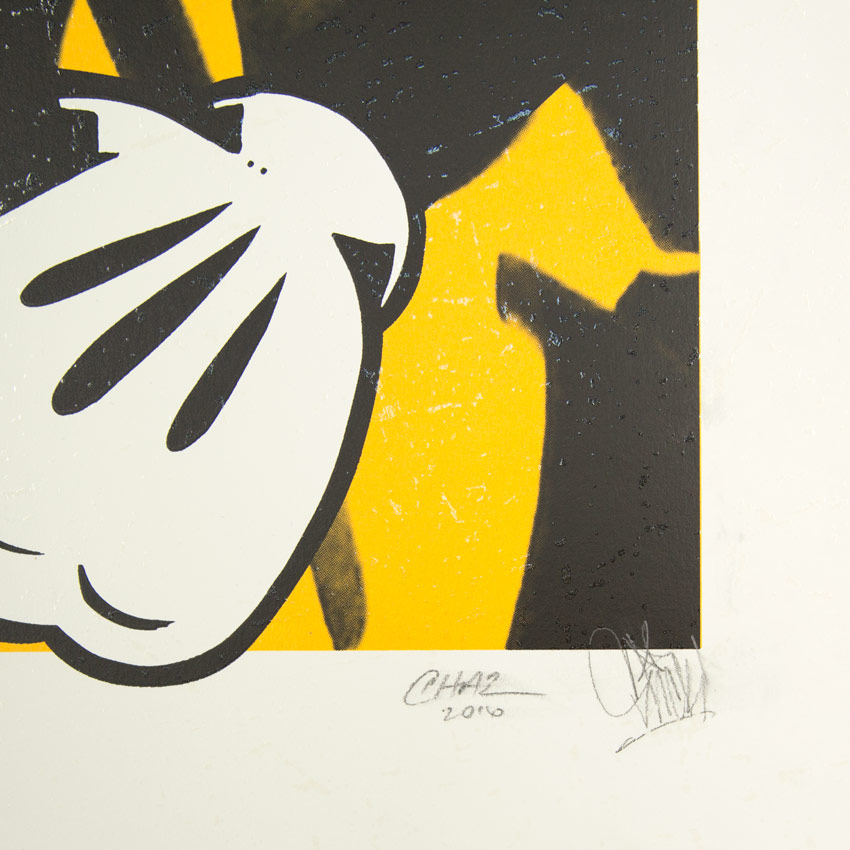 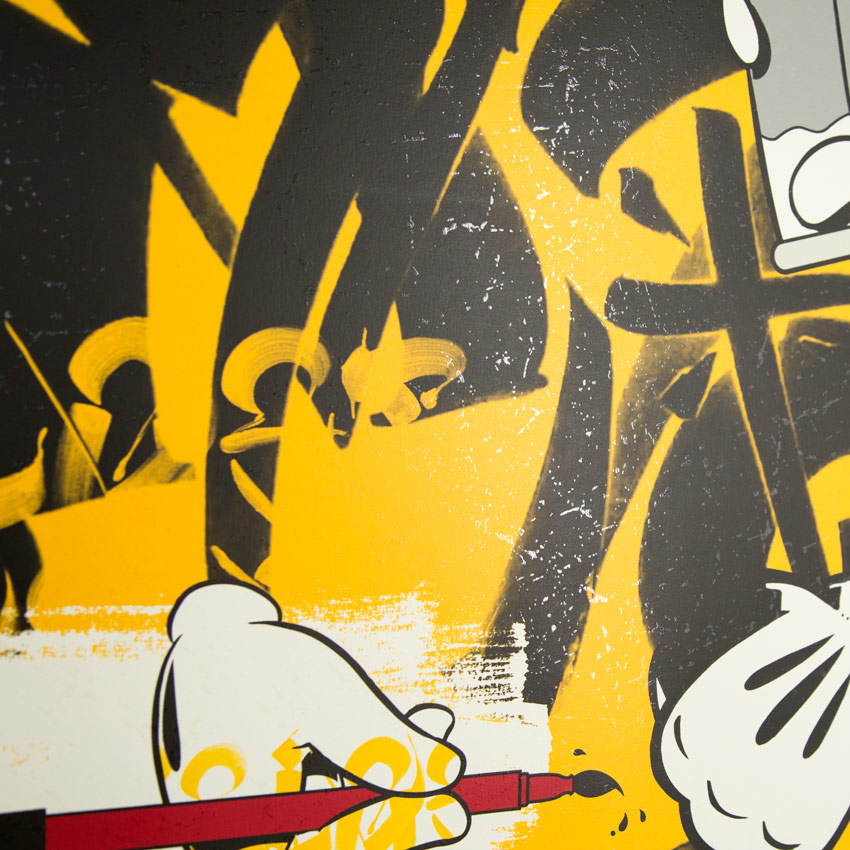 ABOUT THE ARTIST:
Slick's rise to the top can be traced back to the mid 80's, from painting on the streets of Honolulu to the mean streets of Los Angeles. Slick spent his early years attending Art Center College Of Design during the day and doing graffiti at night.
The legendary "Slick vs Hex" graffiti battle was pivotal moment in Slick's career. He went from underground hell raiser to garnering worldwide acclaim, forever changing how graffiti characters are painted to this day. The international attention opened the doors for Slick to paint everything from music videos, feature films, album covers to full fledged gallery exhibits. It was during this time, he realized he could reach a larger audience by putting his art on t-shirts. Since his first designs in the late 80's, Slick has designed graphics for the likes of Stussy, X-Large, Adidas, Obey, Disney and the list goes on. His graphic design aesthetic has influenced an entire generation of artists/designers. He pioneered a movement called "street wear" long before the term was even coined. 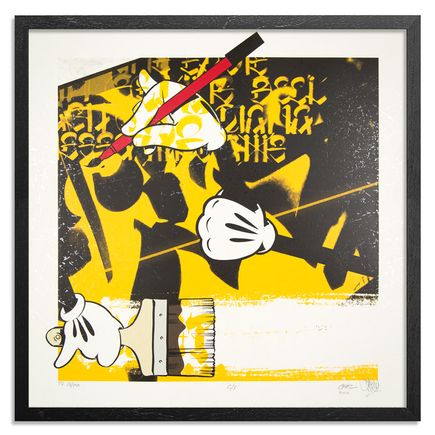 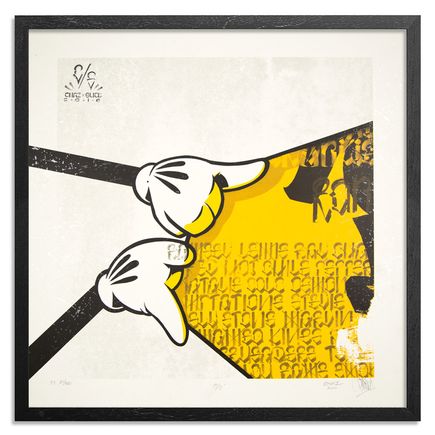 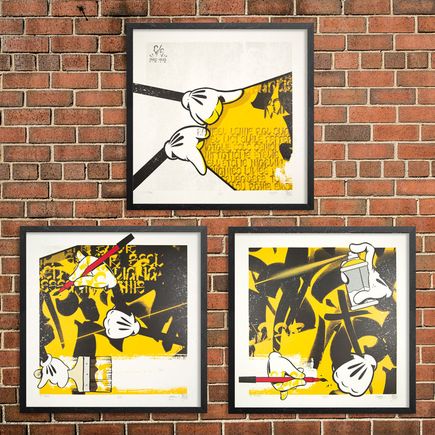