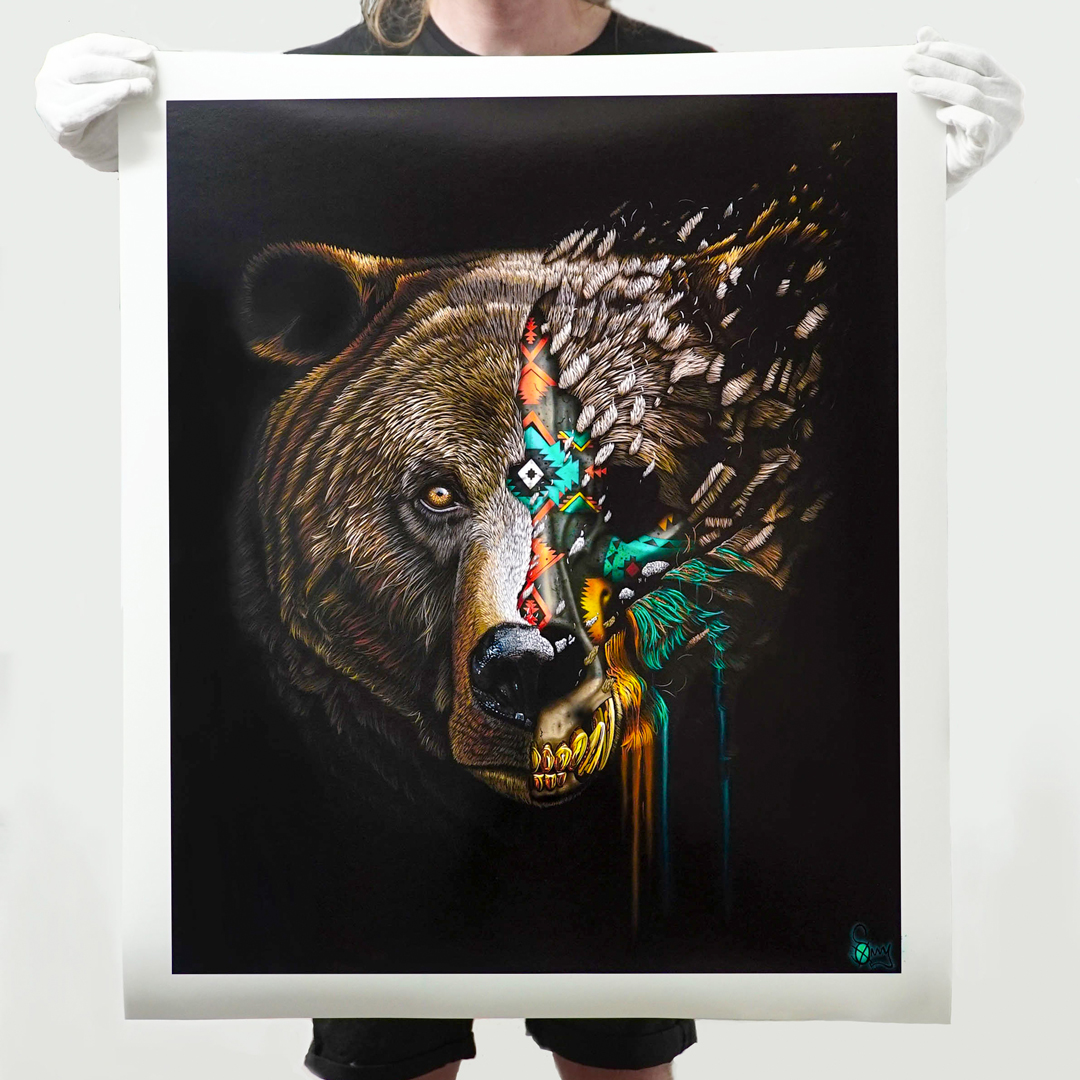 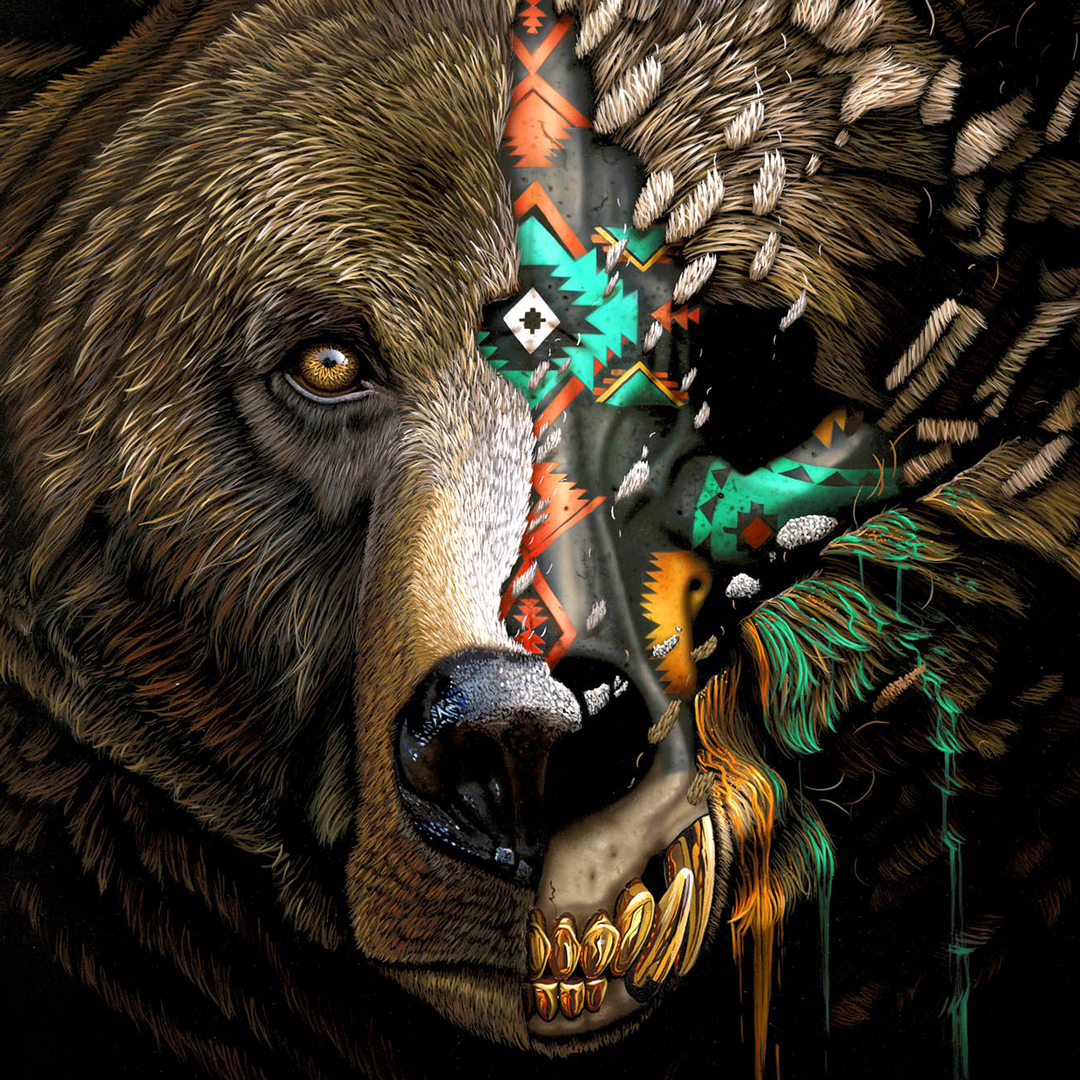 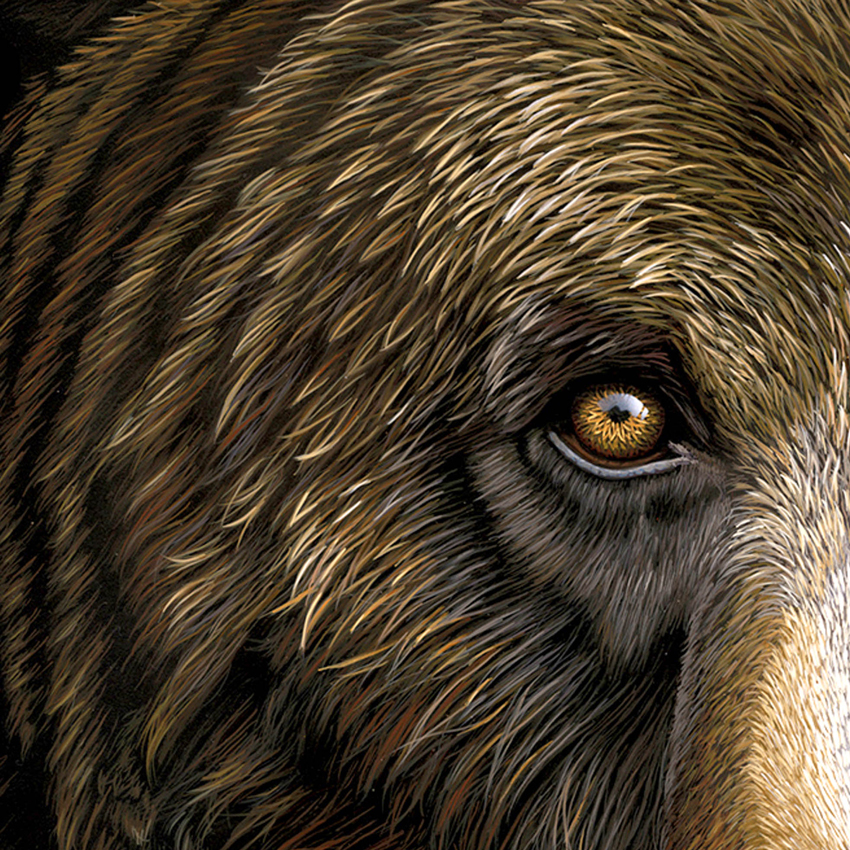 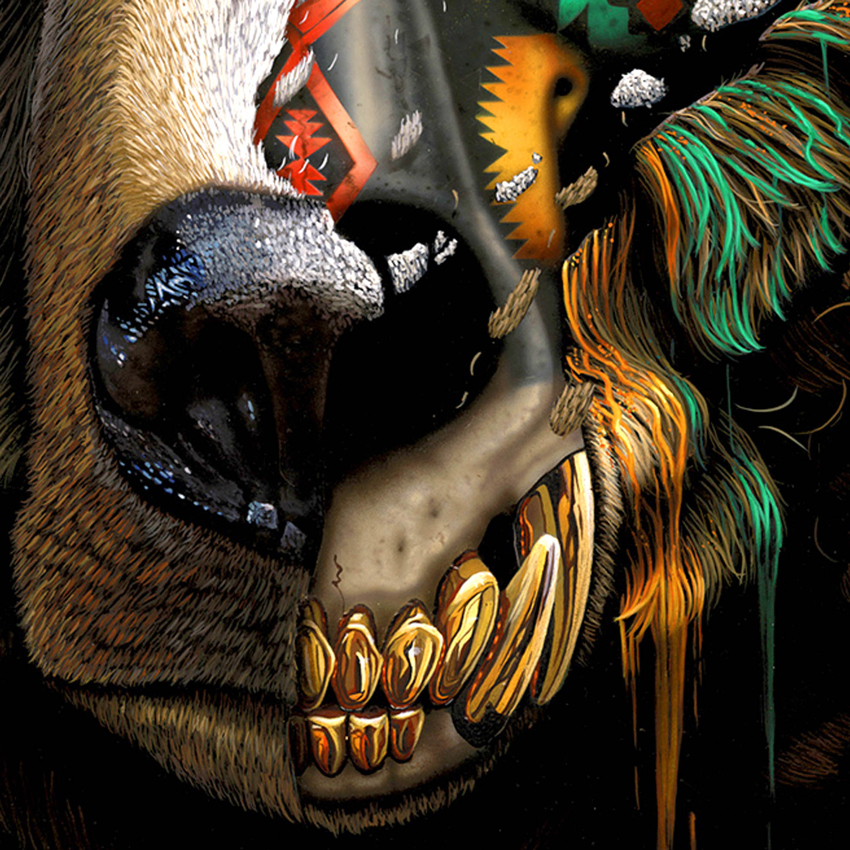 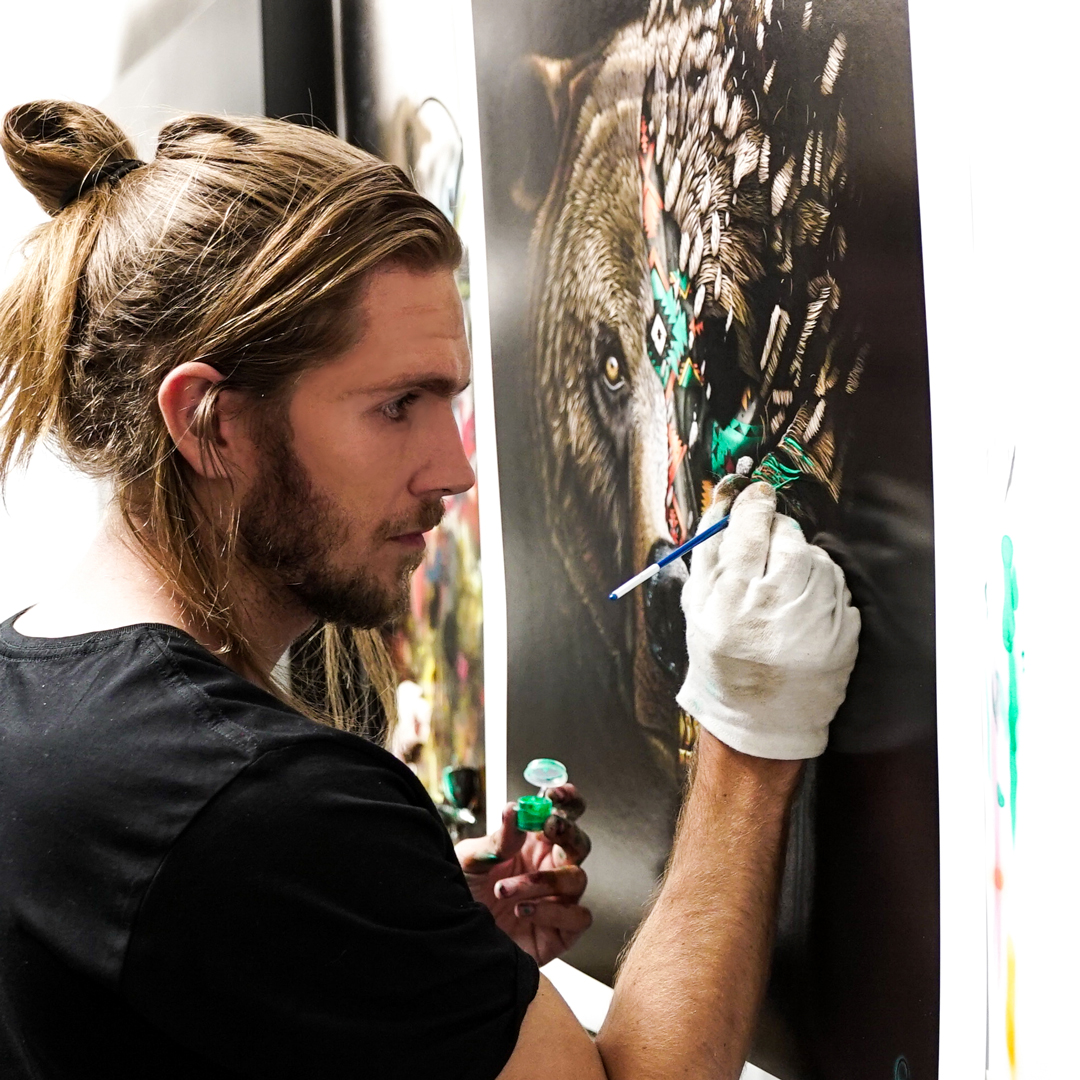 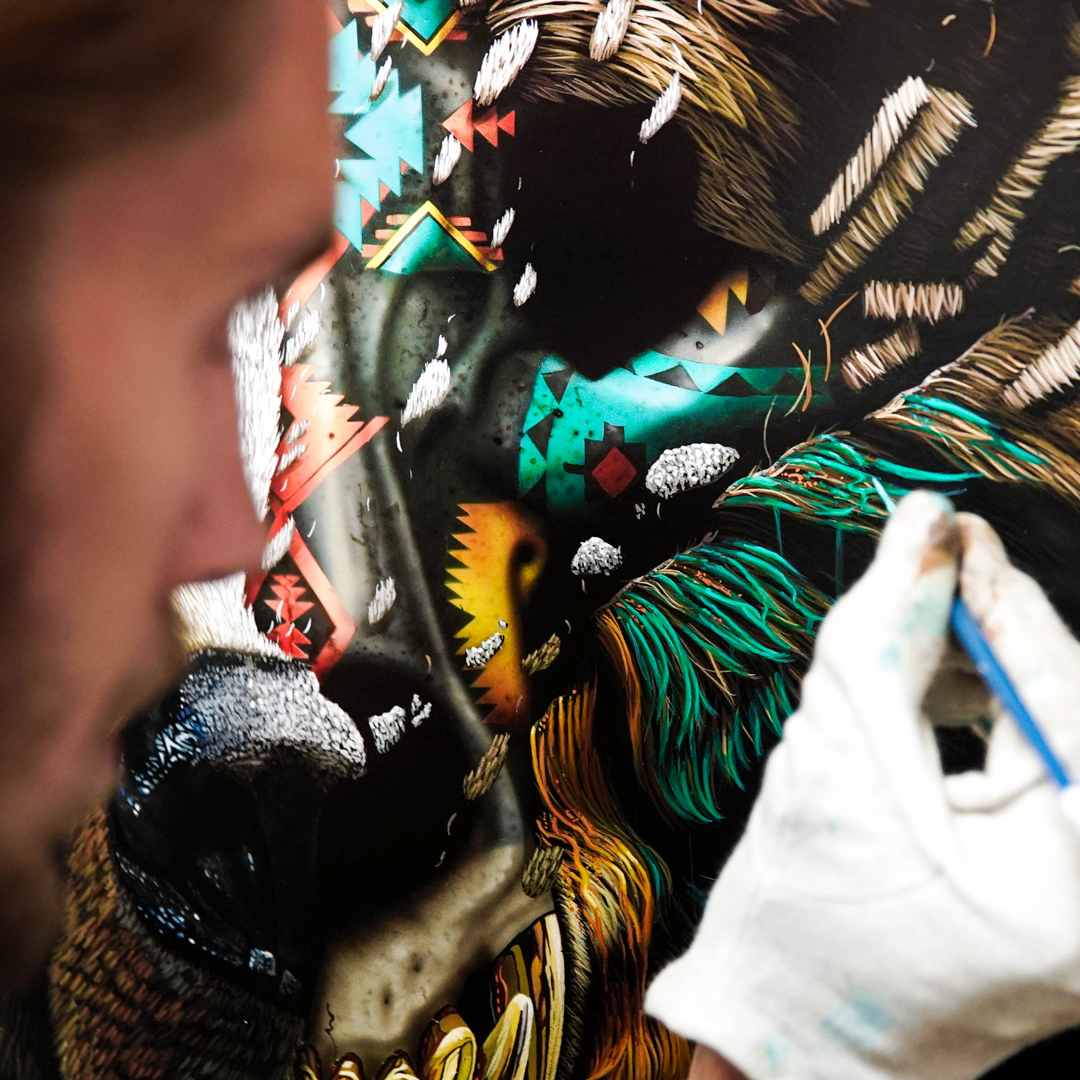 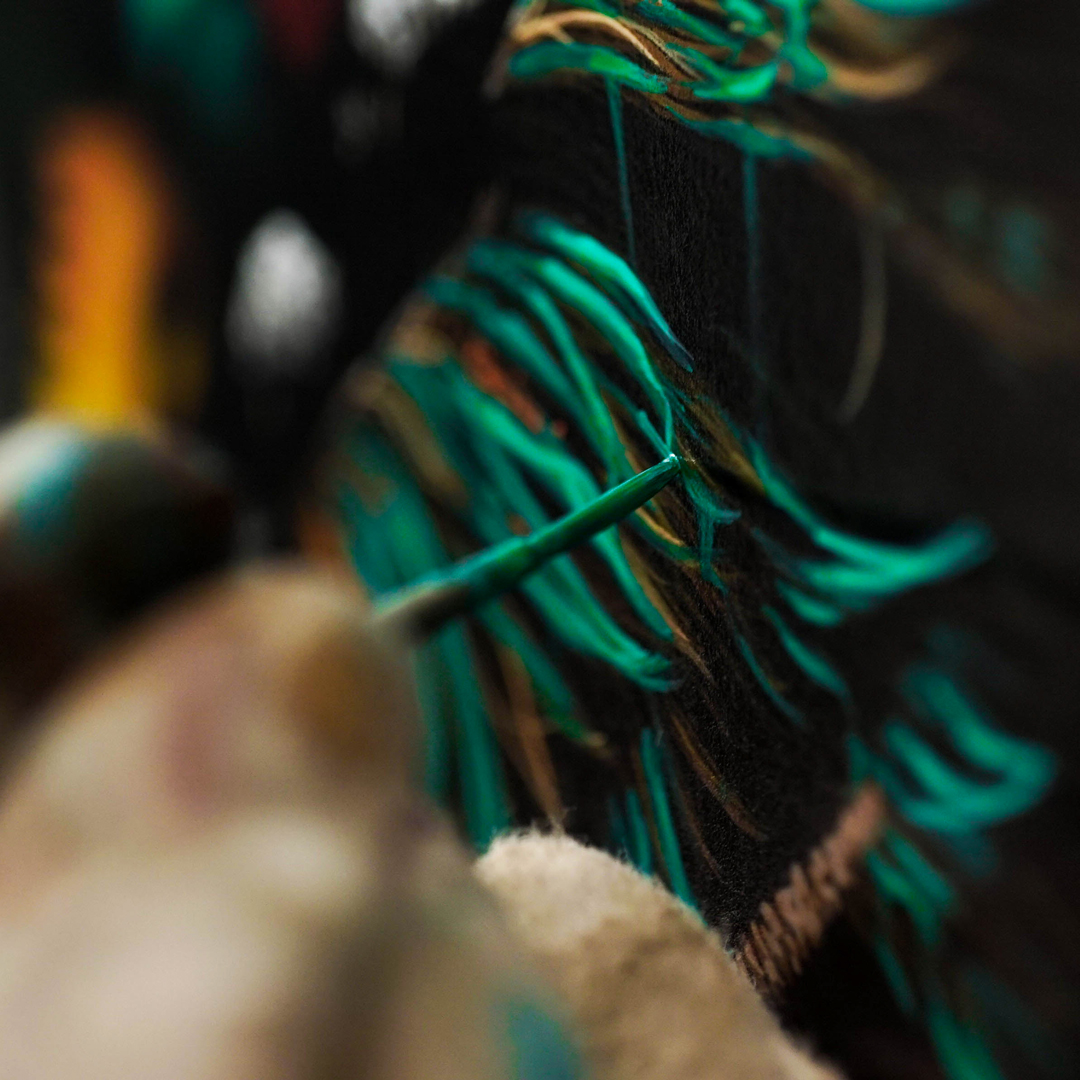 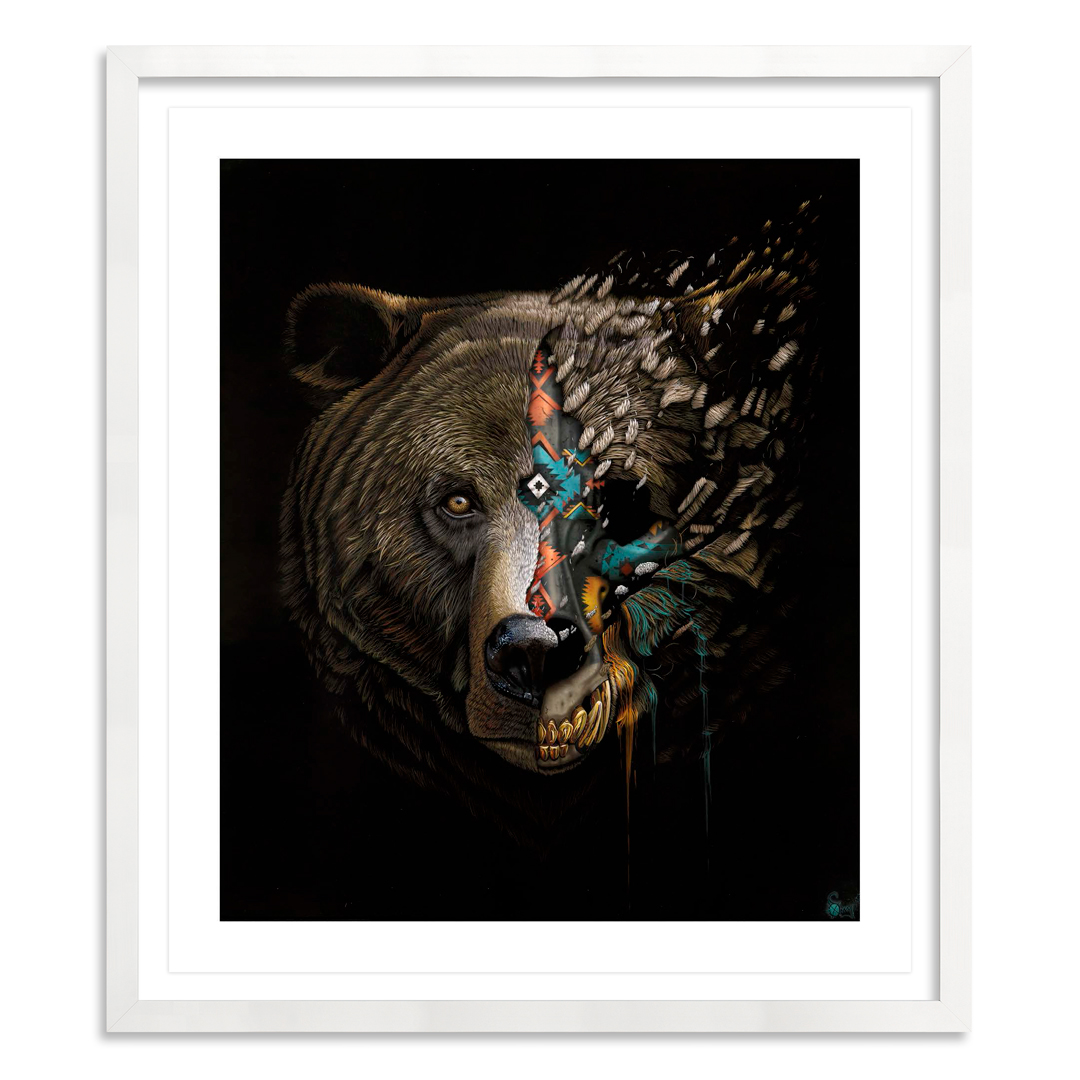 Note: This RUN is uniquely hand-embellished and may vary slightly from the example shown.
"Manipi is derived from Native American language, meaning ‘walking wonder’.  Although grizzly bears have been saved from the brink of extinction in North America, they are still threatened by brutal trophy hunting in some areas.  For each animal in the To The Bone series I wanted to show the animal with its face breaking away to reveal the raw skeleton adorned with ethnic patterns from the animals’ home."  - Sonny
ABOUT THE ARTIST: As one of South Africa’s most exciting young street artists of recent years, British-born Sonny is most well-known for his large-scale murals. A relative newcomer, Sonny’s paintings can already be found in various locations around the world including New York, London, Canada, Russia, Ireland, Miami and South Africa.