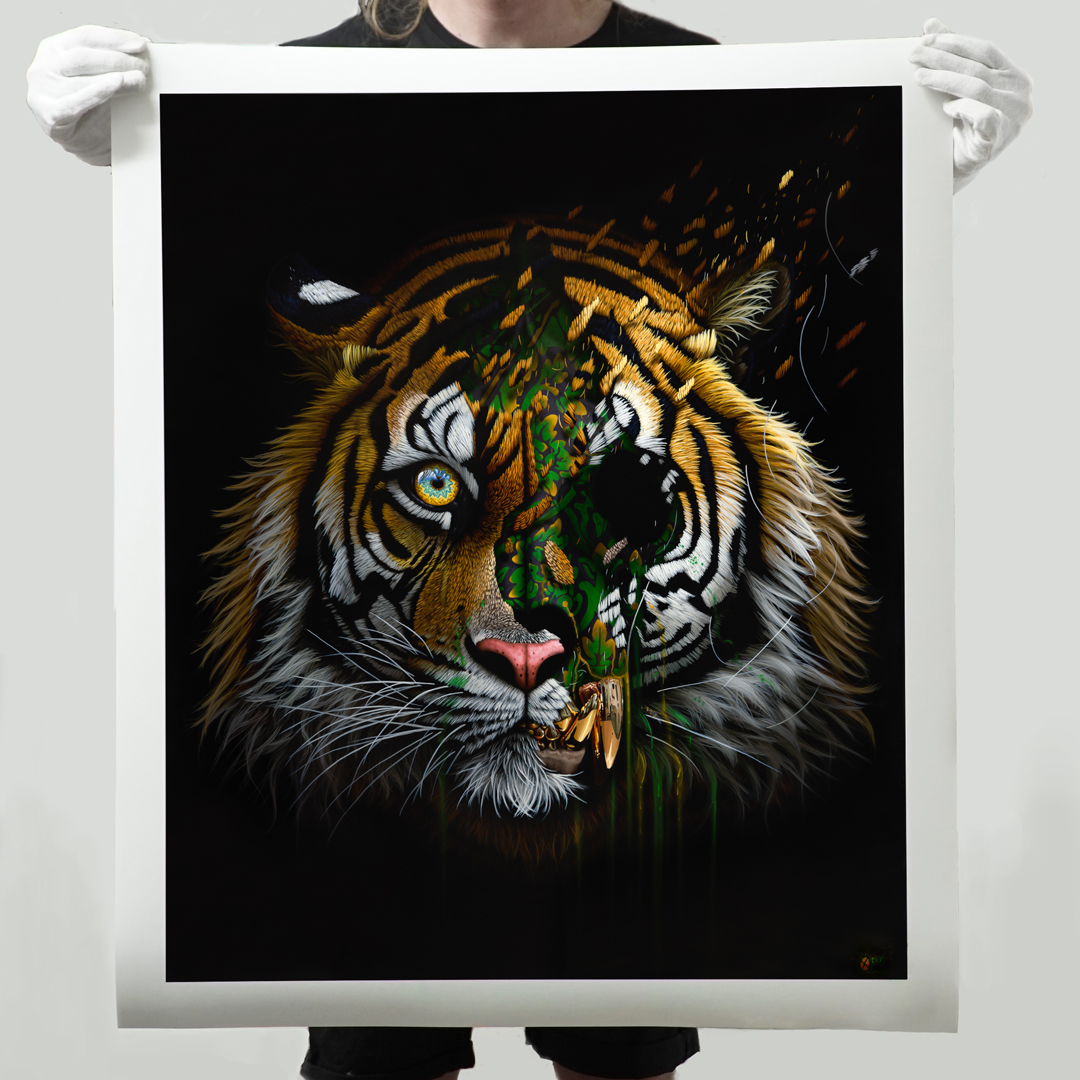 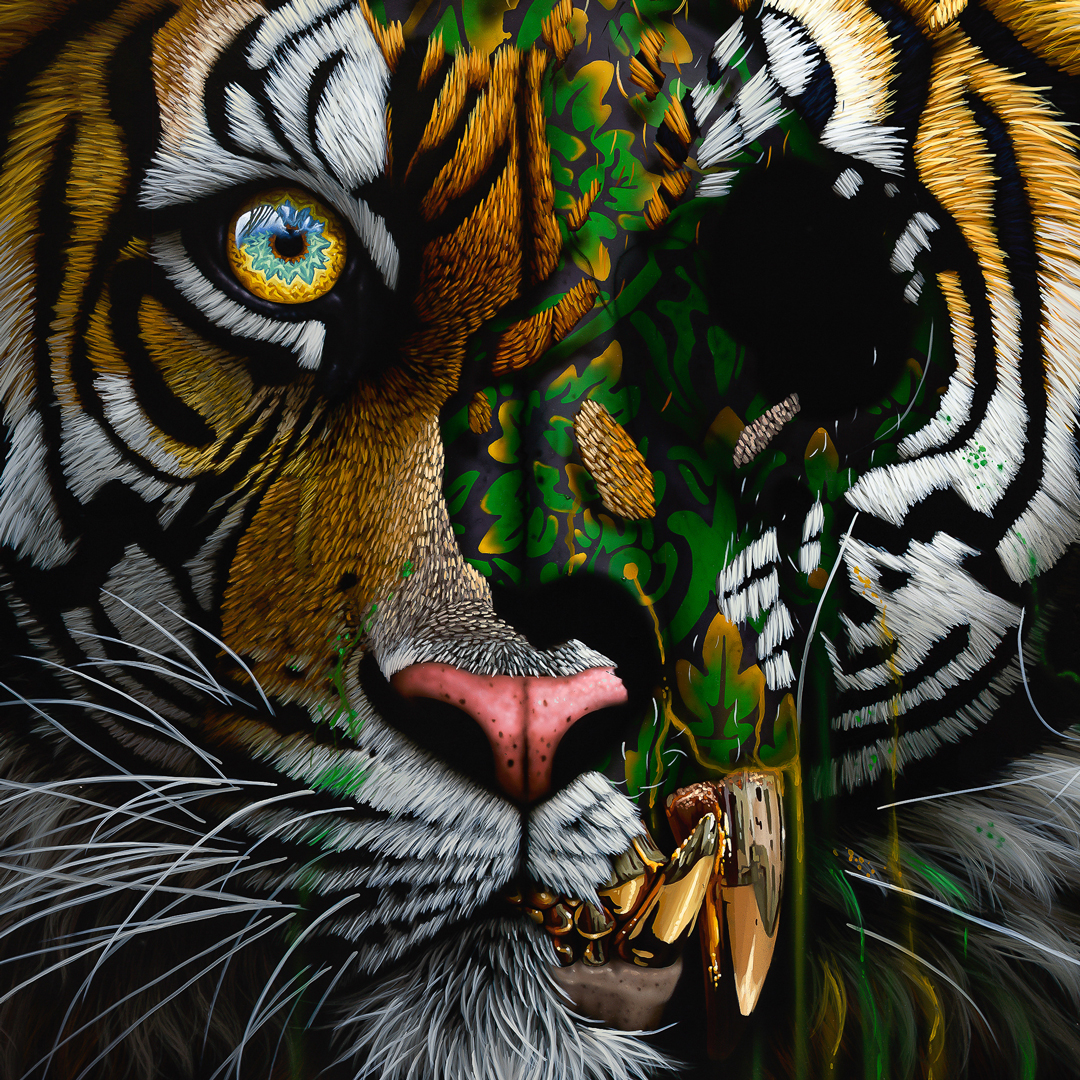 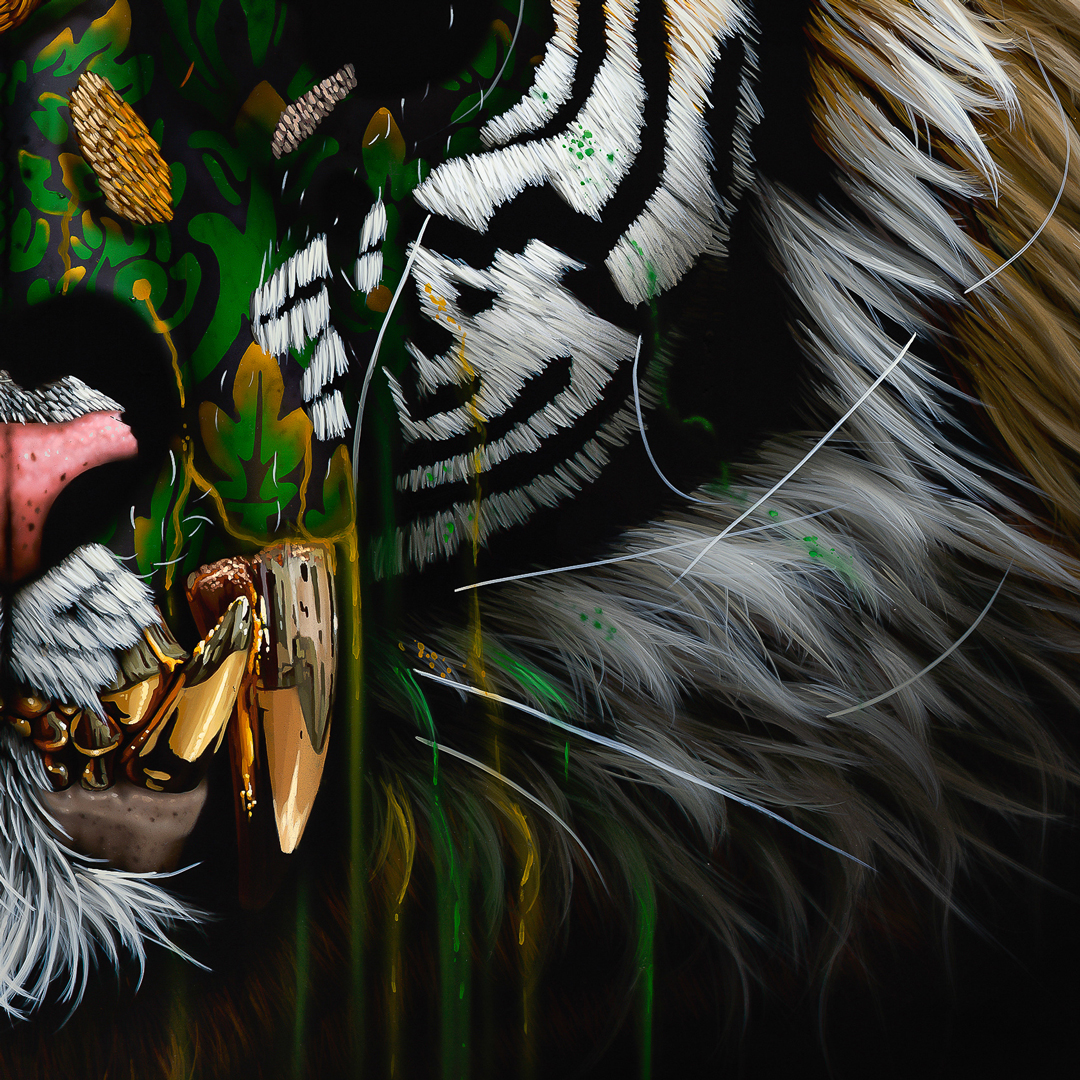 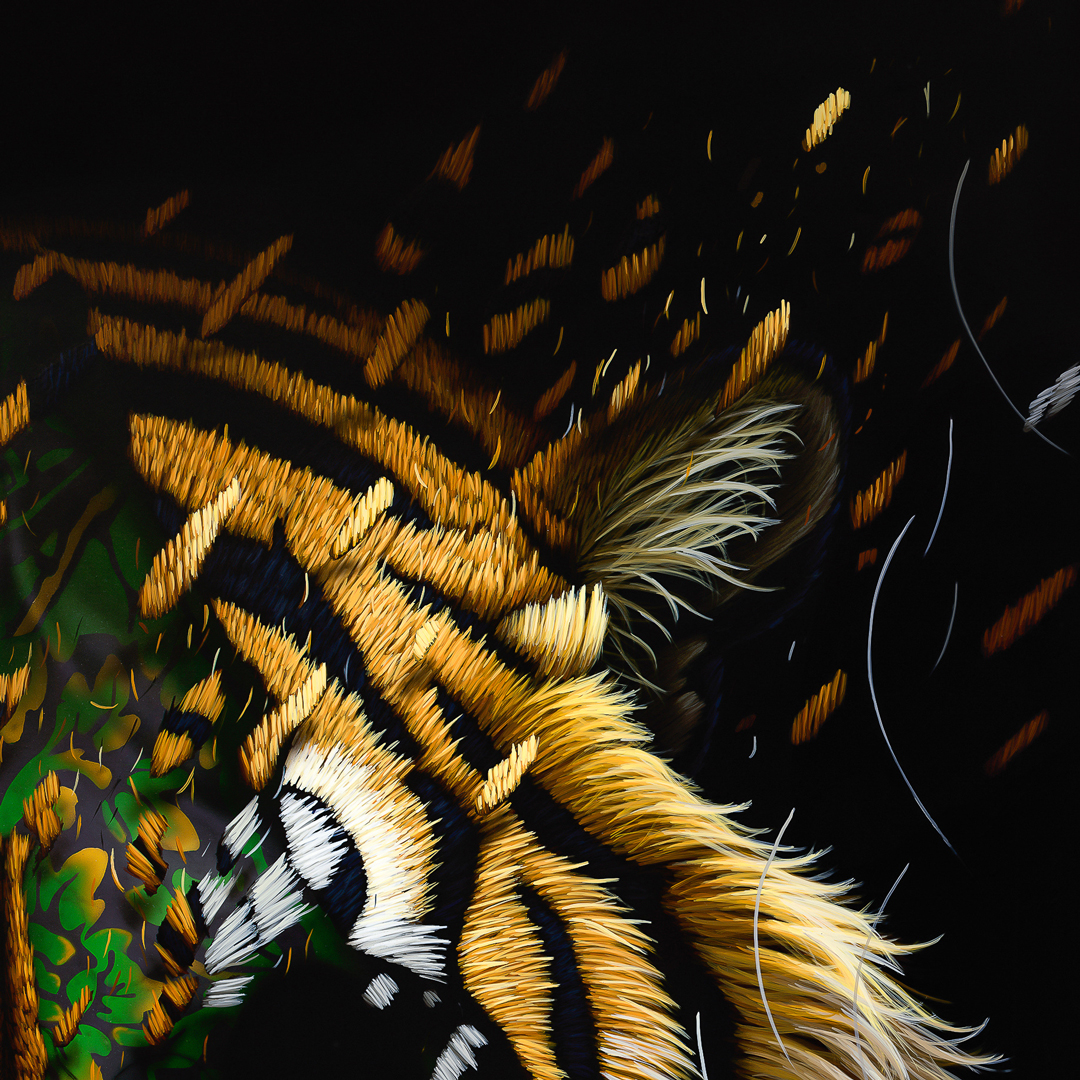 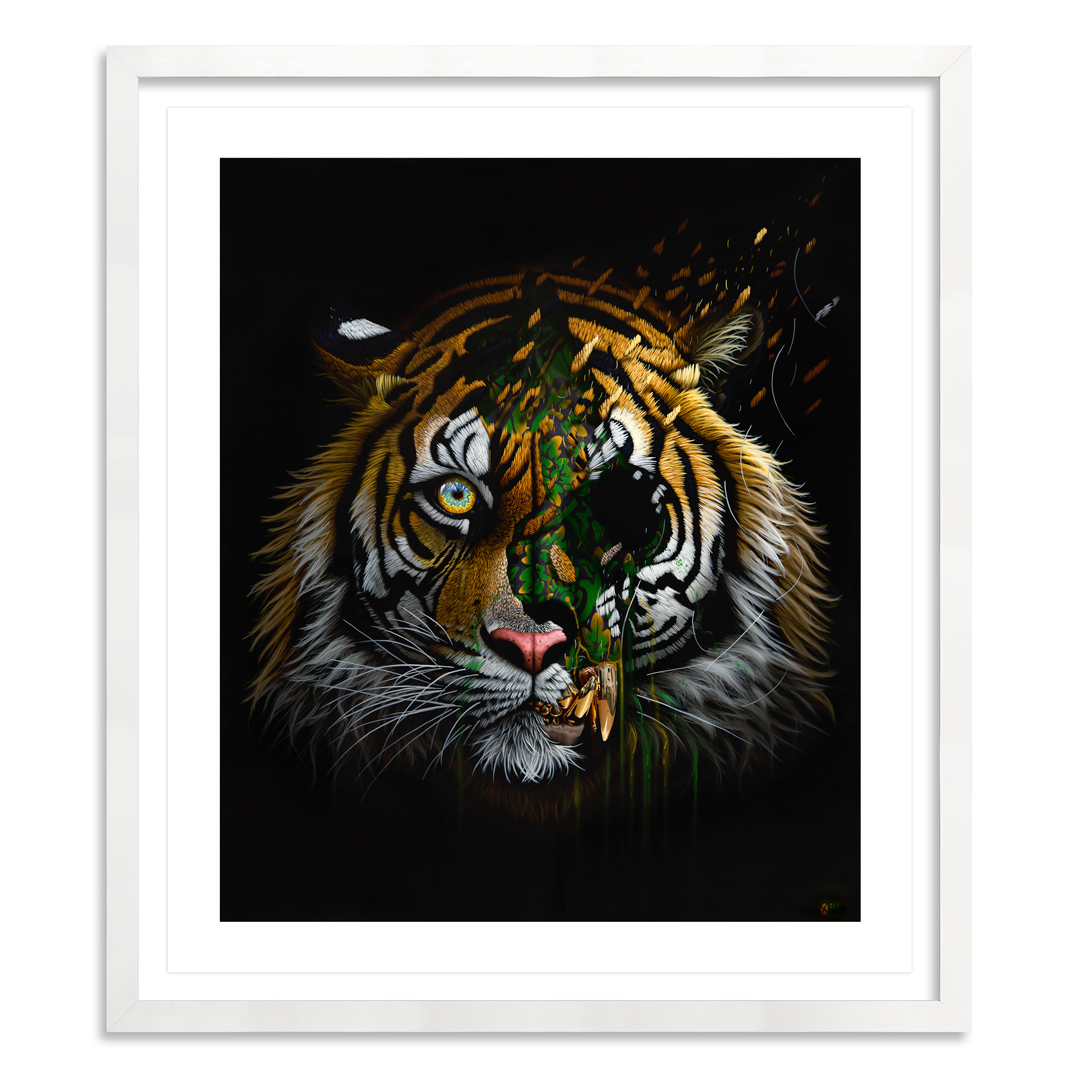 "Saha is derived from Sanskrit, meaning ‘enduring/mighty.  In the last century, we’ve lost 96% of wild tigers. To help make a difference this original painting was auctioned off with 100% of the proceeds donated to Project CAT.  For each animal in the To The Bone series I wanted to show the animal with its face breaking away to reveal the raw skeleton adorned with ethnic patterns from the animals’ home."  - Sonny
ABOUT THE ARTIST: As one of South Africa’s most exciting young street artists of recent years, British-born Sonny is most well-known for his large-scale murals. A relative newcomer, Sonny’s paintings can already be found in various locations around the world including New York, London, Canada, Russia, Ireland, Miami and South Africa.