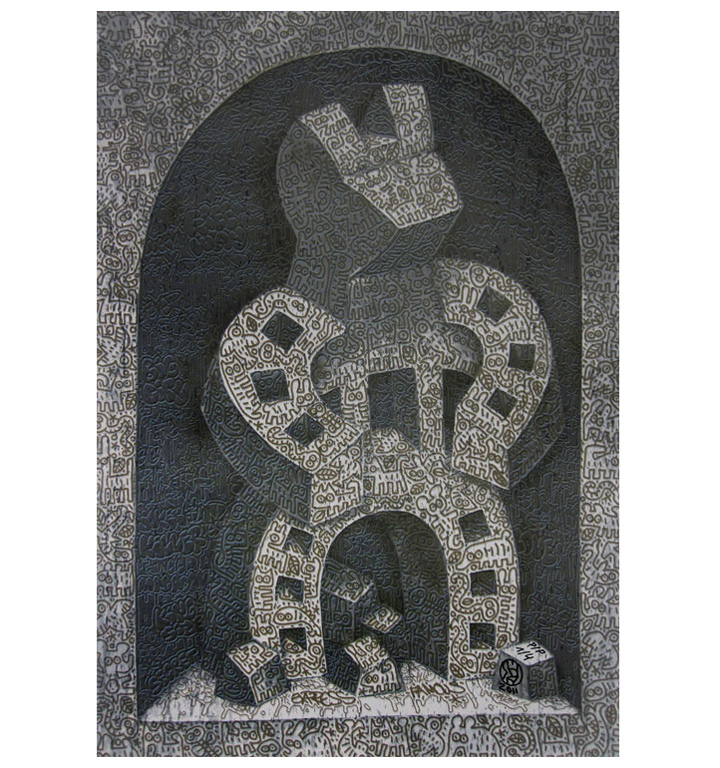 If you have any questions about the prints offered here, please email us at support@1xrun.com or call 313-744-6505.
MORE
ABOUT Speedy Graphito:
Olivier Rizzo alias Speedy Graphito born in Paris in 1961. He was one of the pioneers of the French Street Art movement alongside others like Jérôme Mesnager, Miss Tic

By imposing a powerful, innovative style in the early 80s, Speedy has left his mark on the collective memory of a whole generation. And he hasn't stopped evolving since, always in step with his times, by inventing pictorial languages and codes that are iconoclastic and satirical of our society. His art is part of life itself. His canvasses recount his own story, his encounters, his questioning a world that he invents for himself as he constructs it. His style telescopes graphic universes drawn from popular culture. His work has today become a reference. He is generally looked on as an icon, and his influence on the new generations of artists and current cultural landscape is no longer in doubt.

He takes part in a great many events, like Jean-Michel Jarre's concert at la Défense, the graphic identity of the Halle Saint Pierre, and the logo for the Altair space mission. His works are to be found in private and public collections, and are present in France, Belgium, Los Angeles, and Dubai, among others.
MORE
MORE FROM Speedy Graphito
SOLD OUT
Run of 1
Favorite 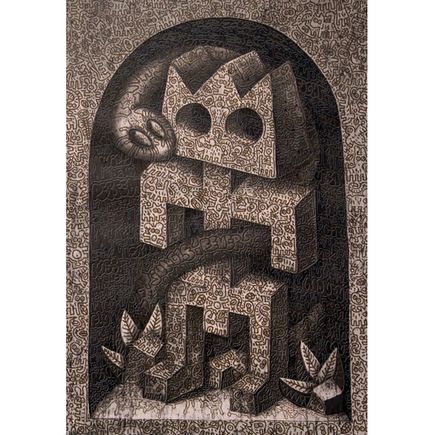 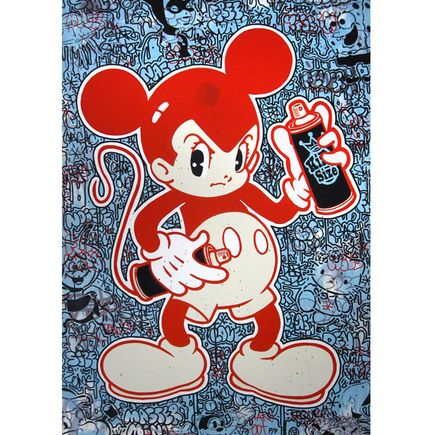