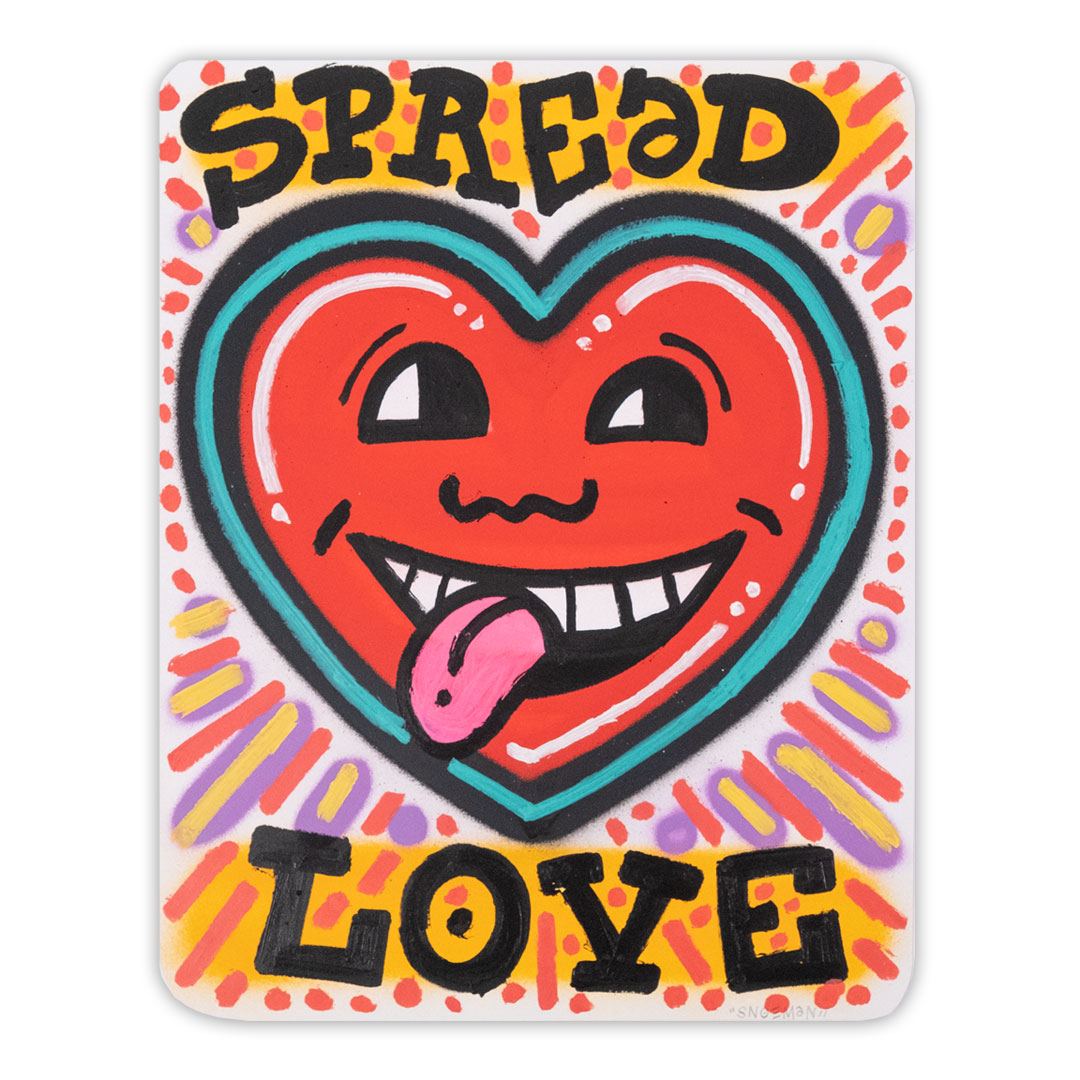 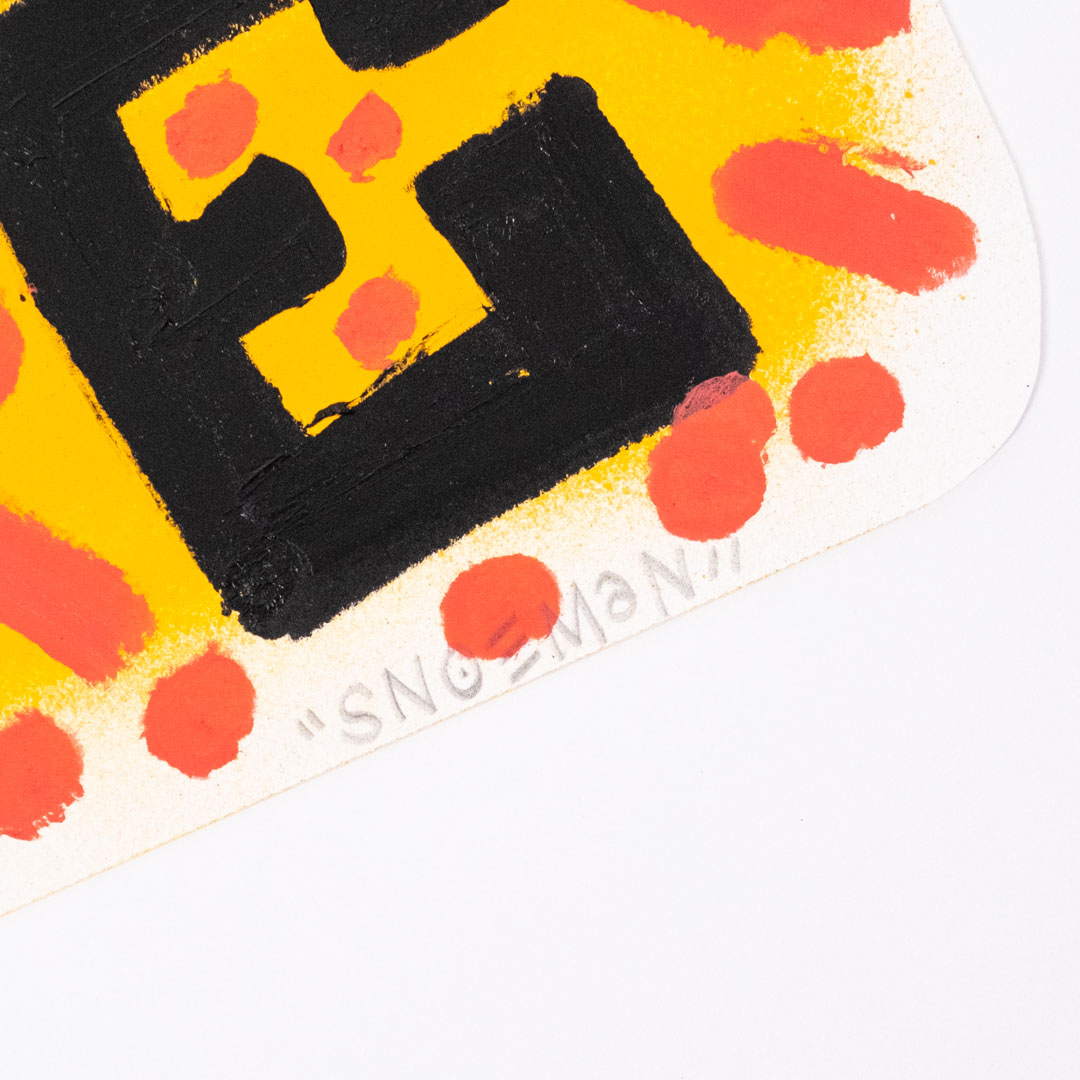 ABOUT SNOEMAN:
Snoeman is a New York City based artist with roots in graﬃti. He works in a wide range of mediums with a focus on aerosol murals and mixed media paintings. Inspired by the city, he has become known for his gritty aesthetic and raw depictions of quintessential New York people, places and things. His work can be seen in one form or another in cities around the world.

He has been an artist all his life, and a graﬃti artist working with spray paint for more than twenty years. In 2014 he painted his first significant mural: a life size bodega in Chinatown NYC, alongside the 'Greetings Tour’ CHINATOWN mural. He followed this with a series of small illustrations on paper of bodegas and other New York City themes. In 2017 he released his first artist prints. In the summer of 2019 he created a pop-up installation at ‘Beyond the Streets NYC’ inspired by New York City street vendors. The installation was a realistic set up made of folding tables, a 10 x 10’ canopy tent, tapestries, beach chairs, milk crates, plants, model trains and a 10’ tall hand painted mural backdrop. His original paintings, prints, custom airbrushed and screen-printed teeshirts, hand painted sneakers and custom embroidered hats were for sale. Throughout the four day pop-up, the installation featured guest artists and a live set by DJ Evil Dee.

In the summer of 2020 he started making protest posters, and eventually teamed up with the incredible artist Maya Hayuk to make them in mass quantities. Each sign was hand painted and double sided. They were painted on the roof of her studio in Brooklyn, and given out to protestors who came to pick them up. They made thousands of posters over that summer.

In January 2021 he got an artist’s residency in a vacant school building in Harlem. Prior to that he had been working either outdoors or in his apartment studio. He starting making large storefront paintings, experimented with new techniques using brushes, paint sticks and spray paint. He added texture and loose line work which was diﬀerent from the smaller, tighter illustration style he had done previously. Using this new work, he had his first solo exhibition ‘New York Love’ at N°53 Gallery in East Hampton, NY. that opened on May 28th, 2021. He also showed two large paintings in the ‘Beyond The Streets on Paper’ exhibition at the Southhampton Arts Center in July, 2021.

Aside from the gallery work, he began making and applying colorful hand painted posters with messages like “Spread Love” and “Do The Right Thing” to bodegas and storefronts throughout the city. The handmade posters took his longstanding connection with storefronts to another level and brought his work full circle. The colorful, uplifting graﬃti-influenced posters allowed him to bring his work out of the studio and incorporate them with the storefronts that inspire him with the hope of inspiring and uplifting others. The ‘Spread Love’ heart paintings are an extension of this poster campaign. The works are similar to those that are on display in the street, but are made on fine art paper. 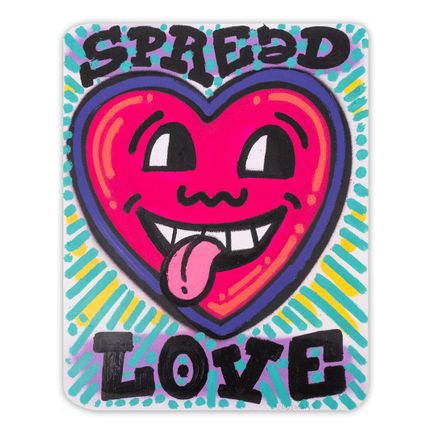 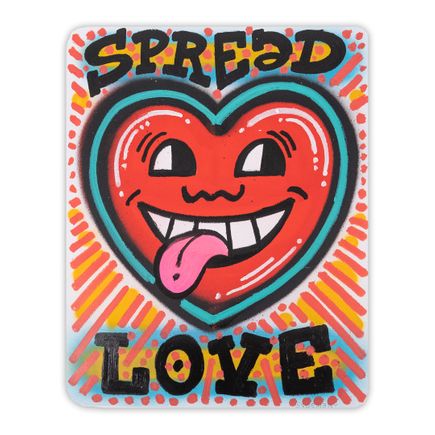 SNOEMAN
Spread Love - I
SOLD OUT
Run of 1
Favorite 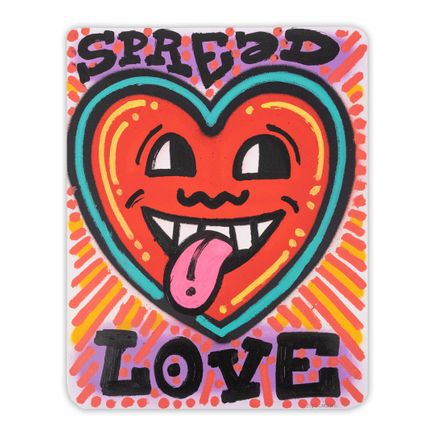 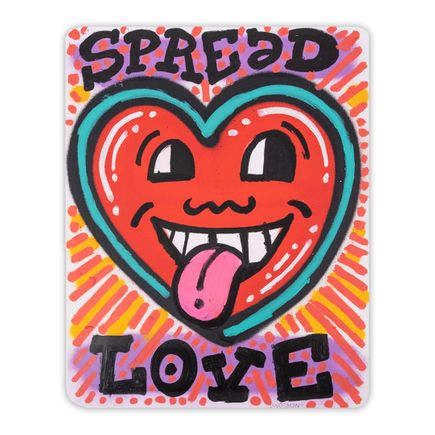 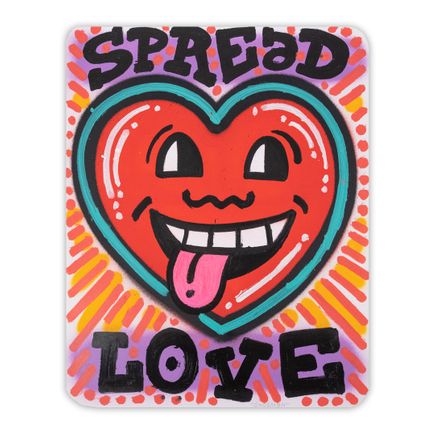 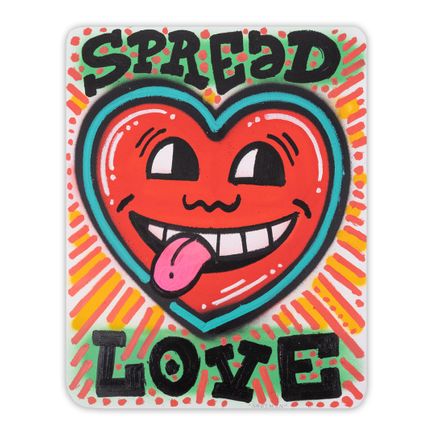