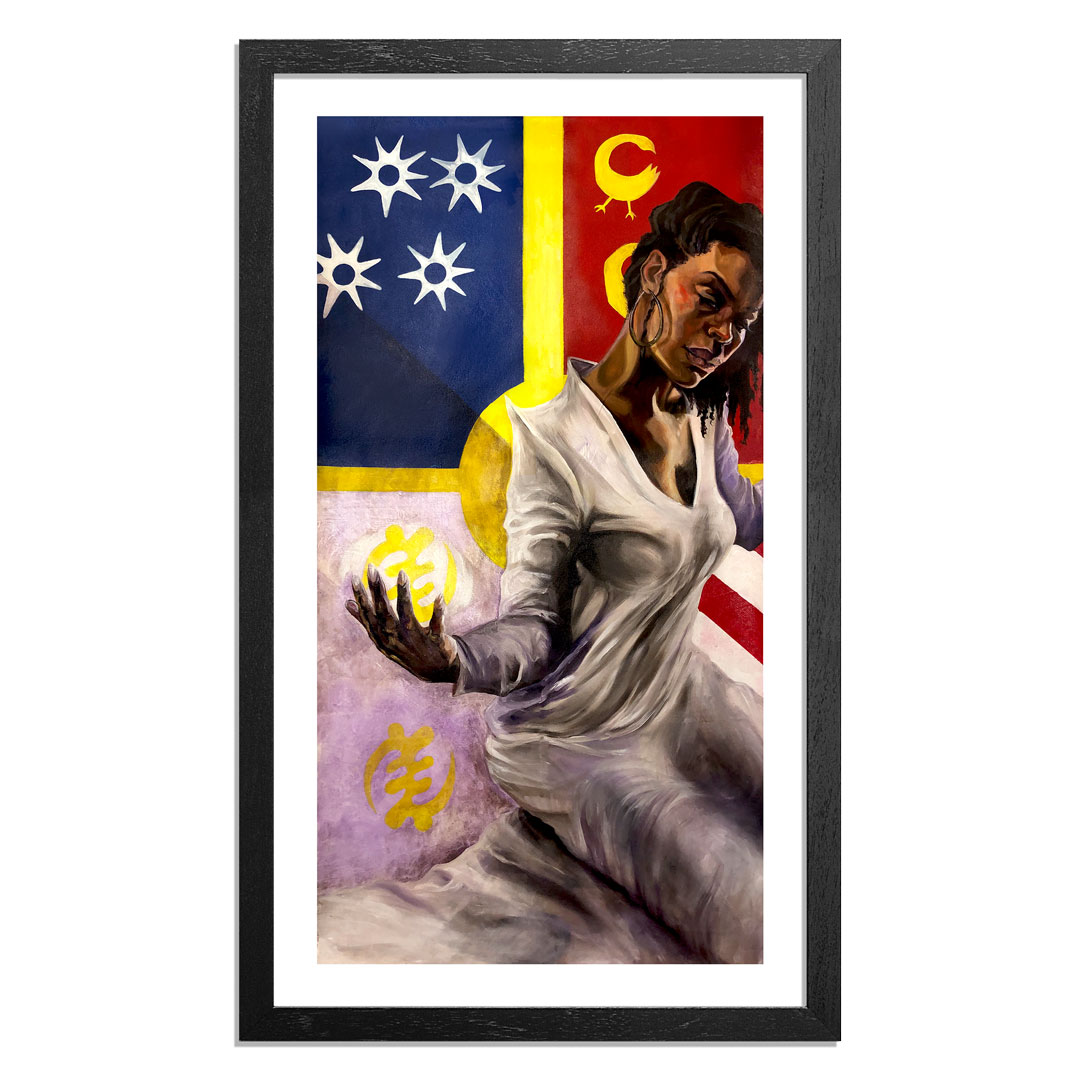 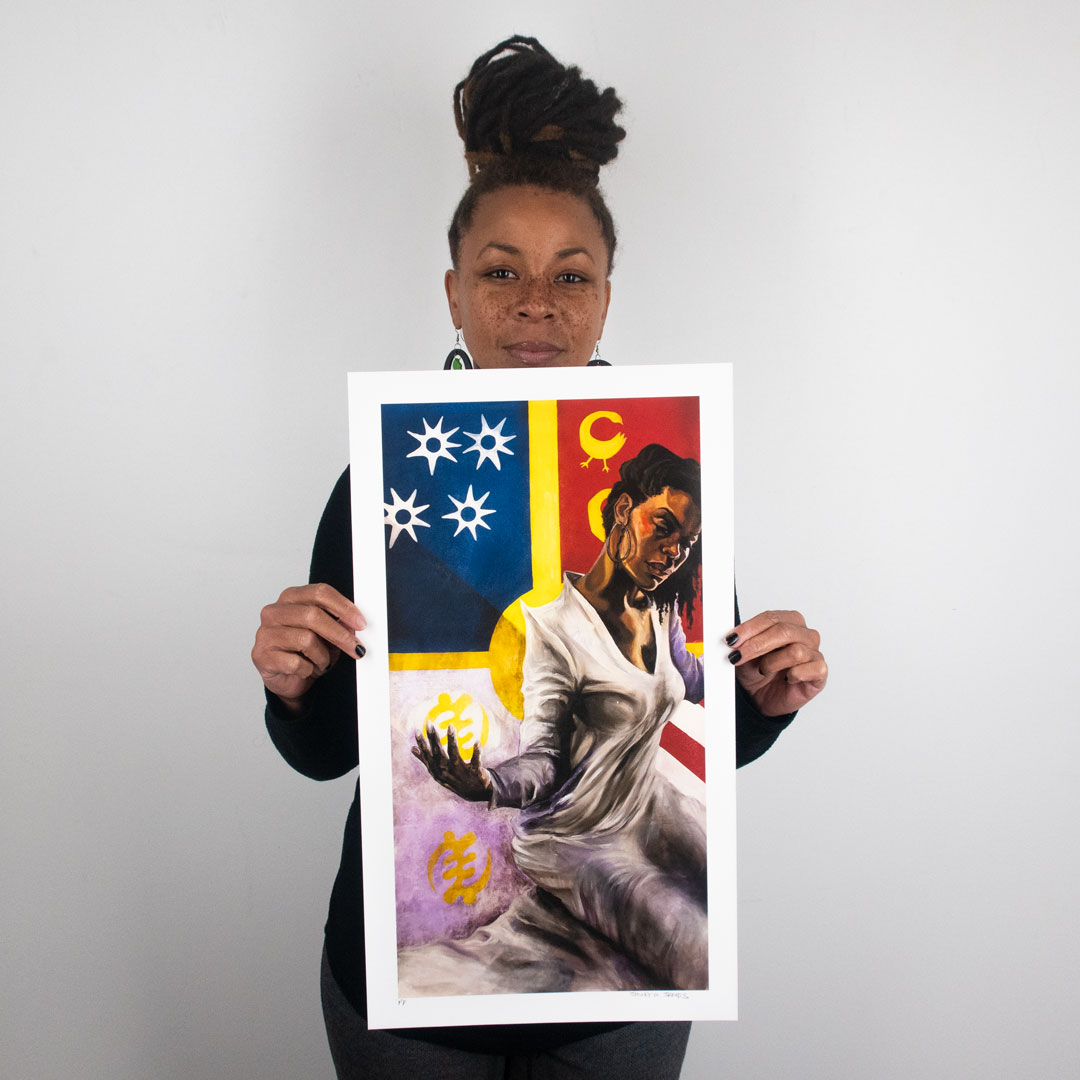 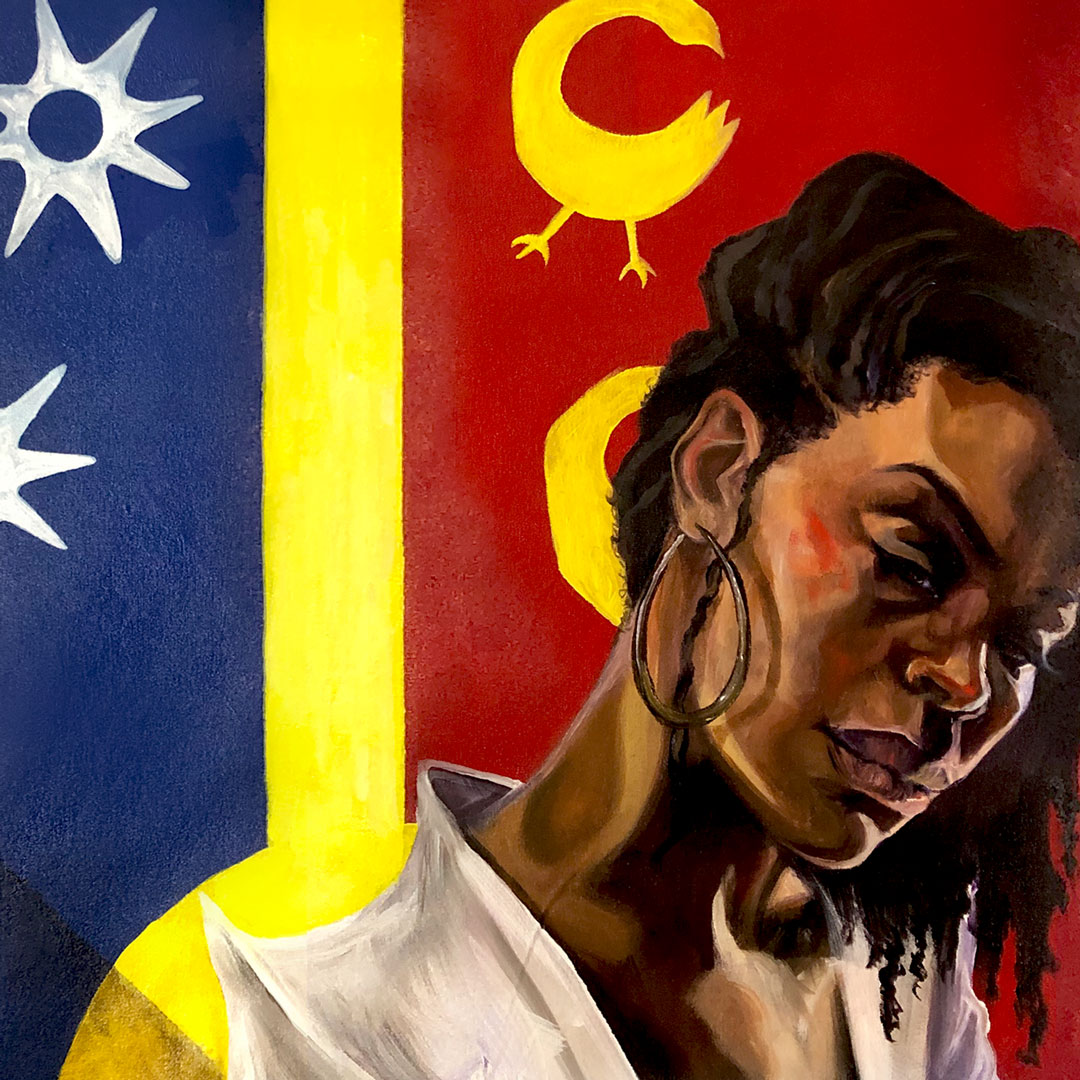 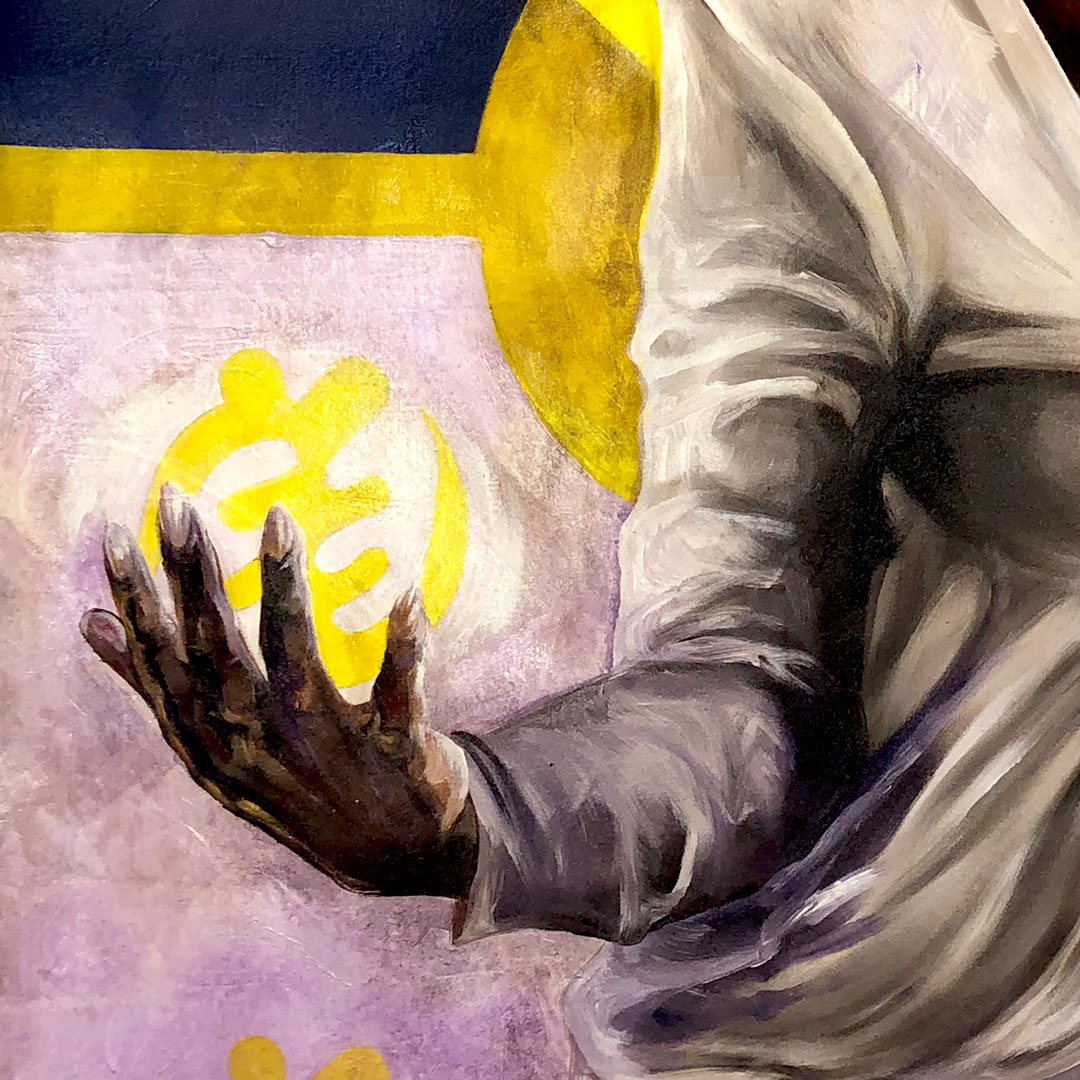 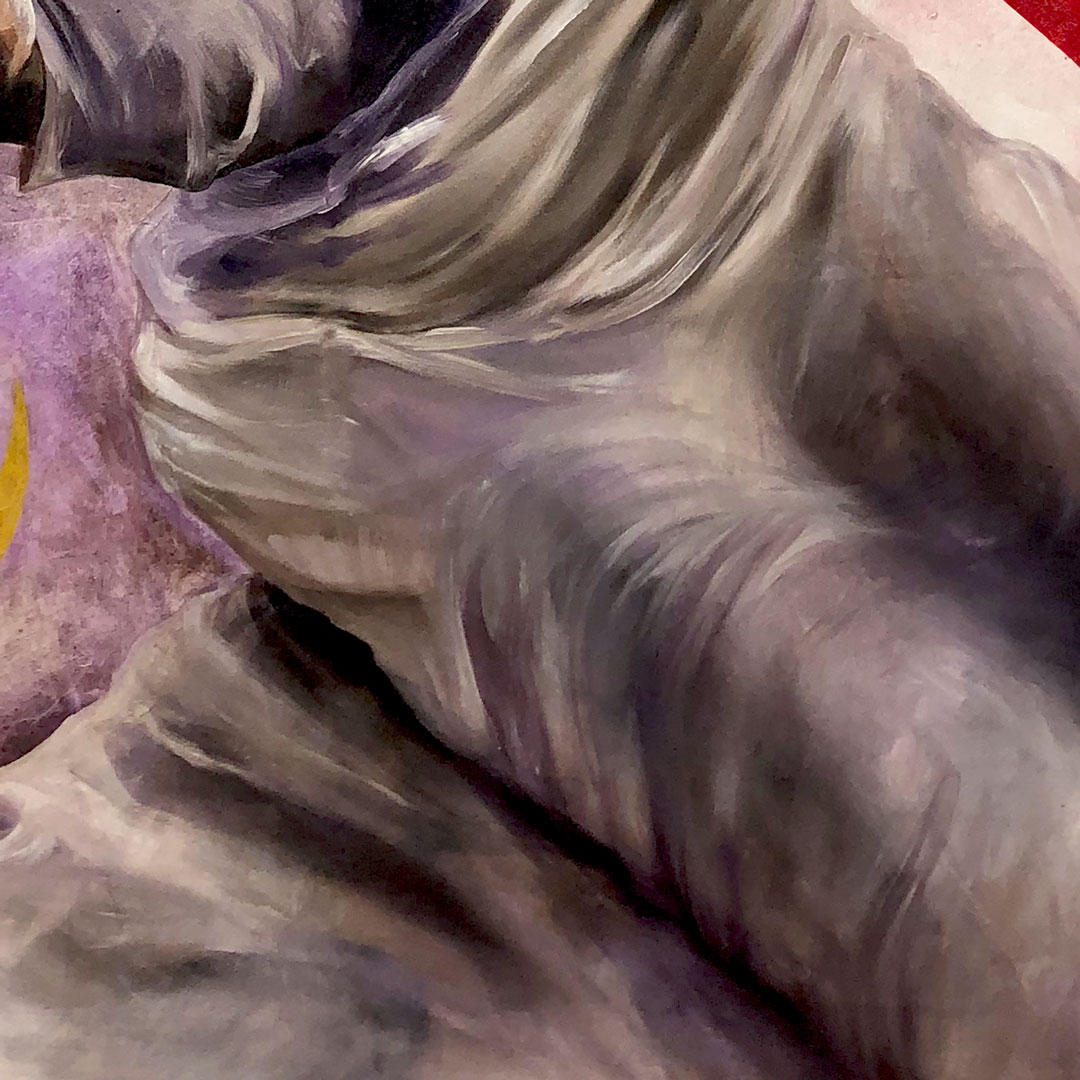 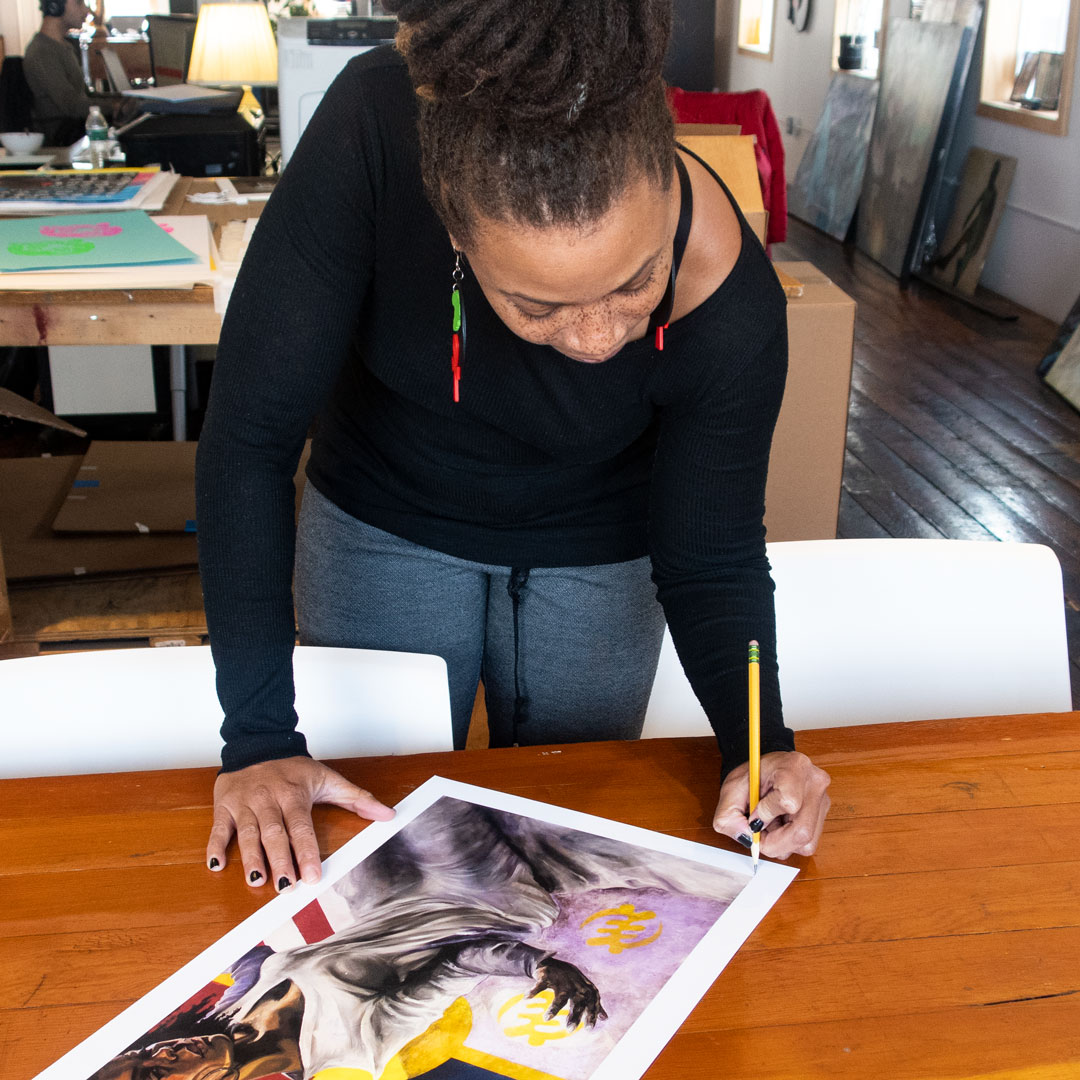 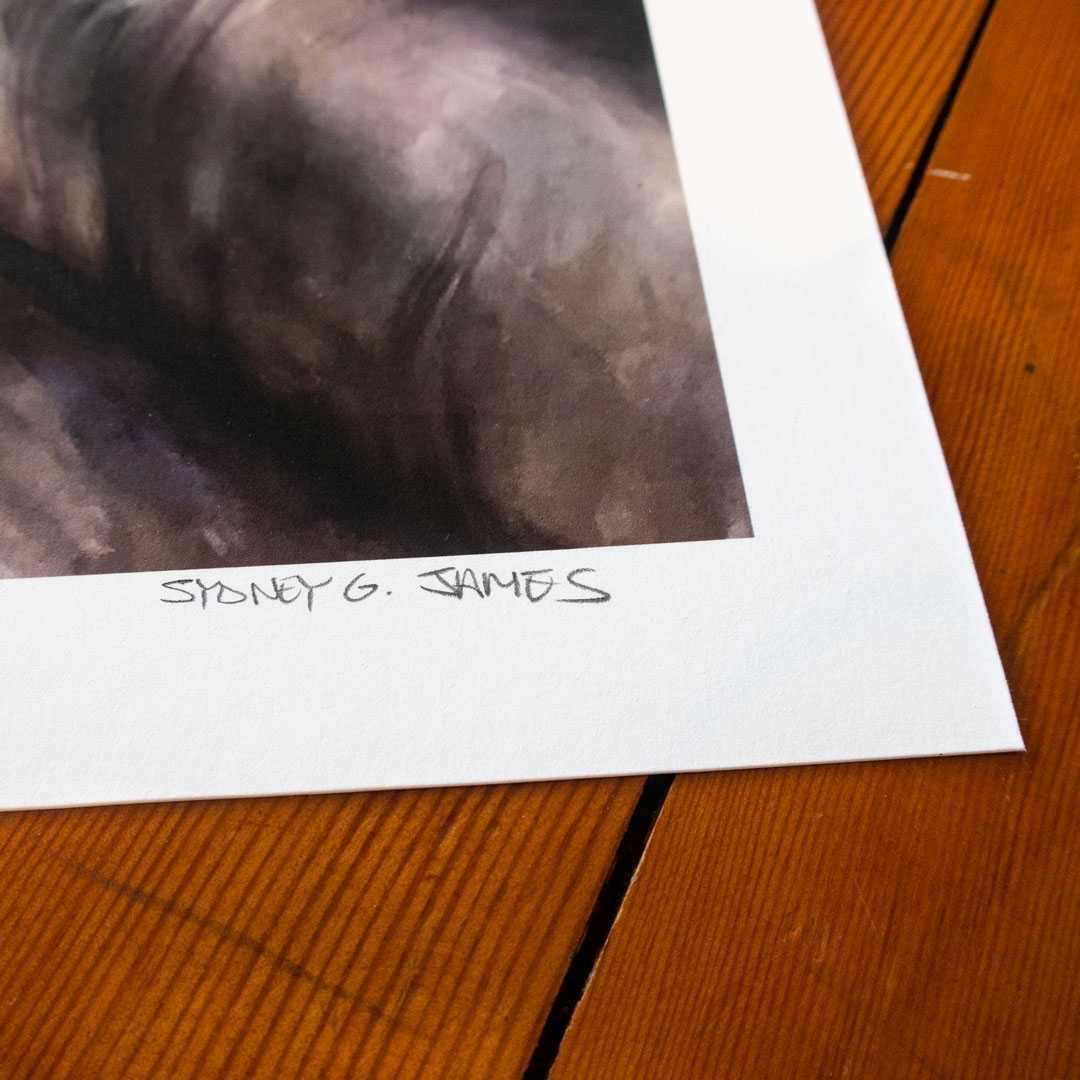 ABOUT Sydney G. James:
Brushstrokes that seem to be aimless lines to anyone watching Detroit native, Sydney G. James, paint are the beginnings of what will become rich, emotional portraits. Deep hues, and complex layering created with the use of acrylics, oils, pastels, graphite, and other mediums, have become signatures of her work portraying familiar, friendly and familial faces. Enchanting. Hypnotizing. Disarming. Meaningful. These are the words Sydney “creates” by. Redrawing characters from coloring books as a 3-year old artist, family road trips, the mourning of her late father as a teenaged girl, witnessing her mother’s grief, mortifying break-ups with boyfriends, arguments and triumphs with her sisters, are all memories that Sydney chooses to let cloak her. Out of those memories, and new life experiences, her artwork is conceived and born.