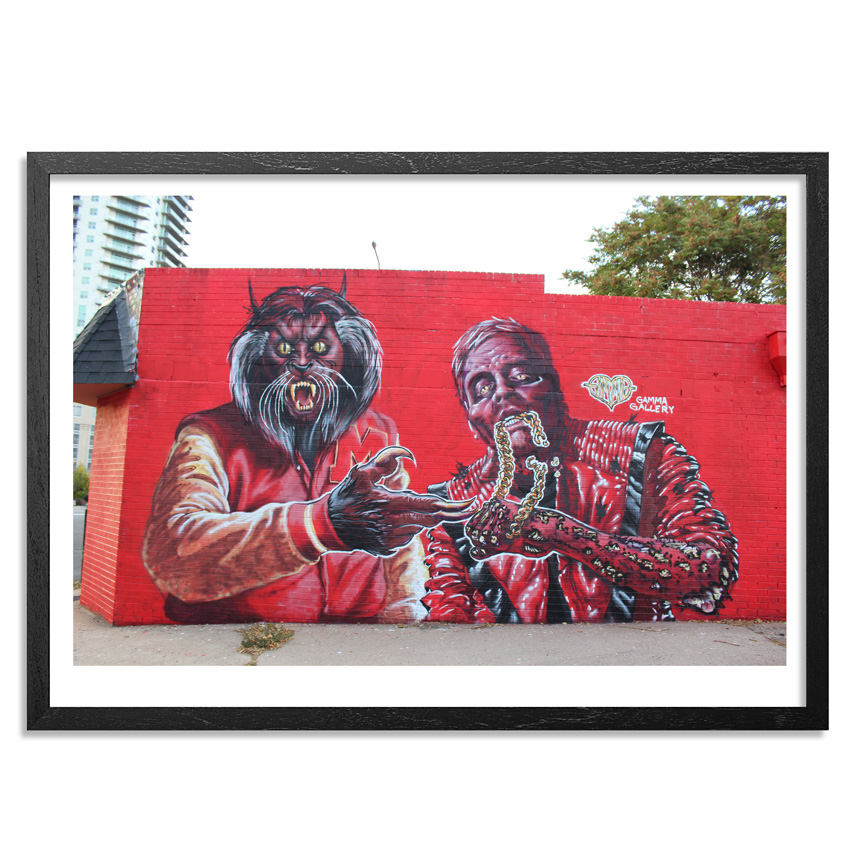 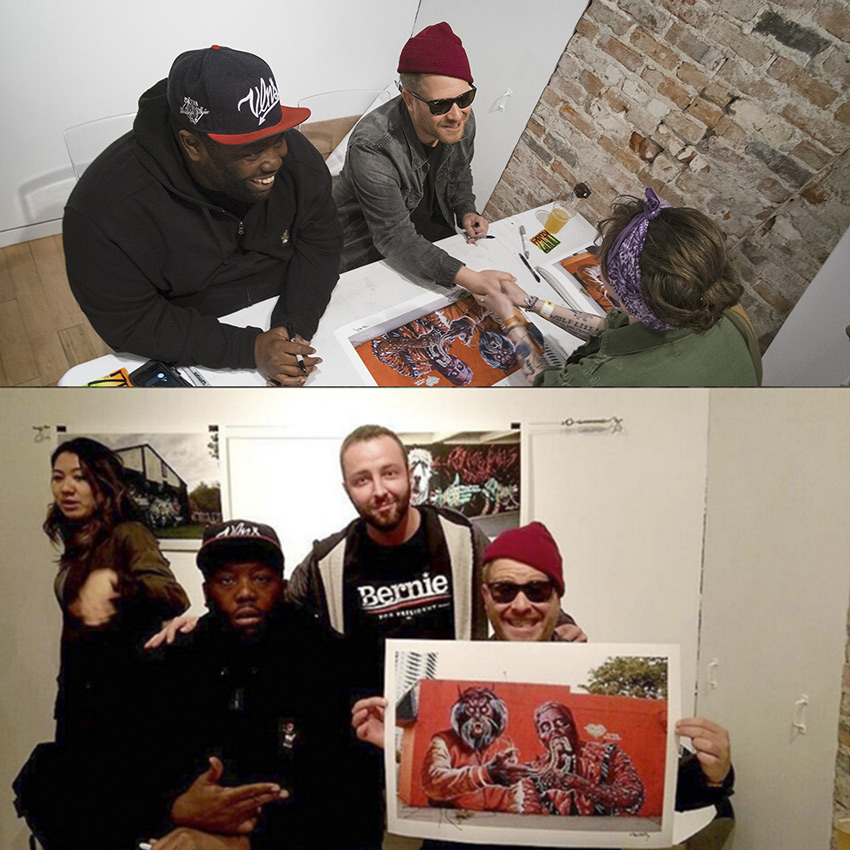 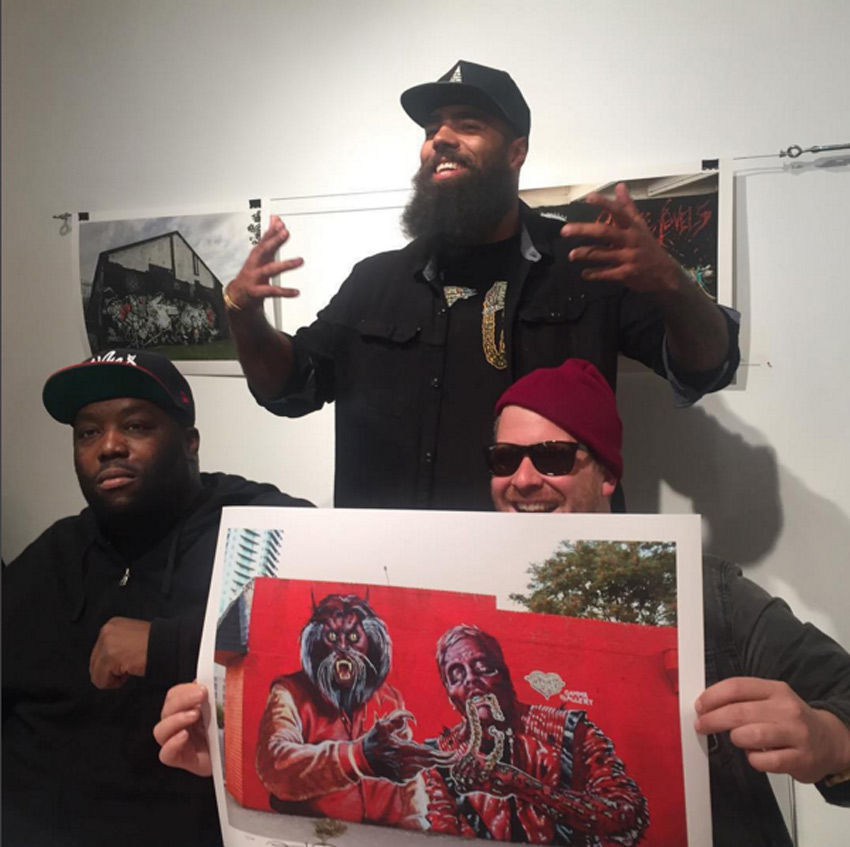 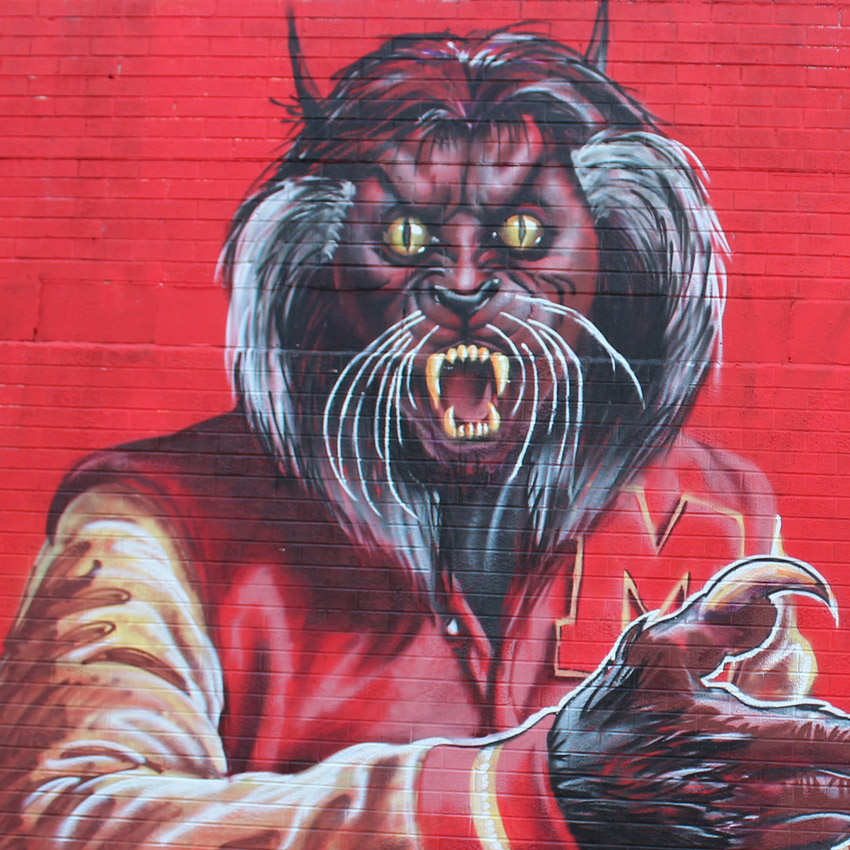 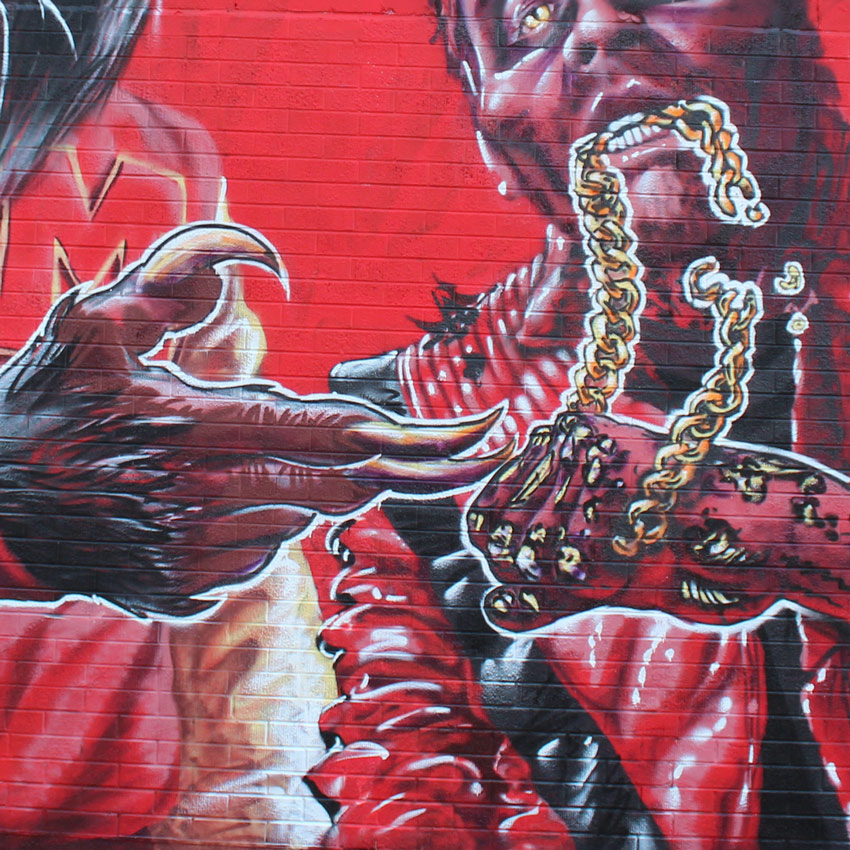 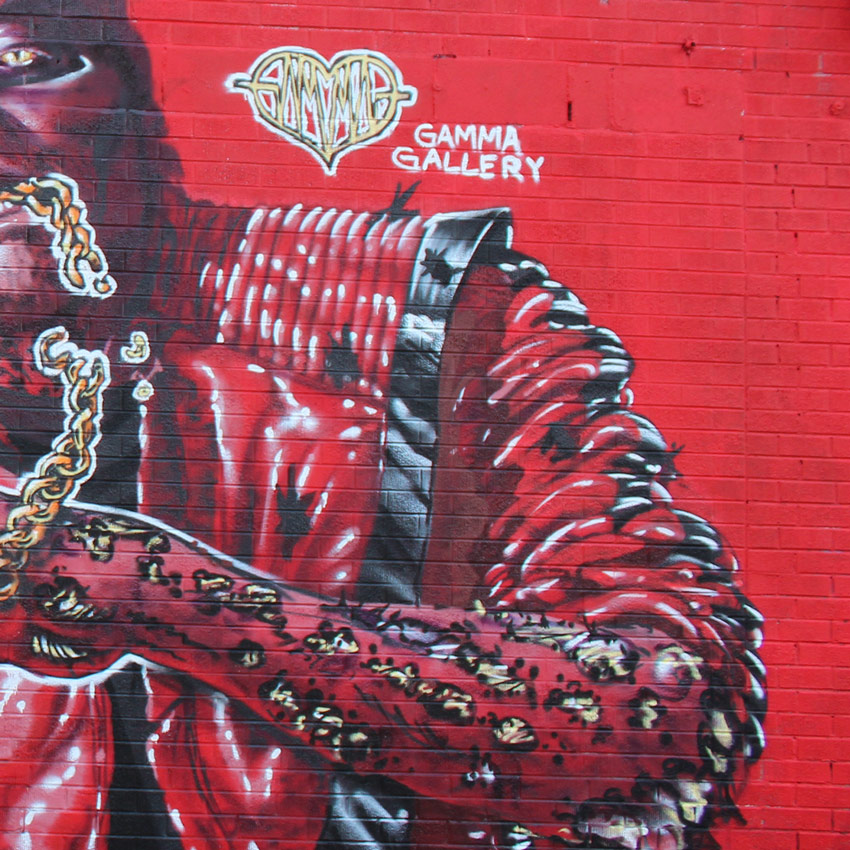 The mural in this piece was originally created by Gamma Gallery as part of the massive #tagthejewels campaign. This extremely limited edition celebrates the 1 year anniversary of Run The Jewels 2 and is signed by Run The Jewels Killer Mike and EL-P.
Over the past year the duo from Run The Jewels have been touring relentlessly in support of their recent album Run The Jewels 2, crushing music festivals throughout the world with performances at Bonnaroo, Glastonbury, Pitchfork, Lollapalooza, Austin City Limits and FYF. Top that off with marquee performance at Banksy’s Dismaland and a massive throwdown with TV On The Radio on Late Night With Stephen Colbert and Run The Jewels have been going non stop since releasing Run The Jewels 2 one year ago.
With killer live performances and a contagious energy in their studio, Run The Jewels become countless artists new go-to music for inspiration. Nowhere is this inspiration clearer than in #TagTheJewels. To date more than 40 artists have created Run The Jewels themed murals for #tagthejewels including 310, Andrew Spear & Mathew Curran, Artez, Ashley Montague, Bier en Brood & Kinos, Binho Ribeiro, Chase312, Conform, Crap, Crack, Esko & Myne, Dasic Fernandez, Dilom, Frop & Muso, Gamma Gallery, Gorellaume, Gus Cutty, HAM? , Harsh Raman, Jon5, Julien Guinet, Katun, Kid Kreol & Boogie, Lookatart, Low Bros, Luca Zamoc, Matthew Dawn, Mila K, Ortsa & Eder, Owen Dippie, Ox, Oz Montania, Putos, Sean Penncils, SeeOne, Senzo & Abid, Sepe, Seven (ABS CREW), Sofles, Statik & Cujos, Sweet Damage Crew, Tuts and Uduak Akpan Samuel. The campaign has reached around the world with huge pieces on the streets of Los Angeles, Jakarta, Chicago, Paris, Sao Paolo, Lagos, Auckland, Warsaw and New Delhi, just to name a few.
Curated by FatCap’s Anne-Laure Lemaitre #tagthejewels spreads across 6 continents and showcases a diverse group of artists who were invited to remix the group’s iconic album cover art – two opposing hands, one forming a gun, the other holding a chain. The artists were given a very simple brief and the freedom to express their own unique interpretations of Nicholas Gazin’s original artwork. Tag The Jewels is the first global installation of its kind.
MORE
ABOUT Run The Jewels:
Run the Jewels is an American hip hop supergroup, formed by New York City-based rapper-producer El-P and Atlanta-based rapper Killer Mike in 2013. They released their eponymous debut studio album, Run the Jewels, as a free digital download in 2013. The highly acclaimed album was followed by Run the Jewels 2 in 2014, which was also praised by critics.