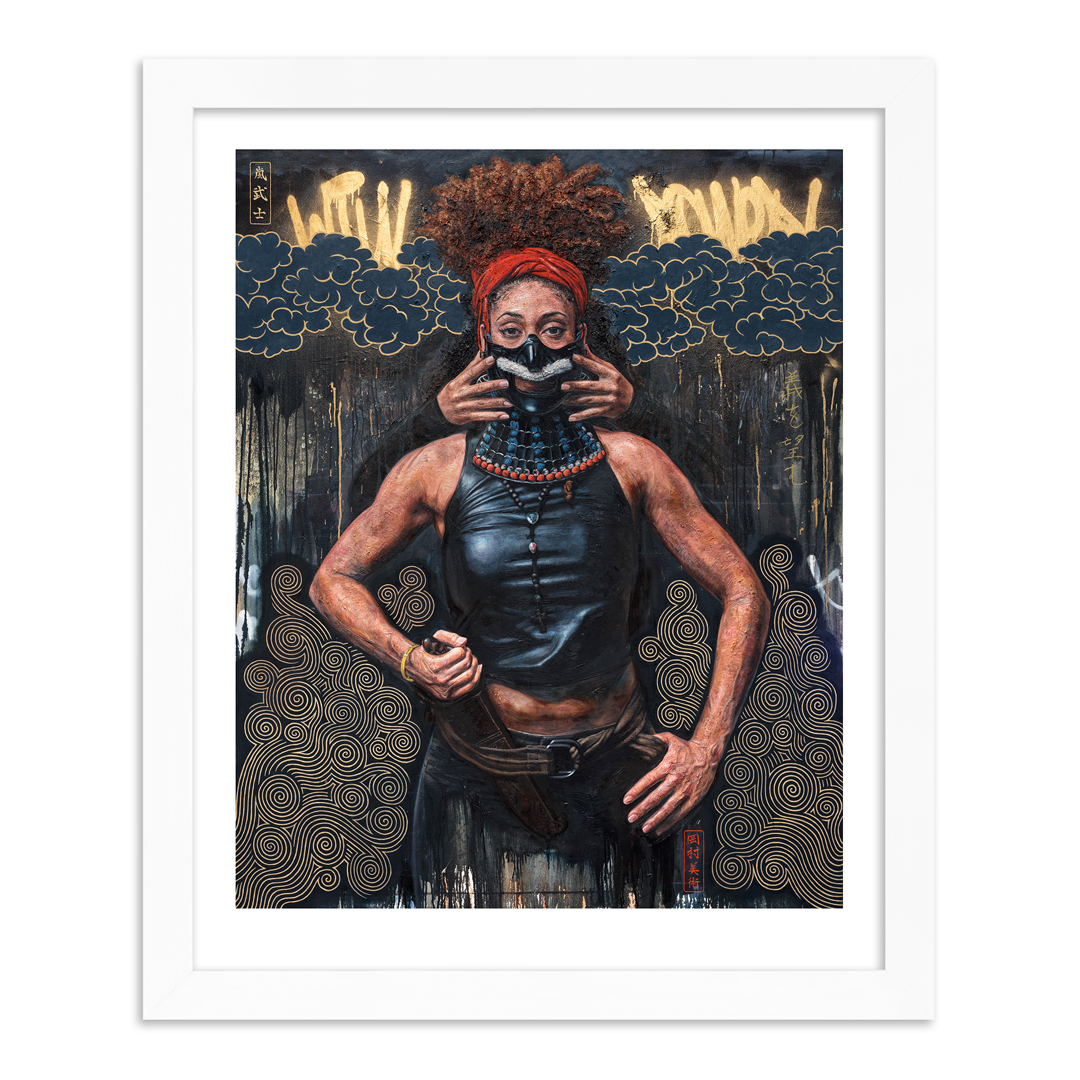 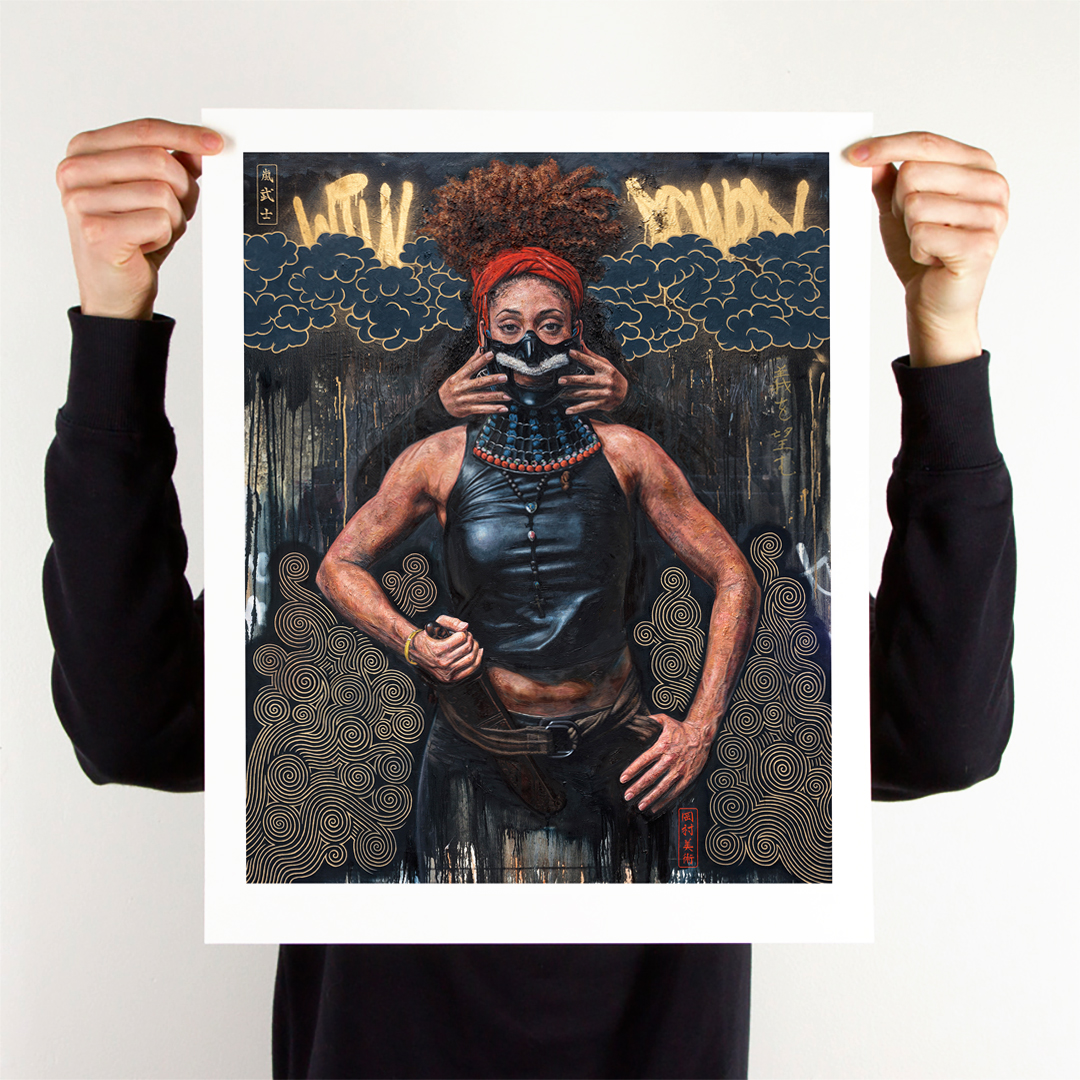 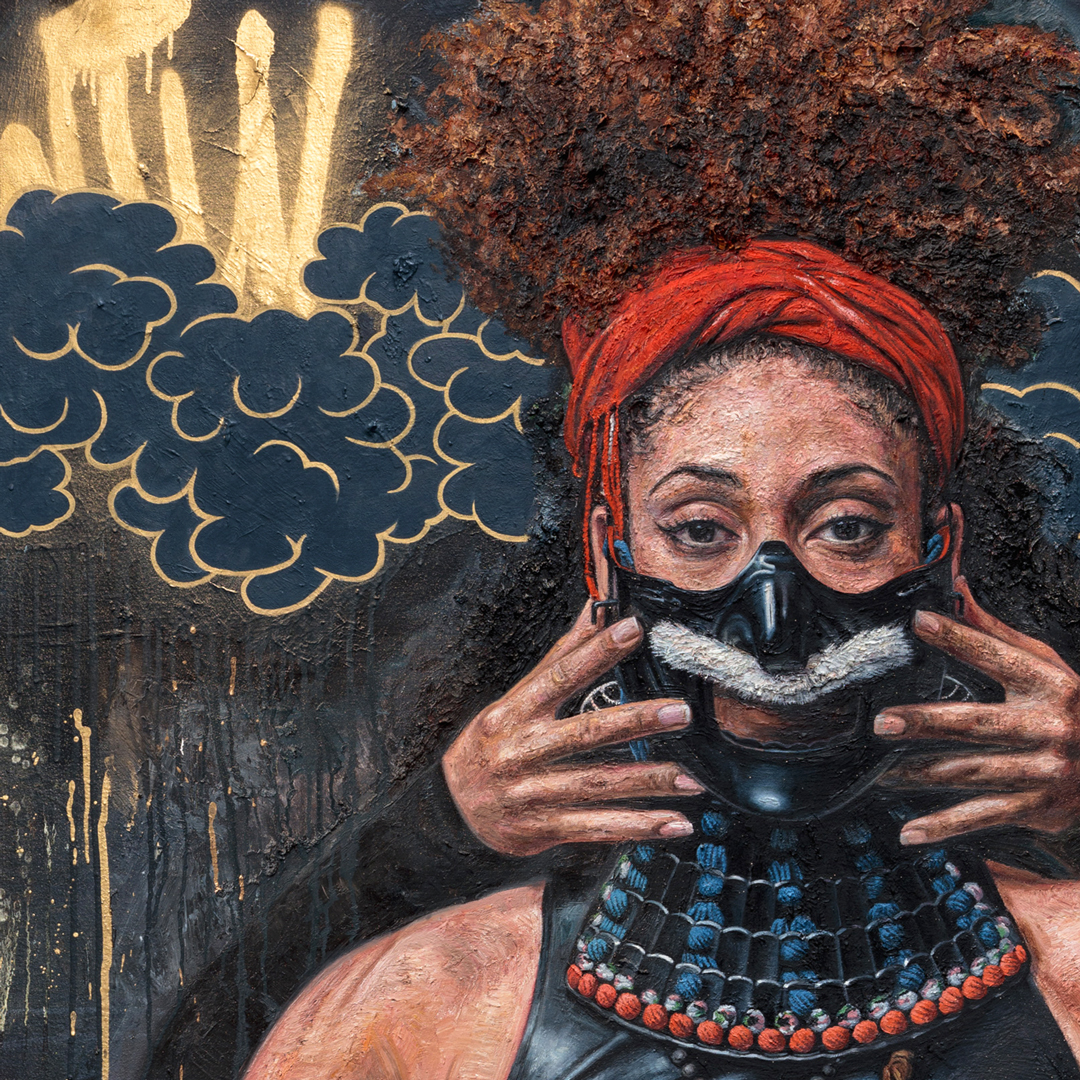 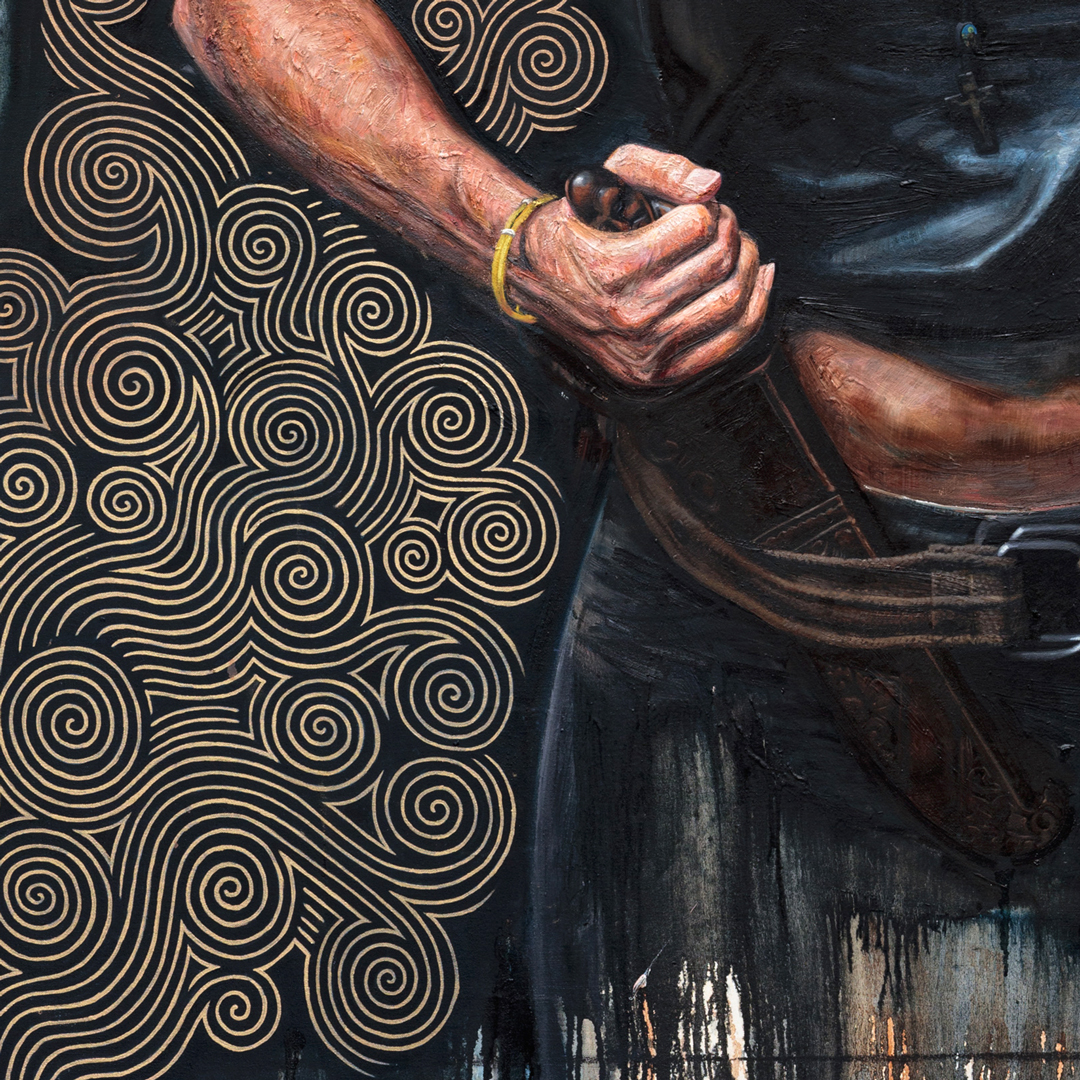 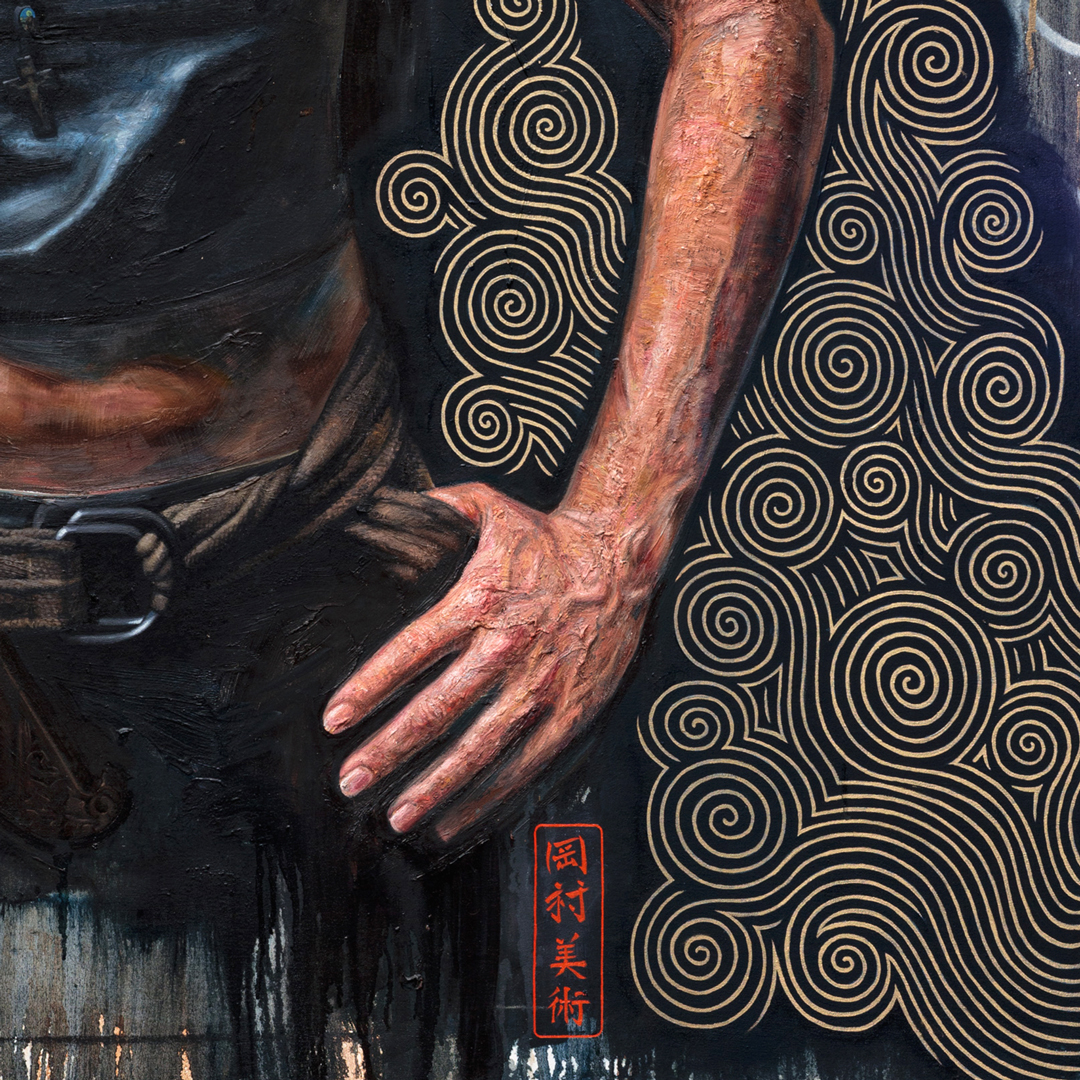 ABOUT THIS ART:
Part of Tim Okamura's "GIRLILLA WARFAIR" series, "Storm Warrior" depicts a squire helping a knight don her armor in preparation for battle. Guided by the Code of the Samurai, this renowned champion is responding to a call to arms - she is prepared to take up the fight against social injustice and to defend the defenseless from the tyranny of evil plaguing our society. Black clouds roll in as the sky darkens, signaling impending conflict - she will harness the transformative power of the storm, and wield the ability to manifest lasting change and elevated consciousness. She is an Onna-bugeisha, and a key member of the leadership of a mysterious underground alliance - a noble sisterhood known as The Warriors of Light.
MORE
ABOUT Tim Okamura:
Tim Okamura investigates identity, the urban environment, metaphor, and cultural iconography through a unique method of painting – one that combines an essentially ‘realist’ approach to the figure with collage, spray paint and mixed media. The juxtaposition of the rawness and urgency of street art and academic ideals has created a visual language that acknowledges a traditional form of story-telling through portraiture, while infusing the work with resonant contemporary motifs. 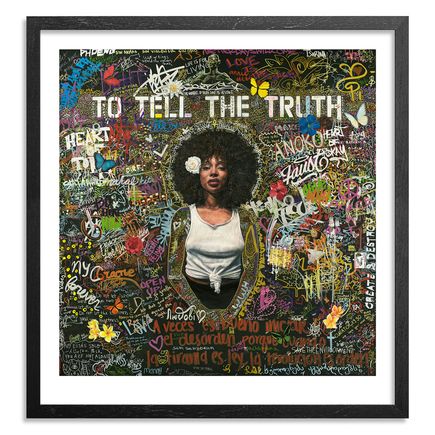 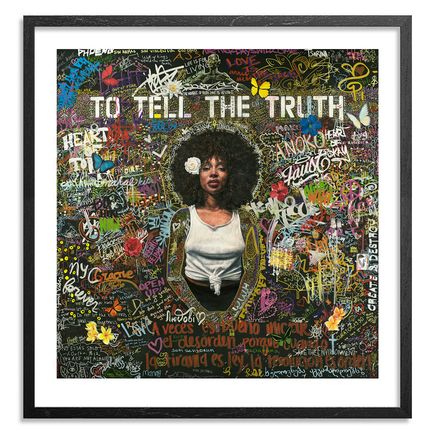 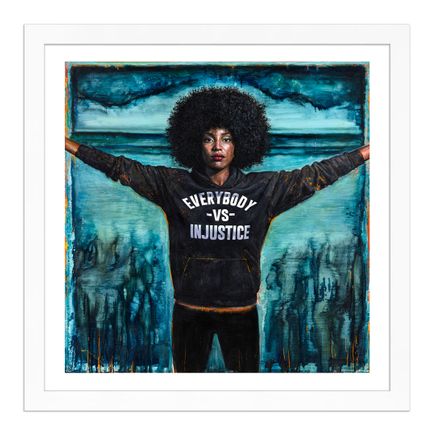 Tim Okamura
Everybody Vs. Injustice - Oversized Edition
SOLD OUT
Run of 100
Favorite 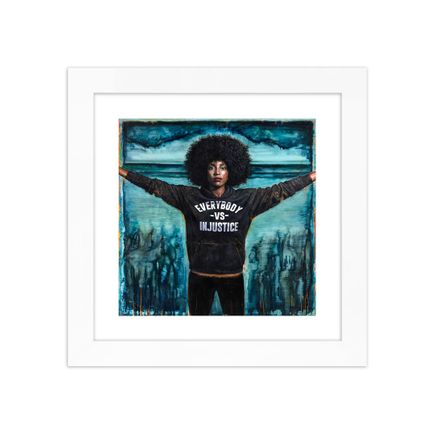 Tim Okamura
Everybody Vs. Injustice - Standard Edition
SOLD OUT
Run of 15
Favorite 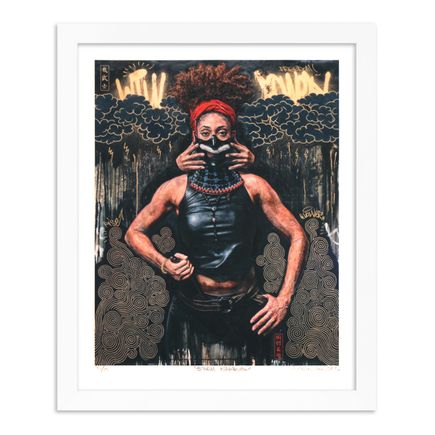