SOLD OUT
Favorite
IN THIS COLLECTION:
You Can't Get Enough
2 Artworks0 Available 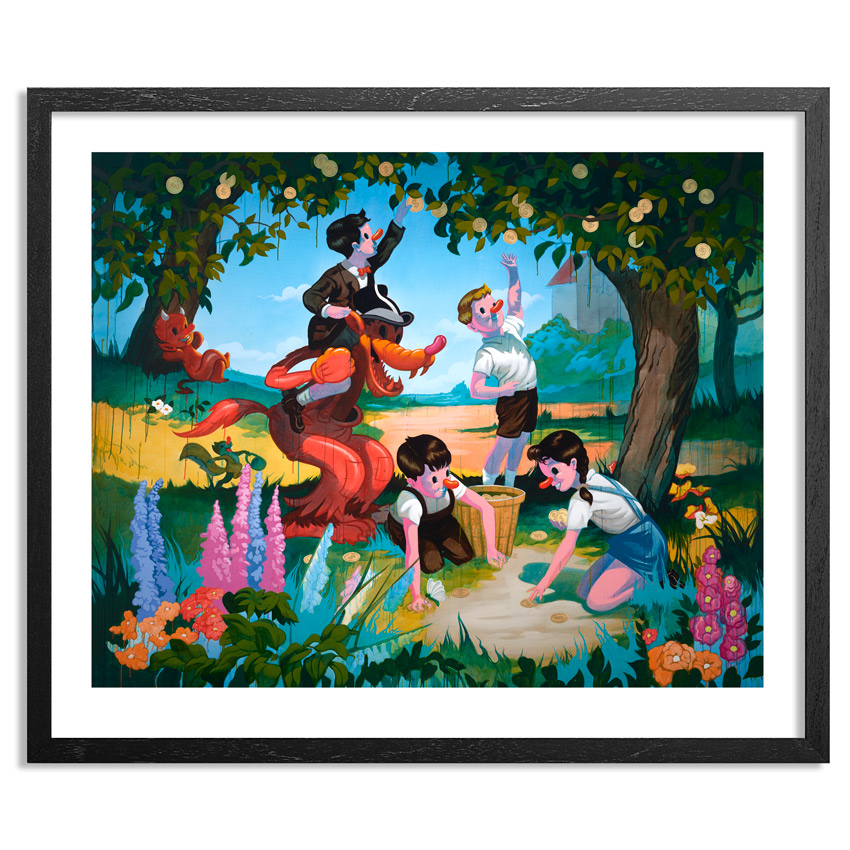 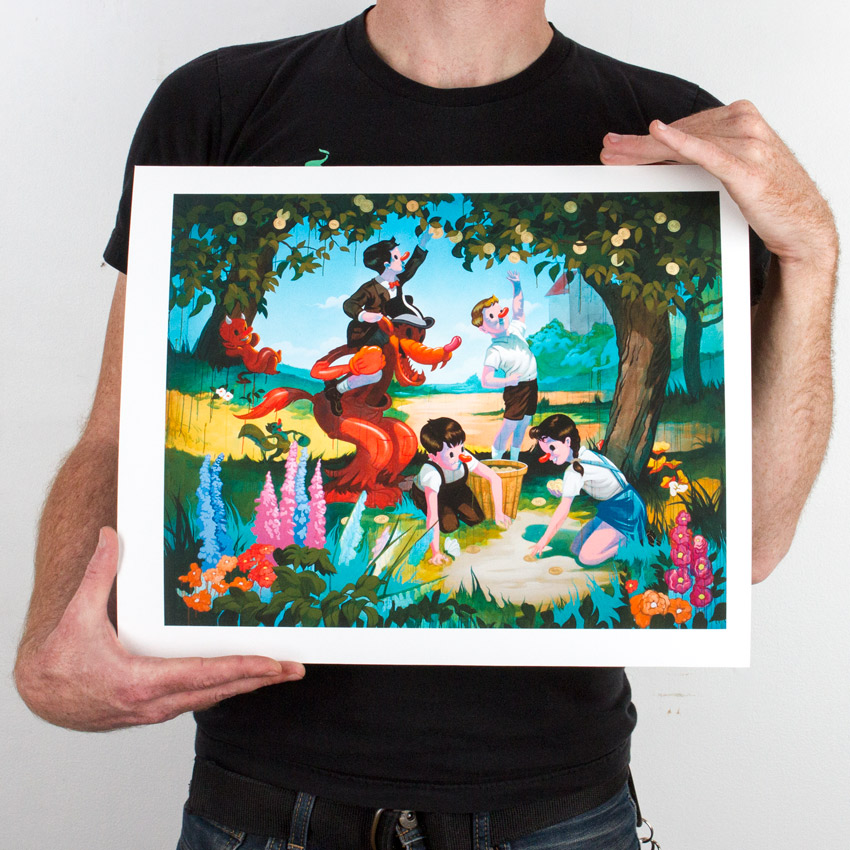 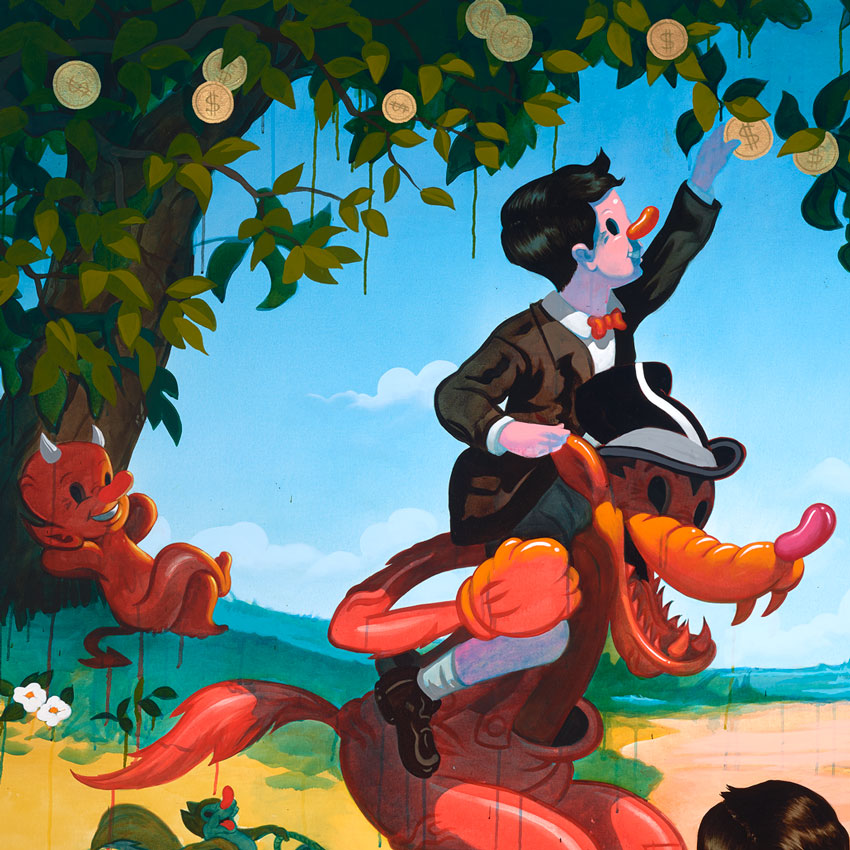 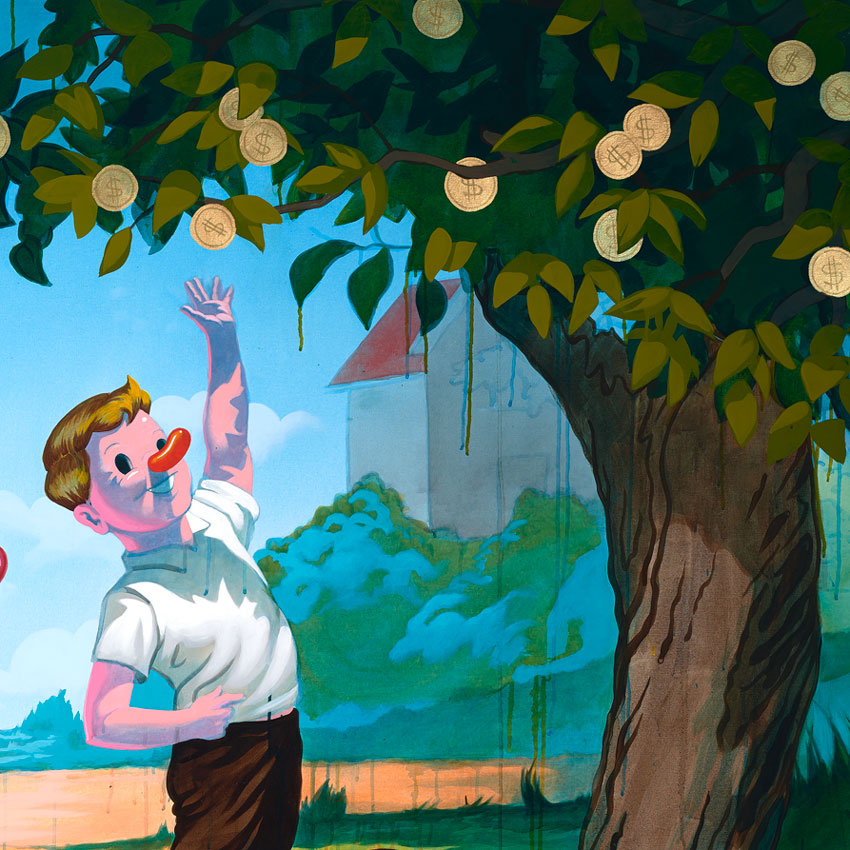 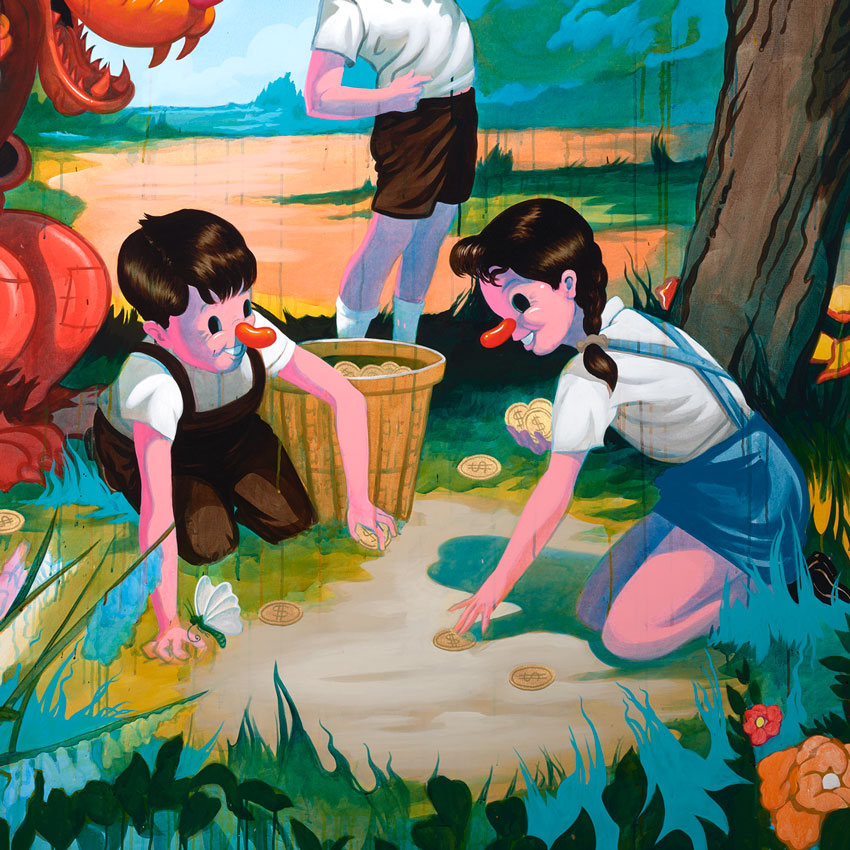 "You Can't Get Enough is the second painting in a new series of big canvases that I started this year with The Big Dream, for my show Born in ’73 at KP Projects. This piece debuted at Corey Helford’s 10th Anniversary Show in Los Angeles in September, traveled to the Ch.ACO art fair in Chile most recently, where it was sold.

I collected hundreds of vintage books for children’s education from the 1930s to the 1960s. I took the optimism and happy colors from these illustrations. The Big Dream series is finally an ironic vision about the broken dream of capitalism." - Victor Castillo


ABOUT THE ARTIST:
Victor Castillo was born in Santiago, Chile in 1973, the same year that military dictatorship was established in his country. He began drawing obsessively at the age of five, inspired by the animations he saw on television, science fiction movies, and the illustrations on record covers such as Pink Floyd’s “The Wall”. Following studies at the University of Art and Social Sciences (ARCIS) and the Catholic University of Chile, from which he was expelled, Victor joined an independent experimental art collective in Santiago.

In 2004 Victor moved to Barcelona, Spain, where he dedicated himself to painting and established his style with references to comics, graffiti, and old master paintings, particularly Goya’s. His Explicit Lyrics exhibition in 2007 was a critical success with the national newspaper El Paíspublishing a full-page article about his tragicomic vision titled The Triumph of Pop Surrealism. In 2010 Victor moved to Los Angeles, USA, where he is currently based.

Victor tells stories in his paintings. As if it were a contemporary chronicle, his work appropriates the narrative logic of illustrations for children’s stories, and the aesthetics of classic animations, to present us with allegories about cruelty, fear, rebellion, greed, indoctrination, violence, and other abuses of power that the artist sees being imposed worldwide. His colorful work has also been described as political poetry coming from the Latin American experience.

Follow Victor on Instagram @victor_castillo_art & Facebook
MORE
ABOUT Victor Castillo:
Victor Castillo tells stories in his paintings. As if it were a contemporary chronicle, his work appropriates the narrative logic of illustrations for children’s stories, and the aesthetics of classic animations, to present us with allegories about human nature and current affairs. His humorous and colorful work has also been described as political poetry coming from the Latin American experience. Victor was born in Santiago, Chile in 1973, moved to Barcelona, Spain in 2006, and then to Los Angeles, California in 2010, where he currently resides.
MORE
MORE FROM Victor Castillo
Run of 1
ARCHIVED
This run is not on sale. Check the product page for more info.
Favorite 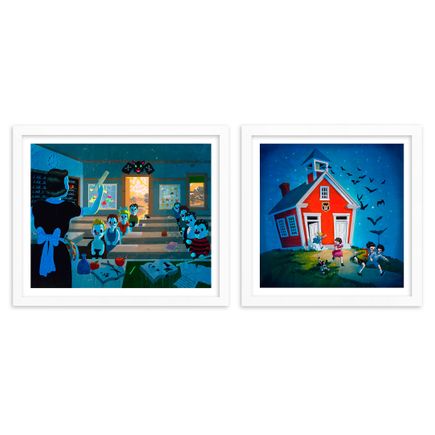 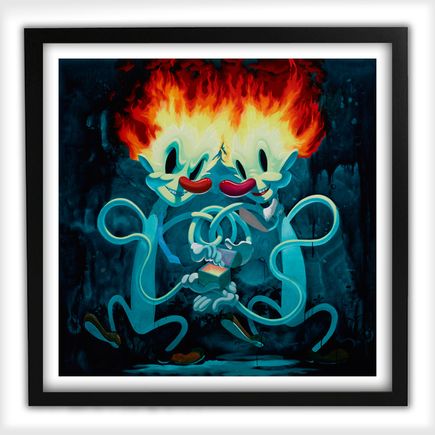