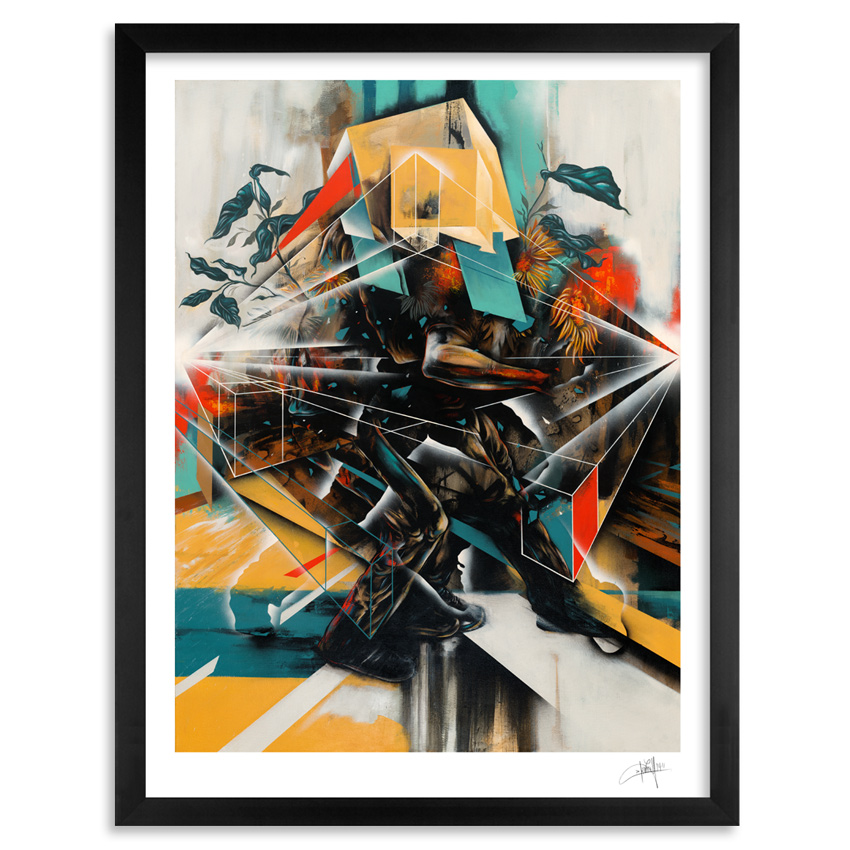 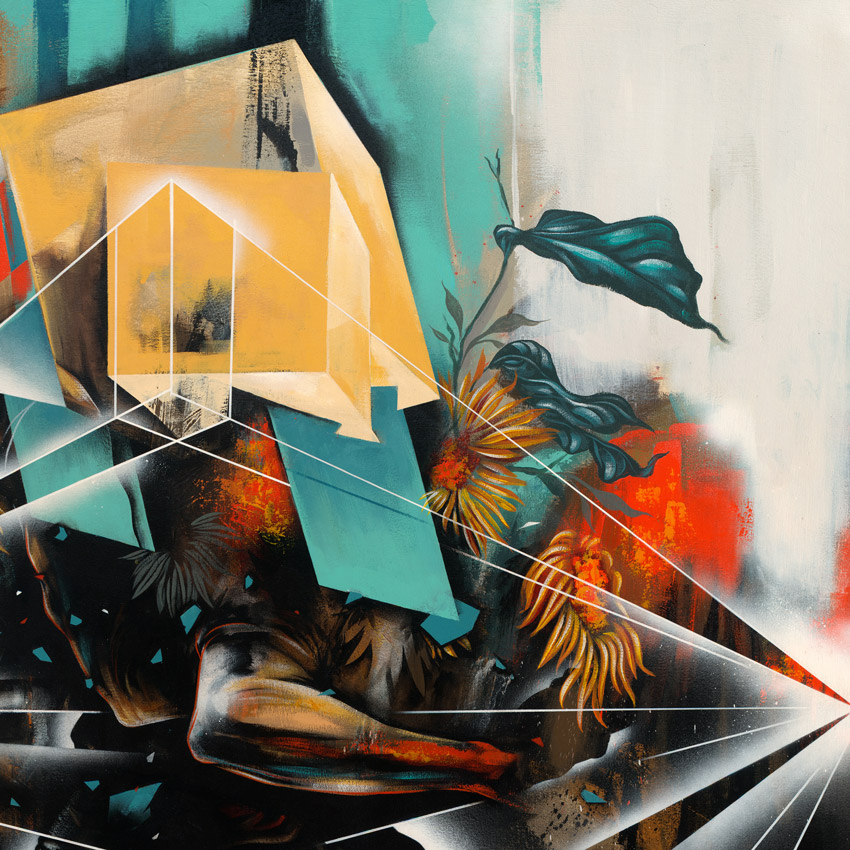 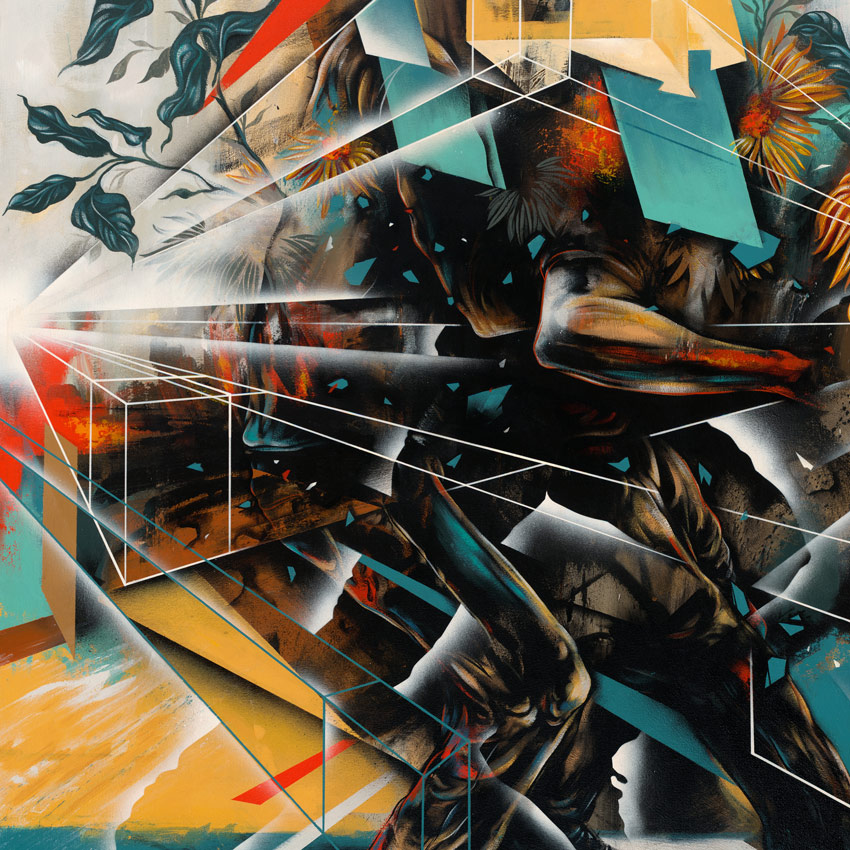 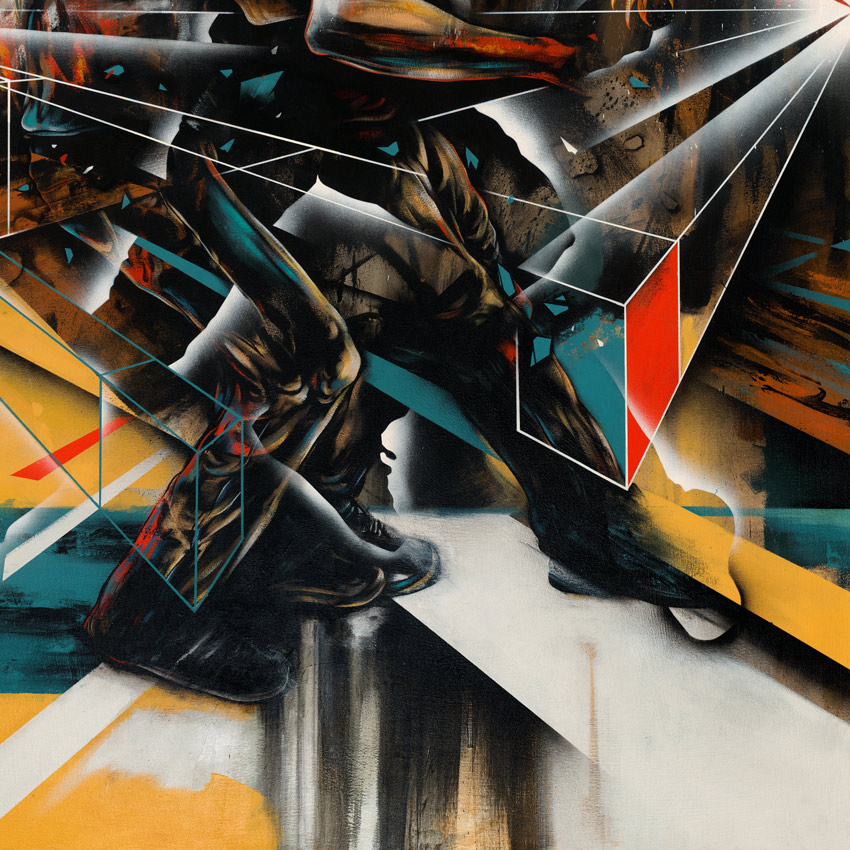 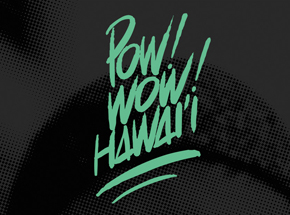 IN THIS COLLECTION
Pow Wow 2014 Featured Artists
20 Artworks
About this Art
"This piece was created in 2011 using a mix of acrylic, spray enamel and collage on canvas. I created this piece for an art fair in Los Angeles. It wasn’t part of a series, but a lot of my work is based on political, social or environmental upheaval so it does fall into that context.

I came up with the idea for this piece during the UK riots in 2011 that took place after the shooting death of Mark Duggan by police there. After looking at tons of images online, I noticed a commonality in the pictures; a linear perspective that was being cast from all the lines painted in the streets intended for pedestrians and traffic. I began to see these angles and lines as metaphors for control, which in this state of chaos became a contradicting element. I used this notion to create tension in Riot & Reason." - Dave Kinsey

This RUN comes signed, numbered and with a Certificate of Authenticity from Dave Kinsey and 1xRUN. 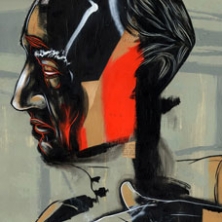 Dave Kinsey
Los Angeles, California
To follow Dave Kinsey you must be a member.
Already a member? Log In
SIGN UP
FOLLOW
Dave Kinsey was born in Pittsburgh, Pennsylvania, in 1971 and attended the Art Institute of Pittsburgh and Atlanta before moving to California in 1994 to pursue a career as a designer and fine artist. His work attempts to capture the universal essence of the human condition mainly through a symbolic portrayal of contemporary life. Utilizing a range of mediums, he constructs multi-layered, textured environments that echo the complexities of our existence. His fine art has been shown in galleries and museums worldwide and has been featured in local and international print and online publications from The New York Times and Washington Post to Hypebeast. Among many varied art and design accomplishments, Kinsey was recently selected to participate in an international Absolut artist campaign leading to the commissioned design of a signature Absolut Vodka bottle in 2013. 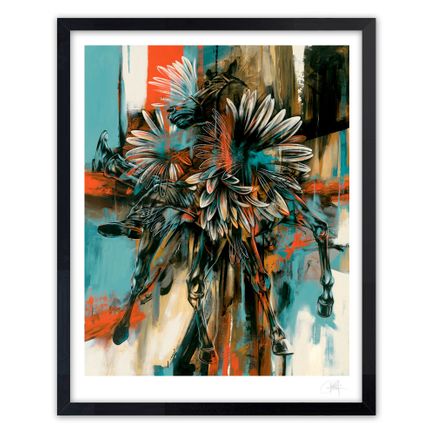 SOLD OUT ITEM
This product is sold out with very little chance of returning in an archive sale.
EDITION OF 125
19 x 20 Inches
Giclee on 330gsm 100% Archival Cotton Paper 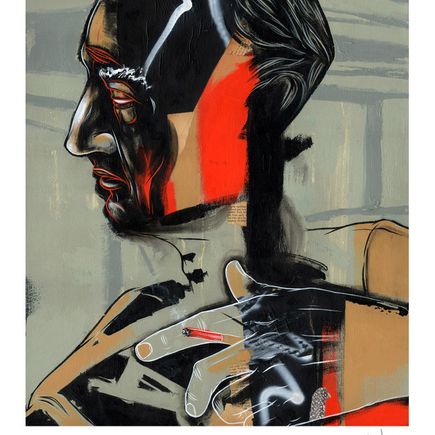 SOLD OUT ITEM
This product is sold out with very little chance of returning in an archive sale.
EDITION OF 124
12 x 16 Inches
2-Color Screen Print 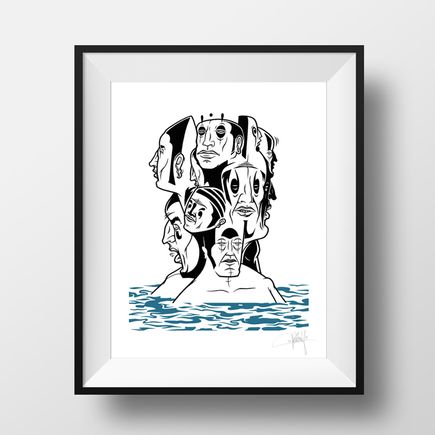 SOLD OUT ITEM
This product is sold out with very little chance of returning in an archive sale.
EDITION OF 50
22 x 28 Inches
Archival Pigment Print and 6-Color Screen Print with Hand-Embellishments on 310gsm Museum Natural Fine Art Paper 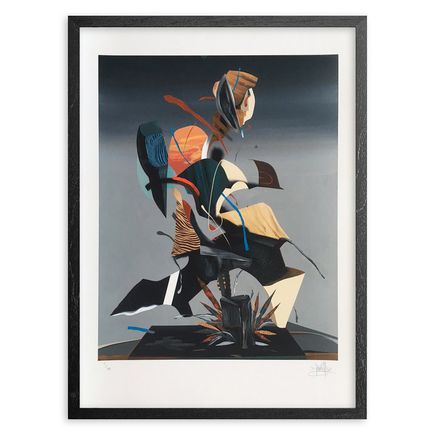 SOLD OUT ITEM
This product is sold out with very little chance of returning in an archive sale.
EDITION OF 50
20 x 12 x 10 Inches - 1lb 13oz
PVC-Free, Eco-Friendly Polyurethane-Coated Nylon Fabric 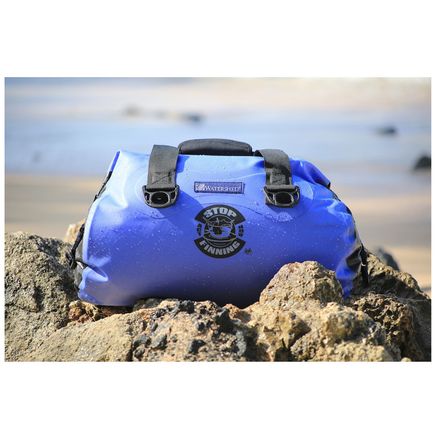 SOLD OUT ITEM
This product is sold out with very little chance of returning in an archive sale.
EDITION OF 25
24 x 10 x 6 Inches - 1lb 11oz
PVC-Free, Eco-Friendly Polyurethane-Coated Nylon Fabric 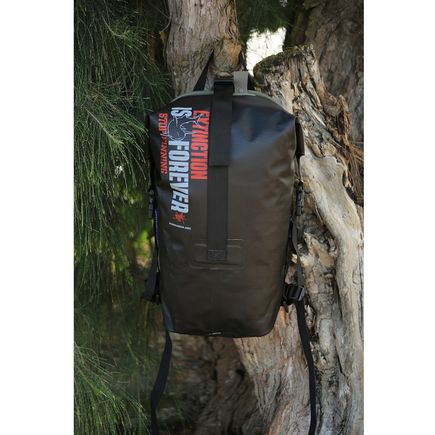 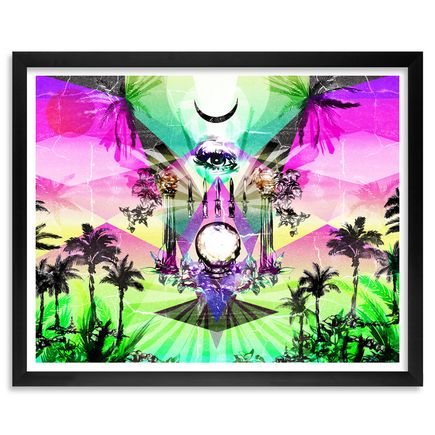 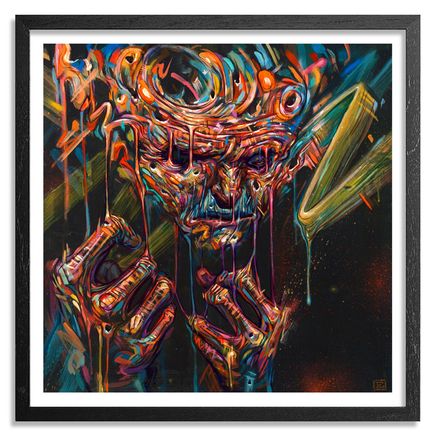