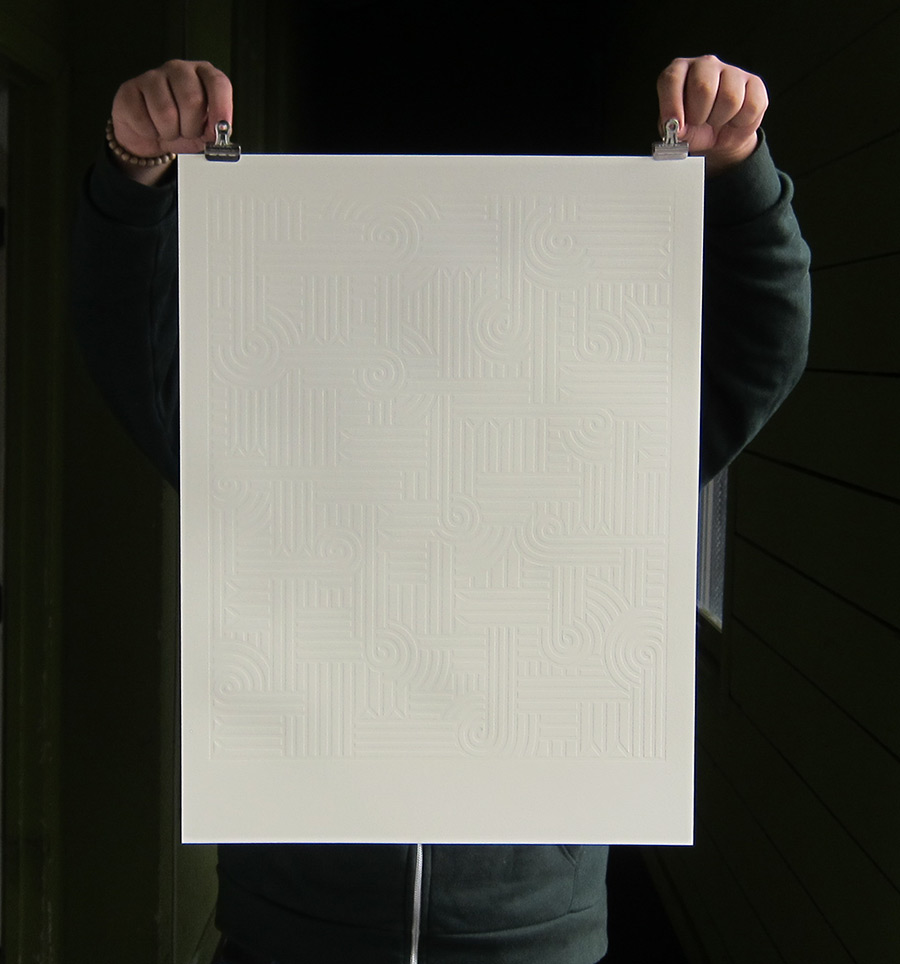 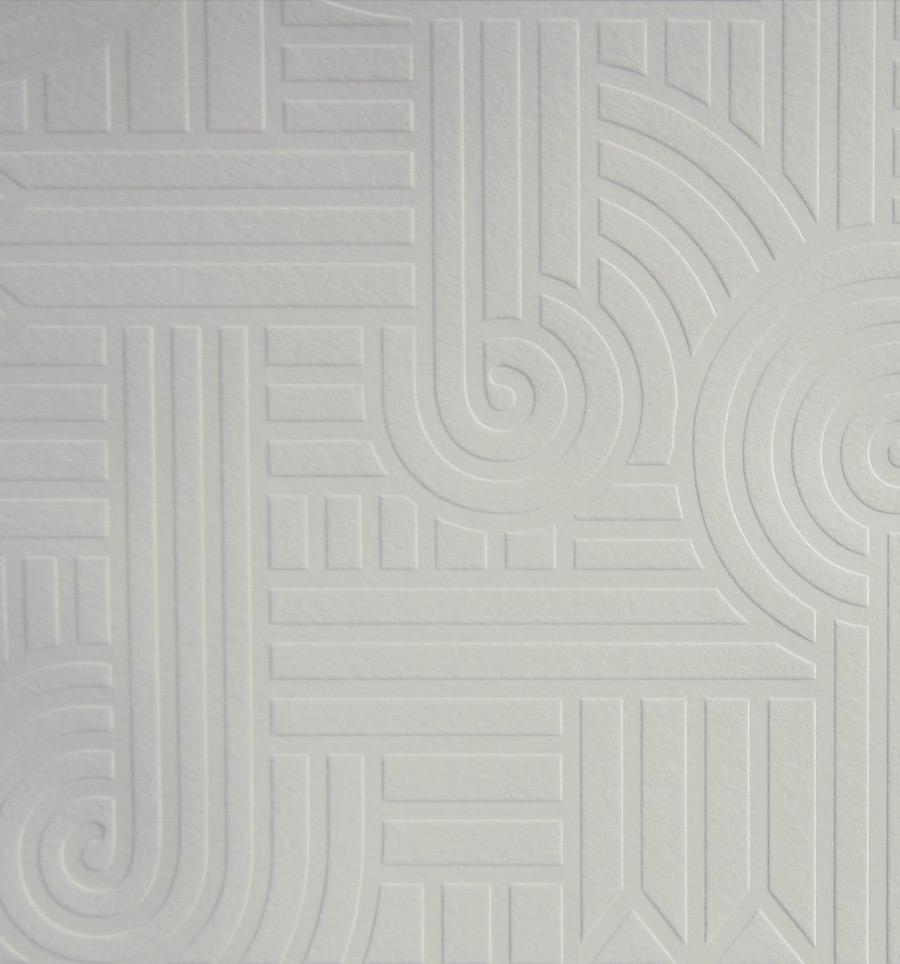 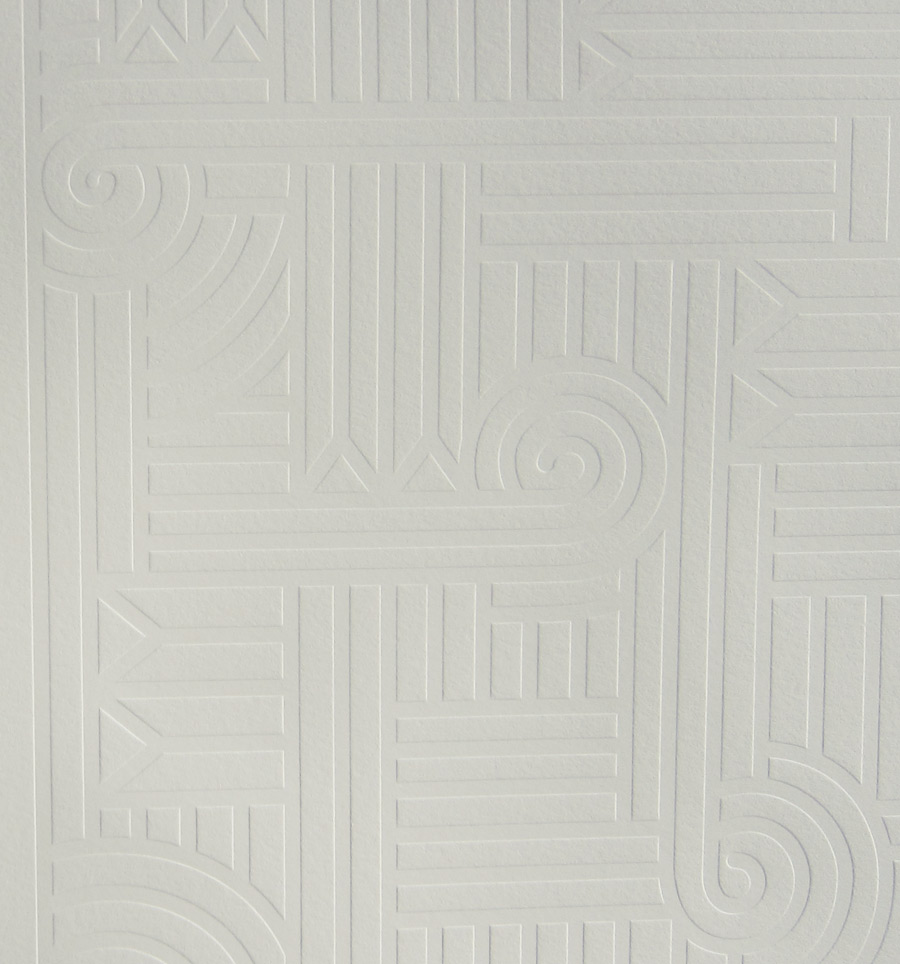 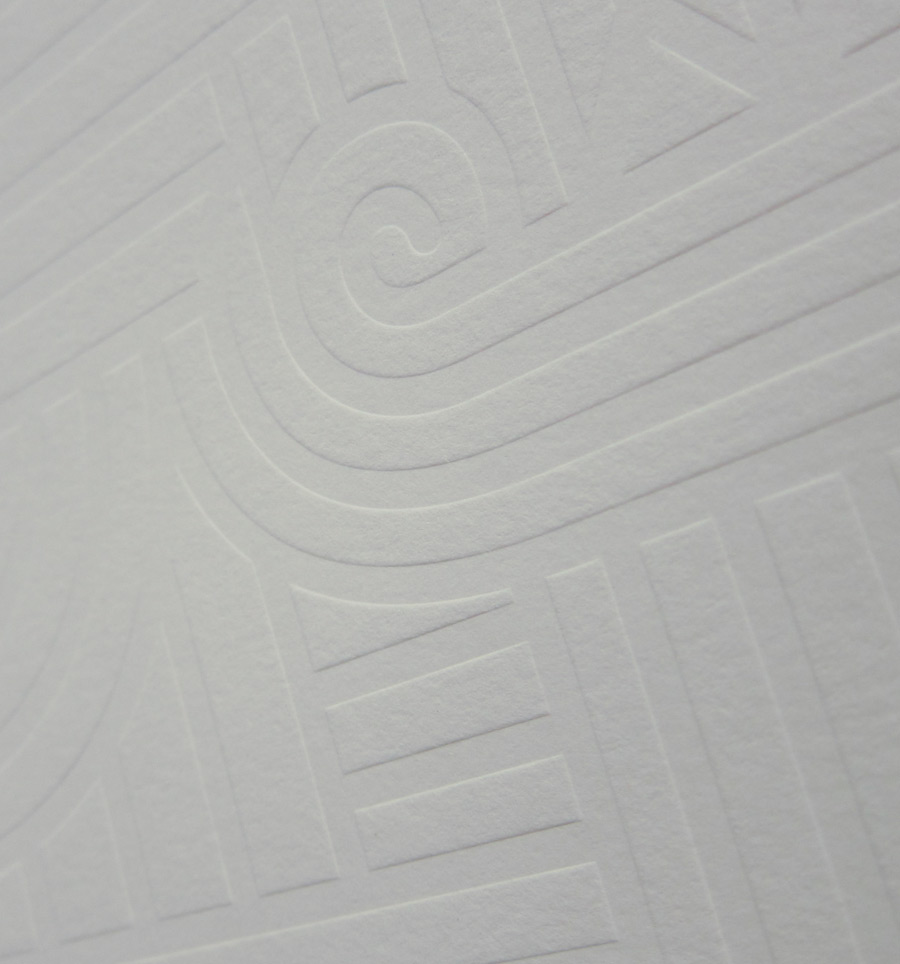 
"This piece was created out of a drawing I used to create a print for a past show titled "Most Oddinism". When approached by 1xRUN I knew I wanted to do something that was new for my work. I decided to use the existing artwork as I felt the amount of negative space really worked with the application of the letter press application.

For this piece I just knew that I wanted this print to be one that I wanted the viewer to touch and feel if possible. I know it's not the right or appropriate thing to do with prints but I figured oh well. I'm moving into a new direction with my work and this print is just one example of the other ways I would like to involve my audience." - Aaron De La Cruz

This RUN is signed, numbered and comes with a Certificate of Authenticity from Aaron De La Cruz and 1xRUN.

MORE
ABOUT Aaron De La Cruz:
Aaron De La Cruz's work, though minimal and direct at first, tends to overcome barriers of separation and freely steps in and out of the realms of design, graffiti, and illustration.

The parameters he has chosen to work within actually allow him to free himself and react to the very limitations he has created. This overriding structure and the lack of deliberation while moving within creates a tension when encountering his work due to the almost computer generated grid like systems he creates by unplanned markmaking. The act and the marks themselves are very primal in nature but tend to take on distinct and sometimes higher meanings in the broad range of mediums and contexts they appear in and on.

His work finds strengths in the reduction of his interests in life to minimal information. De La Cruz gains from the idea of exclusion, just because you don't literally see it doesn't mean that its not there. 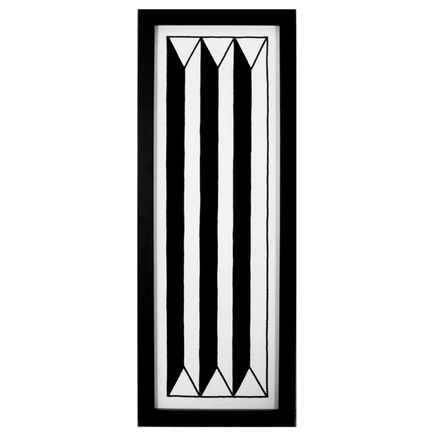