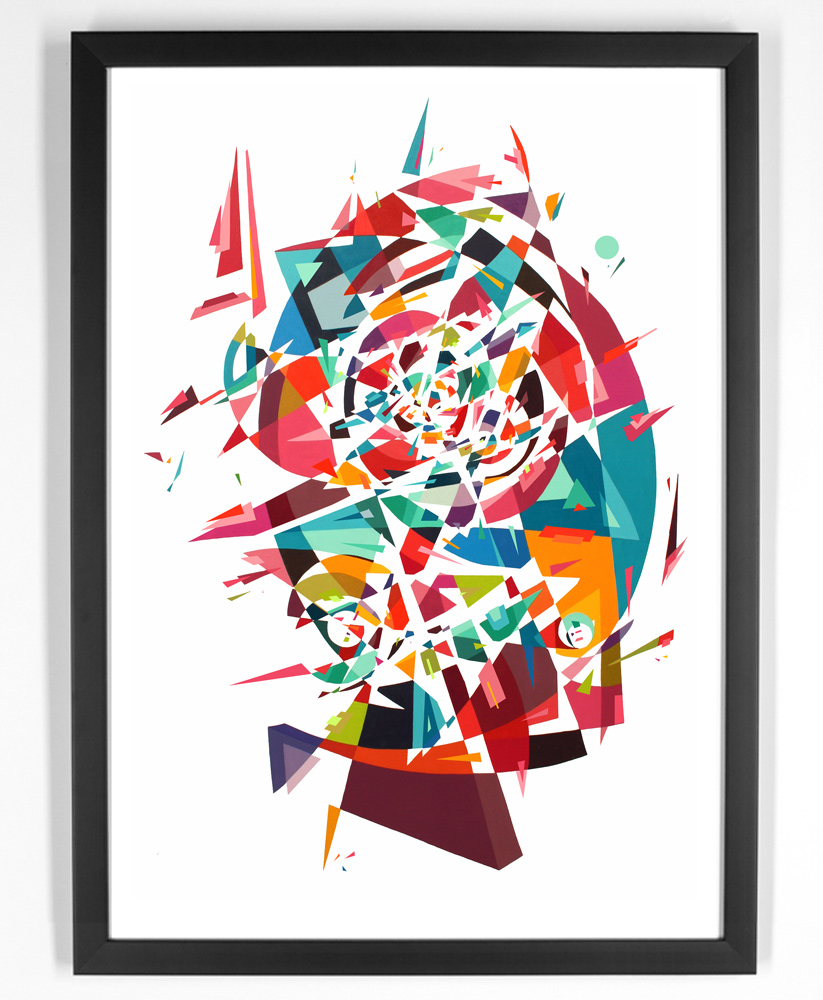 
"I did this piece in June of 2013 using spray paint on canvas and it took me about two months to complete. In this piece I transform electronic music in pictures and deconstruct the form into what you see here." - Kenor

This RUN come signed, numbered and with a Certificate of Authenticity from Kenor and 1xRUN.