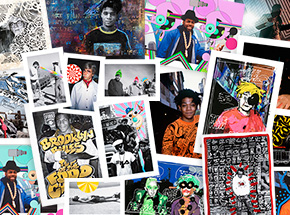 Cookiepussed - From My First Beastie Boys Shoot. May. 1986. NYC.

Edition Size 50SOLD OUT
Don't miss the next Ces release!
Subscribe to our newsletter and be the first to know about new product releases. You will also receive:

• Early Access
• Exclusive Content
• Artist Features & Interviews
SIGN UP
About The Artist
Born Robert Michael Provenzano in 1970 in the Bronx (NY) to a middle class family, Ces began writing graffiti in the early 80s. He’s part of the second wave of writers, those that innovated in letters.