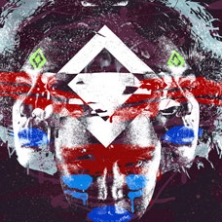 150SOLD OUT
Don't miss the next Askew One release!
Subscribe to our newsletter and be the first to know about new product releases. You will also receive:

ASKEW, Known Gallery, and 1xRUN have teamed up to raise money for REVOK’s Legal Defense Fund

Today we’re releasing a print by ASKEW, and 100% of the proceeds will go to REVOK’s legal defense fund. In light of the recent arrest of REVOK, we’re releasing this print to help the cause. REVOK has been a big supporter of past 1xRUN releases and we’re down to do what we can to help.

"A few weeks ago I completed this painting for my good friend Revok. At the time it was purely a symbol of appreciation for the support and friendship he has shown me over the time I've known him. At the time I put this image up on the Internet I said that it's one thing to meet an artist that you admire so much and they give you the time of day but for them to become such a loyal friend, so staunchly in your corner -that's something I'm grateful for beyond words.

It saddens me that today I know my friend has been dragged into the system - a system that fears what he represents to others and as a result he is subject to being made an example of to deter others. In the midst of Los Angeles' current climate, with a war waged on art in public space that is excessive to say the least I also feel that Revok has become a symbol for the city and law enforcements anger. The danger of this is the way it can skew the course of true justice and the basic right to a fair and objective treatment within the system.

Those that know the entire story know what I am talking about. The lengths that law enforcement, particularly the LA County Sheriffs Department have gone to harass Revok over the past 3 years. The amount of energy and resources that have gone into pursuing and convicting him could only be justified if what I am saying is correct. Revok has transcended beyond being just another person doing graffiti to become a leader and a major influence on writers the world over. There is significant power in that - he has become a symbol and the powers that be seek to destroy that.

My fears for my friend is that although he has been sentenced that it's not over. Now that he is trapped within the system they could potentially seek to charge him with more - a fact alluded to in yesterday's news reports. This is a tactic often employed by law enforcement - to make defending yourself a financially exhaustive scenario, not to mention with significant restrictions of communication being that he is already incarcerated. It is not cheap to defend yourself in the US legal system and with no means to earn money while locked up this a very real concern.

This is why today I'm appealing to Revok's fans, friends and supporters to do what they can to help him out. The good people at 1XRun have offered to run an edition of this wall I painted as a quality Giclee print to help raise money for any costs related to supporting Revok in this crazy situation.

I thank you all in advance for your time and support. Let us as a community set a positive precedent and stand up for a person that has given so much influence to this art form." - ASKEW


CONTINUE READING
Askew is a multi-disciplinary artist mostly renowned for his graffiti art paintings. Widely regarded as one of the New Zealand graffiti scene’s driving forces, he has managed to remain at the forefront of the movement (both in New Zealand and throughout the world) whilst working tirelessly behind the scenes in a diverse array of projects.

Askew’s indoor canvas works are influenced by double exposure photography, bold illustrative lines reflective of comic books and the graphic power of the letter. This is also seen in his public mural works in which his attraction to ‘bigger is better’ is highly precedent.

With an abundance of achievements and experiences almost 20 years in the graffiti scene which include a guest artist invite to Primary Flight - Art Basel Miami and taking out two consecutive ‘Write 4 Gold’ world titles as part of TMD crew (who remain undefeated), Askew is also versed in graphic design, illustration, photography, publishing, music and moving image. A self-taught, self-sufficient one-man army with no formal art qualifications behind him, Askew is an artist schooled by life itself.

ARCHIVED ITEM
This product is archived in our warehouse. It is not currently on sale, but could come back at any time.
EDITION OF 50
17 x 17 Inches
Archival Pigment Prints on 310gsm Fine Art Paper
SEE DETAILS

ARCHIVED ITEM
This product is archived in our warehouse. It is not currently on sale, but could come back at any time.
ORIGINAL ART
48 x 48 Inches
Enamel and Acrylic on Plexiglass
SEE DETAILS

ARCHIVED ITEM
This product is archived in our warehouse. It is not currently on sale, but could come back at any time.
ORIGINAL ART
48 x 48 Inches
Enamel and Acrylic on Plexiglass
SEE DETAILS