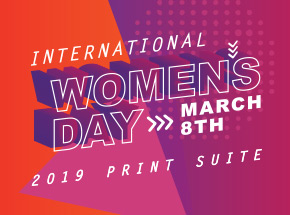 IN THIS EXHIBITION
International Women's Day 2019
SHARE AND EARN $

Leave Me Do The Thinking, Pet - Midnight Variant

Edition Size: 50SOLD OUT
Don't miss the next Niagara release!
Subscribe to our newsletter and be the first to know about new product releases. You will also receive:

• Early Access
• Exclusive Content
• Artist Features & Interviews
SIGN UP
About The Artist
While attending the University of Michigan in 1974, Niagara and Mike Kelley formed Destroy All Monsters. The band, known to fans as DAM, was active until 1985, earning international recognition due largely to the presence of former members of The Stooges and the MC5. Later, she fronted the supergroup Dark Carnival (with Stooges guitarist Ron Asheton and his brother Scott Asheton, Stooges drummer).

"The Niagara Girl" - in many guises - represented feminist swagger with drop-dead-gorgeous looks and a dangerous demeanor. She offered hard-boiled, tough talking women who would rather dispatch a man than put up with rude antics. Her bold, colorful, comic-strip-styled dames in various scenes of malfeasence parallel the modern tone of Callie Khoury's Thelma and Louise. Common ancestors include pin-up girls like Bettie Page and the dark side of 40's and 50's film icons such as Bette Davis, Lauren Bacall and Jane Greer.
CONTINUE READING
More From This Artist
Edition Size: 50
7.5 x 7.5 Inches
Archival Pigment Print on Perforated Blotter Paper