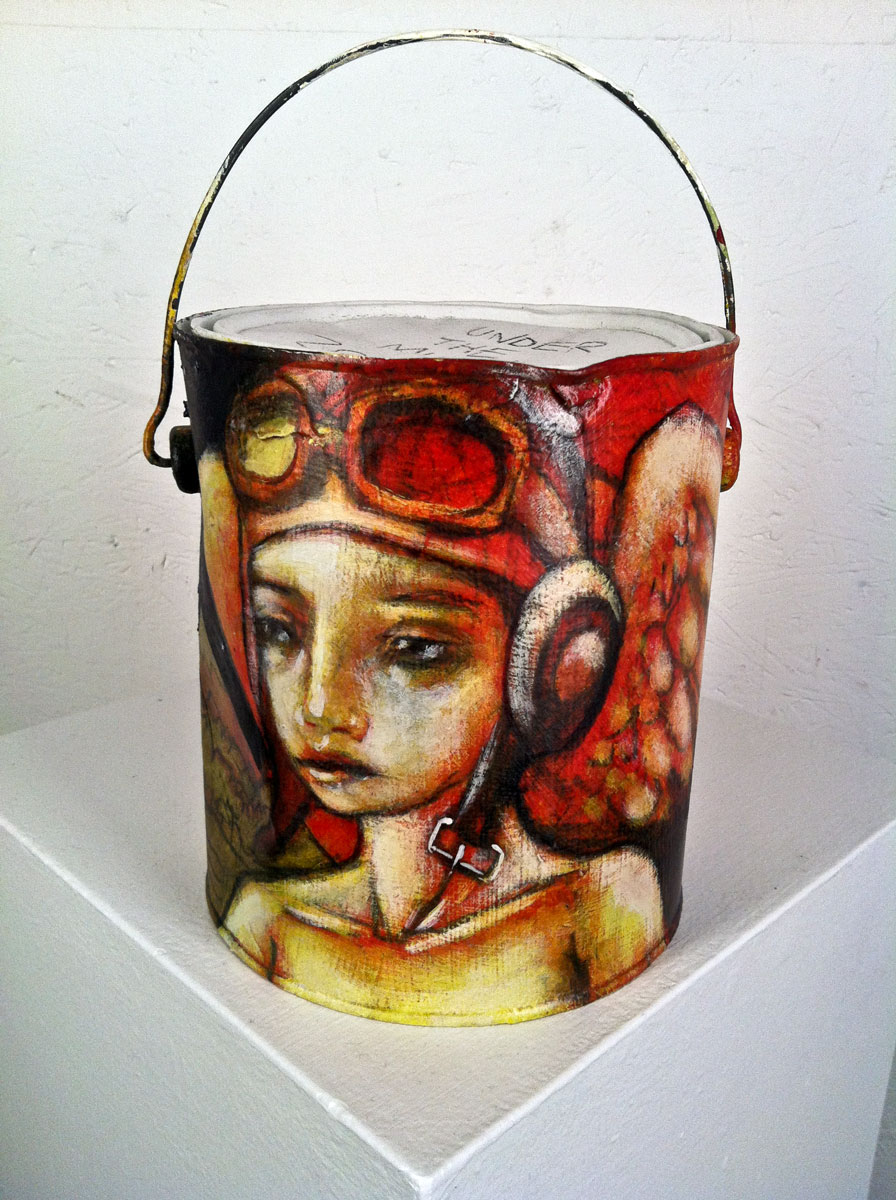 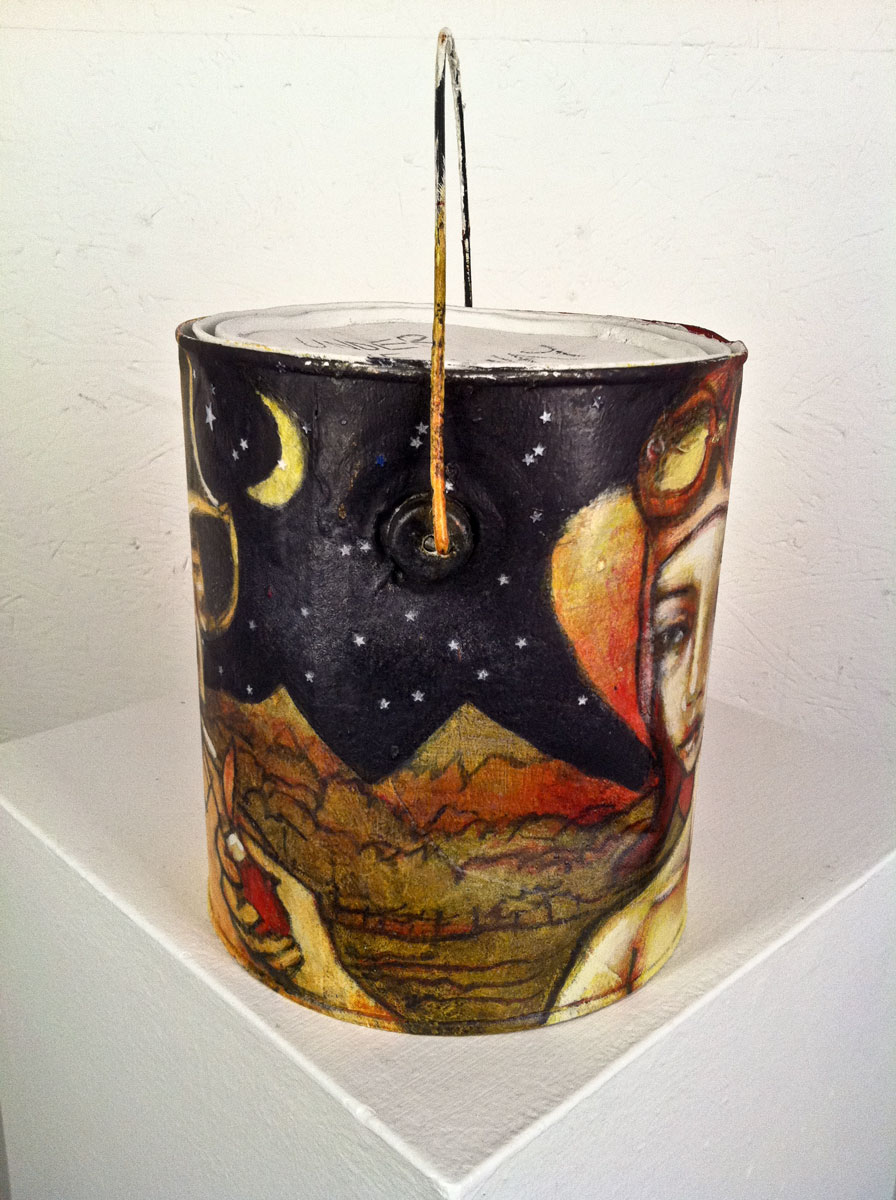 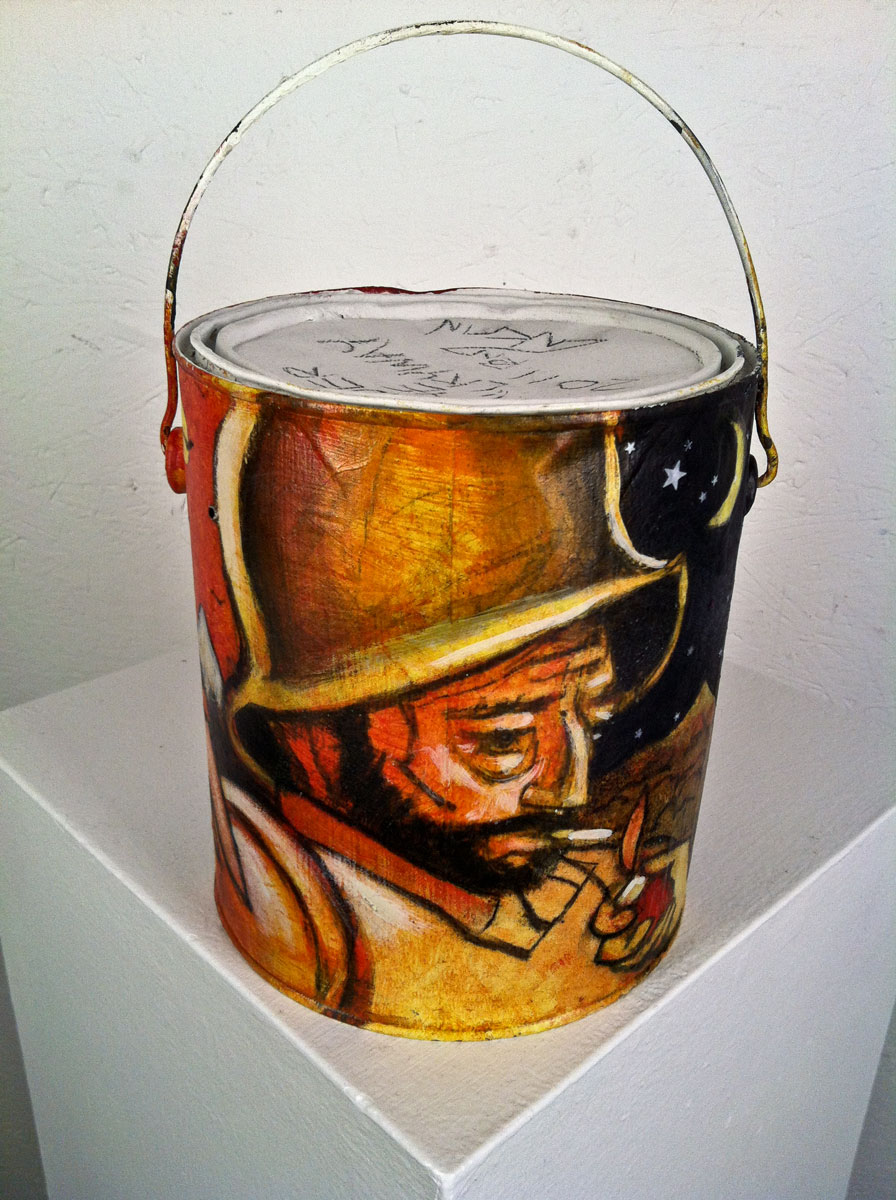 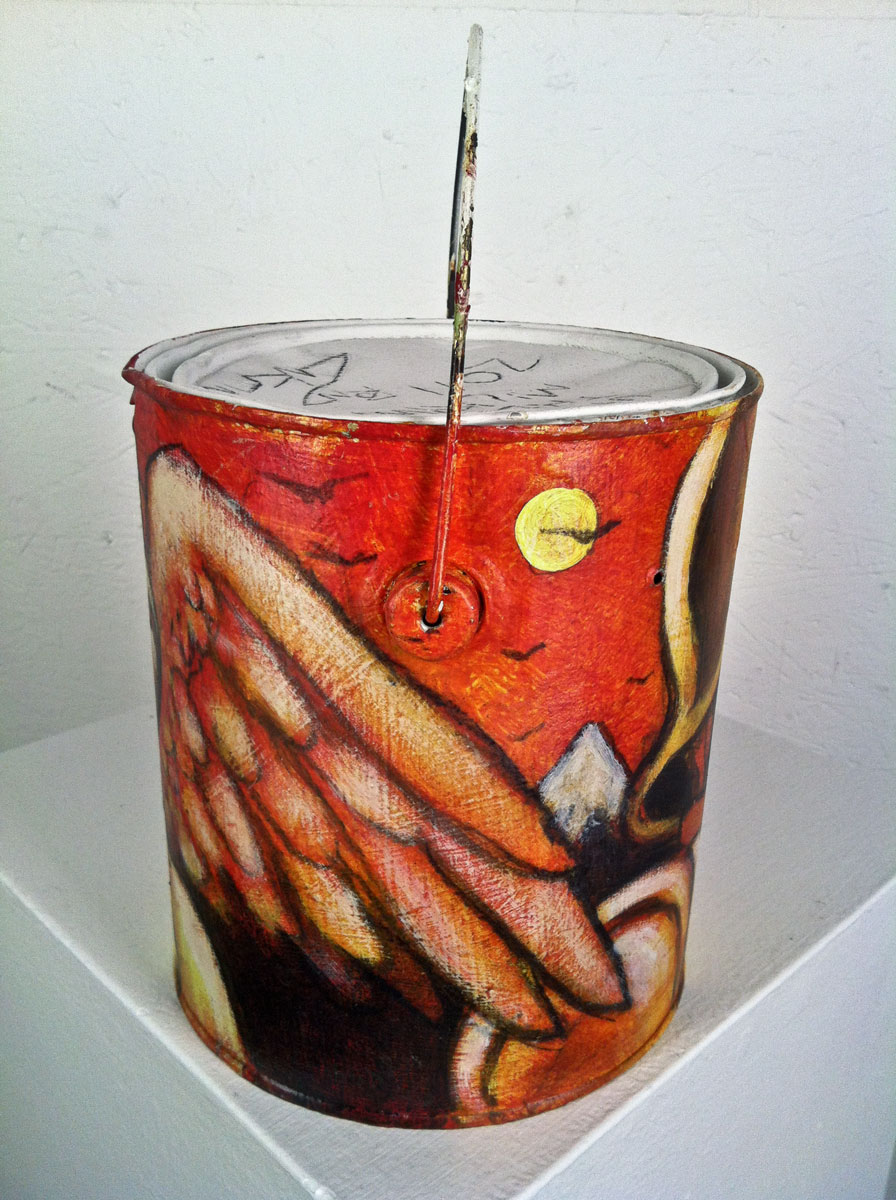 Under The Milky Way 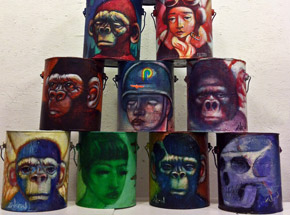 IN THIS COLLECTION
Canned Goods
10 Artworks
Don't miss the next Ron Zakrin release!
Subscribe to our newsletter and be the first to know about new product releases. You will also receive:

• Early Access
• Exclusive Content
• Artist Features & Interviews
SIGN UP
About this Art
Under The Milky Way was created in Autumn 2011
"The piece portrays Gabriel the Archangel as a pilot giving a light to Cortez the Conquistador. In a world where God is nowhere to be found, his messenger Gabriel has nothing to do; the lighting of a cigarette for a man such as Cortez highlights the fall from grace and uselessness of a divine entity. This was one of the very first paintcans that I painted all the way around, creating a narrative that evolves as the viewer rotates the piece. The spray coating at the final stage of producing the piece left a milky haze, which lent itself to the title of the work. I have been painting on paintcans for a long time, so I just picked this one up and started drawing. I had no preconceived idea here, I just put charcoal to can and forms appeared. What began as a standard portrayal of an ace pilot/angel soon evolved as I kept going round the can. The drawing was done in a minute or two, it came out of nowhere. That's when you know something good is cooking, when images appear as though they had been waiting to emerge from the hidden corners of the mind. Sometimes it's as though I'm guided by invisible hands, and this piece is one result of that experience" - Ron Zakrin

1xRun: Why should people buy this piece/print?
Ron Zakrin: People should buy this because it's bad ass and a steal. Plus it is the first panoramic narrative on a paint can that I did. 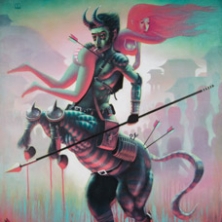 Ron Zakrin
Detroit, MI
To follow Ron Zakrin you must be a member.
Already a member? Log In
SIGN UP
FOLLOW
"I was born at Hutzel Hospital in Detroit. As a kid I wanted to become either an artist, an astronaut, or a master of Kung Fu, roaming the world and using my swift fury to thwart the rising tide of evil. I became an artist as a young man and never looked back." - Ron Zakrin 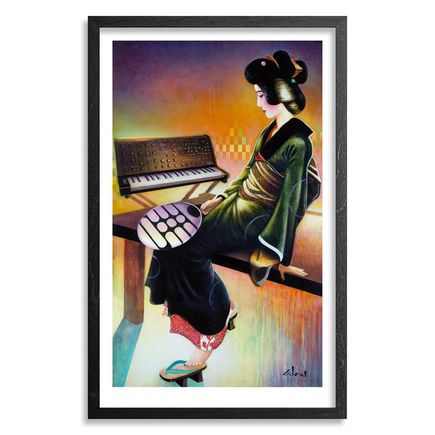 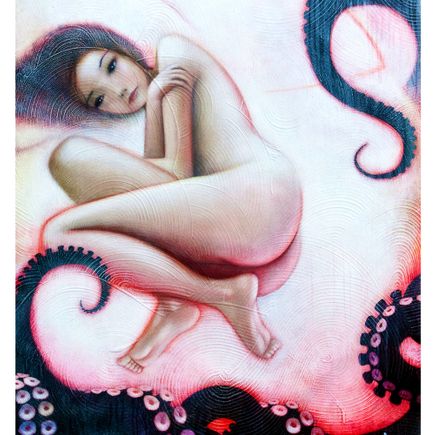 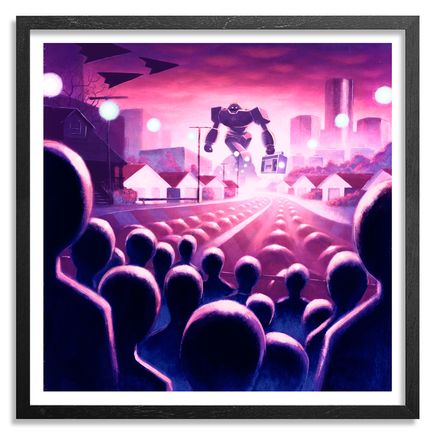 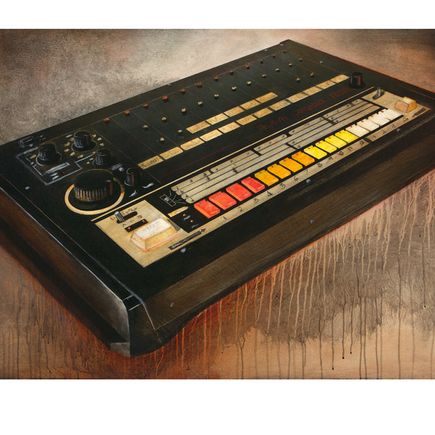 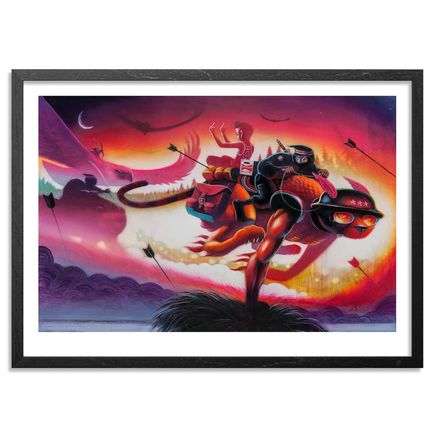