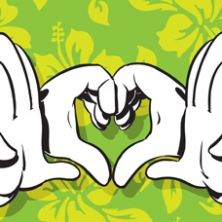 Artist ProofSOLD OUT
Don't miss the next Slick release!
Subscribe to our newsletter and be the first to know about new product releases. You will also receive:

• Early Access
• Exclusive Content
• Artist Features & Interviews
SIGN UP
About The Artist
Slick's rise to the top can be traced back to the mid 80's, from painting on the streets of Honolulu to the mean streets of Los Angeles. Slick spent his early years attending Art Center College Of Design during the day and doing graffiti at night.

ARCHIVED ITEM
This product is archived in our warehouse. It is not currently on sale, but could come back at any time.
ORIGINAL ART
17 x 11 Inches
Pencil and Ink on Paper

ARCHIVED ITEM
This product is archived in our warehouse. It is not currently on sale, but could come back at any time.
ORIGINAL ART
16.5 x 12.5 Inches
Pencil and Ink on Paper